When all is said and done, when we've burned the planet to the ground with a cacophony of Chad Kroeger vocals, let it be known that Kwame started it.

It began innocently enough: my evil, remorseless colleague, Verge news editor Kwame Opam, would Slack links to me (and other Vox Media employees) that appeared to have some news value — or any value at all. But when you clicked on them, you would be redirected to the Nickelback single "She Keeps Me Up."

It became known as the Nickel Roll, for its obvious similarities to the Rickroll that swept the nation nearly a decade ago. Except far more evil, because it's Nickelback. (Chris Plante felt compelled to write about this video, by the way.)

But then things started to escalate. After the second or third Nickel Rolling — I can't remember, it's all a blur now — I took matters into my own hands and started returning the favors. I lured Kwame in with the promise of an Avengers: Age of Ultron press briefing. 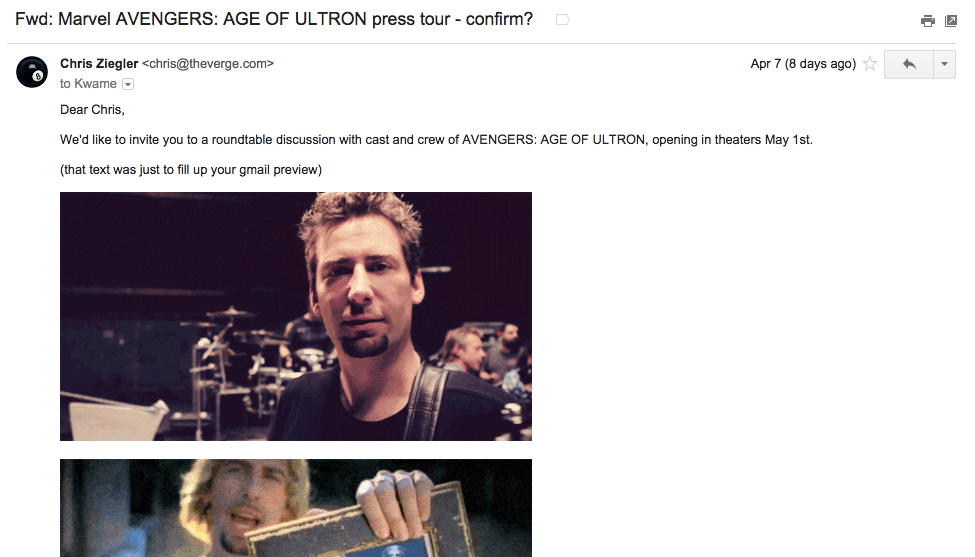 Maybe that was a mistake. I don't know. Maybe it was one step too far. Kwame took things to another level, planting Chad Kroegers in my jacket that I would only discover hours later. On the back, an ominous note: 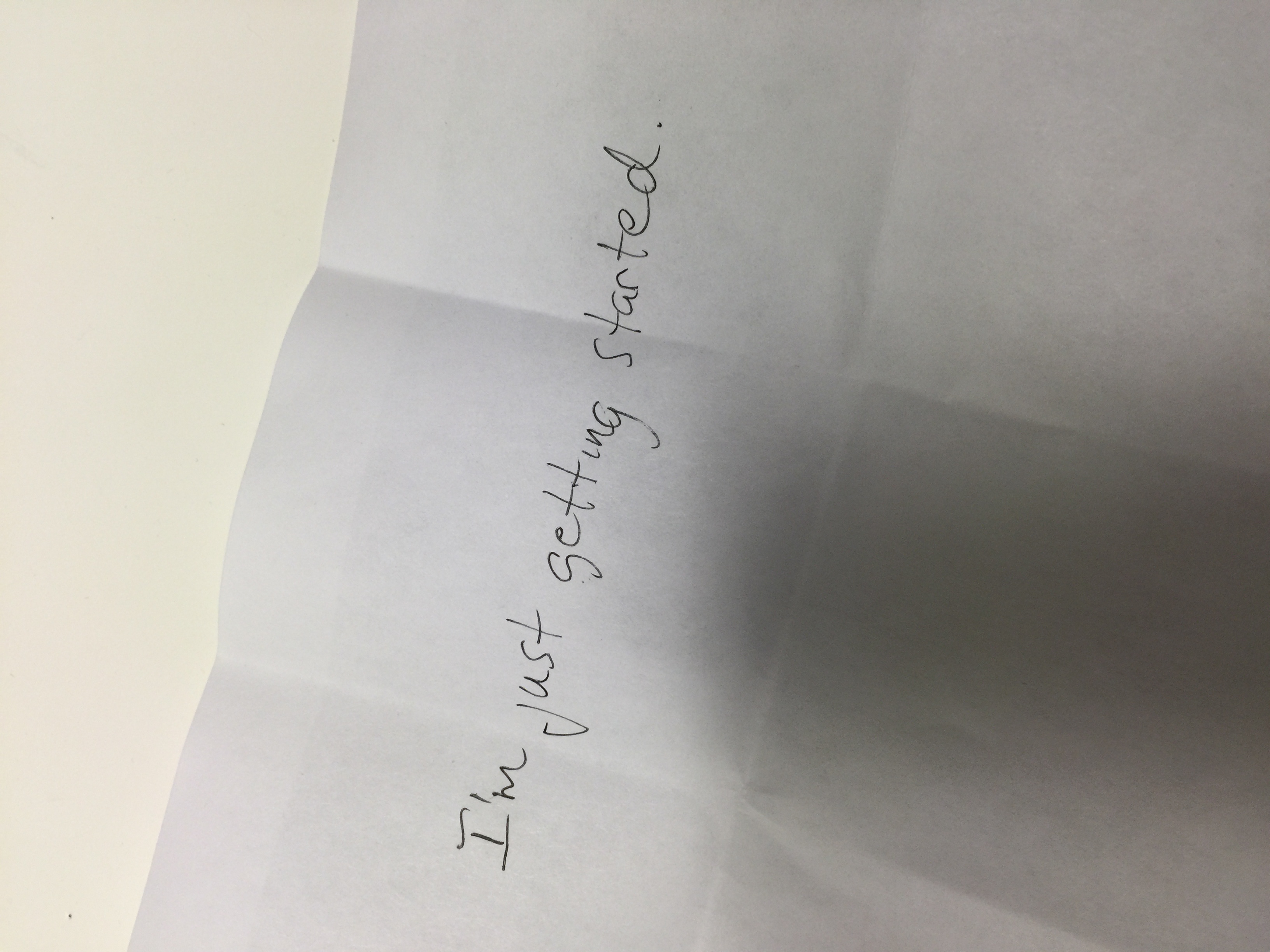 So I took things to the next level, as they say: I ordered a custom, hand-drawn Nickelback sticker online and stuck it to the back of Kwame's laptop while he was in the bathroom. 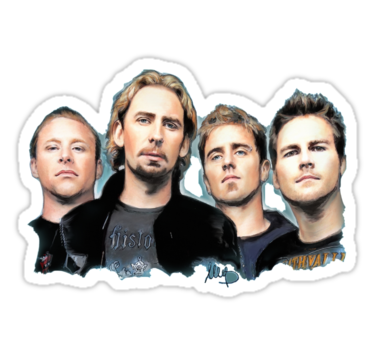 I think that pushed Kwame over the edge. When I came into the office this morning, my entire workspace was covered in Chad Kroegers. 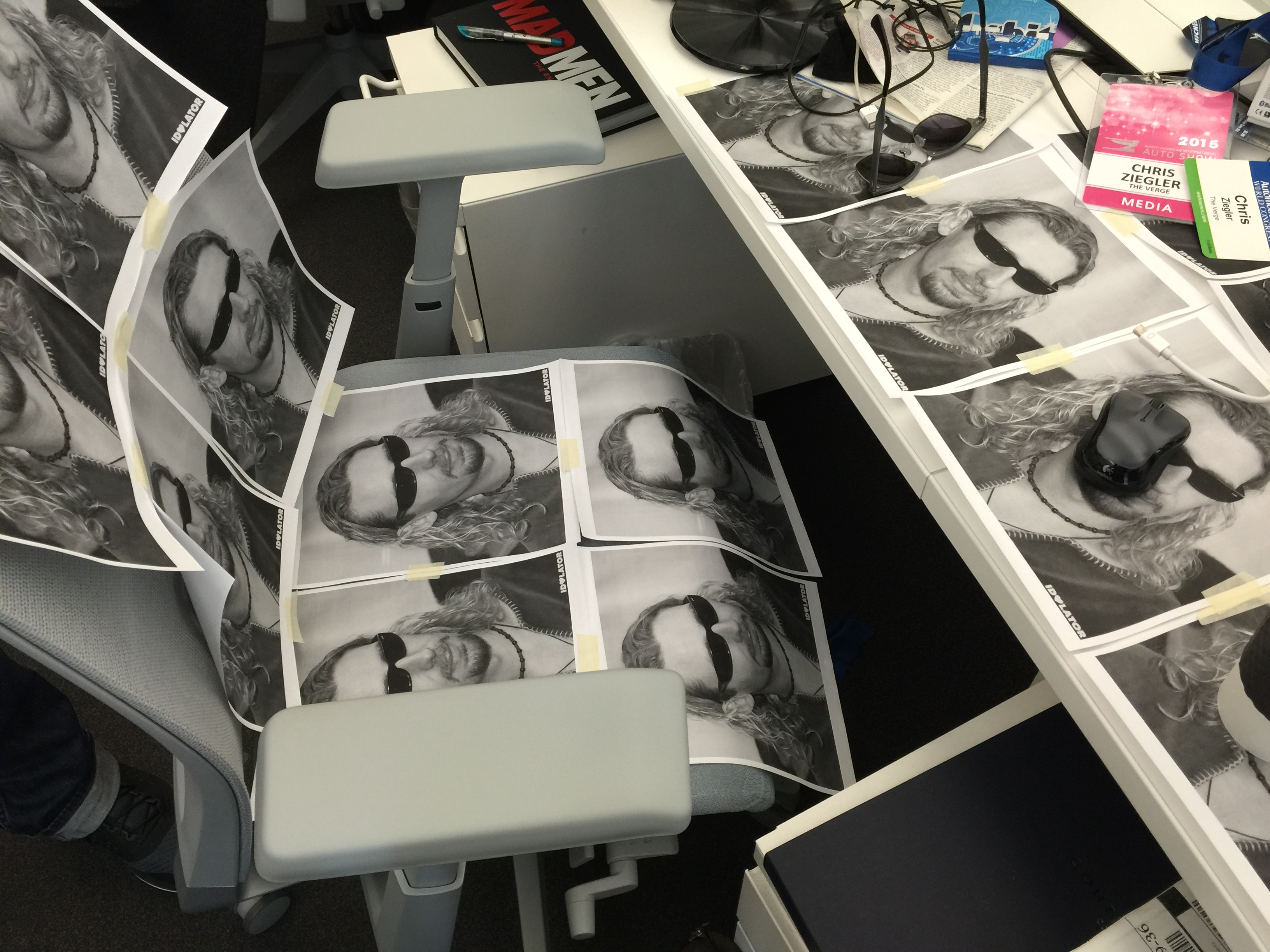 I've got game. I'm not worried about winning the Nickelback War of 2015. I will make Kwame regret that he ever Kroegered me. I'm just worried for what it means for the people around us — my coworkers, friends, family. This will almost certainly end poorly. Will Nickelback play an impromptu show in our office? Will Kwame come in one day, only to find Chad Kroeger sitting at his desk?