The first season of Orphan Black was astonishing precisely because it was unexpected. It was a sci-fi show about clones led by con woman, high school drop-out, and single mother Sarah Manning (Tatiana Maslany). The plot kicked off with Manning witnessing a woman with her face throw herself in front of a train — and subsequently assuming the dead woman's identity. The woman, a cop named Beth, has records of other women who all look the same as her and Sarah: clones, Sarah realizes. We soon get to know several of them: Helena (Russian, murderous, not totally sane, generally hungry, usually imprisoned; shared a womb with Sarah), Alison (tightly wound soccer mom), and Cosima (dope-smoking lesbian scientist). They must hide from a shadowy religious group that's trying to kill them, without being steered into the arms of the obviously evil Dyad Institute, which has its own pet clone, Rachel.

Orphan Black has succeeded by keeping it light

It's easy to imagine a show about clones filled with portentous speeches about ethics and the meaning of the self, but Orphan Black has mostly kept it light: unapologetically trashy sex scenes and clone impersonation hijinks were the main order of business. Season two brought more of the same, but it also showed the show's growing pains: the mythology began to feel ad hoc — to say nothing of how much the overriding arc mirrored season one. There are only so many times writers can yank plotlines from Weeds for Alison, have Sarah's adopted mother betray her, or have our heroines rage against a vague-but-evil corporation. Which is probably the reason for the big reveal at the end of the season: cloned men. 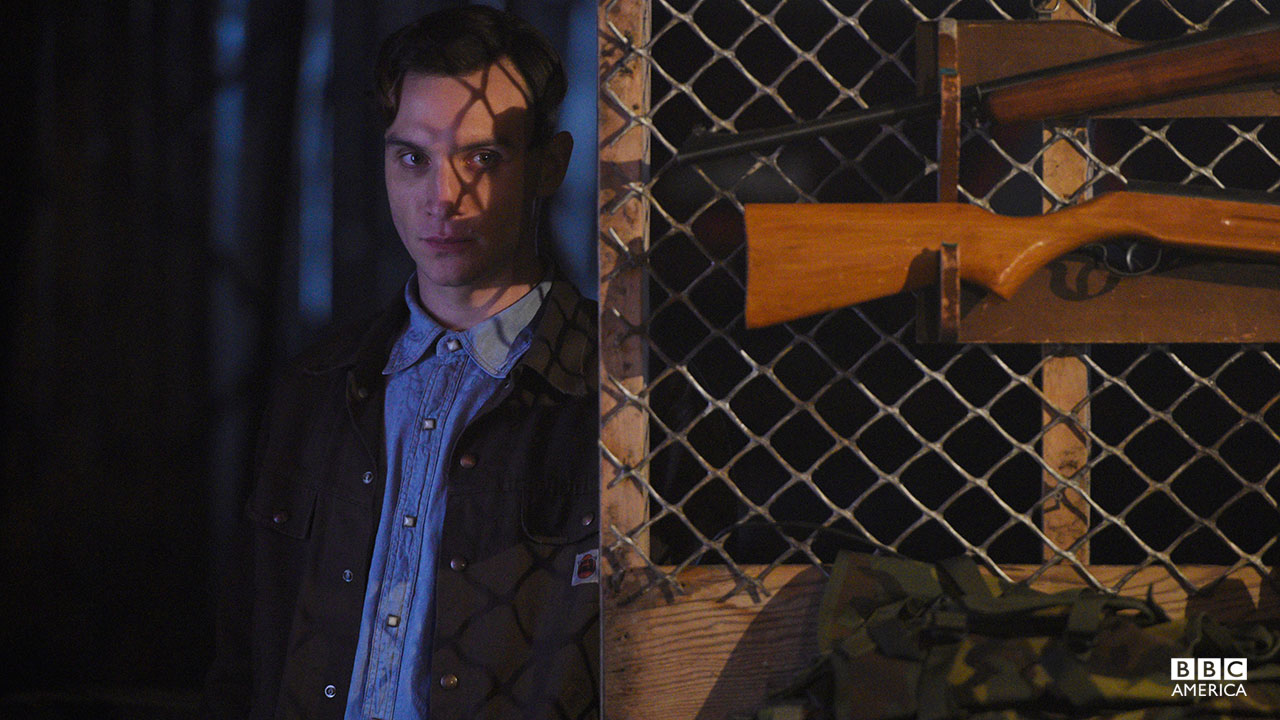 The male clones, played by Ari Millen, are part of a parallel program called Project Castor. Sarah and her sisters are part of Project Leda, named for the Greek myth of the queen who's raped by a swan (who's also Zeus); in some versions of the myth, it's the same night as her wedding night. This leads to two sets of twins hatching from eggs: Helen and Clytemnestra, and Pollux and Castor. It's strange, from a Greek-mythology-geek standpoint, that the projects' names aren't parallel (say, Project Helen) especially since the girls named after the swan-mother are mostly infertile. The entire concept of Project Castor feels tacked on, an afterthought. Millen's clones aren't as well-differentiated as Maslany's; they all share the same tough-guy background and matching arm tattoos. This is partly explained by the fact that the female clones didn't meet until adulthood; the male clones have always functioned as a pack.

Project Castor — a little half-baked, but world-expanding nonetheless — is emblematic of what worries me about the third season. Part of what made the first season of the show so much fun was that its premise was just "clones!" The framework never felt especially well thought-out; the propulsive motion forward meant it didn't have to be. But the first two episodes of this season suggest we're in for a lot of origin mythos, both for Project Castor and Dyad. The first episode explicitly sets up a backstory for Rachel, as well as political machinations within Dyad. Naturally, this is boring, even with the addition of a murderous / masochistic "investigator" who is — this is going to sound familiar — trying to kill the clones.

There's also a bigger problem with Orphan Black's new insistence on a complex history. Shadowy conspiracies only remain interesting as long as we know nothing about them — ask any fan of The X-Files. Once the conspiracy got too complicated, and once Mulder and Scully exposed too much, the writers struggled to fit new plots with old ones, creating an increasingly stupid mythos for what should have been a simple show about being barfed on by aliens. (Was Samantha kidnapped? Was Samantha even Mulder's real sister? Who cares, I want to watch the episode about the town full of vampires!) 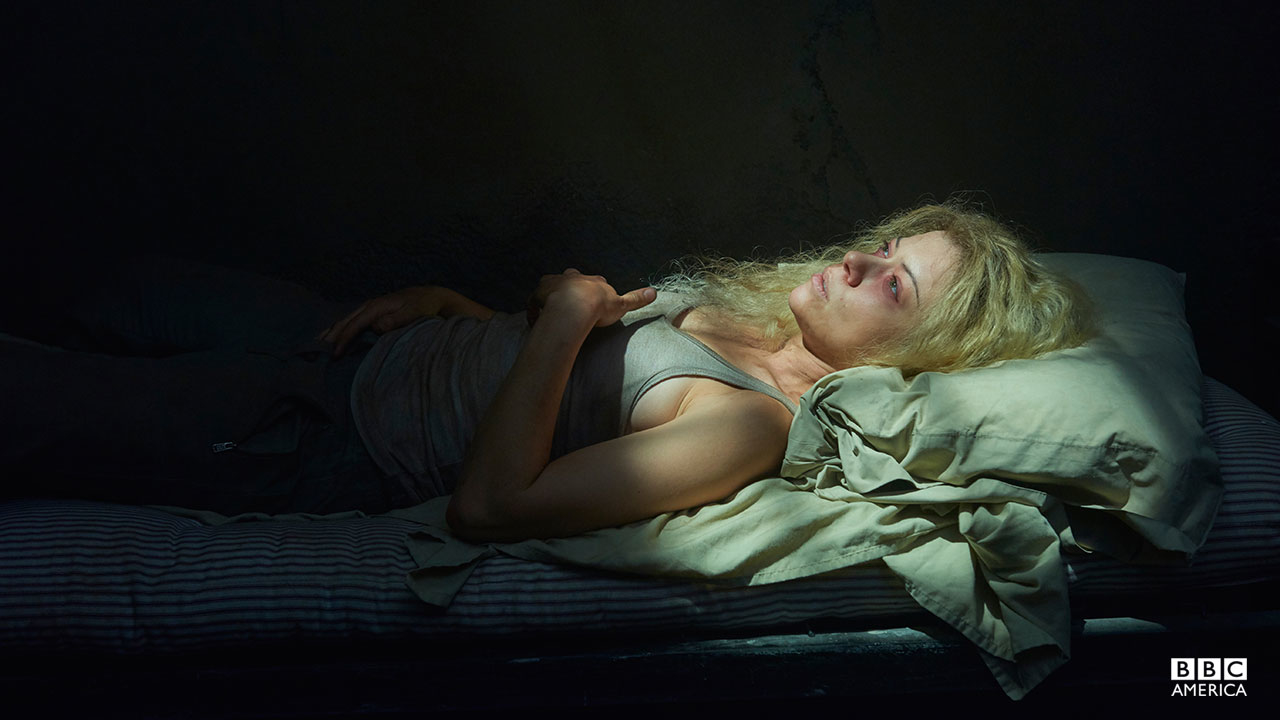 Here's the thing: Orphan Black doesn't need a mythology. That's not how the show functions anyway, or its appeal. The show's weight is metaphorical. Orphan Black is a show about what it's like when everyone in the world claims ownership over your body. In season two, Sarah, one of the two fertile clones, faced a coerced oophorectomy; Helena, the other, had a fertilized embryo implant without her consent, after being "married" to a cult leader during a ceremony she was drugged for. And in season one's big reveal, we learn that the cloned women are literally property on the genomic level. ("This organism and derivative genetic material is restricted intellectual property.") The history doesn't matter — the metaphor does.

Mythology isn't the only thing that's concerning about this season. Alison is both trying to take over a drug-dealing operation and run for political office, proving she is definitively the dumbest clone. It's okay that Alison doesn't have much to do anymore; let her fade. All the better to give more time to Sarah's foster brother and sidekick Felix (Jordan Gavaris), who deserves a storyline that doesn't involve babysitting.

Sure, there are still identity hijinks — a scene in which Sarah impersonates Rachel, while Alison impersonates Sarah, in order to confuse a Dyad investigator shifts quickly from hilarious to scary. And many of its other joys remain intact: the sex scenes are still trashy, and the show is still very interested in the female gaze, lingering on shots of Millen's ass in each of the first two episodes. The consideration of the female point of view makes all the difference; when a woman goes home with Rudy, one of the male clones, and discovers Seth, another, joining them, she reports it to the police — she agreed to have sex with one man, not with two. These moments of agency go a long way, since I see so few of them on television. And it's frankly refreshing to see a show in which motherhood is an anomaly in a woman's life, and not the norm. The various clones have mixed feelings about their infertility, but that's to be expected — or at least it would be, if major network shows ever dealt with infertility as more than a Very Special Episode.

Orphan Black may go full X-Files this year, but it's still worth following, mostly because of these still-radical-feeling touches. Maslany is too good to miss, even as the show occasionally gets confused about its purpose. Here's hoping season three is able to continue differentiating itself from the pack.