Share All sharing options for: Top Gear's website has removed all three hosts from the top banner

If it's an April Fools' joke, it's a badly timed one. Yesterday, Top Gear's UK website updated the top banner to remove all three presenters and replace them instead with a "Super Stig" — or rather a nondescript driver in a very reflective helmet.

Here's what it looked like on March 28th, vs. how it looks right now: 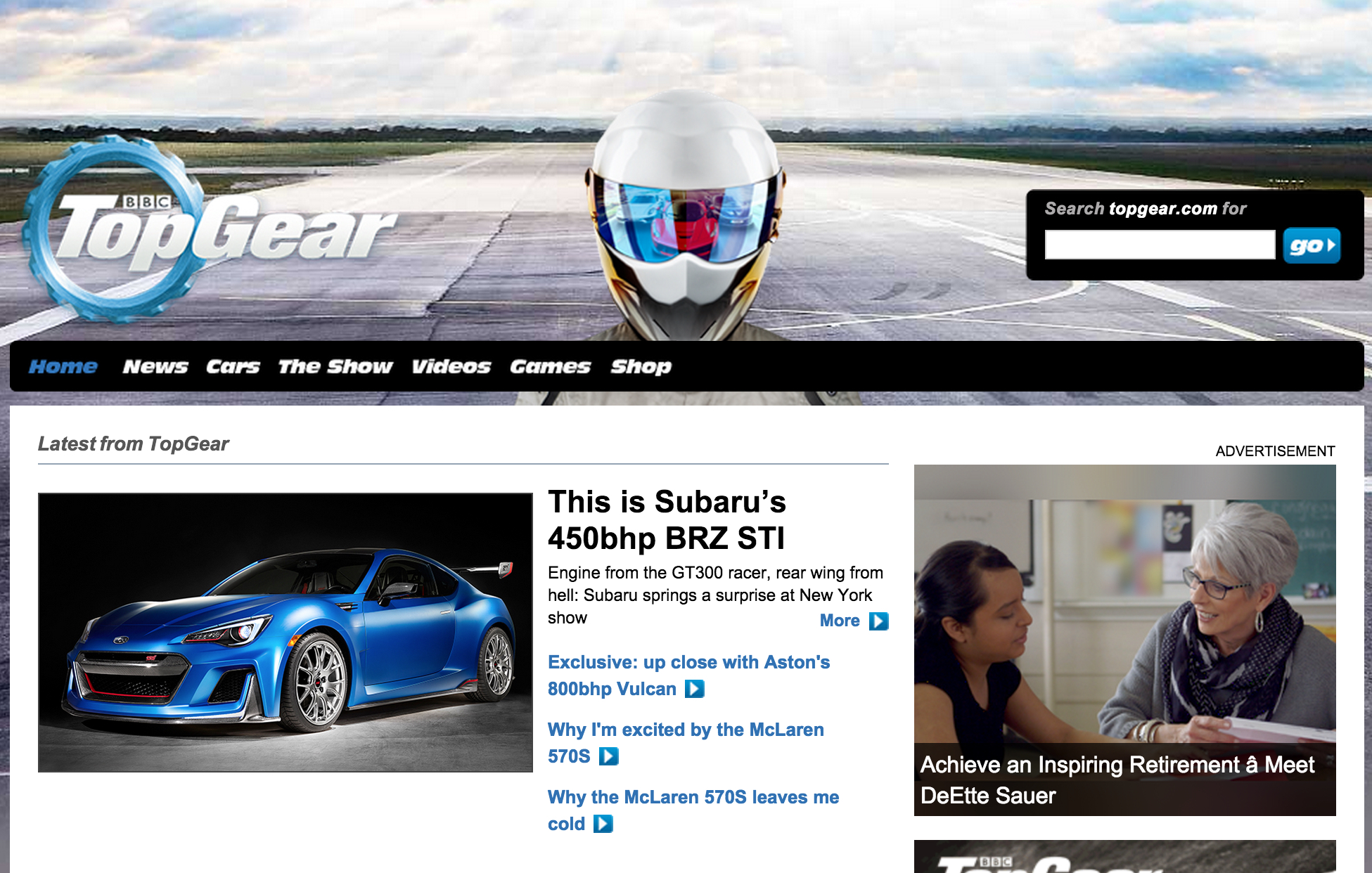 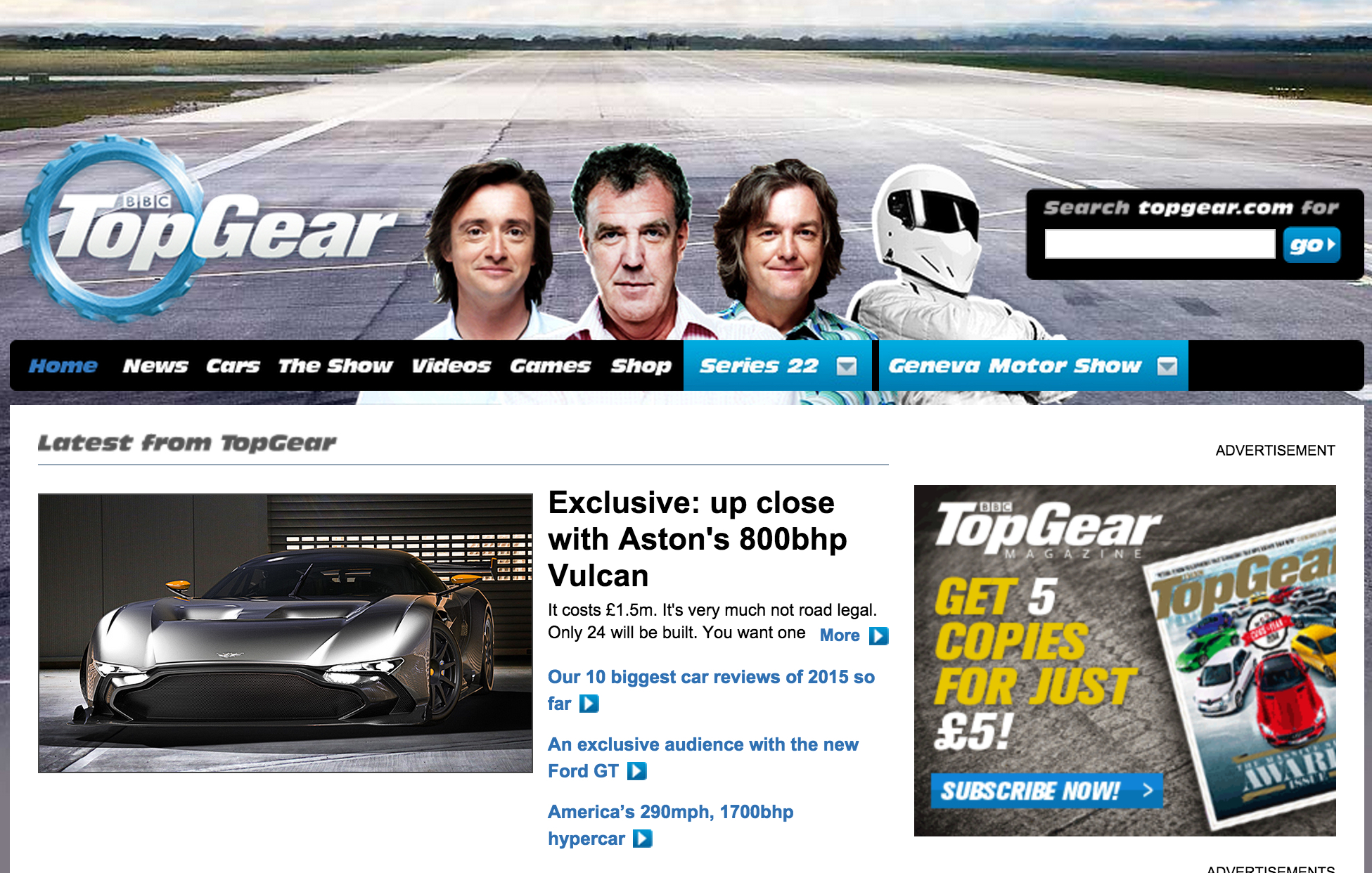 Jeremy Clarkson's removal is to be expected, given that he is officially off Top Gear, but cohosts James May and Richard Hammond have been less clear. On the day Clarkson was let go (or rather, his contract was not renewed), May told Sky News, "As much as I think he's a knob, I quite like working with Jeremy." The same day, both he and Clarkson updated their Twitter profiles to indicate being former presenters; Hammond updated his with the more vague, "Can't explain it really ... er, I do this car show and stuff." The trio's columns are still being promoted farther down the page.

The three have long done live shows under the "Top Gear Live" banner. On Tuesday, BBC announced that this "TGL" tour would continue without the Top Gear name. What that means for Top Gear itself is still officially up the air. Unofficially, though? It seems like Hammond and May won't be renweing their contracts, either.

Next Up In Transportation