Android Wear is getting a new update today that’s easily its biggest yet. Google’s introducing several new features that change how we use our watches, from Wi-Fi support to hand gestures and hand-drawn emoji. Individually, these changes are small, but collectively, they promise to make even year-old hardware seem new. They also ensure that Android Wear keeps up (and in some cases surpasses) the Apple Watch from a pure features perspective. That could become important down the line should Google’s plans to release Android Wear for the iPhone come to fruition.

Probably the most fun part of the update is the new support for drawing emoji characters. Instead of replying with a canned response or awkwardly speaking into your wrist, you can draw an emoji character and Android Wear will do its best to recognize it and convert it to an actual emoji. In practice, it ends up being entertaining, both when it gets it right, and when it fails horribly. 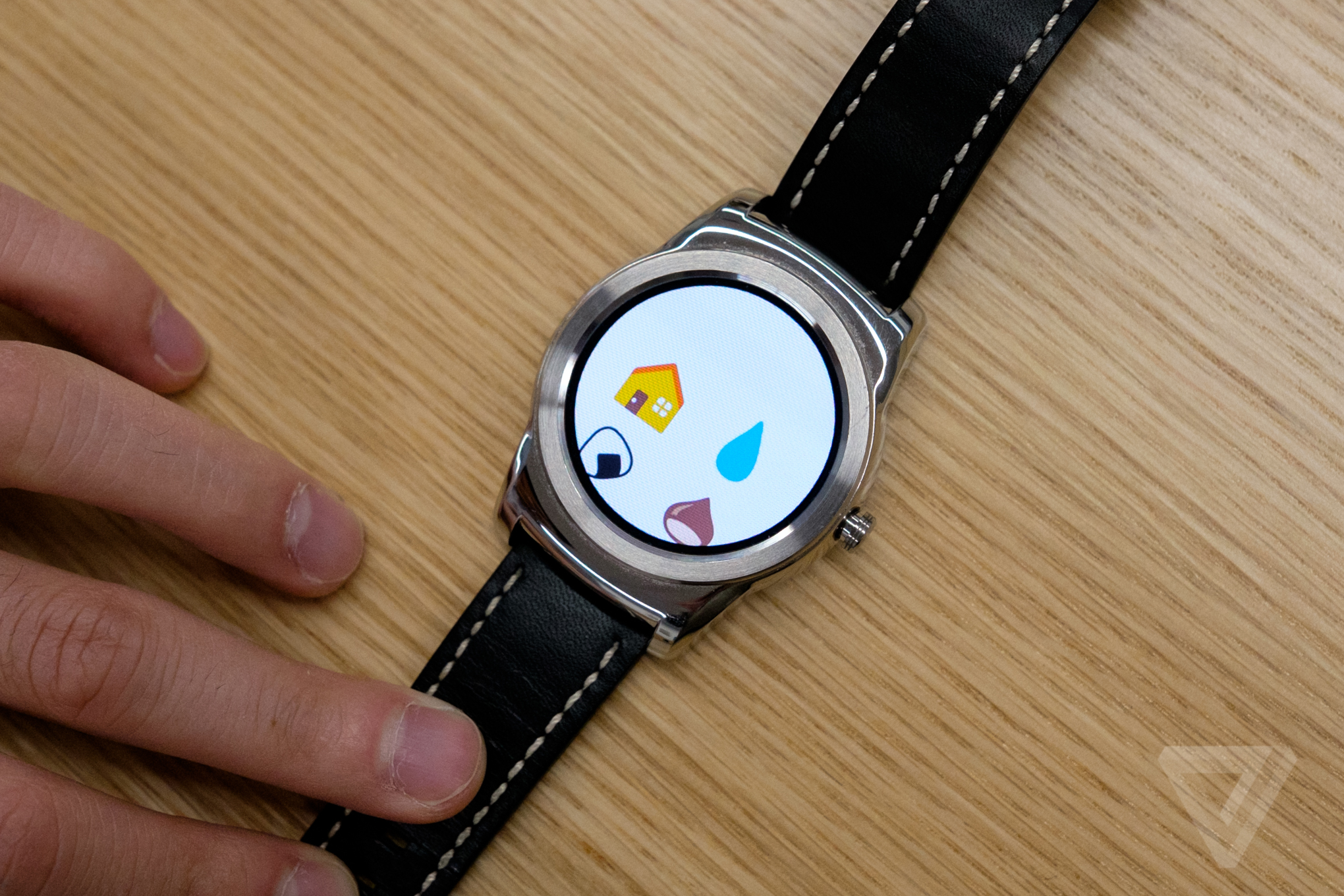 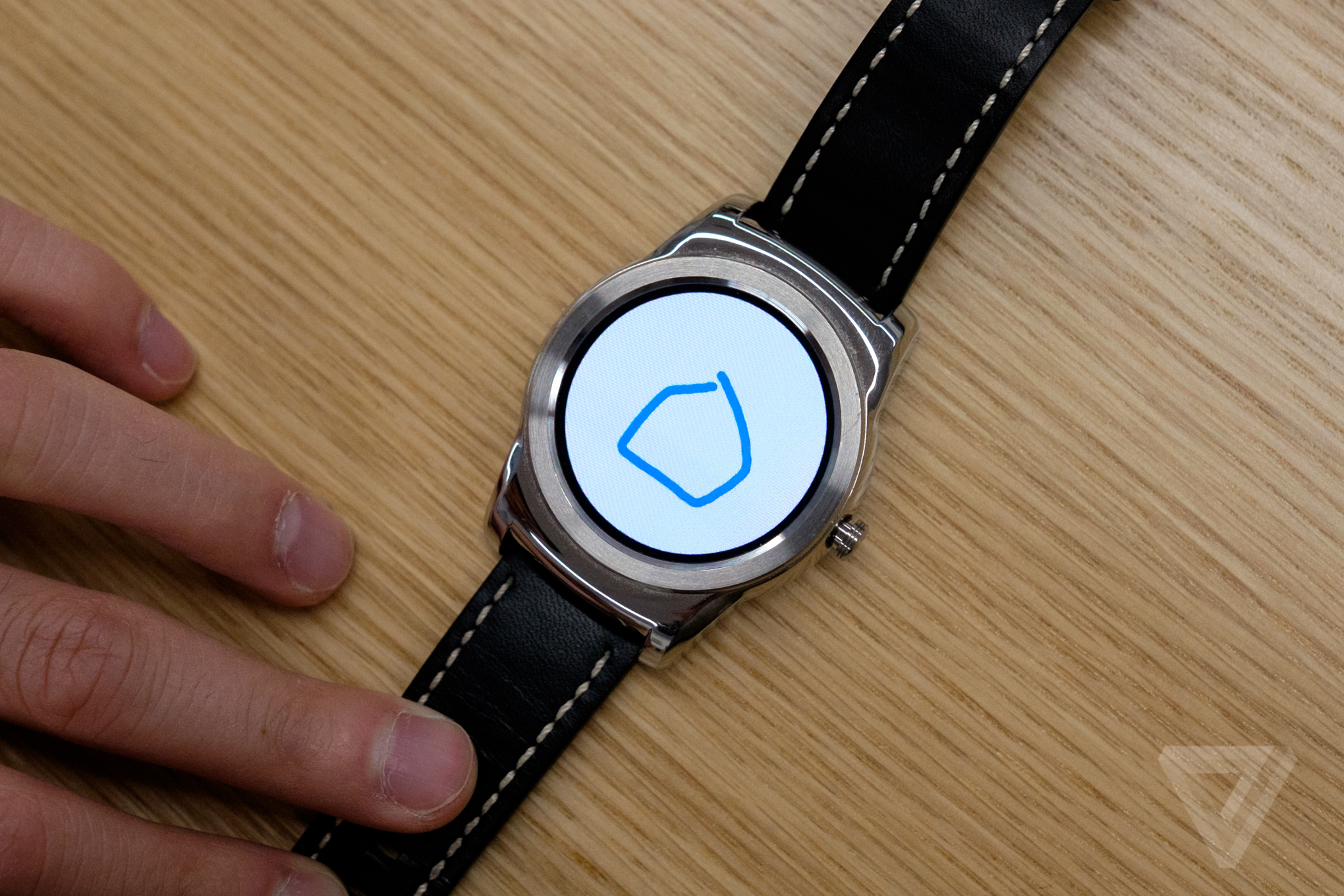 The feature was born out of a company hackathon, and is also included in the Android Handwriting Input app Google introduced last week. The Android Wear team decided to turn the one-off idea into a feature, but needed help in making it work for potentially millions of people. It ended up turning to other Googlers who were used as guinea pigs to figure out a kind of common handwriting language for things like thumbs up signs, hamburgers, and yes — even poop.

"We had volunteer Googlers send us hundreds of thousands of drawing samples," says Jeff Chang, the lead product manager for Wear. "We’d say ‘hey, draw a dog, draw it on the screen.’" They’d do that over and over, and eventually the result, Chang says, is a reliable way to covertly reply to things in situations where you can’t talk, or when an emoji is a more appropriate response. And by all appearances, it’s much faster than using the emoji selector Apple’s come up with for its watch. There’s even a simple menu you can pull up with recently used emoji and a list of the top 25 most popular emoji so that you don’t have to draw anything at all.

Wi-Fi is already built into many Android Wear devices

While emoji are useful for responding to people, you need to be near your phone to even get those messages, something Google is changing. As The Verge previously reported, Android Wear now supports Wi-Fi. The change means that you can be well beyond your phone’s Bluetooth range and still get notifications, take phone calls, and do searches, just as if your phone was in your pocket. Wi-Fi is already built into many Android Wear devices, however it's been dormant and waiting to be flipped on.

This means you can go to another part of your house (if you have a really big house), and still be connected to a phone that’s not on your person. But the more interesting part is that you will stay connected to your phone no matter what Wi-Fi network your watch is connected to, via Google’s cloud services. Google will also automatically sniff out open Wi-Fi hotspots and connect your watch. 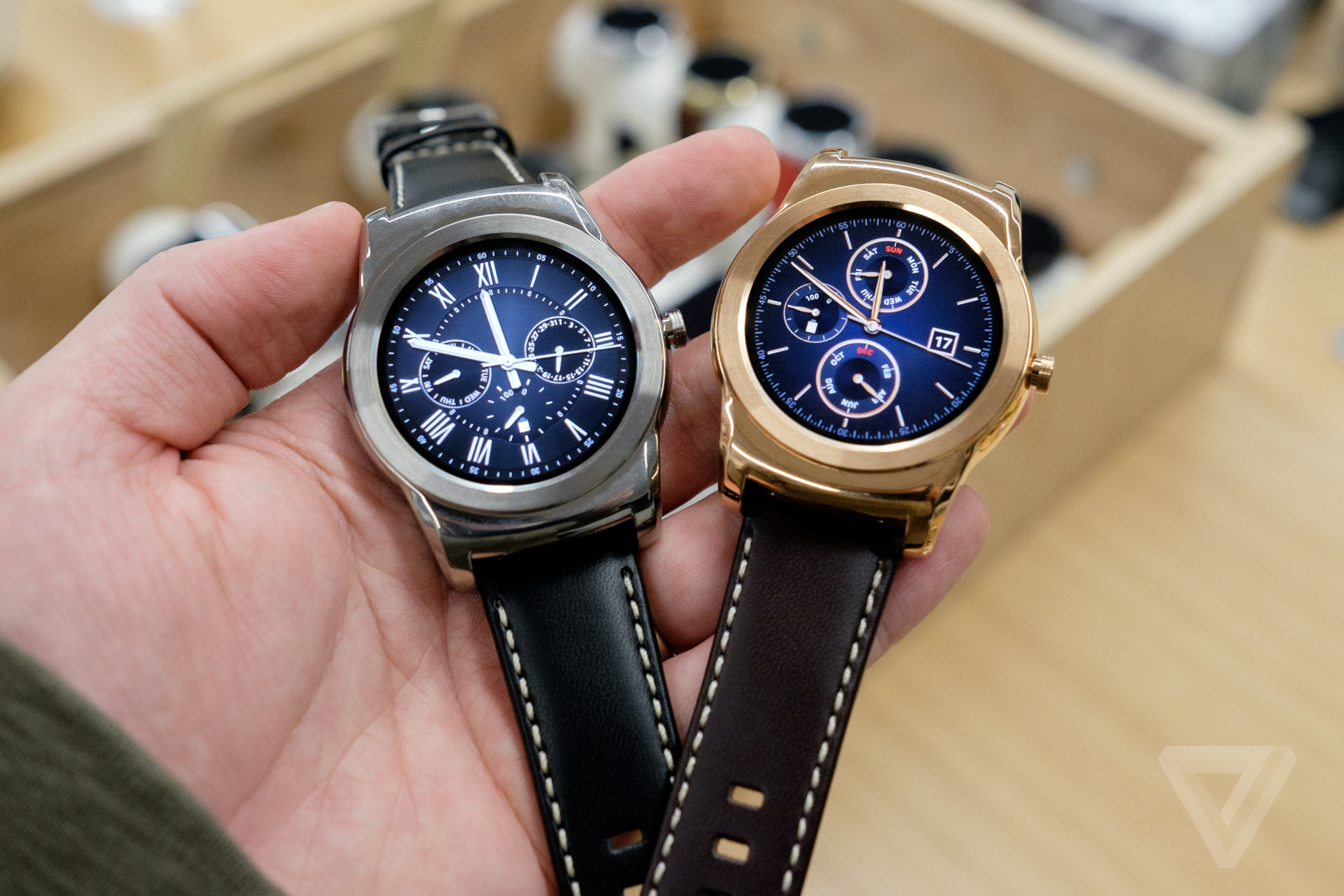 The LG Urbane, the first watches to roll out with Google's new software.

Even with this newfound freedom, Android Wear devices are still not designed to exist on their own, says Chang. "The brains of the operation are still on the phone," he says. "Wi-Fi support is more about when you’re away from your phone it continues to work." The same goes for when you’ll unbox a new watch with the update; it will still need to be paired to an Android phone.

Two other changes Google’s made in the update impact what you see on screen, and how you interact with it. One is a new low-power mode for the screen when you’re not actively looking at it. It allows apps to ambiently display just a minimal amount of data, usually in black and white, without a gesture to turn the screen on. Google already does this for your watch face, but is opening up the feature for apps too. This is especially useful for things like shopping lists, fitness apps, and music controls, Chang says. Developers will now be able to tweak how often the information you see gets updated in the low-power mode, but it could ultimately mean less fiddling.

The other change to the screen is how you interact with it. The update adds a new gesture system that lets you navigate around your watch without touching the screen. You can now jump to the next card in your stream with a flick outwards. Do the same gesture inwards, and it goes back a card. That could arguably make bezel-laden Android Wear devices like the LG G Watch R or the upcoming Urbane more enjoyable to use, but also frustrating if you’re trying to traverse notifications on a bumpy bus or subway car. Chang says the team did lots of testing for just that situation, and says that it’s difficult to do it by mistake. And if that actually happens too much, you can simply turn the feature off.

Flicking your wrist will not accidentally call your boss

"We’ve certainly done a lot to reduce false positives, but the nice thing is, it’s not a destructive action. It’s just a way to scroll up and down," he says. In other words, flicking your wrist will not accidentally start a phone call to your boss. At least not in this version.

The first watch to get the update will be the upcoming LG Urbane, which comes with it out of the box. Other Android Wear devices will get it as a part of an update that’s rolling out beginning next month, though Chang stresses that it will be up to each individual device maker to add Wi-Fi to future products, or retroactively update old ones with Wi-Fi support.

Leading up to the Apple Watch being announced last fall, the big question on everyone’s mind was how Apple’s rendition of a watch might be better or worse than existing smartwatches, including Android Wear. Many people were also looking at how Google might respond in areas where it obviously fell short. These new things like keeping apps — actual native apps — running at all times, using emoji in a very simple and non-jarring way, and making devices less reliant on phones are all things that either help set Android Wear apart — or at least ensure feature parity.

But Google will need to prove it can quickly distribute the update to existing watches, and further prove that Wi-Fi connectivity won’t make battery life significantly worse. And if Google also manages to get Android Wear support going on the iPhone, the smartwatch wars might shape up to be just as wild as the smartphone wars.