So your pre-ordered Apple Watch just arrived — time to play some teeny tiny games. It took some time after the smartwatch was revealed before we started hearing about wrist-worn games, but now that the device is here, those experiences are finally starting to roll out. It's still the early days, and developers are still trying to figure out how exactly to make games played in 10-second bursts on a minuscule screen. But the first batch of games shows a lot of promise — from fantasy RPGs to games that turn you into a secret agent.

This game tries to take one of gaming's biggest genres and put it on your wrist. It's a fairly typical RPG, set in a fantasy world of swords and spells, where you'll do battle with dragons and other evil creatures. The twist is that the gameplay has been tuned so that you only need to play in bursts of 10-15 seconds, letting you slay demons in between sips of coffee. It's also one of the few early Watch apps that's native to the device, so you won't need to use your phone as well. 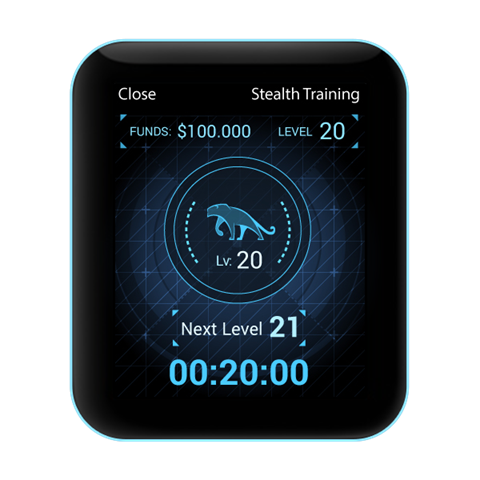 Wearing a smartwatch is almost enough to make you feel like a secret agent, so Spy Watch seems like a natural fit for the platform. It doesn't actually turn you into 007, but instead you're the boss; it's a game that puts you in charge of a spy who you'll train by sending out on missions. "Gameplay centers around real-time notifications between you and your agent in the field," explains Bossa Studios, the same studio behind cult hits like Surgeon Simulator and I Am Bread. Who needs James Bond when you can be Miss Moneypenny.

Wayforward Technologies has been around for a long time, and the studio has worked on franchises ranging from Ducktales to Contra. But the developer's latest release is much, much smaller. Called Watch Quest, it's an adventure that spans both your iPhone and Watch. Your phone serves as the base of a kingdom, where you can recruit adventurers to go on quests. And once those quests start, the action moves to your Watch.

If you already own Rules, the addictive iOS puzzler, you'll be able to connect it to that shiny new Watch. We're not yet sure exactly how the two will interact, or how the Watch version will work, but it looks to be largely the same game only smaller: whereas the iPhone version has a game board made of 16 tiles, on your wrist that will shrink down to four. 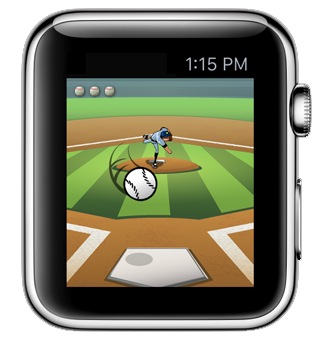 You can't exactly fit Madden on a watch, but Watch This Homerun doesn't try to. Instead, it takes one small part of baseball — actually hitting the ball — and builds an entire experience around that. It's all based on the accuracy of your taps, and there are high score leaderboards and home run contests to keep you busy. As a bonus, it'll give you something to do when you're at an actual baseball game.