It's a rough field out there

Apple has the best smartphone ecosystem, the best tablet ecosystem, and as of today, the best smartwatch ecosystem when it comes to apps. But the app story is dramatically different on the Watch in a way that you won't quite understand until you start to use one. Where on the iPhone and iPad, apps are almost everything that you do, on the Apple Watch, apps really aren't something you want to play around with. In fact, you may often find yourself wondering why you'd use some of these apps at all.

That's because apps on the Apple Watch are, inherently, just extensions of the iPhone apps that they connect to. For now, they're basically fancy-looking widgets, and it becomes quickly apparent that not every app needs a widget. Instagram on an Apple Watch is reminiscent of clicking through your old flip phone's photo gallery. Djay offers a surprisingly capable way to mix music from your wrist, but it's hard to imagine when you'd open it up to do that.

A lot of apps are also really buggy at the moment. Strava is one of the top fitness apps, but its Apple Watch app seemed to lose workout details. Microsoft's OneNote translates really well to the Watch, but it locks up, loses notes, and takes a long time to sync. That's not a knock on either of those companies. These are certainly issues that will be solved in the very near future — after all, it's day one for apps on a platform that developers haven't been able to test — but it's also a constant reminder of the state of Watch apps right now.

The best Watch apps enhance a smartwatch's primary purpose: getting you information in a quicker, more convenient manner than pulling out your phone. There are a lot of apps out there already — and, admittedly, we haven't tried every single one of them — but many of the biggest names on the iPhone have figured out compelling ways to present their information on the Watch. We've looked through dozens of apps, and these are the ones you'll want to check out on the Apple Watch right off the bat.

As far as it's possible for there to be a cult favorite weather app, that app is Dark Sky. And not surprisingly, Dark Sky works perfectly on the Apple Watch because it removes the worst part of using Dark Sky on the iPhone: having to actually open it. Now, when inclement weather is approach, Dark Sky will present you with a rich notification that shows you exactly how much rain or snowfall to expect. And that's all you really want from it.

The app does do a lot more, though you won't necessarily use it. There's a Dark Sky page for Glances, and if you want further weather detail, you can open up the app to get a five-day forecast. It looks nice and is easily digestible on the Watch, but it can all be very slow to load. That's not necessarily a big issue, though: you're really just waiting on those notifications.

When The New York Times announced that it had created an Apple Watch app that displayed "one sentence stories," it sounded like the publication had thought up a needlessly fancy way of describing an app that only displays headlines. But its app really does what it claims to do: it boils down news stories into single sentences, each of which takes up no more than a single screen on the Watch.

The Times' Watch app holds about six stories at a time. If any one catches your interest, you can usually scroll down for a few additional bullet points of information or a photo. If you want to read the entire story, just Force Touch and save it for later. The app's goal is to give you a very quick way to catch up on the biggest recent news, and it accomplishes that in a really satisfying way. It's one of the more polished (and responsive) apps that we've seen.

Somehow, Apple still doesn't offer public transit directions in its Maps app. It's a pretty inexcusable exclusion, but fortunately there are some good third-party apps to fill in the gap. Transit is our immediate favorite on the Apple Watch. Open it up, and it'll give you a button to get directions to your home or office and another button to pull up locations that you've recently routed to on your phone. The rest of the screen scrolls through the nearest public transit stops, only displaying the transit options (subway, bus, train, etc.) that you're interested in.

When you do get directions from Transit, the entire journey is displayed on one screen in a simple, condensed manner. If you want to know more — like the location of a subway stop — you just tap on that specific step to pull up a map. Putting the entire list of steps on one scrolling screen is really key to making Transit the strongest option here. Citymapper is a great alternative, but it makes you swipe from step to step throughout your entire journey. That makes sense if you're somewhere unfamiliar and need detailed directions, but for the most part, you're probably just heading someplace nearby and want to know what will be the quickest bus or train to catch.

It's always a little annoying or awkward having to pull out your phone in order to look up what song is playing, but with Shazam on the Apple Watch, you won't have to. Shazam can't actually listen to music through the Watch — which is unfortunate — it actually just activates your phone. But it works quickly, and Shazam is surprisingly effective even through the pocket of your jeans. It's a more casual way of looking up a song (and its lyrics), and given how popular Shazam is, there's no reason to doubt that it won't have similar success here.

If you want to know the score of a game, perhaps it should be no surprise that an app called TheScore can give it to you. Select your favorite teams on TheScore's iPhone app, and all their games will show up on the Watch. Scores are displayed in a way that's easy to read, and you can tap in on most games to get brief breakdowns of how it all unfolded. It doesn't provide quite the level of detail that a sports fan might want, but it should be enough to satiate a quick curiosity about a game. 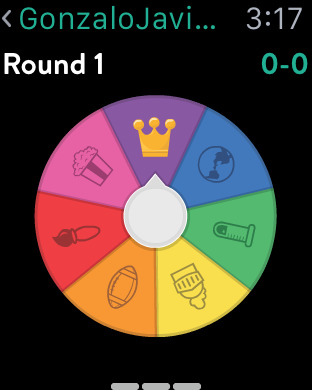 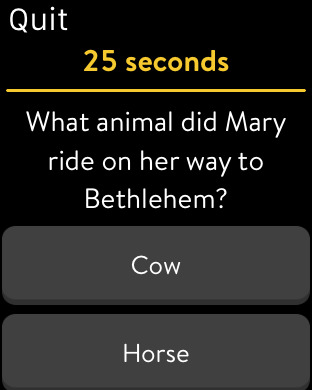 The highly addictive iPhone game is likely to get even more addictive for players who own an Apple Watch. Trivia Crack translates really well to the small screen since its gameplay is so simple. You do, unfortunately, have to start new games on the phone, but games can last a long time, so you won't have to constantly pull it out of your pocket to keep playing. Each turn can take from a few seconds to a few minutes, which makes Trivia Crack the perfect bite-sized interruption when you have a moment to kill. 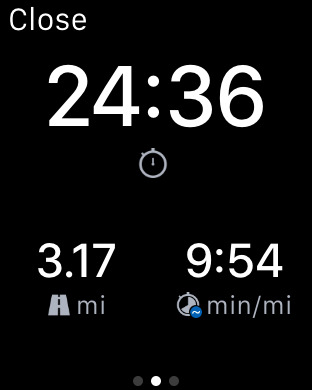 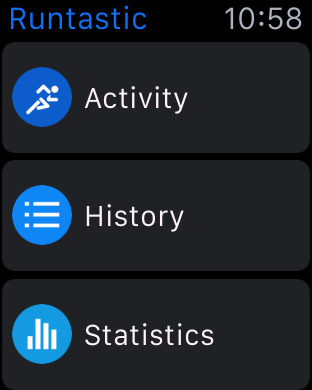 If you already have a fitness app of choice, it's unlikely that any Apple Watch apps are going to change your mind. But if you're picking one out just for the Apple Watch, it's worth taking a look at Runtastic. Runtastic does two things right that a lot of fitness apps do wrong: it can track multiple types of workouts, and it displays all of the information you want to see on a single page (that's a recurring theme in this app roundup, if you haven't noticed).

You aren't going to want to be swiping side to side on your wrist in the middle of a run, and a lot of fitness apps right now — including Apple's — require you to do that if you want to see all of your basic stats. With Runtastic, your distance traveled, time elapsed, and pace are all displayed at once. If you're okay with a little swiping, you can access music controls one screen over. Nike+ Running is another good option here that includes a single-screen display and music controls, but — as the name suggests — it's only good if you're running. 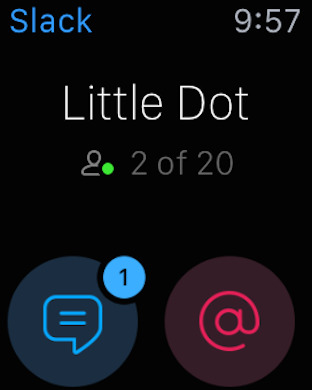 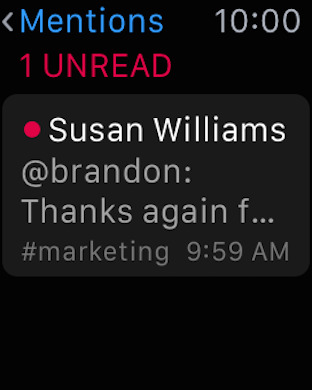 This one is only for the business users who are already addicted to Slack, but it's a complete must-have for them. The app is really simple, giving you access to recent moments when your name was mentioned and a list of your private messages. You can dictate replies, but the most important thing to know is that one of the built-in responses is the shruggie. ¯\_(ツ)_/¯

The Apple Watch is easily among the nerdiest watches in the world, and yet it somehow doesn't include a calculator. Also surprising: calculators are kind of hard to do on a smartwatch. So far, Calculator+ is the best we've seen, though that's not saying a ton. It's responsive, and it makes it easy to plug in operators. On top of all that — and this may sound silly — it's really nice that the app offers different color schemes so that you can match your Watch (though it seems to forget which one you've selected after a few hours). I'm kind of digging the purple one. If you're going to wear a smartwatch, own the nerdiness and get a calculator app.

More from this stream Give the best Mother’s Day gift of all: tech support