Putting the bang into your buck

Smartphones are expensive. For many of us, they are the most important devices in our lives, justifying their cost. But there’s no ignoring the fact that most smartphones you buy cost $600, $700, or even up to a thousand dollars.

For that price, you generally get a great display, speedy performance, a reliable camera, and easy-to-use software. But what if you didn’t have to spend that much to get those features, and still could have a smartphone just as capable as ones costing many hundreds of dollars more?

That’s the promise offered by Alcatel Onetouch's new Idol 3. A little known brand in the US, Alcatel Onetouch has produced very low-end models of phones, often branded by the carriers that sell them. The Idol 3 is different: it’s the first flagship device to be sold by the maker in the US, and it doesn’t have any carrier branding at all. Offered unlocked for just $249, the Idol 3 has a spec list that competes with phones costing three or four times as much. And yet, after using the Idol 3 as my primary phone for the past week, I didn’t feel like I was missing anything I get from the much more expensive phones I’m accustomed to. 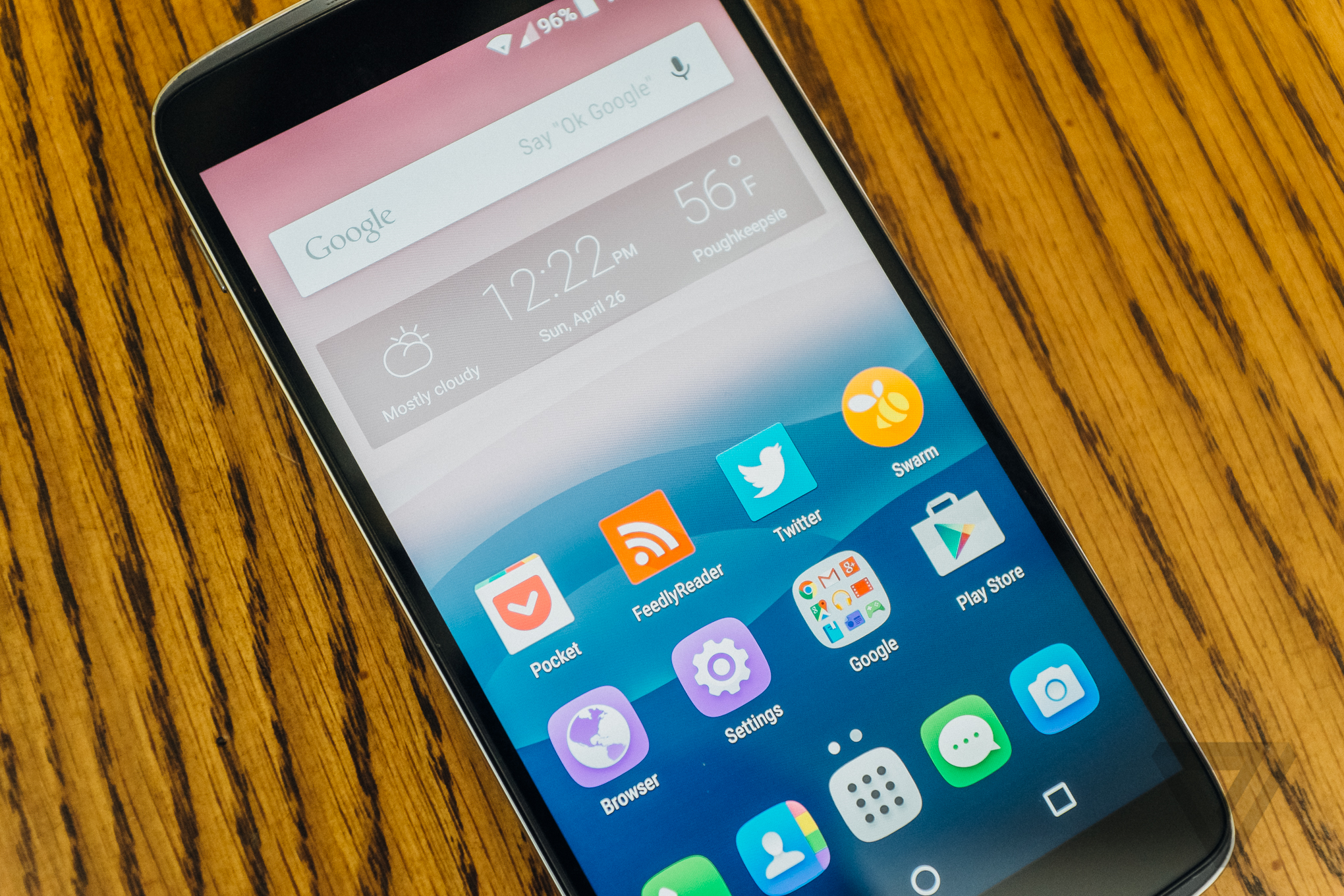 Alcatel Onetouch is far from the first company to offer a lot of bang for your buck in a smartphone. Google’s Nexus 4 and Nexus 5 packed top-tier specs for half the price of competitors at the time. Similarly, the OnePlus One blew minds last year with its $350 price tag and high-end features. Motorola’s Moto G and Moto E also proved that an entry-level phone doesn’t have to be a terrible experience, even if they can’t compete with the high end of the market. 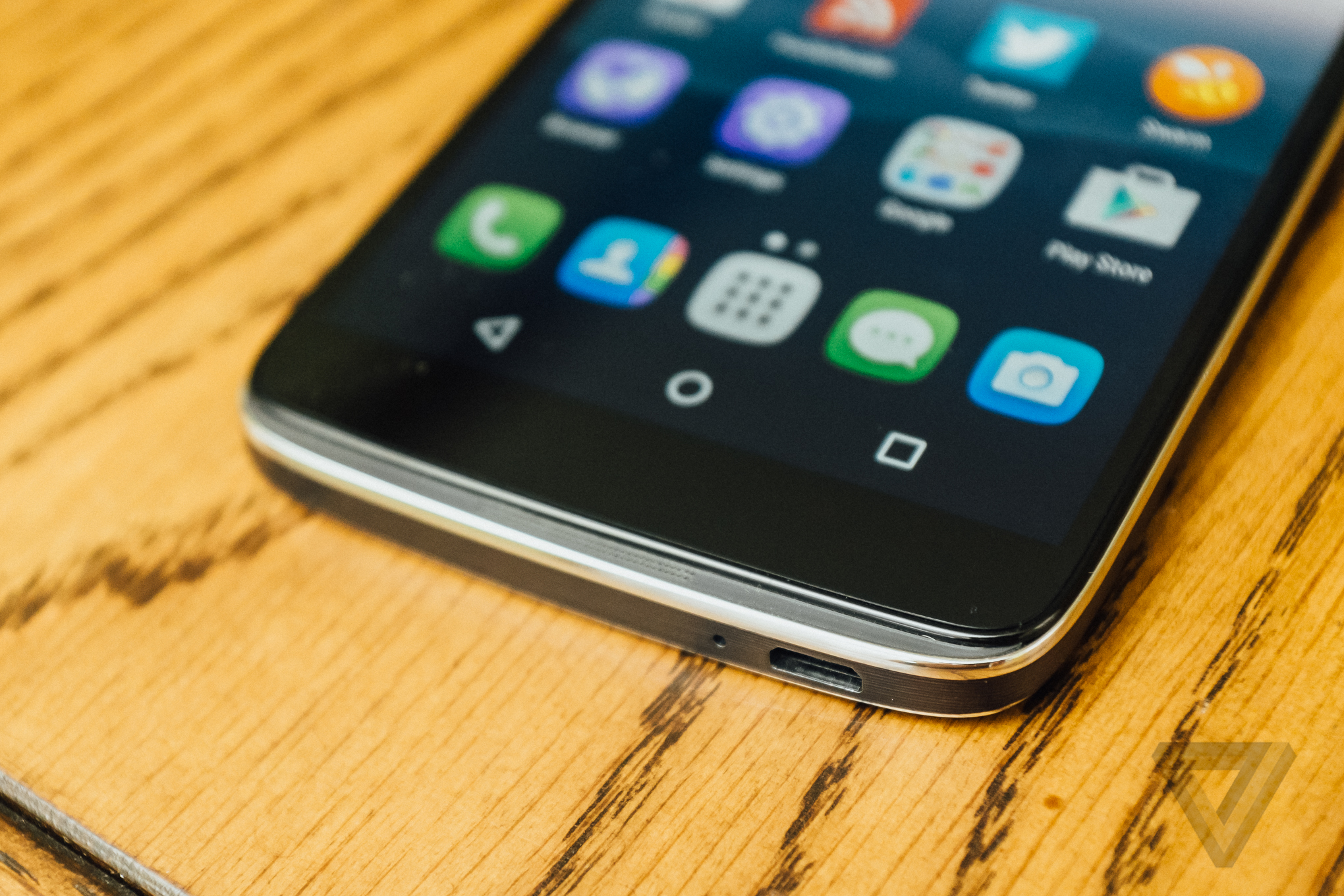 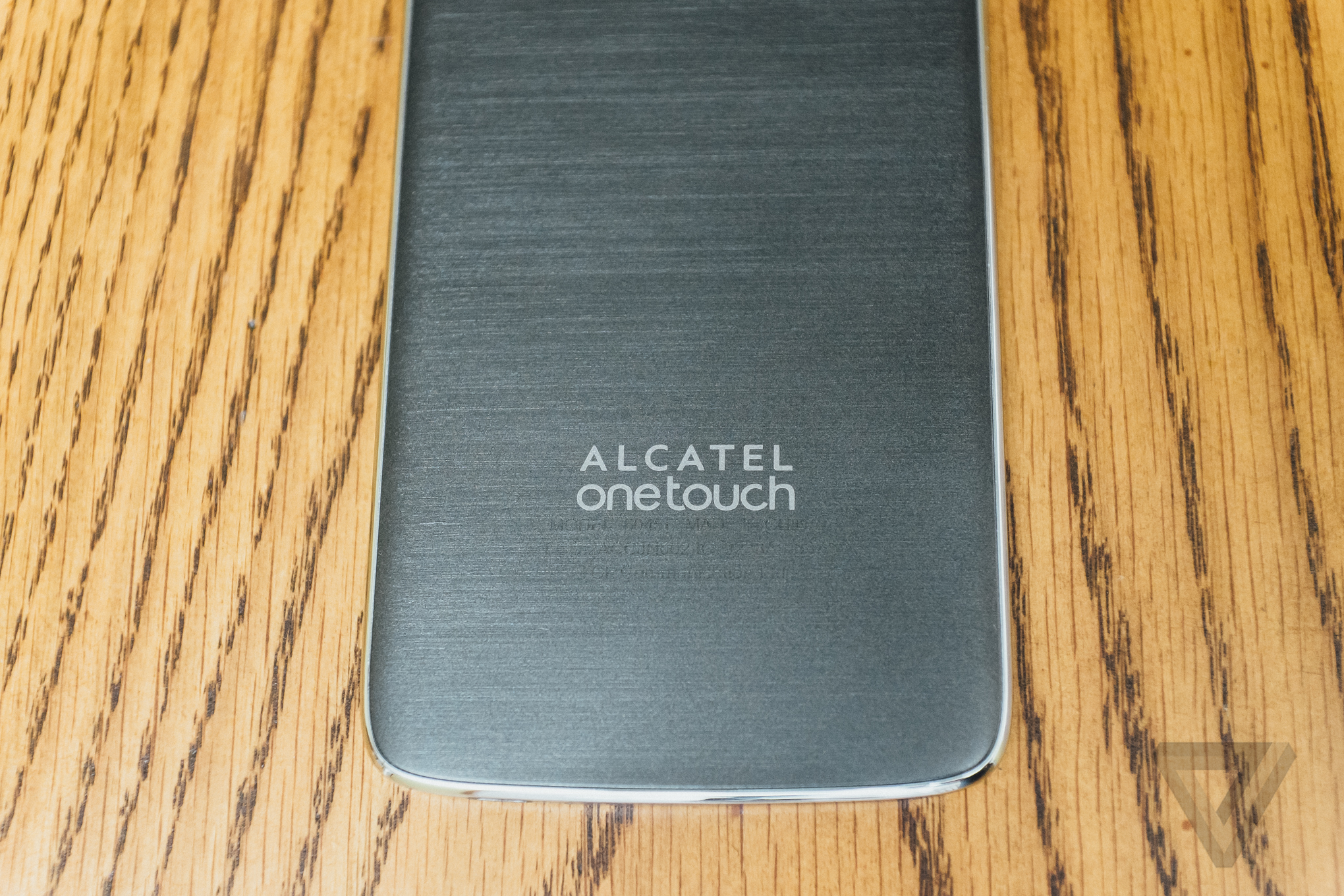 But the Idol 3 isn’t trying to be an entry-level phone. It has a 5.5-inch, 1080p display; an octa-core processor; a slim, lightweight design; a 13-megapixel camera; stereo front speakers; and support for LTE on both AT&T and T-Mobile, as well as a number of prepaid carriers. That kind of spec sheet is what you might expect from a flagship phone from Samsung, LG, or HTC, along with an appropriate flagship price tag. You might say, "Sure, the Idol 3’s spec sheet reads impressively, but that doesn’t mean it works that well in the real world." In the Idol 3’s case, it actually does work.

Let’s start with the display, because it is arguably the most important part of any smartphone, and the Idol 3’s is just stunning. It’s a 5.5-inch, 1080p IPS panel that pops with vibrancy and color. There’s no air gap thanks to its full lamination, and viewing angles are excellent. It’s also bright enough to be easily visible outdoors and has deep blacks to go along with those vibrant colors. Everything you might want from a smartphone display is present and accounted for, and it makes the screens on other low-cost smartphones like the Nexus 5 and OnePlus One look terrible.

Above and below the display are front-facing speakers, which are loud and sound great. They give the HTC One M9’s vaunted BoomSound speakers a run for their money and sound as good as any other high-end phone’s speakers.

Cheap phones generally have cheap-looking designs to go with them, but the Idol 3 bucks that trend as well. It’s plastic, instead of the glass, metal, or leather you find on more expensive phones, but it’s not glossy and doesn’t feel cheap in your hand. The most offensive part might be the chromed ring that runs the outside perimeter of the phone, but even that doesn’t look terrible. The Idol 3’s design is mostly just generic, and more than one passerby in The Verge’s NYC office thought it looked like a bigger Nexus 4. Most people thought it was attractive and would have guessed it cost a lot more than $250. 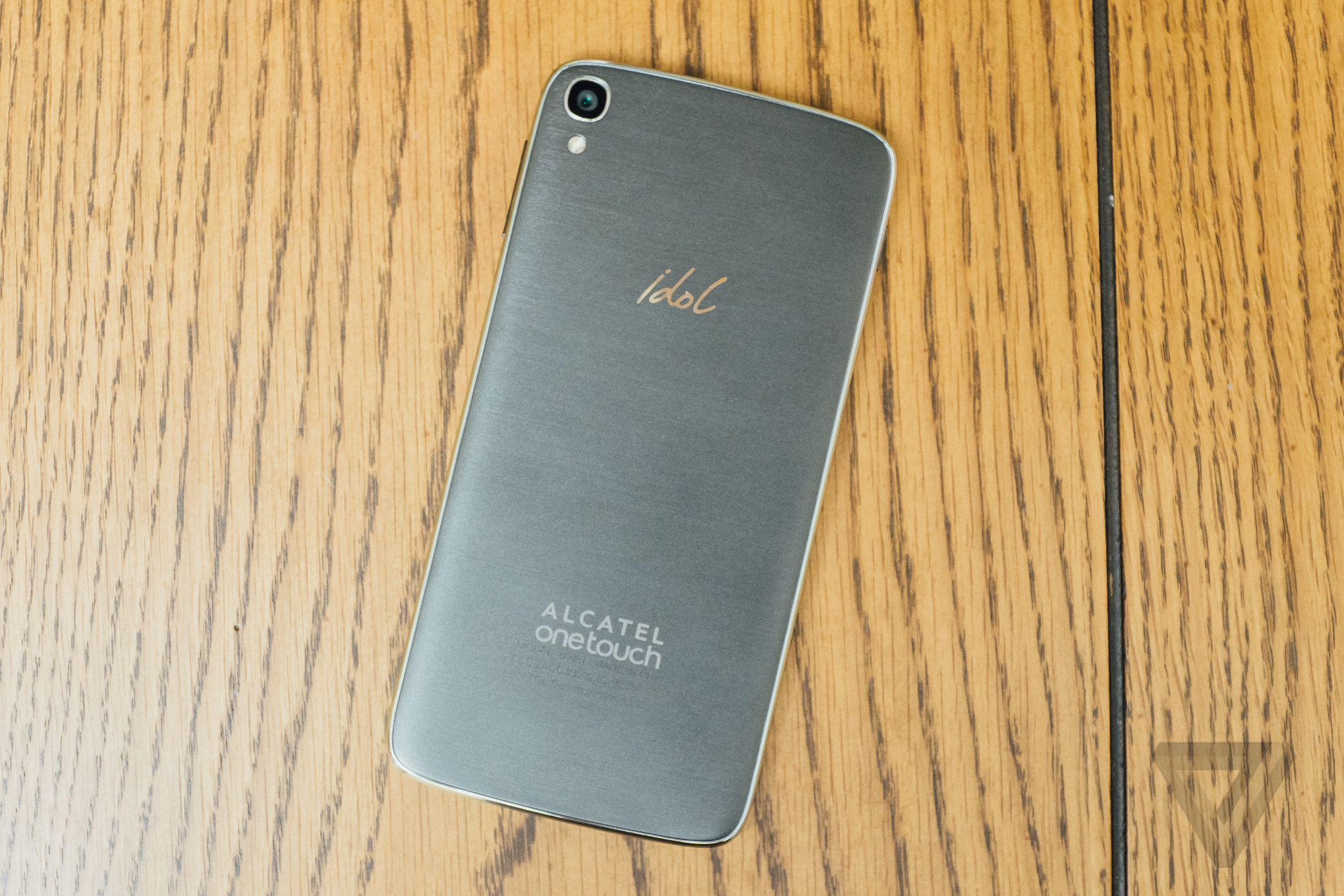 In addition to its stunning display, great audio, and inoffensive design, the Idol 3 is running a nearly stock version of Android 5.0 Lollipop. The visual customizations made by Alcatel Onetouch are limited to a few custom app icons and a tweaked lock screen. Everything else feels like stock Android, which is a wonderful thing and a stark contrast to the cheap phones peddled by carriers in the US that are loaded with confusing customizations and performance-killing bloatware. (The Idol 3 does have a couple apps pre-installed, the most offensive of which is the AVG AntiVirus app, but they can all be uninstalled from the device.)

One of the actually useful software tricks in the Idol 3 is the ability to completely flip the user interface depending on how you pick up the phone. Both the top and bottom of the phone have microphones and speakers, so you could pick up the phone "upside down" and still answer a call. You could even use the Idol 3 upside down all the time (putting the headphone jack on the bottom) if you want. It also has smart conveniences like double-tap to turn the screen on and muting incoming calls or alarms by flipping the phone over.

The Idol 3’s camera is a 13-megapixel autofocus unit with 1080p video capture. It’s a decent camera, one that could embarrass some high-end phones such as HTC’s One M9, but it doesn’t hit the speed and image quality set by the iPhone 6 or Samsung Galaxy S6. Alcatel’s app lets you control focus and exposure manually, but I longed for a quicker launch and autofocus performance. The front camera is a 5-megapixel unit that works just fine for selfies and video chats.

At this point, you’re surely looking for the catch in all of this, the bugbear that will take down the Idol 3 and reveal its true status as a cheap, forgettable phone. I can’t really say there is one, but the area where the Idol 3 doesn’t match the best of the best is in raw performance. The Qualcomm Snapdragon 615 processor with 2GB of RAM is enough for the vast majority of everyday tasks, but it won’t keep up with phones running higher-end chips. Most of the time it’s not a problem, but every once in a while there’s an annoying stutter or delay when opening an app that’s enough to remind me I’m not using a top-tier phone.

The Idol 3 also doesn’t have conveniences such as quick charging or wireless charging. But its 2,910mAh battery easily keeps the phone going all day, even with heavy use. 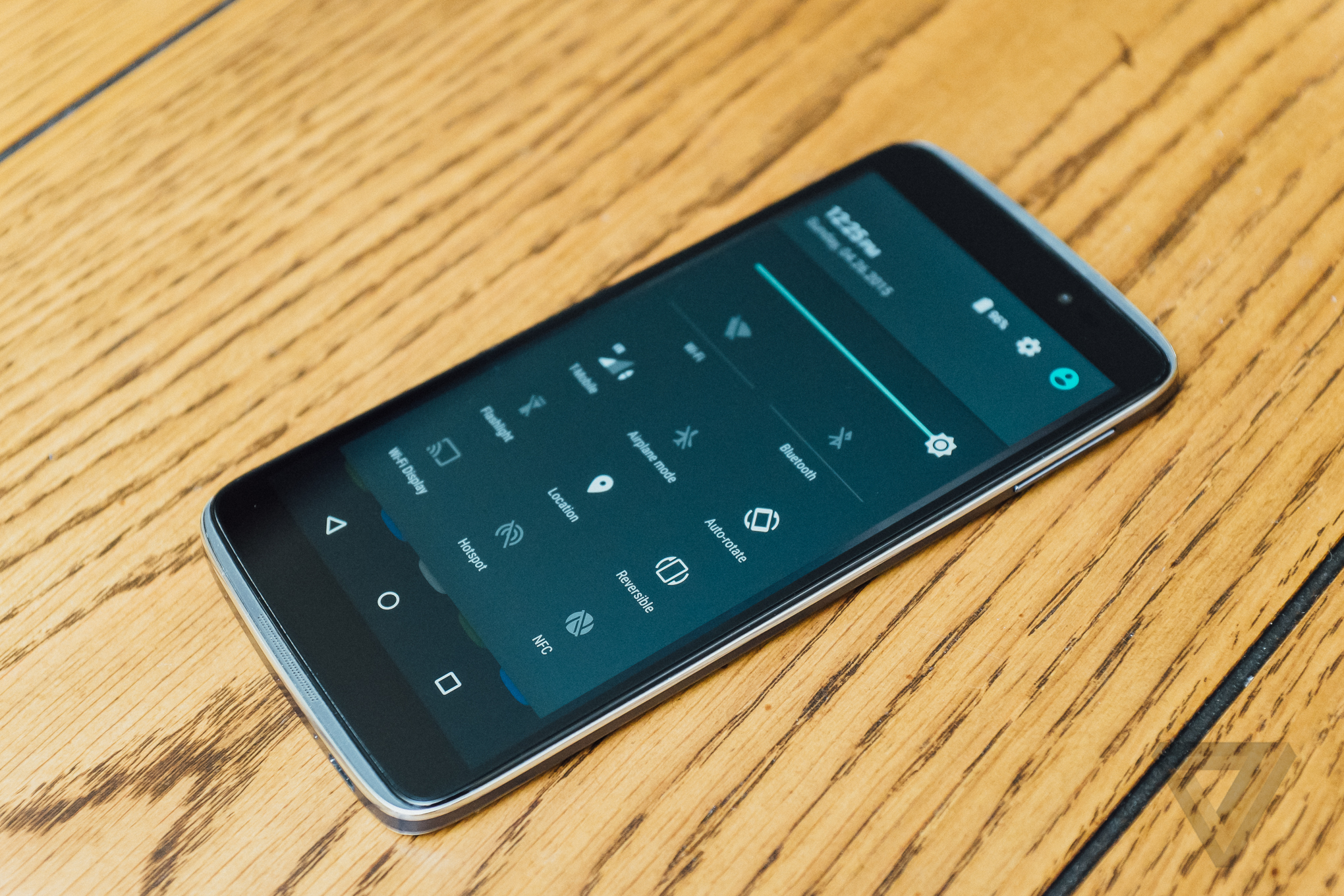 After all is said and done, the knocks against the Idol 3 don’t really add up to much. It’s easily the most impressive phone available under $300, and it doesn’t force you to make the compromises that are commonly required by cheap phones.

A few years ago, it was unfathomable to expect this kind of performance or experience with a cheap phone. A terrible display, useless camera, painful software experience, and ugly design were the norm. While the Idol 3 isn’t the first phone to go against that grain, it is the one that pushes the envelope the furthest, whether that’s by its great user experience or rock-bottom price. 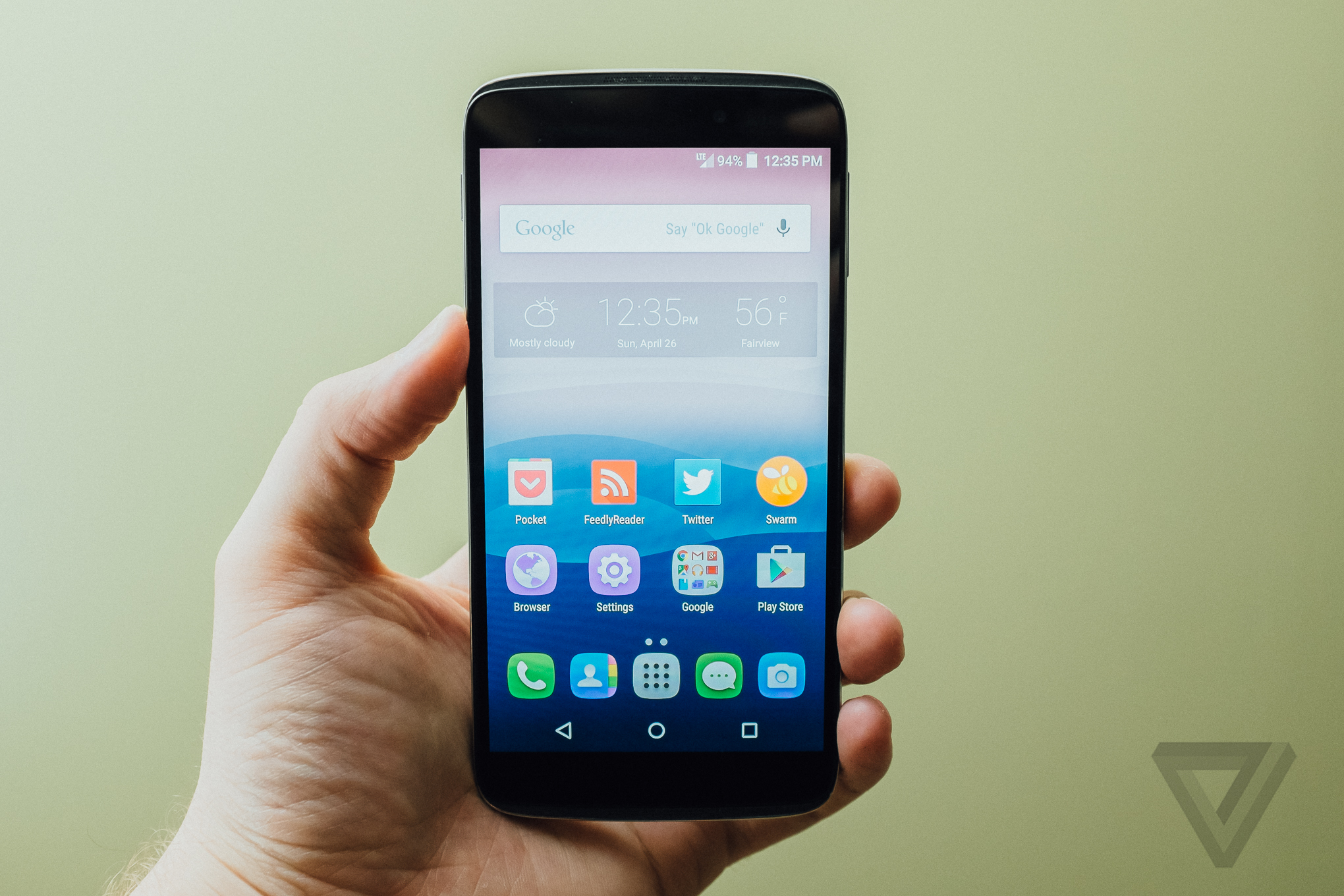