All thanks to the iPhone, China, and digital sales

Apple just reported its second quarter earnings, which shall now be known as the quarter after its biggest quarter of all time. That’s a tough act to follow, yet somehow Apple still managed to outdo everyone’s expectations (including its own) for its past three months of sales, thanks once again to the iPhone. Apple today posted earnings of $13.6 billion on $58 billion in revenue, above both what it forecast and what investors were expecting.

iPad sales were not great

For the three months ending in March, Apple sold 61.2 million iPhones, 12.6 million iPads, and 4.5 million Macs. All told, its gross margin for everything was 40.8 percent, which came in well above the 38.5 and 39.5 percent Apple expected.

"We are thrilled by the continued strength of iPhone, Mac and the App Store, which drove our best March quarter results ever," Apple CEO Tim Cook said in a statement alongside the results. "We’re seeing a higher rate of people switching to iPhone than we’ve experienced in previous cycles, and we’re off to an exciting start to the June quarter with the launch of Apple Watch."

Apple’s revenue came in way beyond estimates. Apple expected revenue somewhere between $52 billion and $55 billion, while Wall Street was looking for $56.06 billion according to 36 analysts polled by Yahoo Finance. For its June quarter, Apple says to anticipate revenue between $46 billion and $48 billion, which is on the higher end of the $44 to $47 billion analysts expected. 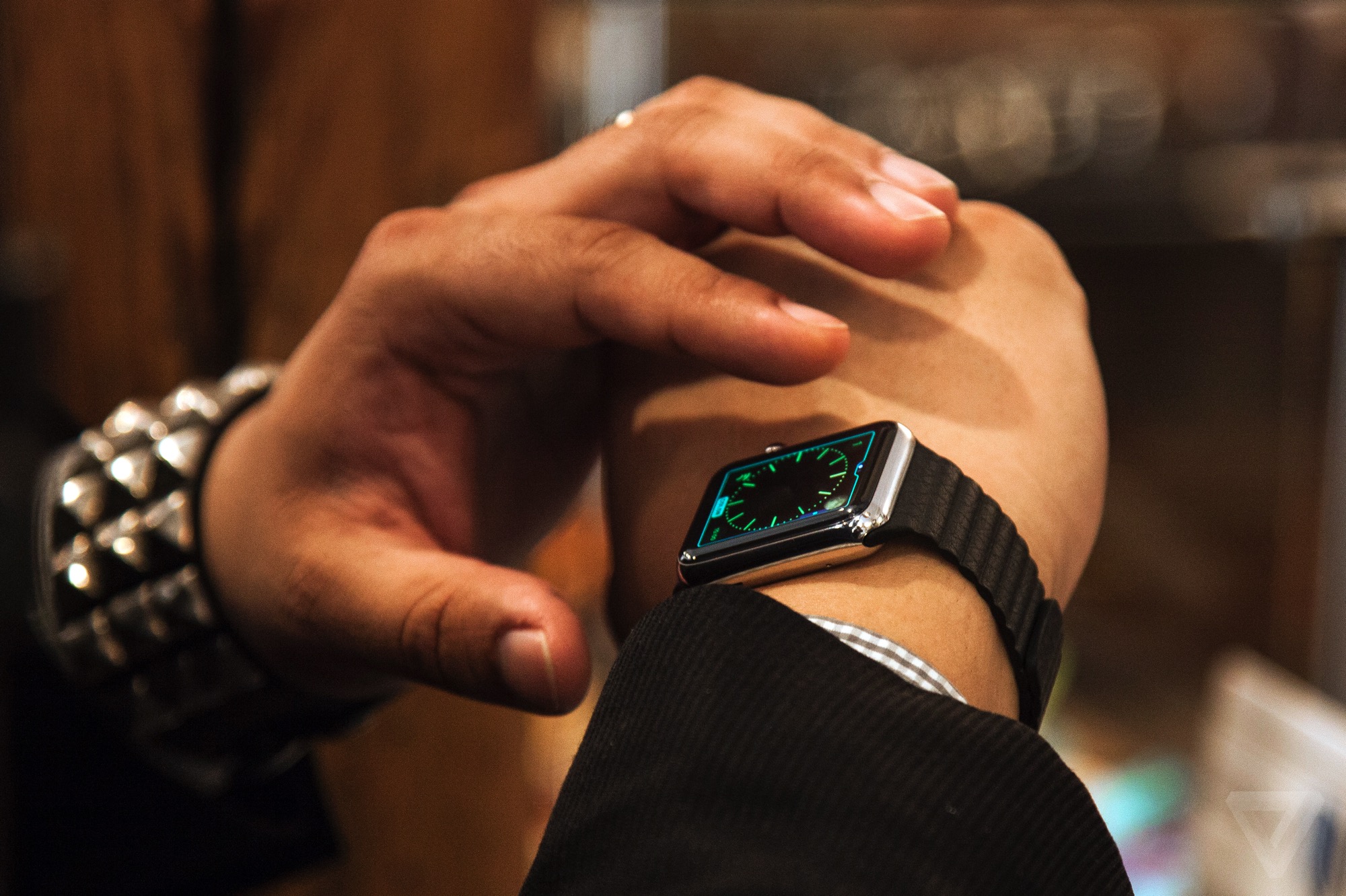 Even with the big iPhone sales surprise, this quarter's phone sales still fell below the 74.5 million phones people bought during the last quarter. Analyst firms like Bernstein Research were expecting Apple to sell 59.6 million iPhones, while a general consensus was that Apple would sell a lower 56.8 million. Apple says it more than doubled sales in places like Korea, Singapore, and Vietnam. It also saw 80 percent sales increases in Canada, Mexico, Germany, and Turkey.

There was equal surprise for the iPad, but not in a good way. Its sales slumped again at 12.6 million units, down big from the 21.4 million Apple sold last quarter and well under the 14.1 million that were expected. Apple’s attempted to temper expectations for the iPad in the past several quarters, with Cook urging patience of the tablet as a category. More recently, the company’s been highlighting things like customer satisfaction and business users planning to buy the tablets as reasons not to worry that sales are sliding.

"It is what it is. It will play out, and at some point it will stabilize," Cook told analysts when asked about the lackluster iPad sales. "I am not sure precisely when, but I’m pretty confident it will."

Apple’s attempted to temper expectations for the iPad

Apple's Mac numbers were down quarter over quarter, but it's a hard comparison from the 5.52 million computers the company sold during the last quarter. But at 4.5 million, it's up some from the 4.1 million it sold during the same quarter a year ago, and managed to outperform the iPad in terms of revenue. Notably, this quarter do not include sales of Apple’s newest MacBook, which only began shipping to customers earlier this month.

Once again, Apple found its growth from Greater China, which was the only region to actually grow its sales back-to-back from the company's monster quarter. Its sales were up 4 percent sequentially, which is quite a feat considering Apple saw a 157 percent jump there in the quarter before. The company’s aggressively been trying to tap into sales there, opening up six new stores there during the quarter, with plans to bolster its footprint there to 40 retail stores by the middle of next year. In an interview with The Wall Street Journal late last year, Cook said to expect China to account for most of Apple’s revenue, adding that it was "just a matter of time." For this quarter, at least, Greater China made up $16.8 billion of Apple's $58 billion in sales.

Apple’s next quarter will be the first to include sales of the Apple Watch, but don’t expect the company to reveal any numbers. The watch, along with sales of the iPod, Apple TV, and Beats accessories are all lumped into a catch-all category called "other products." That could obviously change if Apple Watch sales take off enough to eclipse other product categories. Last year, Cook said the company also wanted to keep the numbers close to its chest for competitive reasons.

Along with the results, Apple announced plans to expand its stock buyback program to $200 billion through the end of March 2017. That ends up working out to $140 billion from the $90 billion the company said it would spend last year.