Over the weekend a 7.8-magnitude earthquake struck Nepal and the surrounding regions. Two days later we're still learning about the devastating toll it took on the area — more than 4,000 are presumed dead, 500,000 have been affected, and UNICEF says that 1 million children are in need of aid.

This afternoon, Digital Globe released the first high-resolution maps of the area from after the earthquake hit. In addition, the mapping company — which typically serves up its data to websites like Yahoo — has made interactive versions of the maps using a service called Tomnod. There, users on the ground and around the world can help rescue workers better understand which routes are still navigable or which buildings are damaged by scouring the maps and tagging different features.

Below is a glimpse at some aerial detail of the destruction in Kathmandu contrasted with images from 2014. The damage is particularly noticeable along the Bagmati River, as well as in the city's center, where tent cities have sprung up as residents wonder whether they will ever be able to return to their homes.

For those looking to give money, organizations like Doctors Without Borders and Oxfam are soliciting donations. 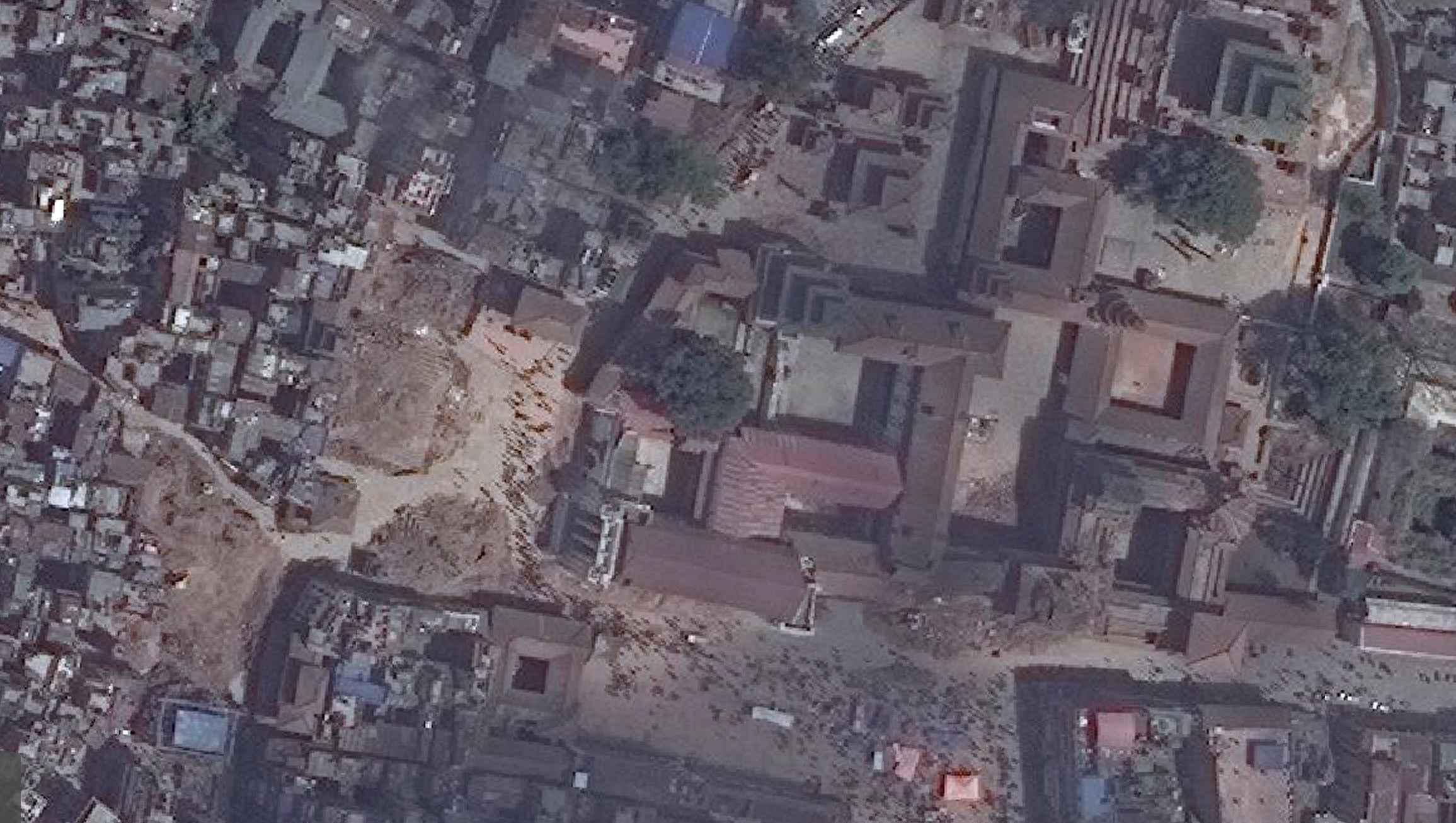 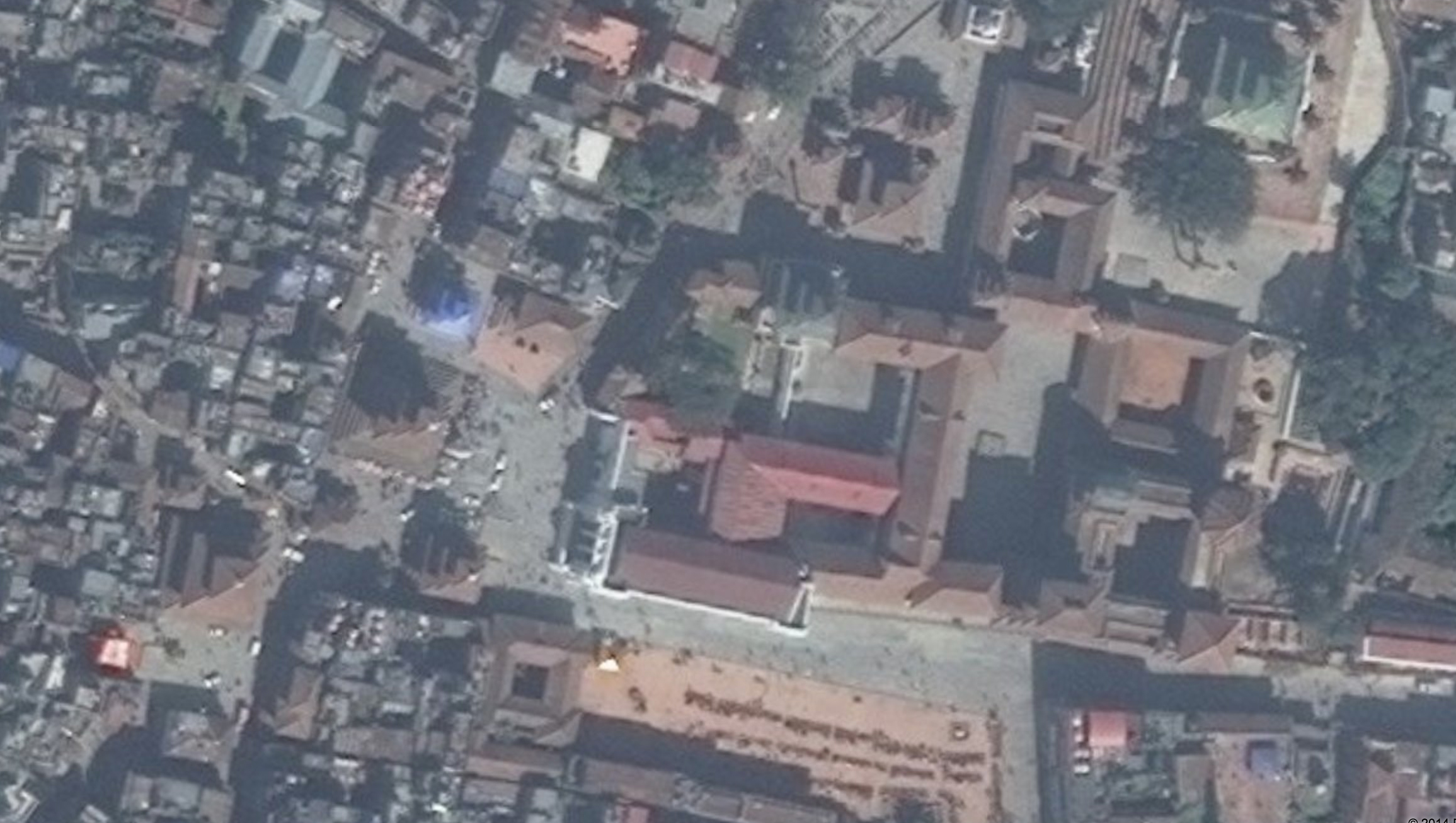 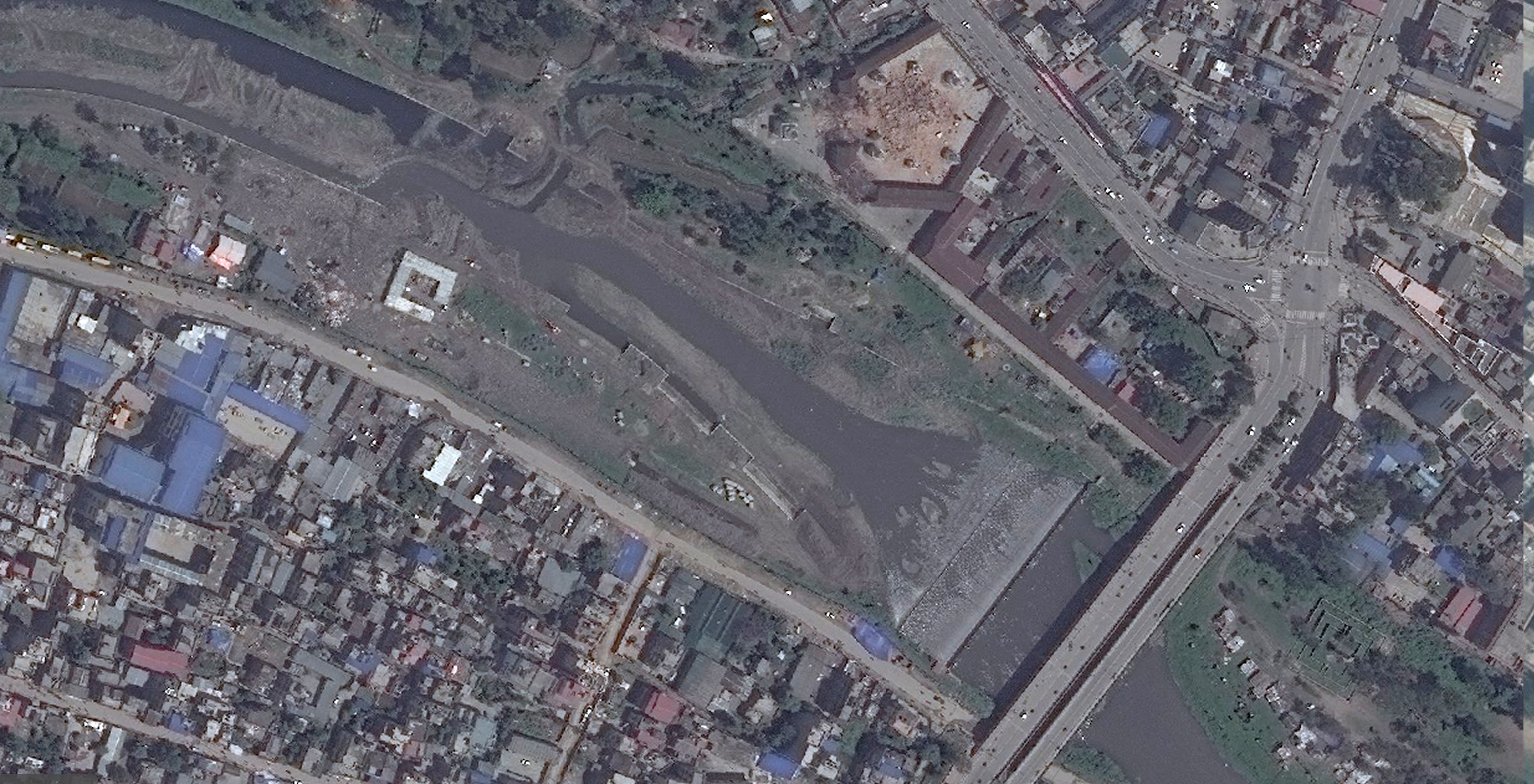 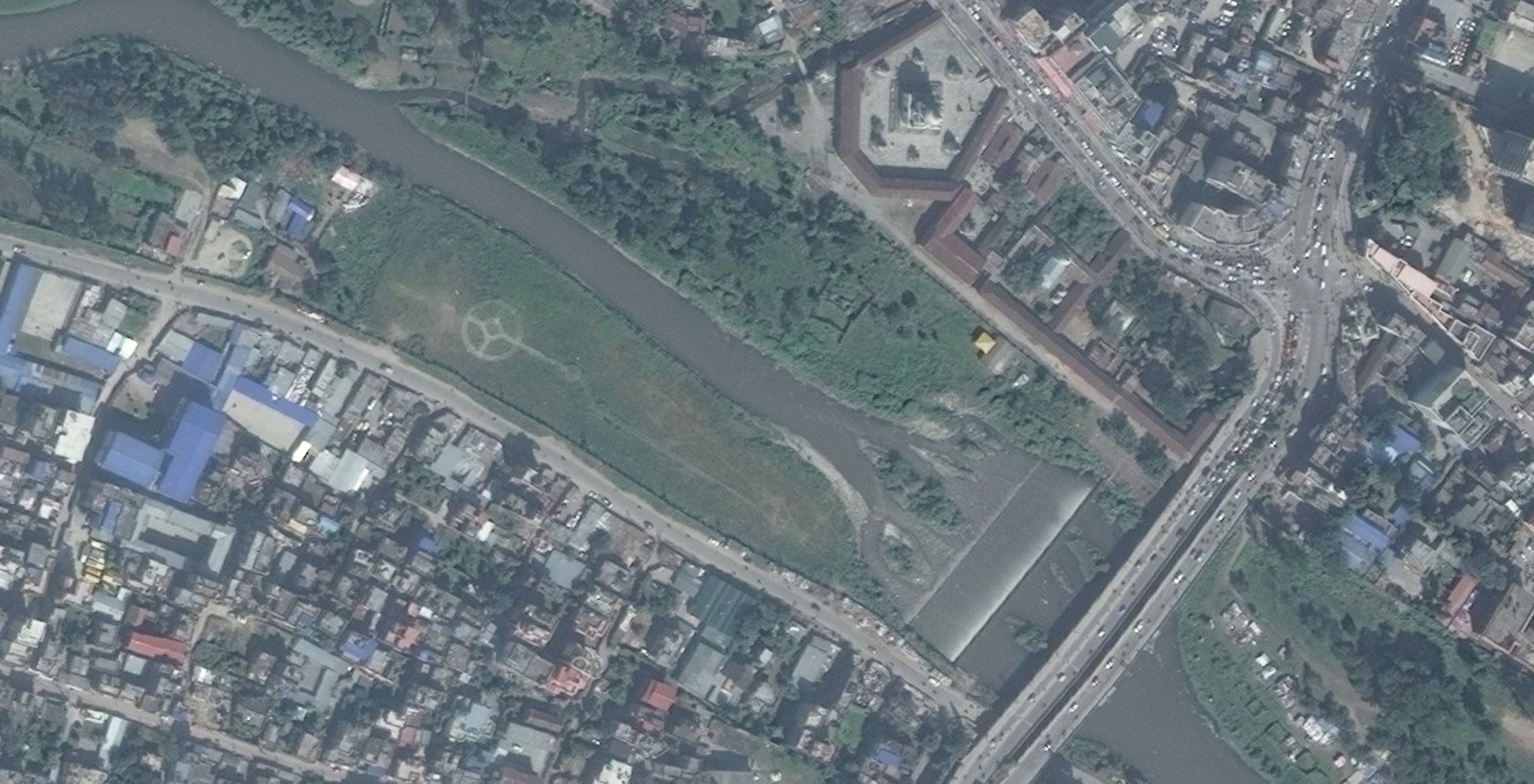 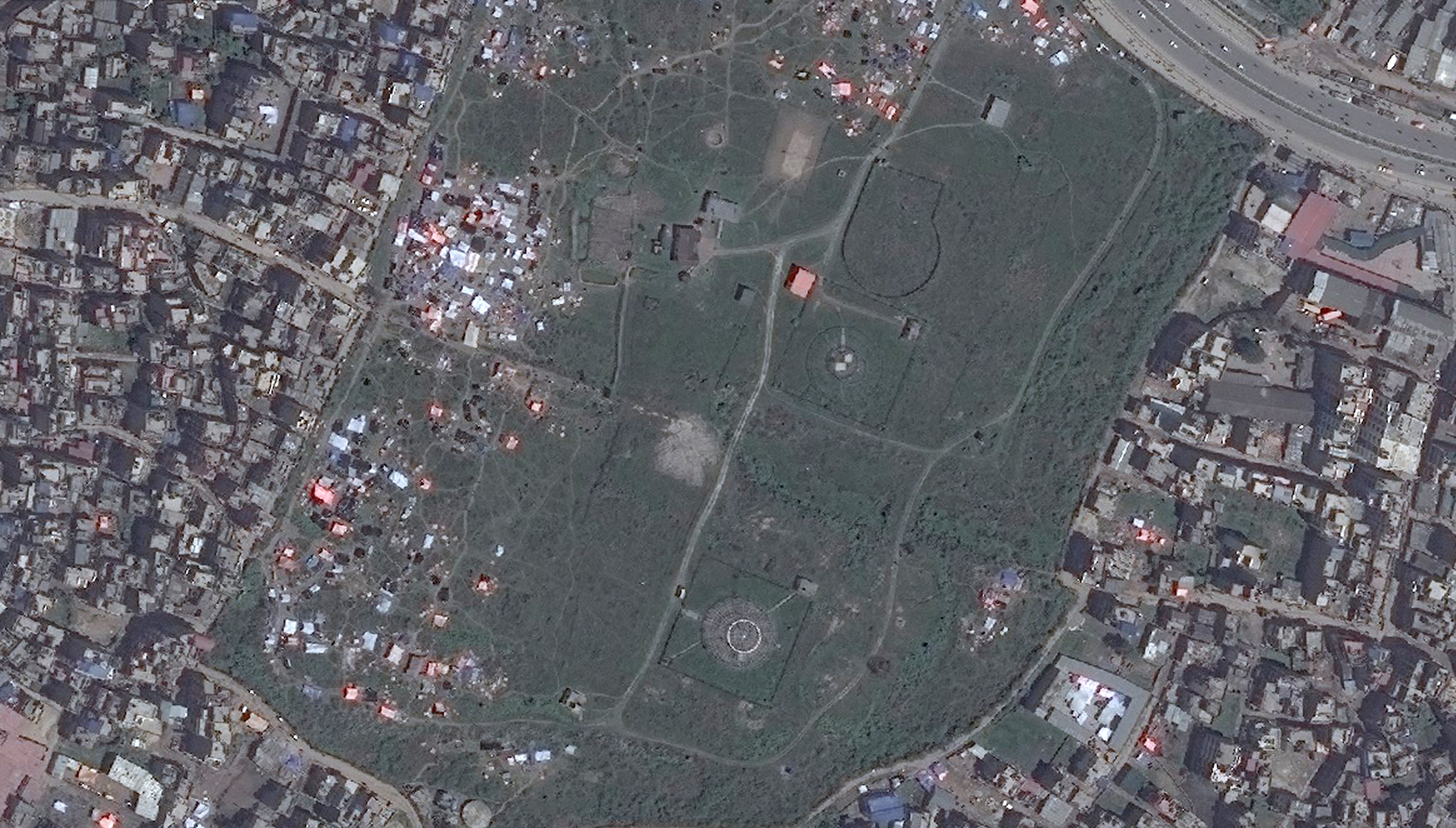 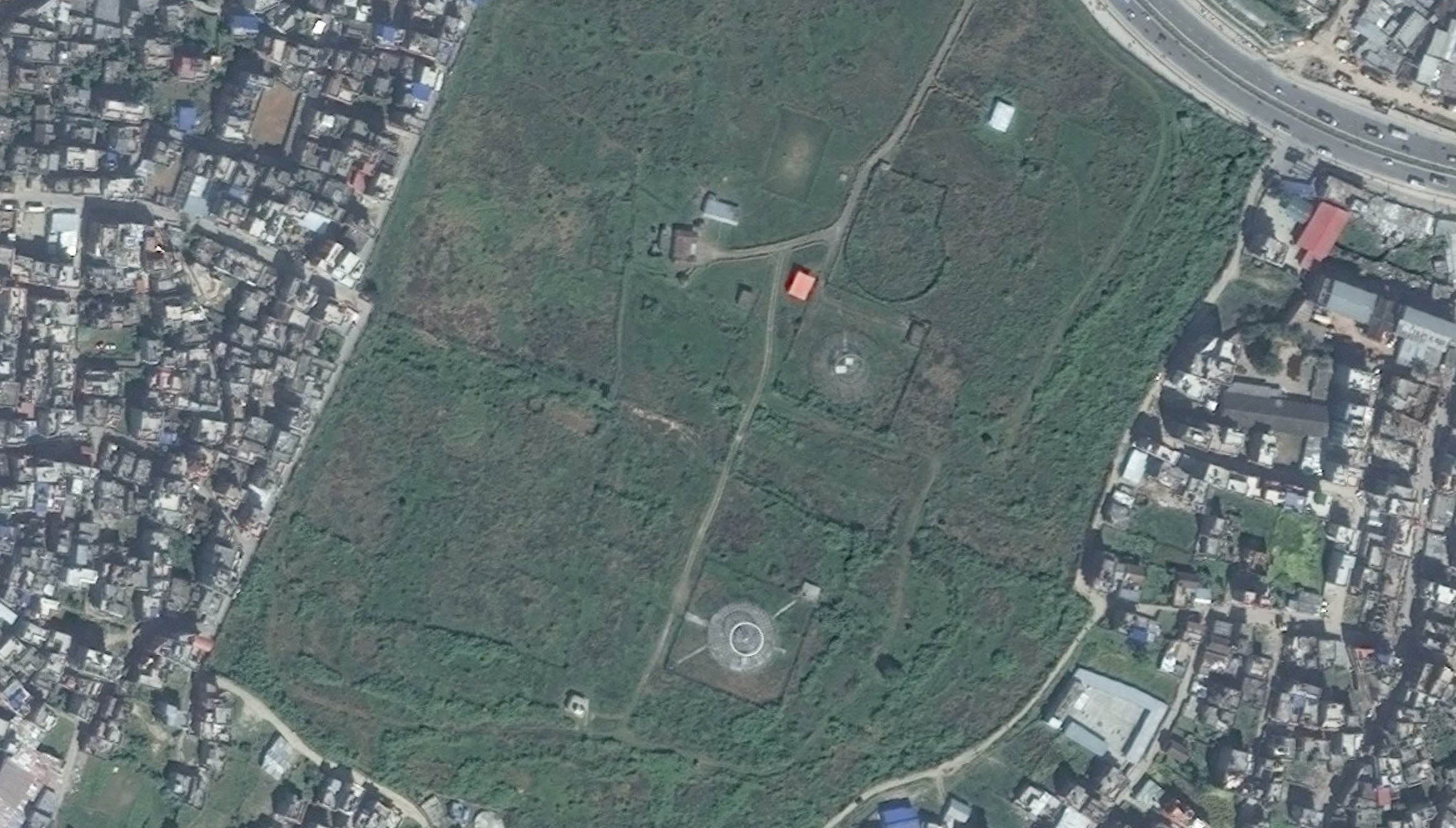