LG's new G4 is a powerhouse phone wrapped in leather

LG's new flagship smartphone, the G4, is official. If you've been following this space, none of that should come as a surprise: virtually everything about the phone has either leaked or has already been announced by LG over the past few weeks. But the lack of surprise doesn't take away from the fact that the G4 is LG's new flagship, the phone that will go head to head with the Galaxy S6 and iPhone 6 when it hits shelves in a few weeks.

Visually, the G4 isn't a stark departure from last year's G3. It has a 5.5-inch, 2560 x 1440 pixel (that's QHD) display, volume buttons and power key on the back, and has roughly the same dimensions as last year's phone (which means it's compact, but just slightly too big for me to use in one hand). The G4 has a slight curve to it, but it's not as drastically bent as LG's G Flex 2. The curve is subtle enough that most people won't notice it, but LG claims it makes the display 20 percent less likely to break on impact than the fully flat G3. 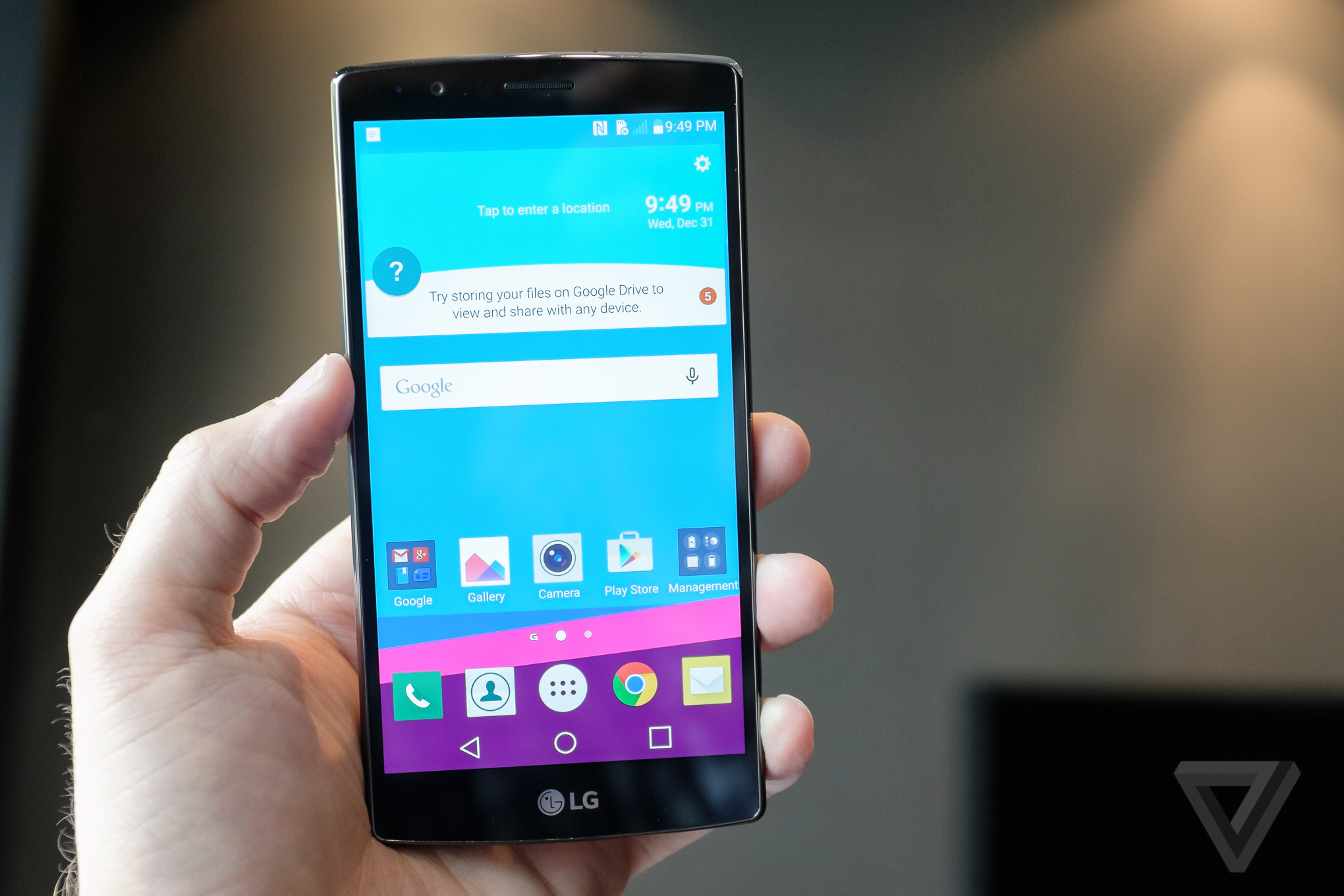 But while the overall design of the G4 is very similar to the G3, LG is offering the new phone with leather backs in a handful of colors that bring the all-plastic phone up a few notches in terms of look and feel. The company says it spends an inordinate amount of time (three months) making each leather back, and the materials and processes used to do so are the same as luxury handbags. The leather options are certainly an improvement over the gross, glossy plastic used on other LG phones, but it feels more like the phone is in a leather case than actually being a handcrafted artifact.

The G4's new screen is impressive

Though the G4's display has the same size and resolution as last year's phone, LG is touting a number of new technologies that supposedly make it the best display on any smartphone yet. The G4 has what LG is calling a "Quantum IPS" panel with the same color accuracy rating as displays used for color grading movies. It's 25 percent brighter with 50 percent better contrast and 20 percent better color accuracy. LG also says it's 11 percent more power efficient than the G3's screen. In person, it's certainly an impressive display, especially when compared side by side with other smartphones, but it's hard to say how much better it actually is in the real world.

The G4's camera is also upgraded over the G3, with a new 16-megapixel sensor, brighter f/1.8 lens, and improved image stabilization. It has the same laser autofocus system as before, but it also adds a new "color spectrum sensor" that promises more accurate color and white balance in difficult lighting conditions. LG also revamped its camera app for the G4 with extensive manual controls, including shutter speed, white balance, ISO, and RAW image capture. 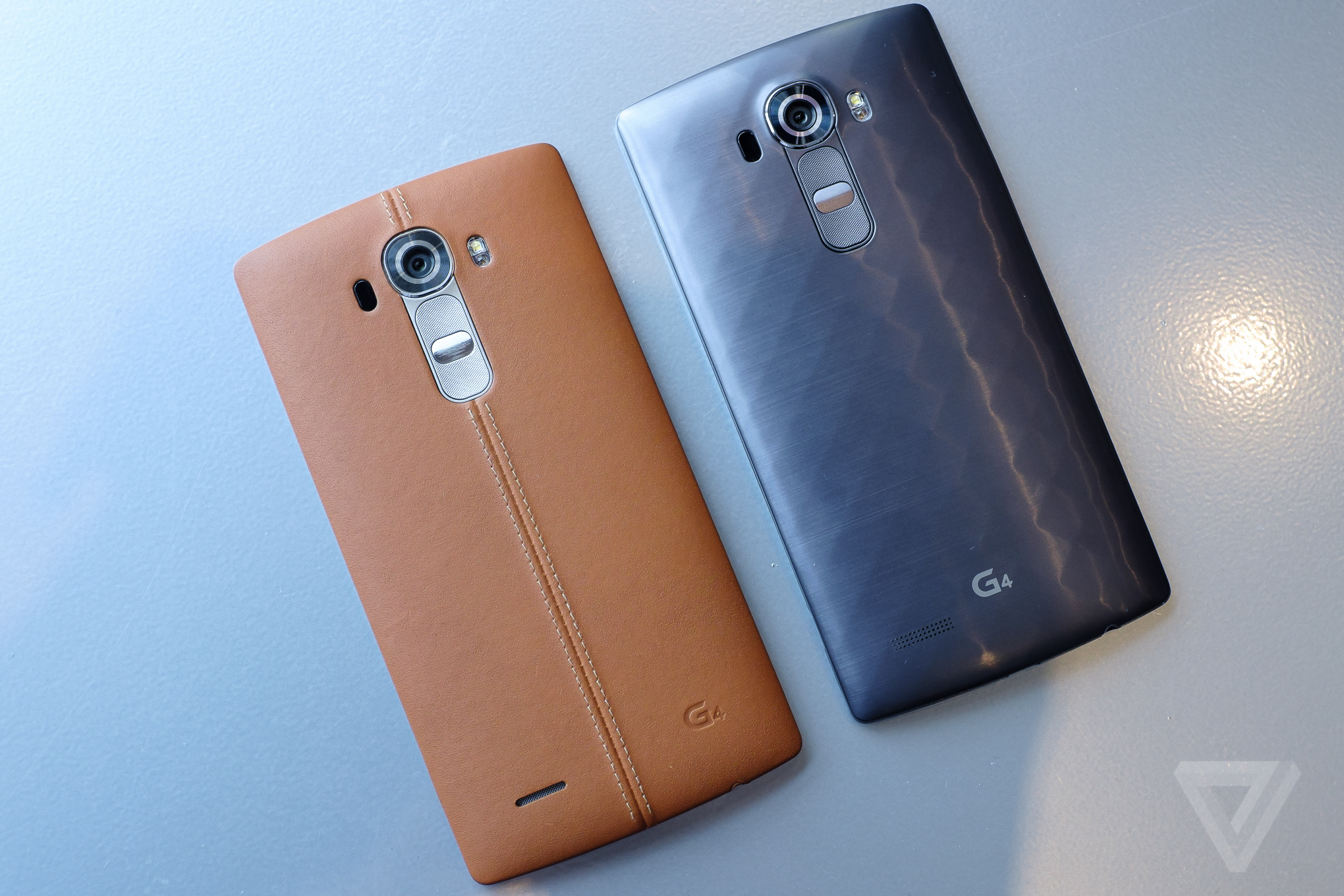 Other highlight specs include a Qualcomm Snapdragon 808 processor, 3GB of RAM, 32GB of internal storage, a 3,000mAh removable battery (but no Qualcomm QuickCharge support or built-in wireless charging), and a Micro SD card slot. LG also says that the GPS navigation and location services on the G4 are twice as accurate as other phones.

For software, the G4 is running Android 5.1 Lollipop with LG's custom interface. Like Samsung, LG says it has removed a lot of superfluous apps this year, and that most versions of the G4 will only ship with Google Chrome instead of two browsers. (Though the demo devices we saw ahead of today's announcement had both Chrome and LG's browser installed.) The G4 comes with 100GB of free Google Drive storage space for two years, and the native gallery, music, and file explorer apps have Drive integrated into them.

The G4 is entering an intensely competitive field

LG says it will be launching the G4 on all of the major carriers in the US around the end of May or early June. The company wouldn't specify pricing (or how much more those fancy leather backs might cost), but it's likely the G4 will cost about the same as the G3.

Samsung's Galaxy S6 threw down the gauntlet earlier this year and staked its claim as the best Android phone ever made. LG is making many of the same claims with the G4, but it remains to be seen whether or not it will be able to compete with the best of the best.