Westeros. Hyrule. Middle-earth. Some fantasy worlds are so distinct you just need to hear their name to conjure up images of them. And if the developers at CD Projekt Red have their way, soon you'll be adding the vast plains and fetid swamps of The Witcher 3: Wild Hunt’s Northern Kingdoms to that list.

The upcoming game takes place in a virtual fantasy realm that's 30 times bigger than the previous title in the series, and larger even than Skyrim, the torchbearer for open-world games like this. But it's not just big for the sake of being big. "The story that we're telling needs this huge world,” says senior environment artist Jonas Mattsson. 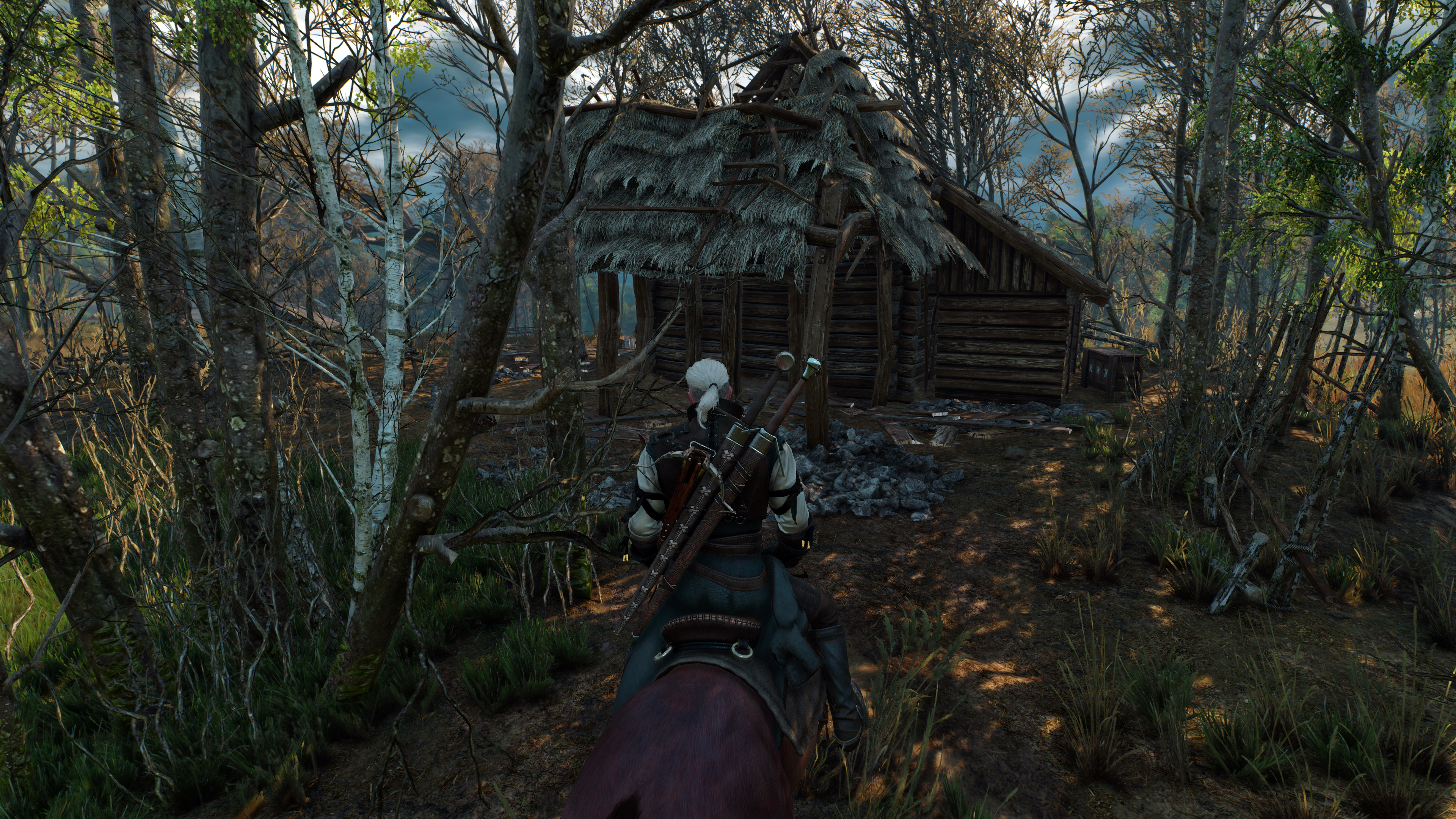 The Witcher 3 is the first game in the series since 2011, and it's the first to come to the new generation of game consoles. It once again follows the story of Geralt, a supernatural monster hunter known as a witcher, as he attempts to fight off an evil force invading the northern part of the world. The games are based on a series of novels of the same name, written by Polish author Andrzej Sapkowski. It's a vast work to build off of, spanning multiple books and short stories. But just like with HBO's adaptation of Game of Thrones, the game developers at CD Projekt had to figure out how to transform a world that existed only as words into a physical place. On top of that, they had to make it interactive: a place that felt alive, where you'd want to spend hours exploring. (The developer estimates that it could take upwards of 100 hours to complete the game, depending on how thorough you are.)

According to Mattsson, the huge scale of the world is something the developers had wanted to do for some time. "We always wanted to make an open world game, but we've been limited by tech," he explains. "So now we had these new consoles, it worked well so we could do the Witcher game we'd always wanted to make."

"You've done your job when the player doesn't notice that anything's wrong."

The process of building that world starts with the story. First the writers and narrative designers created the basic outline for how Geralt's adventure would play out, and they set about determining the layout of the land: where events will take place, how cities and swamps will be laid out, how large each area needs to be. From there, the world-building process moves to the level designers, who start to fill in that big, largely empty map with smaller, more detailed locations. The artists take it from there, taking rough sketches of areas and, as Mattsson puts it, making them "beautiful." The process can also move in the other direction: sometimes an artist creates a cool location that inspires a new side quest from one of the designers, and a writer will create a story around it. "It's very dynamic," level designer Miles Tost says of the process.

Despite being a game starring a supernatural monster hunter, one of the core design tenets of The Witcher 3 is realism. "Believability is a really big thing for us," says Tost. Because of this, in-game locations are inspired by places in the real world — even though they’re teeming with gryphons, zombie-like terrors, and other monsters. The sprawling city of Novigrad, for instance, has elements pulled from Nordic culture, from the architecture to the environment. Even its more fantastical elements are inspired by the mythologies from the region. "We don't rely on the classic fantasy tropes," says Mattson. "When we create our world, we create it based off how people used to live and what they used to believe."

The goal is to give each area its own distinct feel. Some sections of the world feature forests that feel ripped out of the Polish countryside, while others are scattered with ruins reminiscent of Scotland. Because the development team features members from all over Europe, they were able to pull from a wide range of influences. Mattson, for instance, was particularly focused on Novigrad and its surrounding region, as a native of Sweden who has a good grasp on the Nordic landscape and culture.

But just as important as making locations that look real is making sure they interact with one another in a way that feels authentic. Novigrad is a huge city, which means it takes a lot to maintain it, and that's shown through the layout of the world. On the outskirts of the city you'll find suburbans areas filled with people, which are in turn surrounded by farms and industrial buildings. You can take a detour from hunting monsters to see where the food that feeds the city is grown, or where all of the wooden carts get made. "You've done your job when the player doesn't notice that anything's wrong," Mattsson says of this attention to detail. "They go into a village, they accept the world for what it is." 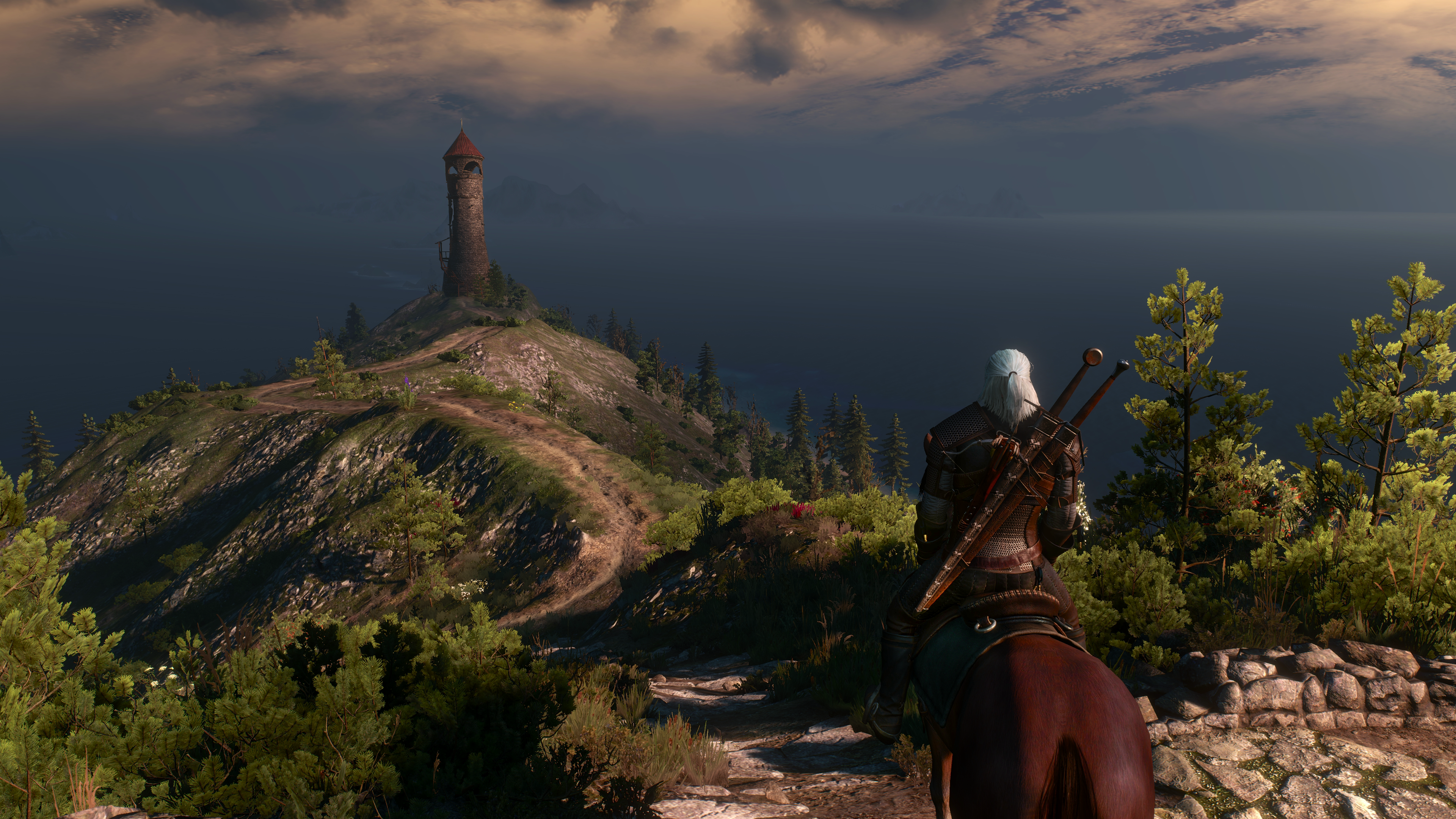 While it may seem like a massive undertaking for the artists and designers who have to fill up this massive map with interesting places, the team says it's necessary to make things feel authentic. "When you can give a location the space it needs," explains Mattsson, "you find that making a huge open world is more of a blessing than a curse." The idea is that traveling from one far flung location to another makes the quest feel more epic, and gives set pieces — the huge cities like Novigrad — the room to feel truly huge and impressive.

"The people who do see it, they will appreciate it a lot."

Of course, the world is made up of more than just human settlements. You'll come across vast fields and dense forests as you travel from one location to the next, but the team has tried to ensure that no part of the world feels empty. No matter where you are, you should be able to find somewhere to explore. And while you're doing that, you might just stumble across some surprises.

The team has filled the world with small, unexplained details that help flesh out the story. You might come across a tree covered in scratches from a monster battle, or a derelict ruin in the middle of nowhere. Many of these moments and locations aren't necessarily directly connected to the main narrative, and you could easily miss them if you’re in a hurry, but they’re used to help the landscape tell its own story, adding depth to the world.

Given the size of the world, the average player won’t see most of these moments; Mattsson and Tost admit that they don't even know everything that's in the game, and they've been working on it for years. "We're aware that many people probably won't notice these stories that we're putting in," explains Tost, "but the people who do see it, they will appreciate it a lot."

Players will be able to venture into that world soon. The Witcher 3 is launching on May 19th for the PlayStation 4, Xbox One, and PC. And for Tost, that day will bring the chance to finally see all of the bits he's missed over the course of development. "There are many stories that I haven't seen," he says. "That's why it's still fun for us to play."