There’s no getting around the fact that Kickstarter projects are a gamble. You can spend $100 on something like the Pebble just as easily as you can on something that was supposed to be a watch, but comes delivered late and resembles a potato.

That gamble, and the chance to come out on the other end with something nice, is what makes the Sesame smart lock so intriguing. For $149, or $89 for its early backers, it’s promising the same features as similar products that cost nearly twice as much. It’s even been graced with a promotional video made by Adam Lisagor, aka Sandwich, who has quickly become the Billy Mays of startup video pitches.

Sesame won't be the first, but it's one of the most affordable

Like competitors August and first-generation Lockitron, the Sesame lock is designed to fit on top of deadbolts to remotely lock and unlock your door using Bluetooth and a small motor. It’s a dead simple idea, but also one that’s proven to be finicky for companies that have already beaten Sesame to market. For instance, early buyers of the August smart lock, which is adorned with the loving design touches of Yves Behar, ran into problems with the lock automatically engaging and disengaging (even when people were not home), or taking a very long time to connect over Bluetooth.

I wasn’t able to test whether these same things happen with a pre-production version of Sesame. But I was able to see the Sesame successfully lock and unlock the front door of our office through its app, as well its special feature can trigger the lock with a custom knock pattern on your phone from inside your pocket, or right on your door.

The knock feature makes it a standout among other smart locks in its class. It’s also made the Sesame a security concern for people that worry about others overhearing or watching your pattern, then invading your house. Sesame creator Che-ming Ku, who was demoing for me, contends that the feature can only be activated when the lock detects your phone (or others you’ve programmed it to recognize) in proximity over Bluetooth, and that people can turn it off completely if they don’t want to use it. Users can also adjust the Bluetooth proximity so that you need to be right by the door, something that could keep people from unlocking your door with the feature when you’re inside your home.

Another thing I was able to see was the initial setup of it on three different locks, including two that were installed on the doors in our office. It turns out the version I saw, which Ku says is not a final production candidate, flat out did not work on the two deadbolts in our office (which were different designs). The latches were too low for the Sesame's internal mechanism, which cups over it to simulate what your fingers would normally do from inside your house, to get a good grip. The production model, which has already been designed, but is not yet available for demo, adds a layer of foam around the cup to form a better seal around the latch, and promises to work with a wider array of locks and lock positions. Ku broke out the sticky foam tape, added a few strips to approximate what the final version will include, and the problematic lock worked right away. 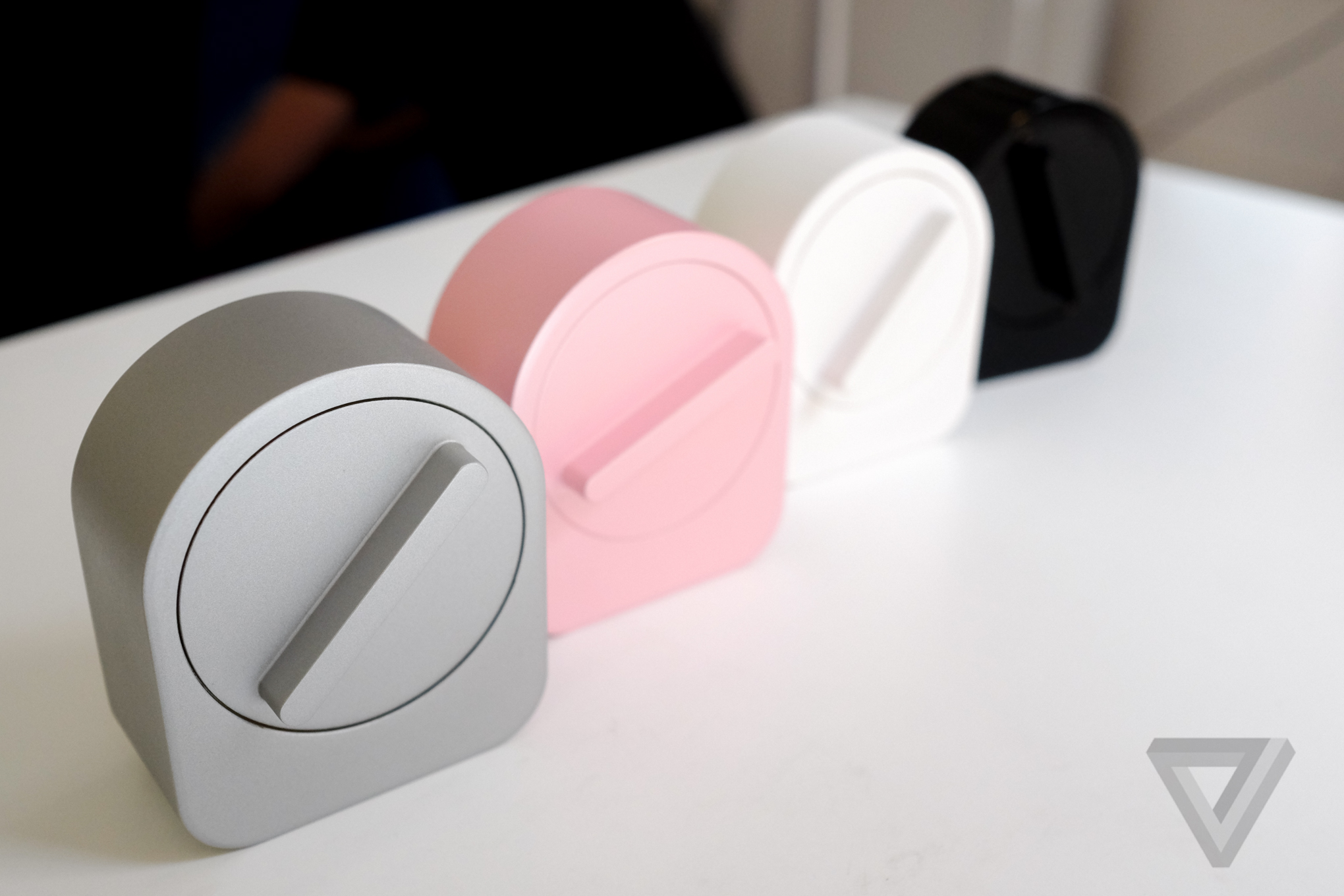 One feature that did not seem to work so well, but that Ku says will be sorted out in the final version, is the lock’s awareness of how far the lock is turned. When you set up the lock for the first time, you’re basically training it to understand how much rotation occurs to go from locked to unlocked. The Sesame uses accelerometers to do what our eyeballs and hands can put together in our brains. But because of some of the wiggle room without the proper seal, it could be miscalibrated just enough to keep a little bit of the bolt out, keeping the door shut. This happened several times, and caused Ku to need to recalibrate, which is not the kind of thing you want to happen when you’re trying to get into your home and you don’t have a key.

One other thing to consider with this lock and others like it is that you might have to give up one touch of security in exchange for convenience. If your dwelling has both a deadbolt and lockable door handle, you’ll have to keep that door handle unlocked. Ku says that with the app installed, you can get notifications if the door is opened up, and when people lock and unlock the deadbolt manually, which is something you wouldn't get otherwise. But it’s still something to think about.

Some things I didn't see working but that are coming: integration with the Apple Watch and Android Wear. You'll be able to say "OK Google, open sesame" into your wrist and have your front door unlock. Another feature integrates with Apple's HomeKit, so you can issue the same command to Siri from your phone. And last but not least is a small Wi-Fi Bluetooth adapter that can be added onto the system to let you lock and unlock the Sesame over your Wi-Fi network when you're not in range. This has become pretty standard among similar smart lock devices, though Ku noted that by not putting the Wi-Fi chip into the lock, Sesame is capable of squeezing about 500 days of runtime on a single pair of batteries.

This is no potato

Is it possible to make a recommendation from all this one way or another? Without seeing the final model, it’s too soon to tell, though I saw enough to verify that this is no potato. And for $149, Sesame is not asking for much compared to the price of others like it, though you’d be wise to wait to see how well the final model works before pulling the trigger. Also, its reign as least expensive lock through the Kickstarter campaign might not last long. Lockitron's second model is on its way very soon for $99 and does many of the same things. One thing is clear though, Ku seems dedicated. When I ask him whether he plans to finish school given that he and his colleagues have already raised close to a million dollars from this side project of his, he says yes without hesitation. After all, he’s got more work to do.