Anyone who grew up in the 1980s probably knows of Bo Jackson. Unlike most professional athletes, Jackson played both baseball and football, managing to become an all-star in each. Nike even ran a very famous “Bo Knows” ad campaign pitching the idea that Jackson could do anything, which very well could have been the case if a football injury hadn't eventually slowed him down.

Jackson’s popularity stemmed from the fact that it’s hard, and often downright impossible, to be that good at several things at once. And the same is often true with gadgets. But a new camera called the Flir FX is trying to do just that. It’s a home monitoring camera that can also be a GoPro-like action camera, dash cam for your car, or an outdoor security system — all depending on what kind of case you’ve inserted it into. The premise of the Flir FX seems to be that the guts of all these devices are basically the same, so why buy a completely different gadget for different types of activities?

Why buy several gadgets when the guts are the same?

That’s a pretty great take on how our electronics should serve us, though it comes with several major caveats — mostly that you end up having to spend more money on accessories to live that dream. Also, that removing your home security camera from your house means it’s no longer doing what you bought it for, and that there are inevitably compromises you’ll have to live with compared to dedicated gadgets for each type of activity. But more on that later. 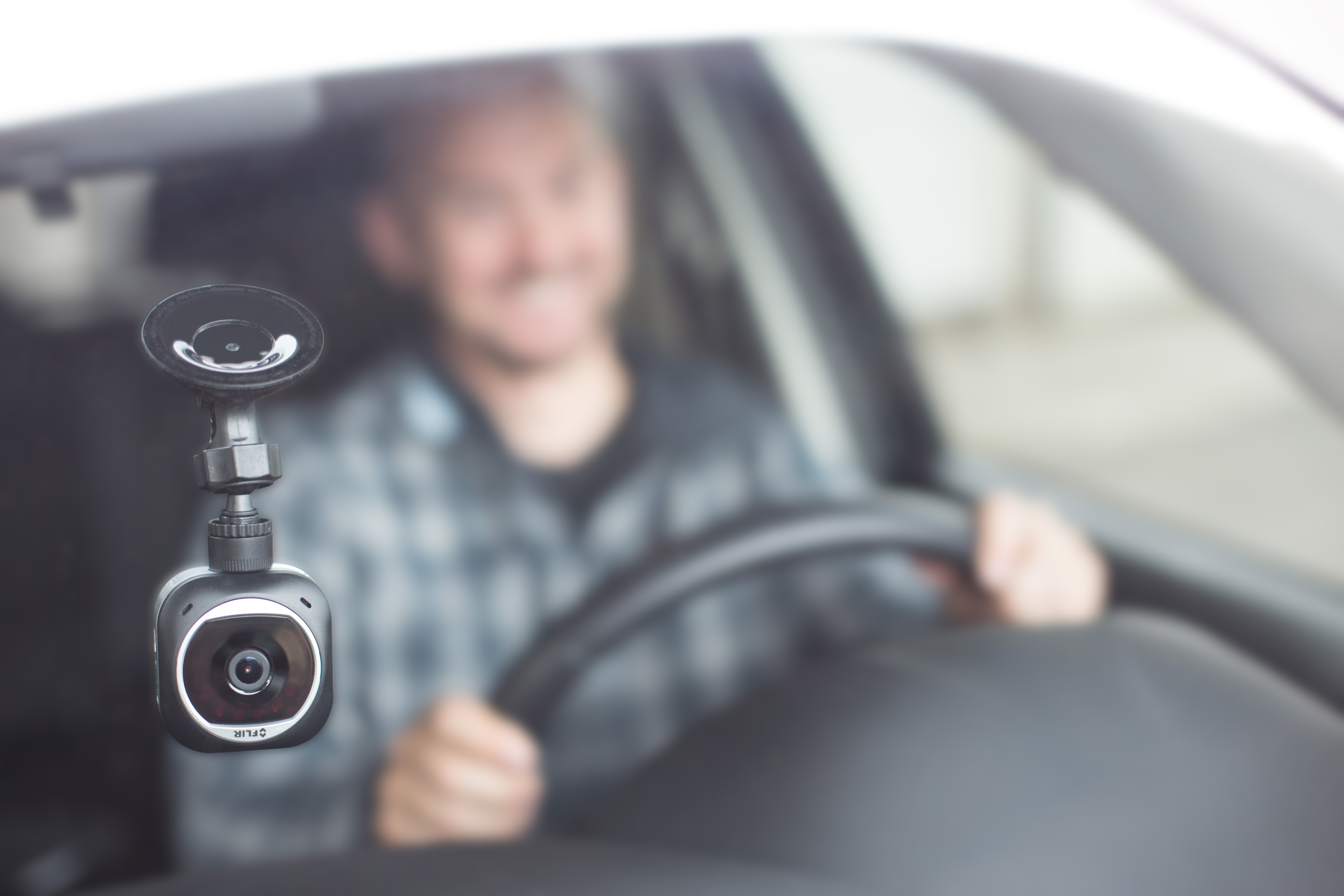 The Flir FX hooked up to its optional $49.99 suction mount for cars.

You might have heard the Flir name before from a $249.99 phone case the company has been shopping around that lets you see live thermal images with a special app. It was very neat, but arguably impractical for people who were not looking for temperature leaks around their house, or to reenact the best scenes from Predator. That phone case also wasn’t Flir’s first product. In fact, it’s a company that makes a good chunk of sales from very high-end camera systems that are used by the military, at airports, and at international borders. It’s also the same company that makes the Lorex brand of security cameras, which are mainly aimed at small businesses. All that is to say that this is not some new Kickstarter project from some unknown.

If your Wi-Fi or power goes out, it can fill in the gaps

What you get with the FX, which starts at $199 and goes up for preorders today, is a modular camera with 1080p resolution and a 160-degree viewing angle. Like other casual home monitoring cameras, it’s equipped with 802.11 b/g/n home Wi-Fi to stream video up into the cloud, a speaker and microphone for two-way conversations, and infrared LEDs that help it see about 30 feet in the dark. There's also a microSD card slot and an included 8GB memory card to store video when you're using it to capture footage on the go. Where things get interesting is that there's a built-in two-hour battery in both the camera and its detachable stand. Combined, that means you get about four hours of battery life and video recording if your power goes out. When it comes back on, the system automatically uploads that footage to the cloud, so you don’t have a gap in your recordings. You can also connect directly to the FX to download footage or change settings when it’s running off batteries alone.

Flir has built in a fairly simple way to trigger what gets recorded and what doesn’t, using a mix of sound, temperature, and motion alerts. Using the Flir FX app for iOS or Android (which is currently the only way to set up and view footage until a web viewer is released later this year), you can check off the boxes you want to track motion in, like doors, windows, or specific objects in your house. Flir’s system is not as advanced as Dropcam’s, which lets you create multiple zones using such a system, each of which can have their own alert rules. 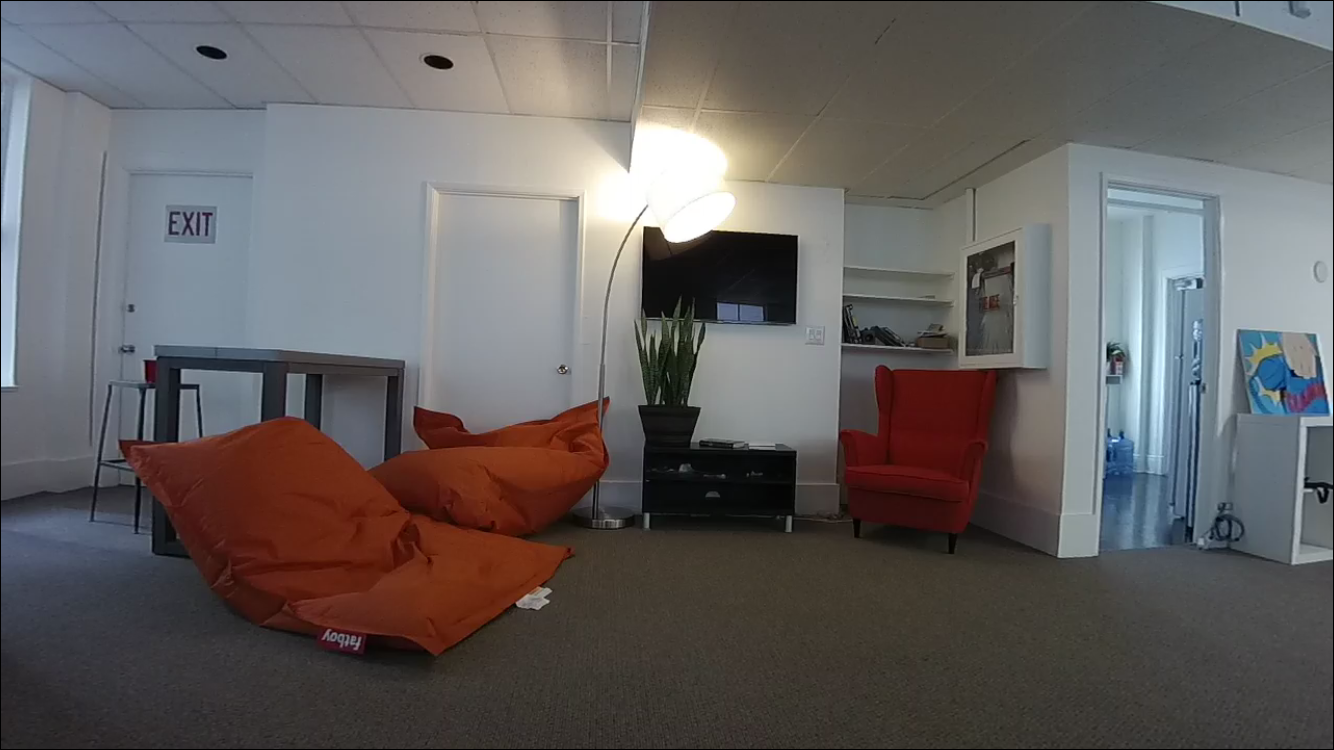 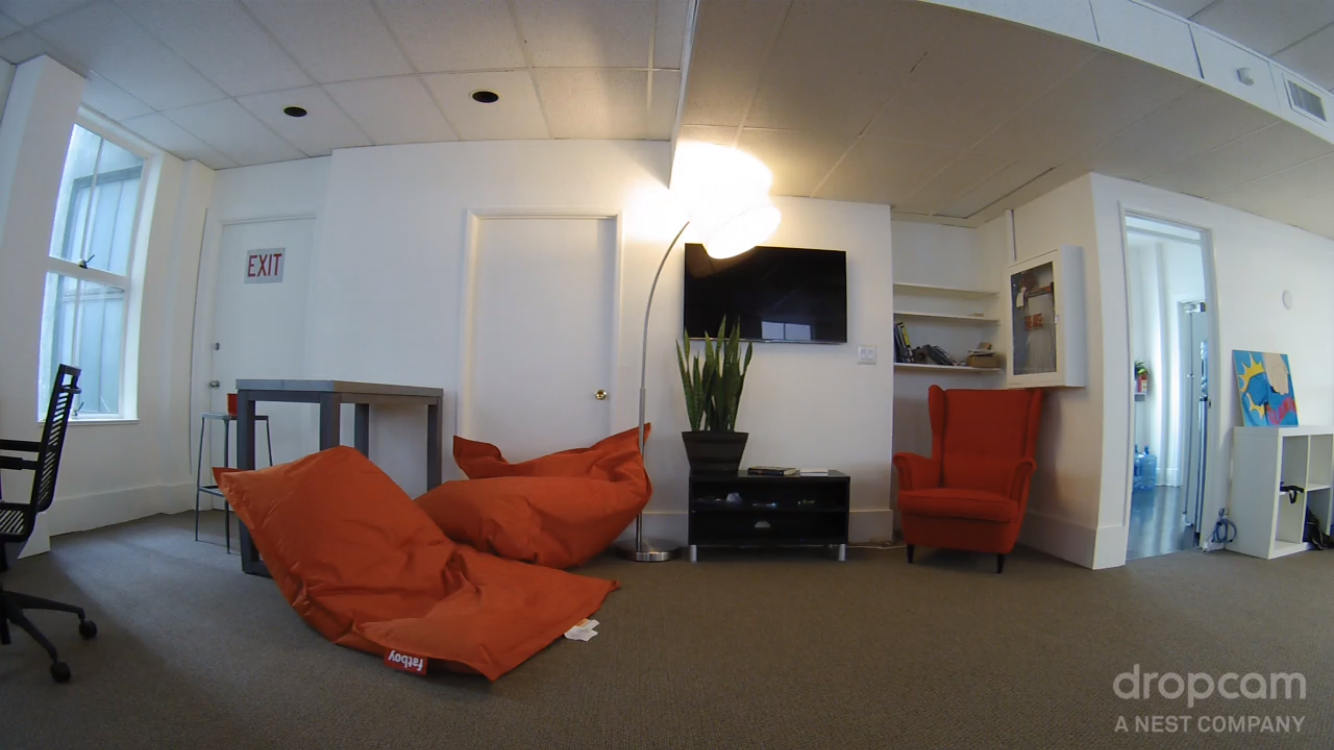 Stills taken from live video feeds of both a Dropcam Pro (left) and Flir FX (right). The Dropcam Pro has a 130-degree view, while the Flir FX has a wider 160-degree view. However, when running as a monitoring camera, the image is narrowed and de-warped through software. Using it as an action camera extends it to 160 degrees.

Flir’s unique features over Dropcam and others are optional weatherproofing and a video replay tool called RapidRecap. The weatherproofing can be had with a special outdoor case that either runs as a $79.99 accessory, or as part of a $249 camera bundle. This can be mounted outside and adds special infrared LEDs that let the camera see 65 feet (up from the 33 feet you get with the built-in lights).

RapidRecaps are very cool but take work to create

RapidRecaps are all the activity that’s been captured over the course of several hours — or even an entire day — overlaid at once, with timestamps. This means you don’t actually need to watch the entire recording to see comings and goings. Instead, it’s presented in a bizarre, ghost-like experience where people, cars, and pets move around and through each other with little floating timestamps. You can use this information to jump to that particular video snippet, and see it separate of everything else.

The idea behind RapidRecaps are really to act as triage for long recordings with people or motion in them, but it takes some work to make them. And how RapidRecaps actually help you surveil your home in realtime is questionable. Tools in competing products like facial recognition in ArcSoft’s Simplicam or Dropcam’s people detection seem like better solutions, alerting you to things as soon as they’re happening. In the case of RapidRecaps, you need to create them from a special menu inside of Flir’s app, which lets you pick what time of the day you want to view. Then it takes a few minutes to churn through the footage far away on a server farm before you can see it back in the app. It would be better if it was something constantly being produced that you could go back and check when you wanted.

If there is one reason to go with Flir over the likes of Dropcam and Simplicam though, it’s the free cloud recording with alerts. Flir is doling out a generous two days of free cloud recordings as part of its Flir Cloud service. You don’t have to use this to operate the FX, but it’s nice to have. And to be perfectly clear, this is not two full days of around the clock footage that’s being uploaded — just every motion or sound event that’s been recorded. Those who need more can upgrade to a seven- and 30-day plan for $9.99/month or $99.95/year and $19.99/month or $199.95/year respectively, which is $100 less than Dropcam on the high-end plan. Besides the extra recording time, the paid plans also increase the number of RapidRecap videos you can create, how long those videos can span, and how long they’re stored. (The free plan allows for three RapidRecap videos.)

Who buys a home security camera to bring on vacations?

All this is fine when comparing the FX to the Dropcam, but the FX promises to fill the role of two other gadgets: an action camera and a camera for your dashboard. Yet buying the FX to use specifically for those two activities is less compelling. For one, you’ll need to buy a sport case or dash suction mount which sell as $69.99 and $49.99 add-ons. Even with the cost of the camera, that ends up being cheaper than a high-end GoPro, but you don’t get as many features as even its lowest-end model, including a wealth of mounts and better quality video. It’s a different story if you’re in the market for a dash cam, where you’re arguably just as well off using your mobile phone, since you’re probably not going to want to leave a $248.99 gadget sitting unattended if you park somewhere. But most importantly: using the Flir FX outside your house means it’s no longer useful as a security camera, which is where most of its best features lie.

Do all these shortcomings make the Flir FX a bad idea? No. But it’s hard to imagine a scenario where using this outside of your house would be preferable to more specialized gadgets. Perhaps the only one is for people who might want to buy an action camera like a GoPro that’s useful for times when they’re not on vacation. What you’re not getting is the Bo Jackson — something that is the best of each of those categories. At least not yet. In the meantime, this is a very attractive product if you’ve been in the market for something like a Dropcam, but want something that can transform into something else when you inevitably change your mind.