Locked in Grantland's sports-cave-dungeon studio with Bill Simmons, Hollywood mogul* and Arrested Development executive producer Brian Grazer confessed on camera that 17 new episodes of the Fox-turned-Netflix series are being planned.

But look how he says it (skip ahead to 24:30). "People are loyal to it, and we're gonna do another... 17 episodes. So stay tuned for Arrested Development." Those three dots, that pregnant pause wherein he looks toward the camera, is crucial. Who is he looking at? Who is holding him captive and coercing him to confirm 17 more installments of Arrested Development? 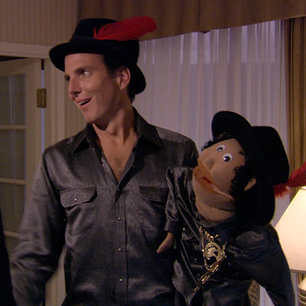 In all seriousness, it's forward progress that such a specific episode count exists. A new season has been discussed openly for some time, with writing and scheduling issues largely being the reason for such a vague timeline. Which we still don't have, by the way — but hey, forward progress!