Dell just announced its follow-up device to the Venue 8 7000, and it's a business-focused 10-inch tablet called — you guessed it — the Venue 10 7000. Coming later this month, the base model will cost $499, and it will also be sold with an attachable backlit keyboard for $629.

Like it did with the Venue 8 7000, Dell is playing around with the traditional form factor of a tablet with this new model. The 10-inch tablet is mostly a thin slab of dark, brushed aluminum, but it has a big metal cylinder that runs along one of the longer sides. That serves a couple of purposes: it houses the battery and some internals, it's where the keyboard attaches, and it has some ergonomic value in that it gives you something more substantial to hold than just a bit of aluminum and glass. The shape is off-putting at first, but it did feel like it could offer some benefit, and it definitely felt less awkward to hold than the Venue 8 7000. 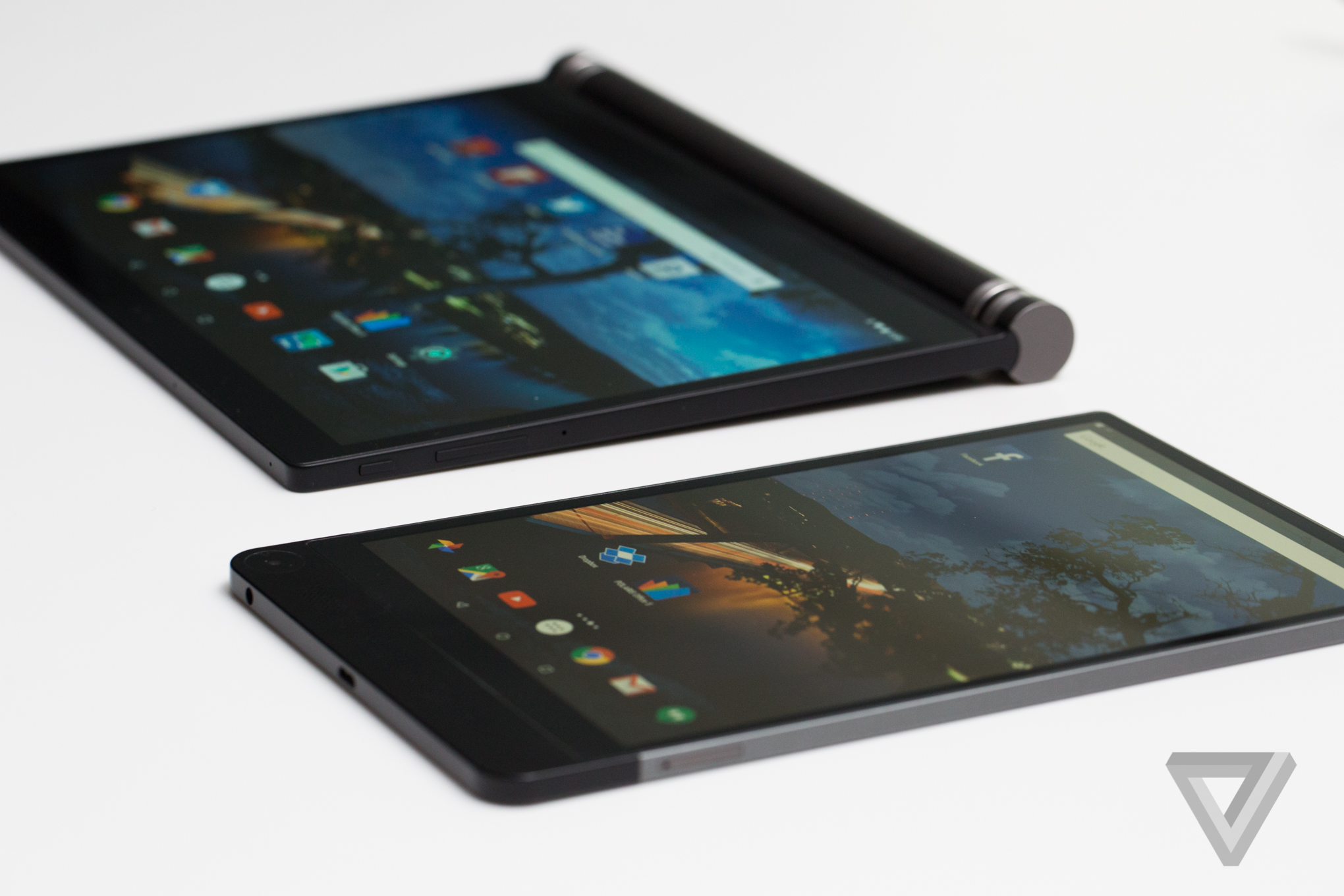 If you put the price and shape aside, this is a really capable tablet. It's got the same gorgeous 2560 x 1600 OLED display and the same quick quad-core Atom chip as the Venue 8 7000, and both of those hold up great in the new form factor. It fits all that in almost the same thin package, too, as the Venue 10 7000 measures just 6.2mm thick. Along the smaller sides of the Venue 10 you'll find a micro USB port, headphone jack, and a MicroSD slot that can expand the storage up to 512GB.

The Venue 10 is almost twice as heavy as the Venue 8 — 598 grams compared to 305 — but most of that weight is in the cylinder. Intel's RealSense camera is back again, too, though it's still hard to find real utility for the technology. It doesn't help that you still have to use the sluggish and unintuitive camera and gallery software made by Dell, even if this tablet runs the rest of Android Lollipop quite smoothly.

The Venue 10 has a bigger battery, but it won't last longer than the Venue 8

One key difference with the Venue 10 is that it has a big 7,000 mAh battery, but it apparently won't necessarily translate to better battery life. Dell told us in a briefing last month that you'd be able to use the tablet for up to 15 hours even with the keyboard attached, but with today's announcement the company is claiming only 7 hours of battery life. That's even less than what the Venue 8 7000 offers, and it takes away what would have been a great selling point — especially since Dell hopes this tablet will take off in the business world. 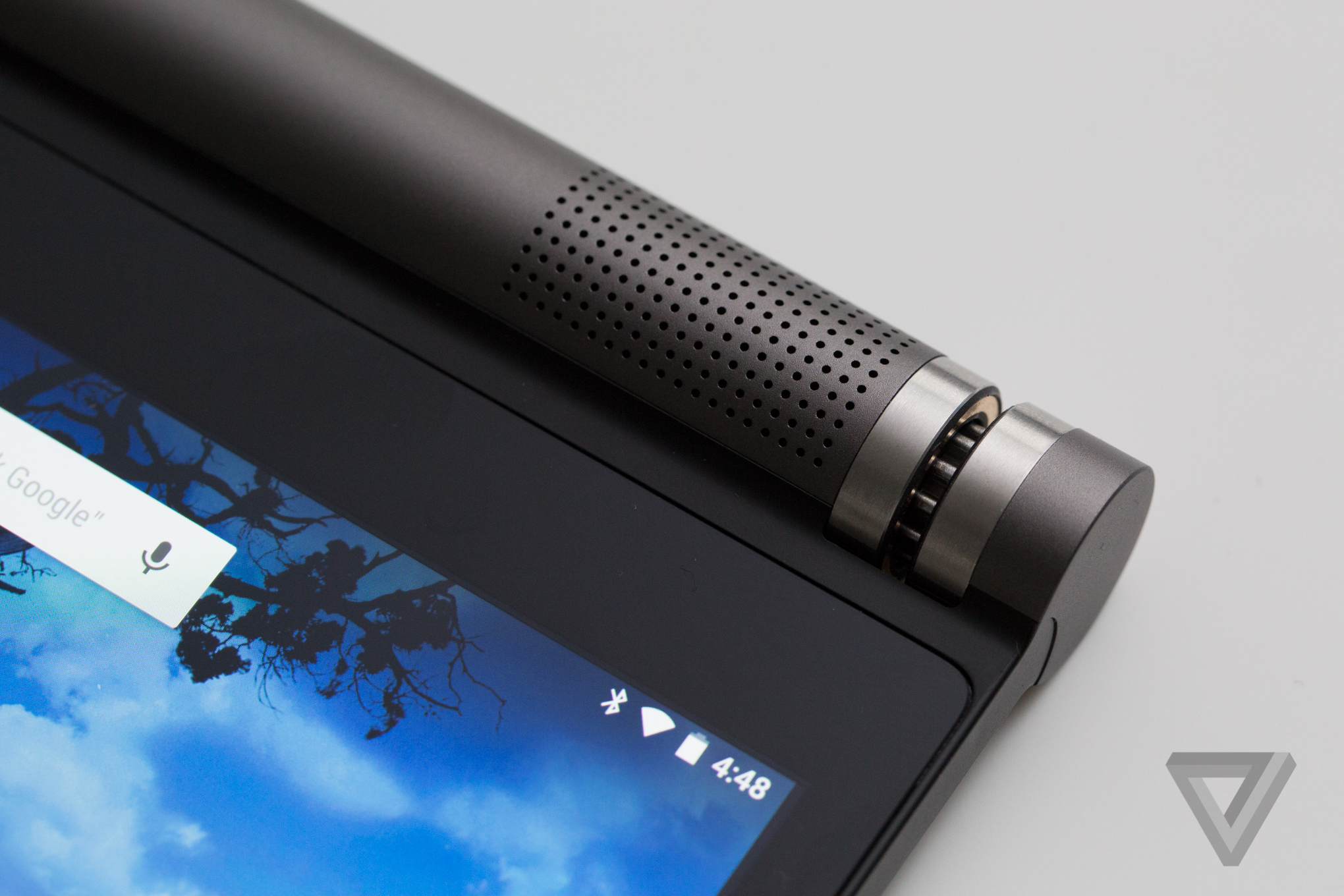 While terrible portable keyboards are easy to find, the one that Dell is selling alongside the Venue 10 isn't one of them. The keys are responsive, the back-lighting is strong enough to be useful in a dim room, and it even has a trackpad that works well. It easily slots and snaps into the tablet, and it can be folded around 180 degrees as well. It also isn't too easy to remove after it locks in place, which is a good thing.

When you attach the keyboard, the whole rig does feel like a great option for getting some work done in a cramped space. It's like a compact, lightweight version of the two-in-one laptops that we've seen more of over the last few years. It's also nicely balanced — when you reach up to tap on the screen it's not easy to knock the whole thing backwards. The keyboard only works with the Venue 10, though, because it's specifically built to slot into (and acquire its power from) the cylinder that runs along the side of the tablet.

The tablet market has stalled and could use some innovation — it's one of the reasons we liked the Venue 8 7000 in the first place. The Venue 10 is probably too expensive to elicit change, especially with the keyboard, but it's at least another option.