Video game “playthroughs” are a dime a dozen. For every major title and many minor ones, tons of YouTube videos show viewers story elements, cutscenes, and tips for getting through tricky spots. They’re useful for those engrossed in a game, and a good way to get a sense of whether you would like a game you haven’t played it yet. But those videos are also utilitarian affairs that don’t have much appeal to those unfamiliar with the title in question.

College student and aspiring game designer Grant Voegtle’s playthrough videos of The Last of Us are something entirely different. Today, Voegtle is releasing the penultimate chapter in a series of long videos on his YouTube channel in what he calls a “cinematic playthrough” of The Last of Us. These videos effectively cut the game into TV-style episodes that downplay the game’s combat elements and instead focus on the game’s engrossing story, characters, and ruined world. Voegtle’s series won’t help you find all of the game’s secret collectibles or learn how to get through the toughest battles. But you could put the first episode on your TV, show it to a friend who’s never heard of The Last of Us, and get them hooked without actually playing the game.

That’s the idea behind Voegtle’s cinematic playthroughs, which he told me are inspired by the desire to share the The Last of Us with non-gamers. "I was hearing that people wanted to share the story of The Last of Us with their family, but they just didn't have the time to have them sit down and play the entire game," Voegtle says. "Hearing that and knowing that I could do that for people — that's been the most motivating thing so far to keep me working on it."

The videos are a labor of love for Voegtle, who has been making The Last of Us videos on his YouTube channels since shortly after the game was released in July 2013. "I first started doing videos when I discovered the multiplayer part of the game," he says. "I was making tips videos and stuff just a month or two after the game launched." Voegtle actually got some attention from developer Naughty Dog itself with a half-hour analysis video that he made in December — a video that now has over 600,000 views.

While the bulk of Voegtle’s efforts focused on bringing The Last of Us to non-gamers, the idea was born as a response to players who said the game’s combat was lacking. "A couple people made analysis videos ... and said that a lot of the AI behaviors in the E3 demo that made it look so cool didn't end up making it to the final game," Voegtle says. "They were saying the game's combat wasn't cinematic, but that wasn’t my experience — so I came up with the idea of just playing through parts of the game, making it look as cool as I could."

These videos won't help you beat the game, but they will help you appreciate the story

The idea caught on with Voegtle’s YouTube audience, who started telling him that they’d love to show more complete videos to friends or family members. At that point, Voegtle figured "shit, I'll do the entire game like this and try to make it like a movie." As a result, his target audience shifted dramatically — away from the hardcore players pulling the game apart and toward people sitting down to "watch" the game the same as they might with any TV show or movie. 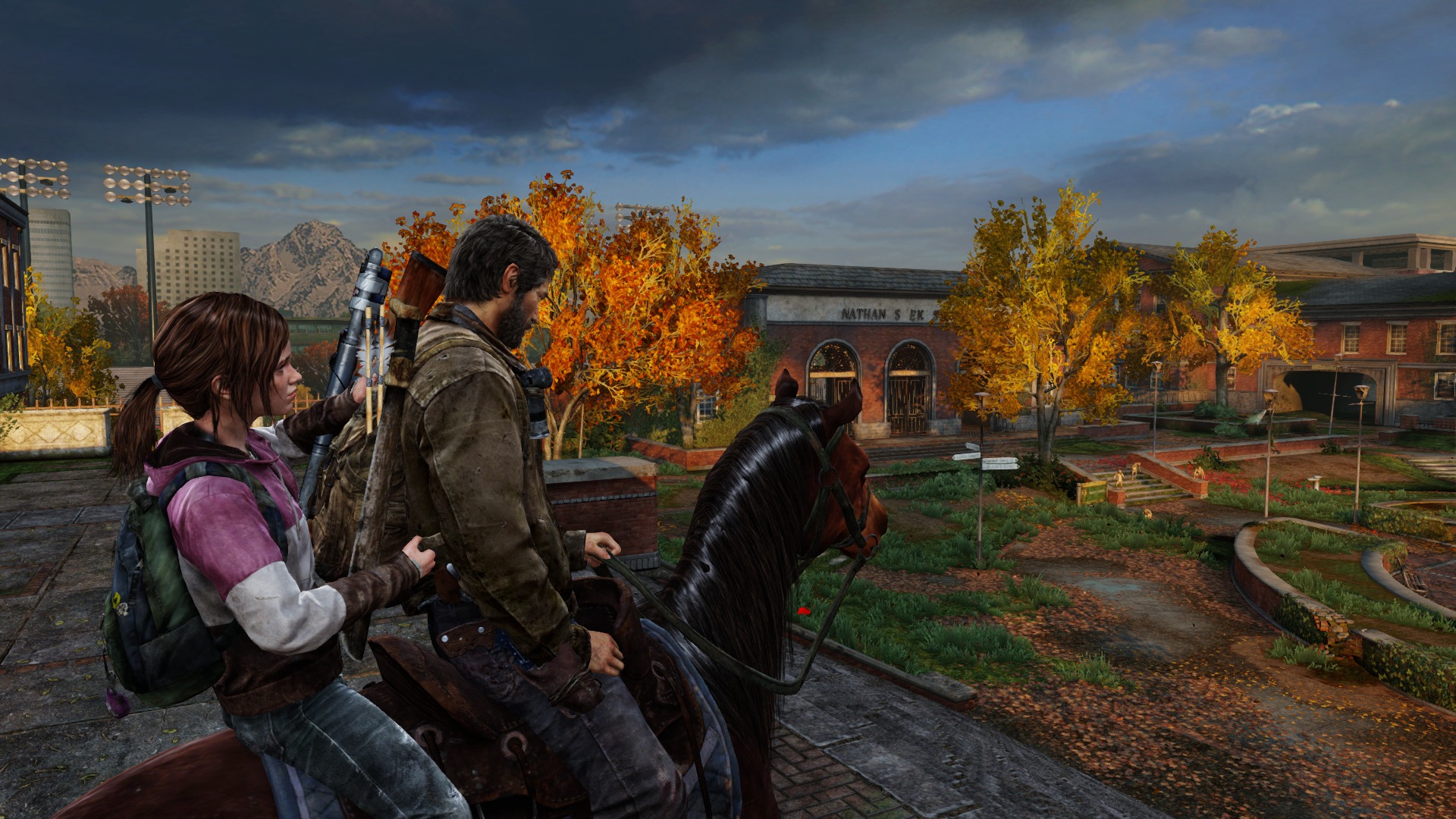 The Last of Us is particularly well suited to this kind of editing — it’s widely recognized for its exceptional story, voice acting, and motion-captured performances. But it’s also a game heavy on combat, and one that spends most of its time looking over the main character’s shoulder, which doesn’t necessarily make for compelling viewing. That’s why one of the most notable things about Voegtle’s playthroughs is what he chooses not to show — iconic battles and small character moments have been exorcised for the sake of expediency and a tighter story.

Figuring out the story is only part of the challenge, though. There’s also the matter of making sure the AI behaves the way the scene calls for, getting the game’s camera in the right place, making sure combat sequences go according to plan. That’s why each 30- to 40-minute installment of Voegtle’s series takes him an average of 20 to 30 hours of work. He’s played some parts of the game up to 100 times to get make everything look just right.

Today’s episode was the most challenging of all, Voegtle says. He had released an episode every Friday for the first five weeks, but episode six took nearly all of April to put together. It’s nearly an hour long and covers some of the most emotionally pivotal scenes of the entire game — and so it’s a chapter Voegtle felt a lot of pressure to get right. "I could have just played through, gotten some shots of scenery and characters, thrown it all together, and been done with it weeks ago," Voegtle told me as yesterday. "But I decided instead to experiment with restructuring scenes and making the action as fluid as possible — as well as playing up some symbolism and themes that the ‘Winter’ chapter [of the game] presents." 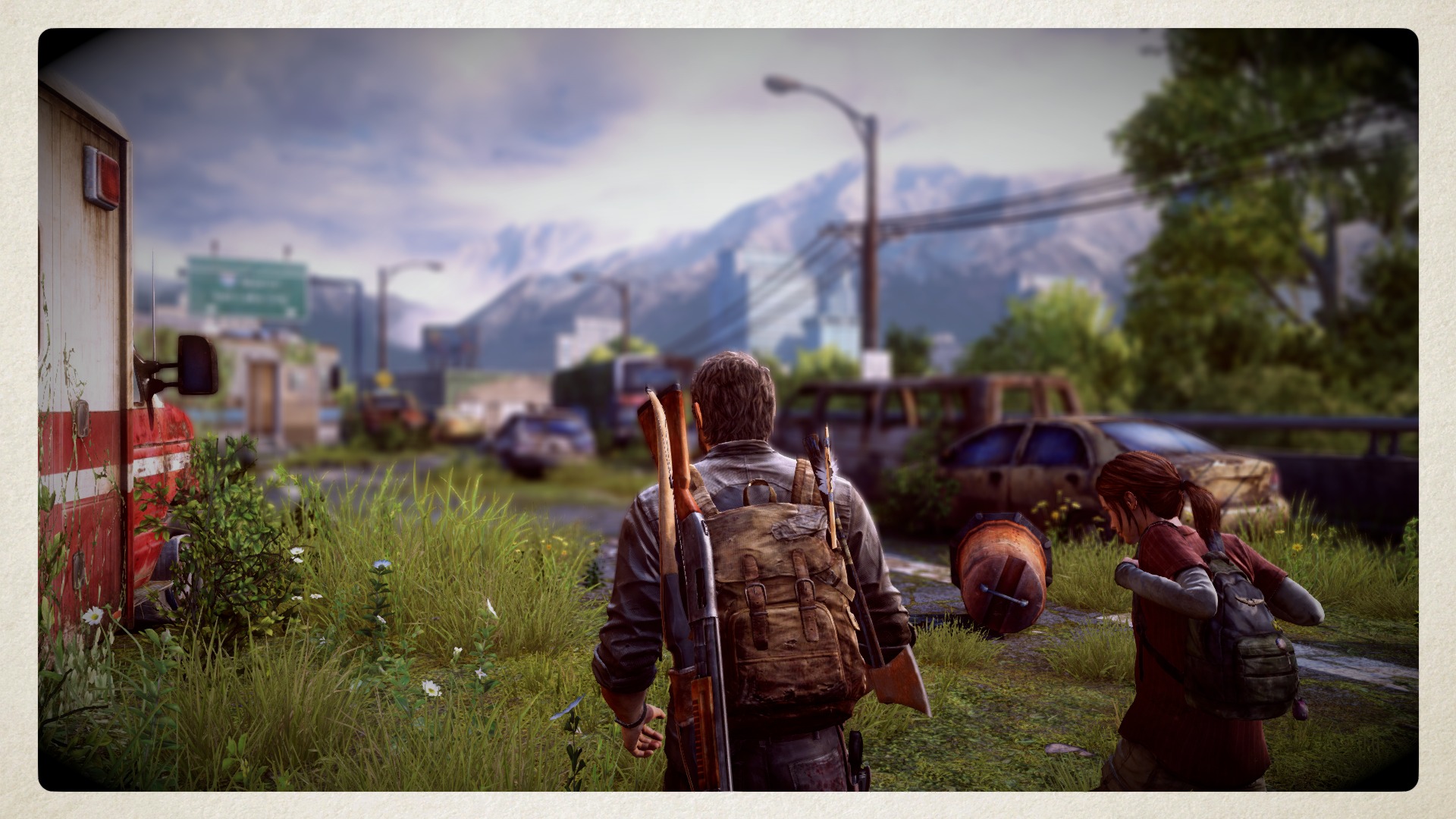 At this point, the work is grinding Voegtle down a bit. Despite his love for The Last of Us, he’s ready to put the game aside, catch up on games he’s missed (*Bloodborne* and *Far Cry 4* are up next), and work on other video ideas for a while. "I'd love to do more analysis videos, as well as photo-mode montages for games with that feature," he says. "Mainly, I want to experience new games and expand my audience beyond the Last of Us fan base."

"I hate the game sometimes, a little bit."

Indeed, even as fans are waiting for Voegtle to wrap up his series, he has already mentally moved on from The Last of Us. "I still love the game — I’ll always love it," he says, a noticeable hint of burnout in his voice. "But I also hate it sometimes a little bit. I'm just going to take a long break from it after this."