Stealth games are hard to get right. While sneaking around undetected can be thrilling, being spotted isn't, and these games have to walk a fine line between challenge and frustration. Make it too hard, and it’s just no fun. Few games have done it well, but that hasn't stopped Klei Entertainment from trying and succeeding — twice. The studio released Mark of the Ninja in 2012, a game that really made it feel like you were a ninja silently stalking your prey. And this week the Vancouver studio is releasing Invisible, Inc., a game where you play as a retrofuturistic spy, infiltrating government buildings and getting out with lots of secrets. Both manage to make stealth actually fun, and they do it in completely different ways.

What makes Invisible, Inc. so unique is its turn-based gameplay, which makes it feel sort of like a classic PC strategy game; you even view the world through an old-school, isometric perspective. Think of it as X-Com meets Metal Gear Solid, set in a world that mashes up cyberpunk and 1950s spy thrillers. You control a team of agents, and you have five days to take on a series of missions that involve infiltrating a building, gathering data and secrets, and then getting out alive. For each turn, your agents have a limited number of actions they can take, like moving into a different room or hacking a computer, and once you finish them up it's the guards' turn. This repeats until you’re either captured or you complete the mission. 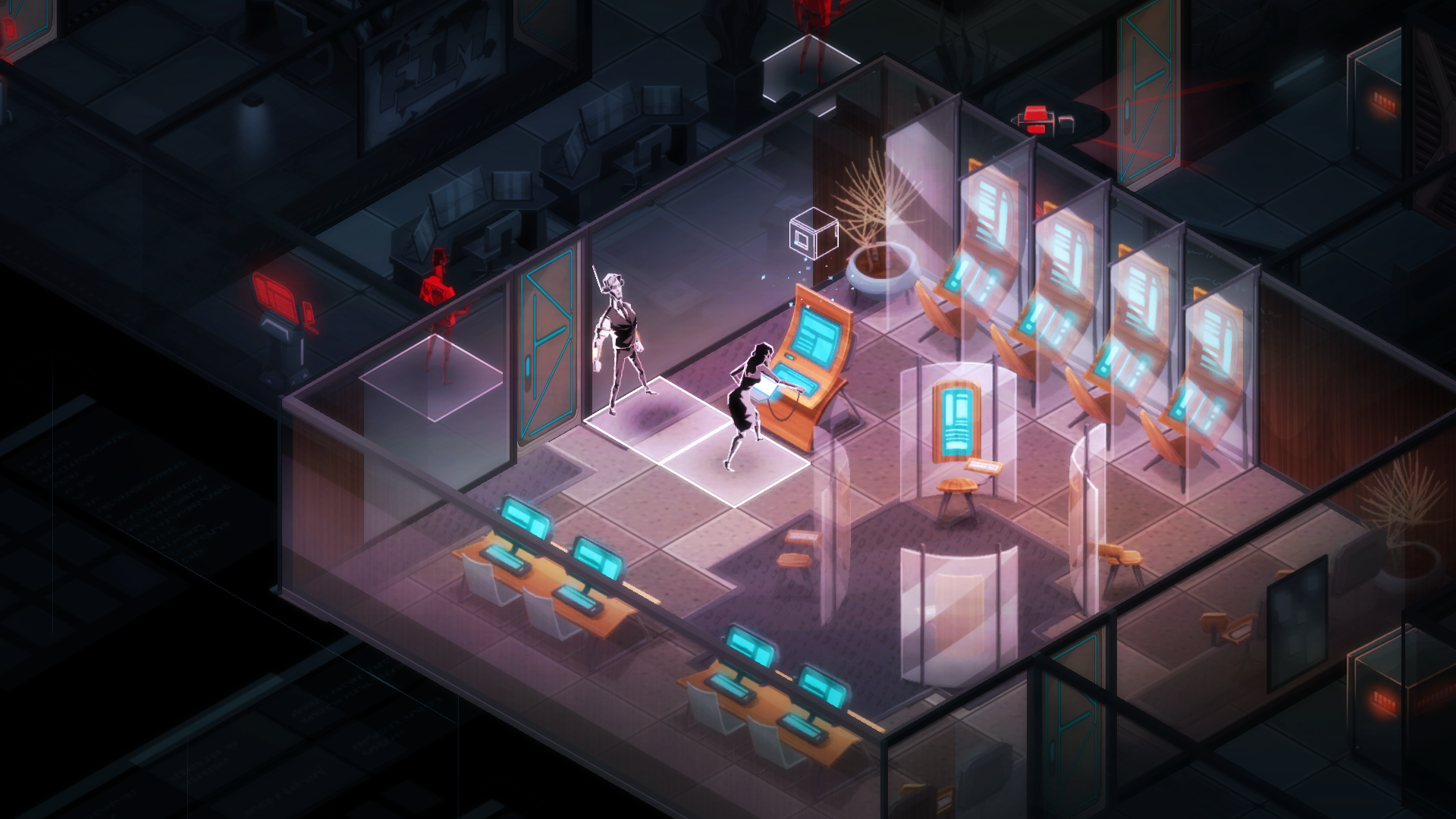 This structure works for stealth for a few reasons. For one thing, it really feels like you're dropped into the unknown and forced to figure out things for yourself, just like a spy. Each building is randomly generated, so you'll never experience the same one twice. And until you start moving, the entire level is blacked out (with the exception of your immediate surroundings). In order to figure out where things are — like whatever it is you're trying to steal, or the exit — you'll need to explore. You can peek through doors and look around corners, but you have to do it cautiously, otherwise you'll probably be spotted by a guard or security camera. But you also can't go too slow: with each turn the security level rises a little bit, adding more guards and additional security measures. It’s an interesting tension that makes every decision seem important.

"We don't know what the hell we're doing."

The thing is, when you do get caught, it can actually be fun. Because the game is turn-based, you have time to act after you're spotted; it’s not simply game over. When a guard sees you, they'll be alerted to your presence, but they won't actually shoot you until the next turn. This creates hope: if you play your cards right, you'll still be able to get away. You might be able to quickly sneak out of the guards’ field of vision, or slip in behind to knock them out. Instead of being frustrating, being spotted becomes a thrill. At one point in the game I found one of my agents, who had just rifled through a safe to find some important documents, surrounded by three guards, each of which had been alerted to her presence. Yet somehow, after a few close calls, I managed to get out and quickly make my way to the exit. These moments are my favorite parts of Invisible, Inc.

Despite the fact that Klei has already made two excellent stealth games, this isn't a studio that's known for doing just one thing. In fact, aside from one sequel — 2012’s Shank 2 — all of the developer's games have been startlingly different. Shank was a brutally violent 2D brawler, while Mark of the Ninja was a side-scrolling assassination game. Don't Starve, meanwhile, was exactly what it sounds like: a survival game about enduring the harshness of an often inscrutable wilderness. With its isometric, cyberpunk styling, Invisible, Inc. is yet another completely new turn for the studio. "We don't know what the hell we're doing," Klei founder Jamie Cheng says, when asked how the studio comes up with new ideas. "We're playing around, and then whenever we find something interesting we jump fully on board."

This makes it hard to say exactly what it is that makes a Klei game a Klei game. "Some people have said that they can tell," says Cheng, laughing. "I'm actually not sure how they can tell." But if there's one defining characteristic, it's that the studio's games seem to really focus in on one idea and get rid of anything that doesn't fit. In Don't Starve, you're mysteriously transported to a terrifying forest filled with demons and other oddities, and when you first start playing, everything feels alien and unfamiliar. You need food to eat and resources for crafting useful items, but figuring out how to make things is super hard. And one wrong mistake can mean the end; the game features permanent death, so when you die, it's game over. Even the art style, with its rough, squiggly characters, lends to the dark, Tim Burton vibe of the game.

"It's just this space we felt wasn't really explored."

Similarly, Invisible, Inc. is all about one core idea. "Invisible, Inc. was, to me, this thing where we could really explore what a real spy does, what a real stealth game is like," says Cheng. "Which is, you actually don't know what's around the corner. It's just this space we felt wasn't really explored." The procedurally generated levels help create this sense of the unknown, while the turn-based action gives you a small sense of control, much like what a secret agent would have. The setting, meanwhile, came later, so that the studio could add in all kinds of cool gadgets for you to play around with. And the wonderful art style just adds to the feeling that you’re a slick secret agent. The concept went through plenty of revisions — some of the original prototypes included a multiplayer-only version and a card-based mobile game — but anything that didn't fit with the core theme was eventually cut.

The game has been available as an early access title on Steam since last year, but this week the final version is available on Windows and Mac (a PS4 version is also coming at some point in the future). It's one of my favorite strategy games in a long time. Every element just feels exceptionally polished and refined, from the character designs to the menus to the core gameplay. And it makes me excited about what the studio will do next — not because I want another Invisible, Inc., but because I want to see what other cool, new ideas Klei will come up with.

"We try to do something different every time," says Cheng.