The best cheap smartphone you can buy

Share All sharing options for: The best cheap smartphone you can buy

If you took stock of all of the products that you own and use every day, chances are the most-used thing in your life is a smartphone. These ubiquitous pocket computers keep us constantly informed, entertained, and connected in a world with endless information, entertainment, and ways to connect with other people. But even though nearly two-thirds of adults in the US own smartphones, the ones you hear the most about — the iPhones and Galaxys of the world — are not cheap. They usually cost many hundreds of dollars, with some versions even nearing a thousand dollars.

Thanks to the maturity and popularity of smartphones, you don’t necessarily have to spend a thousand dollars to get a great experience. In fact, there are many options available right now that don’t cost more than $200 all in.

The things to look for in a cheap smartphone aren’t much different than an expensive model. You’ll want a great screen, fast performance, easy-to-use software, and a battery that will get you through a day of use. You’ll also want something that’s comfortable to hold and pleasant to look at — just because you saved a few bucks compared to the guy next to you doesn’t mean that your phone has to scream “cheap skate” to everyone on the subway that sees it. And you’ll want something that can work with all of the latest apps and services. Nothing will make you regret not springing for the more expensive model than being left out of the latest app or game that your friends are raving about.

Head to your local carrier store and the selection of cheap smartphones can be just as daunting as the options at the high end. But when you add everything up, there’s a clear winner.

Our review of Motorola Moto G 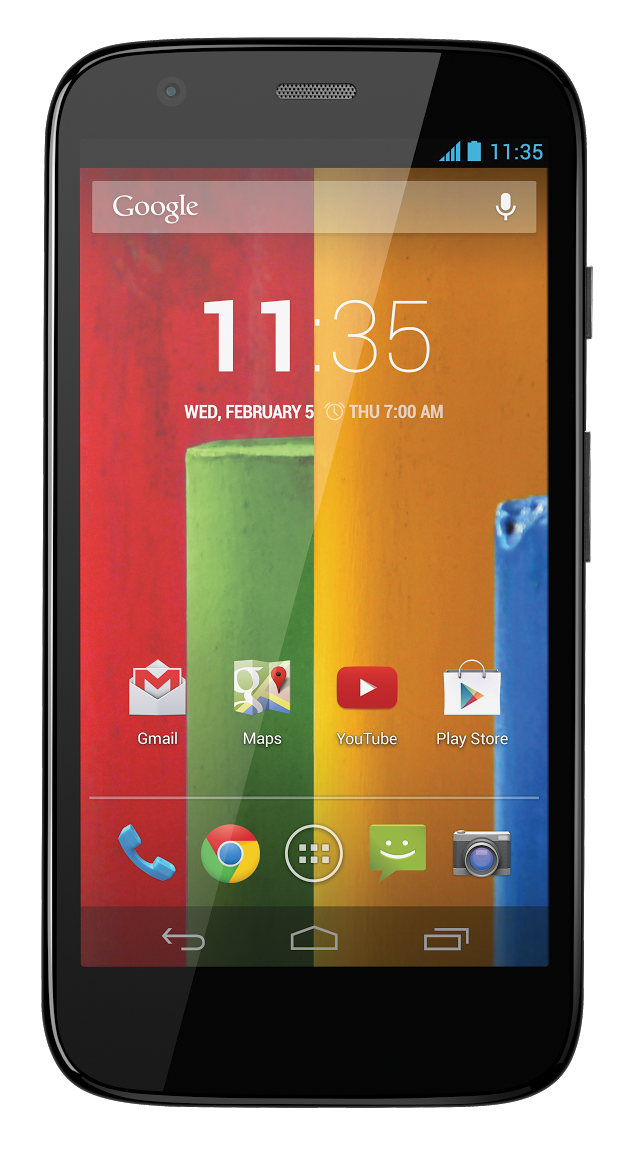 The smartphone with the best bang for your buck right now is Motorola’s Moto G. It has everything that matters for a good smartphone: great display, fast performance, easy software, and an attractive design. It’s sold unlocked, so you can use it with AT&T, T-Mobile, or a host of prepaid services, and you can use it with a local SIM card when you travel abroad to save on roaming fees.

The Moto G’s 5-inch, 720p display is bright, sharp, and has great viewing angles. It’s big enough to make video and gaming fun and engrossing, without being so large that you need two hands to use it. It runs the latest version of Android (5.0 Lollipop) and doesn’t come loaded up with a bunch of carrier apps or customized interfaces that slow it down and kill your battery life. The processor is fast enough for most things you want to do with a smartphone, and its battery is big enough to get most people through a full day. The G has access to all of the same apps and services a $700 Samsung Galaxy S6 does, so you don’t miss out on all the new stuff. Summoning an Uber with a $180 Moto G isn’t any different than doing so with an iPhone or S6 that cost three or four times as much.

The G is a comfortable phone to use, mostly because its design mimics Motorola’s higher-end Moto X. It’s curved to fit your hand, and slips into a pants pocket with ease. It comes in black or white and has customizable color shells, so you can personalize your phone quickly and attractively.

There are two speakers on the front of G to blast your tunes, and it has 8GB of internal storage to hold them. You can also expand that storage with a Micro SD card up to 32GB if you need more space.

So what don’t you get when you spend $500 less than an iPhone? Well, for starters, the camera on the Moto G is pretty bad. It’s an 8-megapixel camera with autofocus and LED flash, but it just doesn’t take great pictures, especially in low light. That’s the case for every phone we tested — if you’re looking to save money on a smartphone, the first thing you have to give up is a decent camera.

The Moto G also doesn’t work with LTE networks — the best you can do is AT&T and T-Mobile’s 3G service. That’s enough for browsing the web, checking email, using navigation, and even streaming music. But if you want to use your phone as a portable modem for your computer or for streaming video, you’ll probably need the speeds LTE offers. Fortunately, we have a second pick just for that scenario. 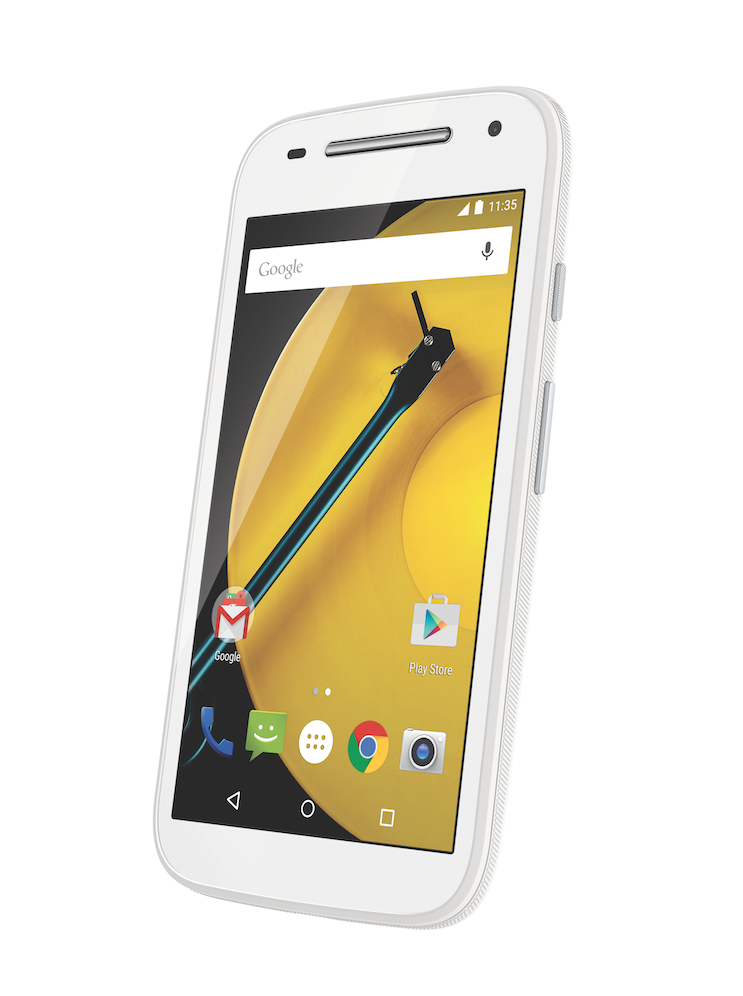 If LTE speeds are a necessity and you don’t want to spend a fortune on a smartphone, Motorola’s other inexpensive phone, the Moto E, is the one to get. It’s not as good as the Moto G: the screen is smaller and lower resolution, the camera is somehow even worse, and the design isn’t as elegant. But it does have LTE for both AT&T and T-Mobile, so you can enjoy faster data speeds when on the go. And it’s $30 cheaper if your budget is really tight.

The E is unlocked, just like the G, and runs Android Lollipop without any carrier-added apps or heavy customizations from Motorola. It has access to all of the same apps and services from the Google Play Store. It’s also customizable with different colored bands for easy personalization. You’d be hard pressed to find a better phone at this price.

Our review of Blu Vivo Air 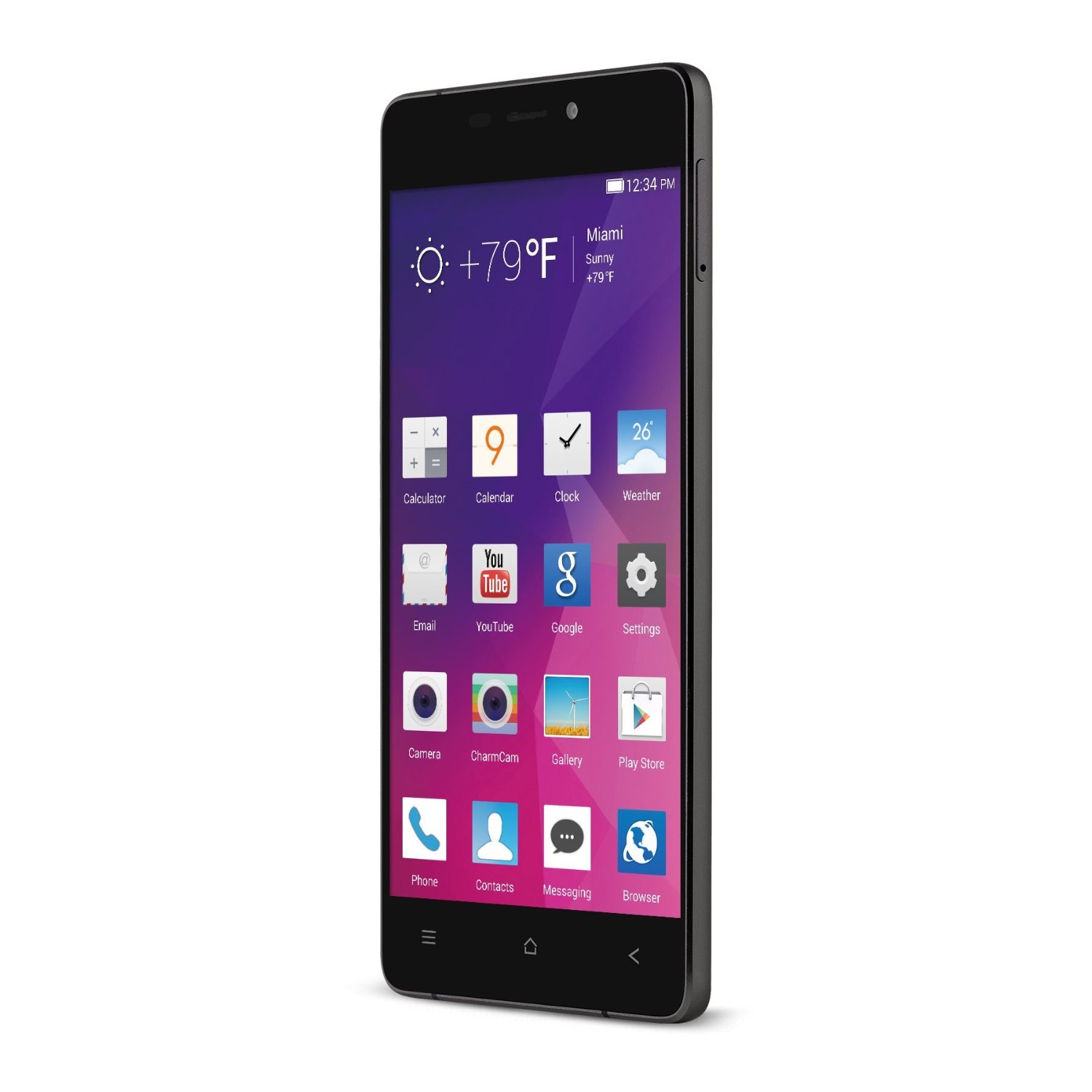 The Blu Vivo Air has a premium, super thin design that looks like a new version of the iPhone 5S. It’s a really nice phone, but it’s more expensive than the Moto G, doesn’t have LTE, doesn’t have as nice software, and has shorter battery life. We really like the looks of the Vivo Air, but it’s apparent the appeal is only skin deep.

Our review of Sharp Aquos Crystal 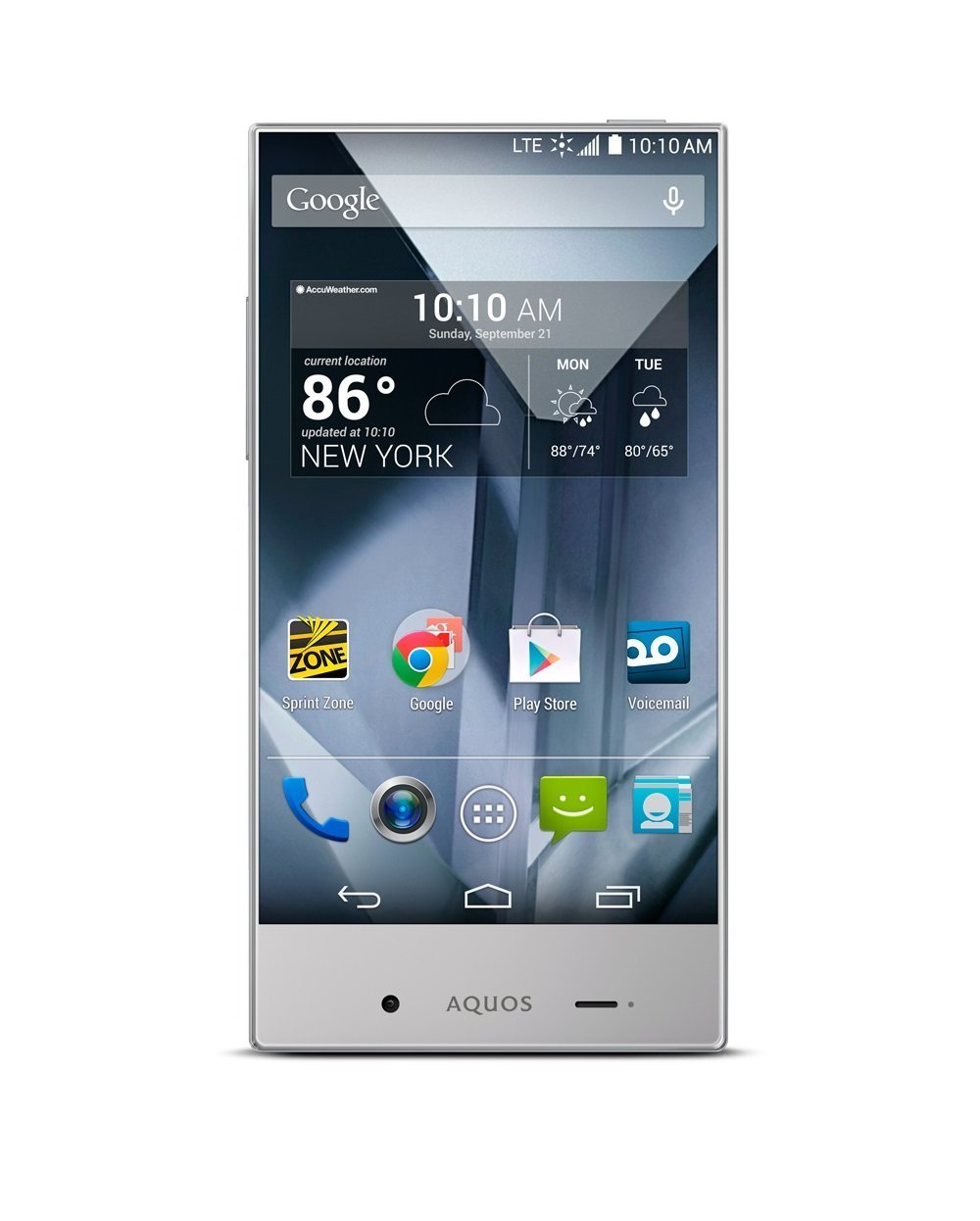 The Sharp Aquos Crystal is stunning to look at. It doesn’t look like a cheap phone at all, but like a window into the future. You’d expect it to cost far more than $150, based on its looks. But looks aren’t everything, and the Sharp’s futuristic design doesn’t quite save it. It’s locked to Boost Mobile, which doesn’t have the coverage of AT&T or T-Mobile, has a truly terrible camera, and is awkward to use on calls.

Our review of Blu Studio X Plus 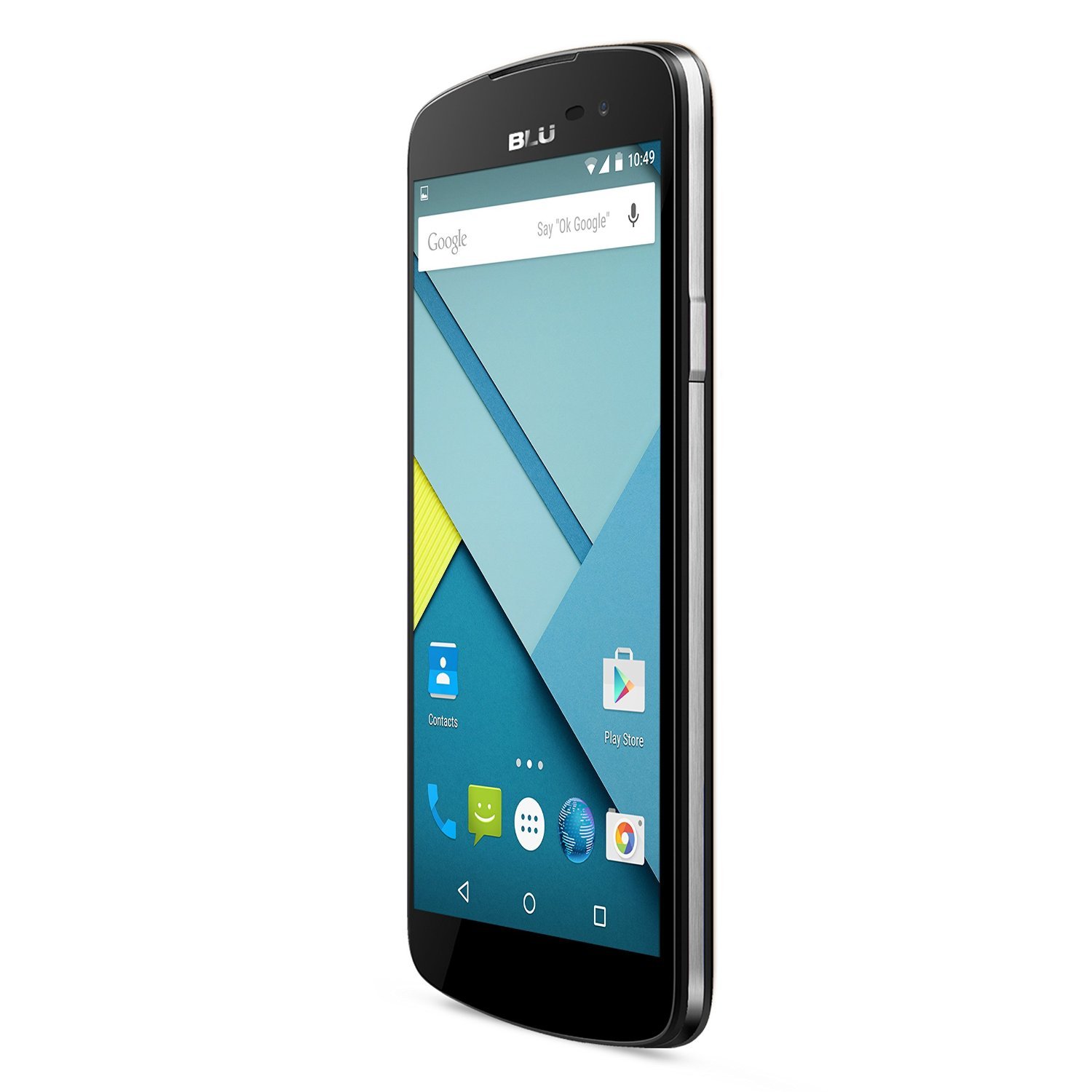 The Blu Studio X Plus has a rare quality not seen often on cheap phones: a really big display. The 5.5-inch screen on the X Plus puts it in phablet territory, which usually requires a larger investment than $200. But as a phone, we prefer the Moto G: it’s nicer designed, has better software, and has a faster processor.

Our review of Nokia Lumia 635 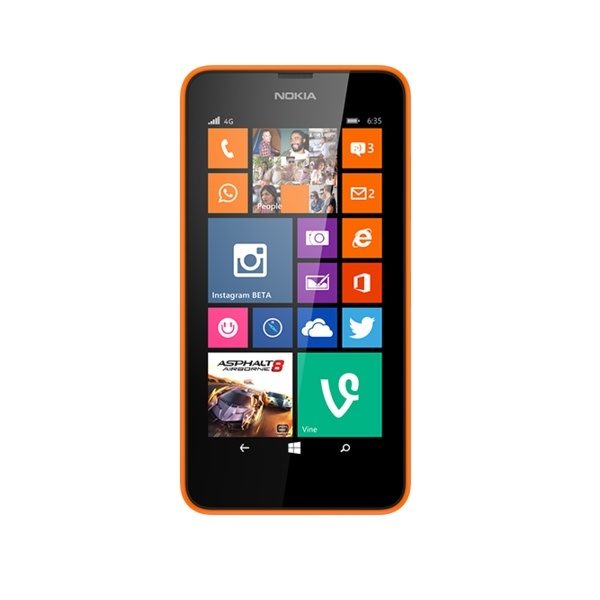 Nokia’s Lumia 635 has a lot going for it: fast performance, acceptable camera, customizable color shells, low price. But it oddly lacks a front-facing camera, which means no selfie fun, and it runs Windows Phone, so you don’t have access to all of the apps and services you can get on Android or the iPhone.

Our review of Samsung Galaxy Avant 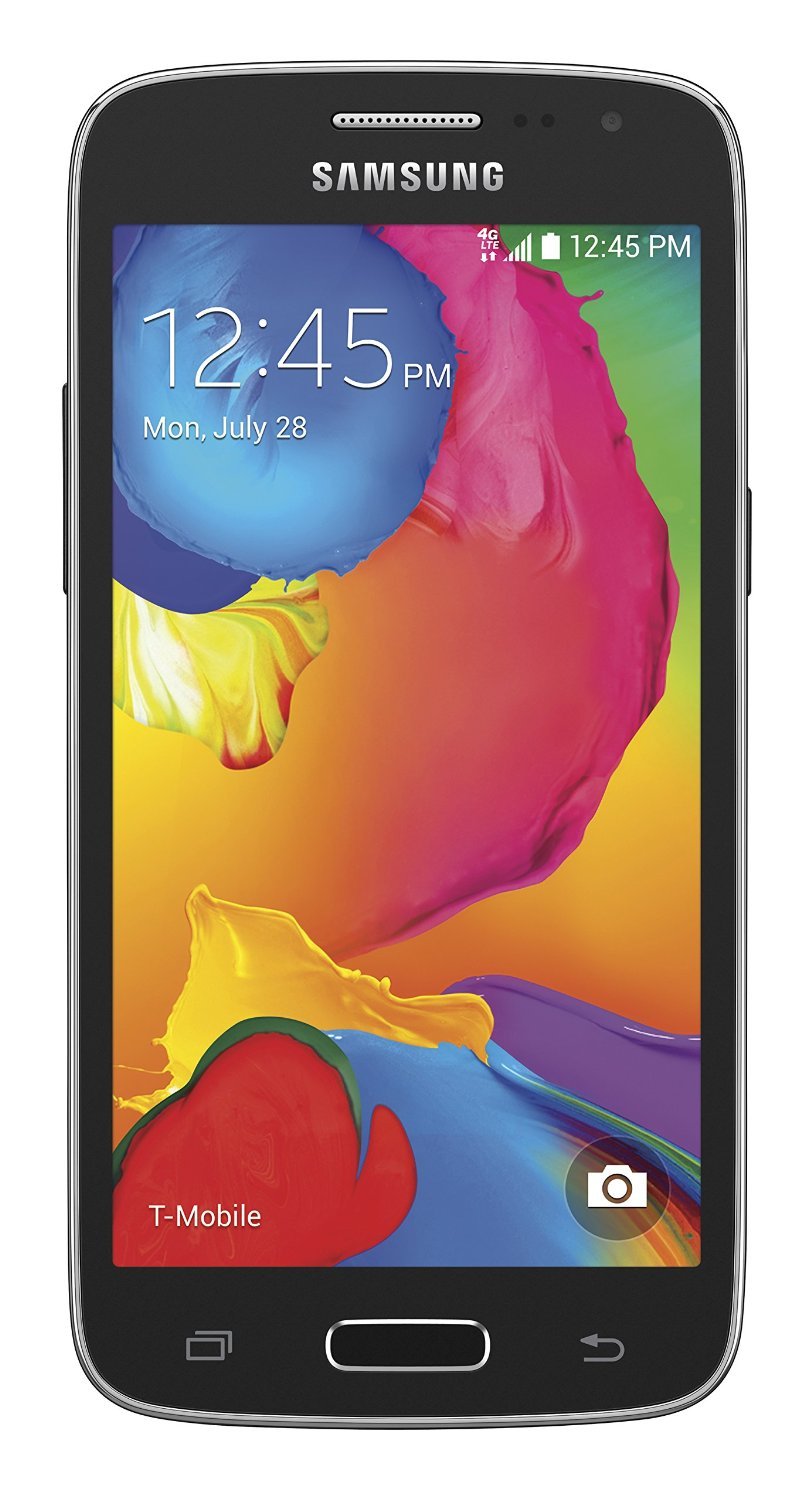 The Galaxy Avant is at the upper limit of our price ceiling, and it’s not significantly better than either the Moto E or Moto G. It’s available from T-Mobile, and supports LTE on that network, but it also comes with a clumsy interface and loads of T-Mobile bloatware.

Our review of HTC Desire 610 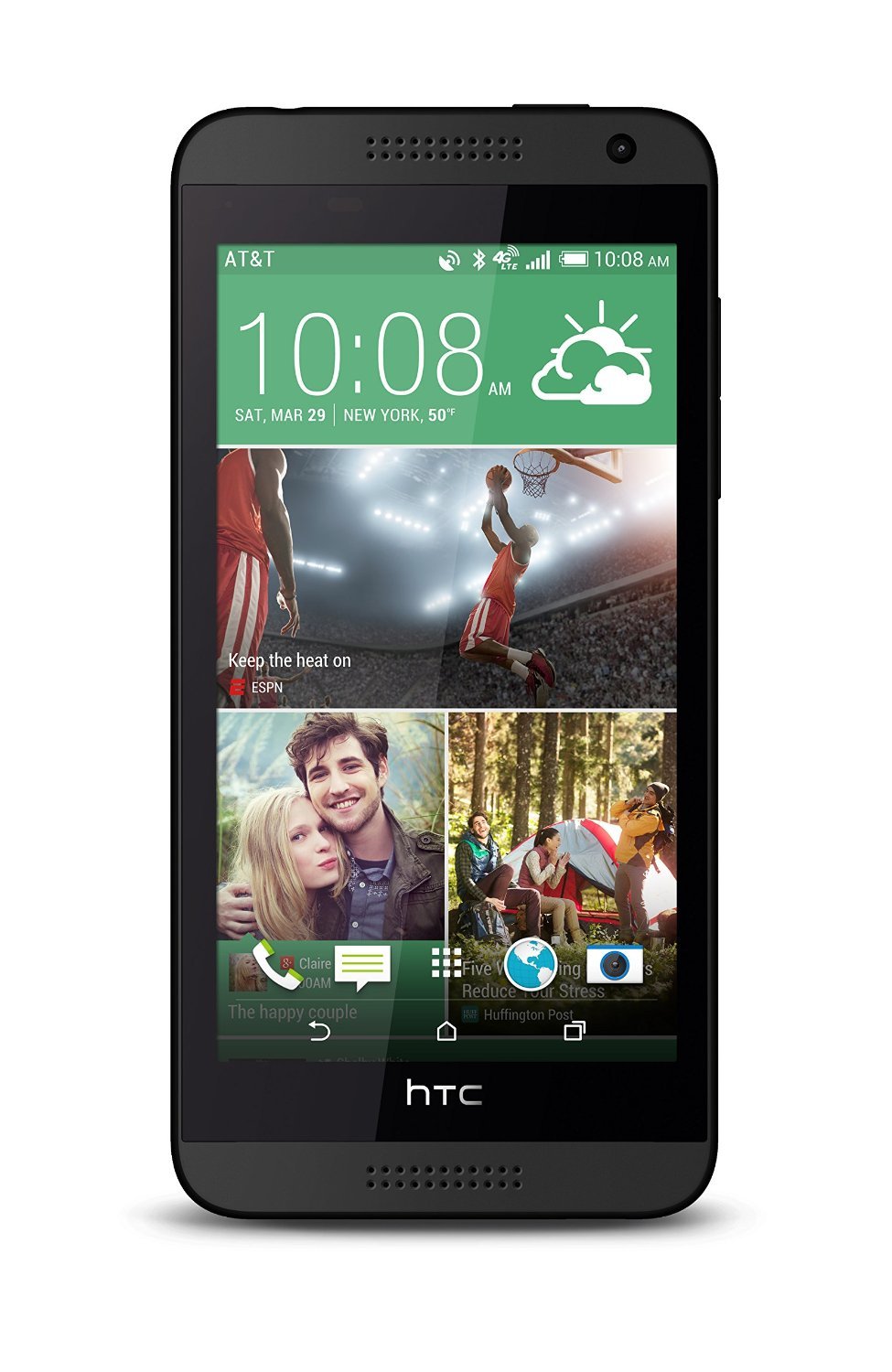 Our review of LG Optimus L90 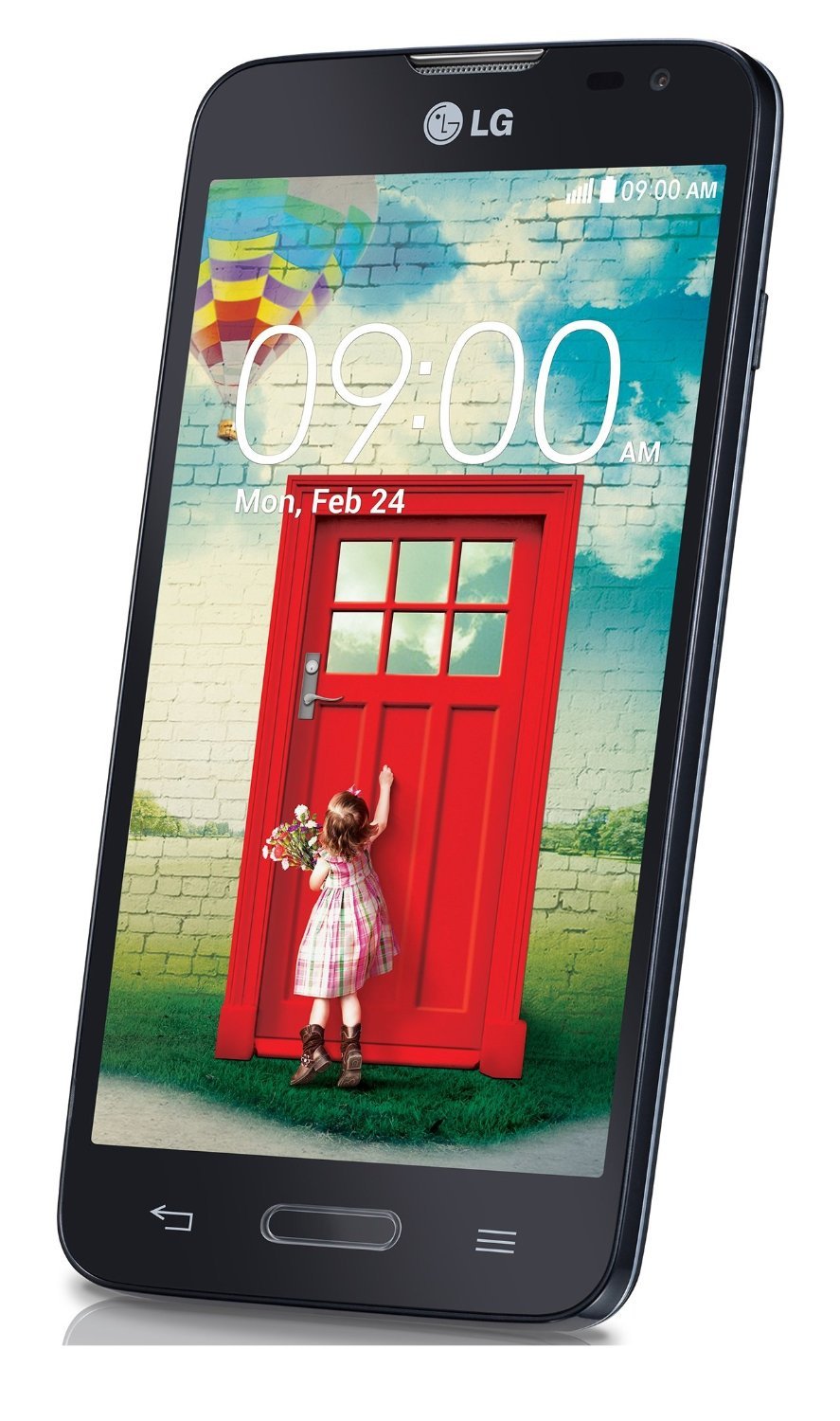 LG’s Optimus L90 is another inexpensive phone from T-Mobile. It’s similar in specs to the Moto E, but the software is not as elegant, and it has lots of preloaded apps that you probably don’t want or need. It also doesn’t support LTE on T-Mobile, despite being locked to that network.

Our review of Samsung Galaxy Prevail 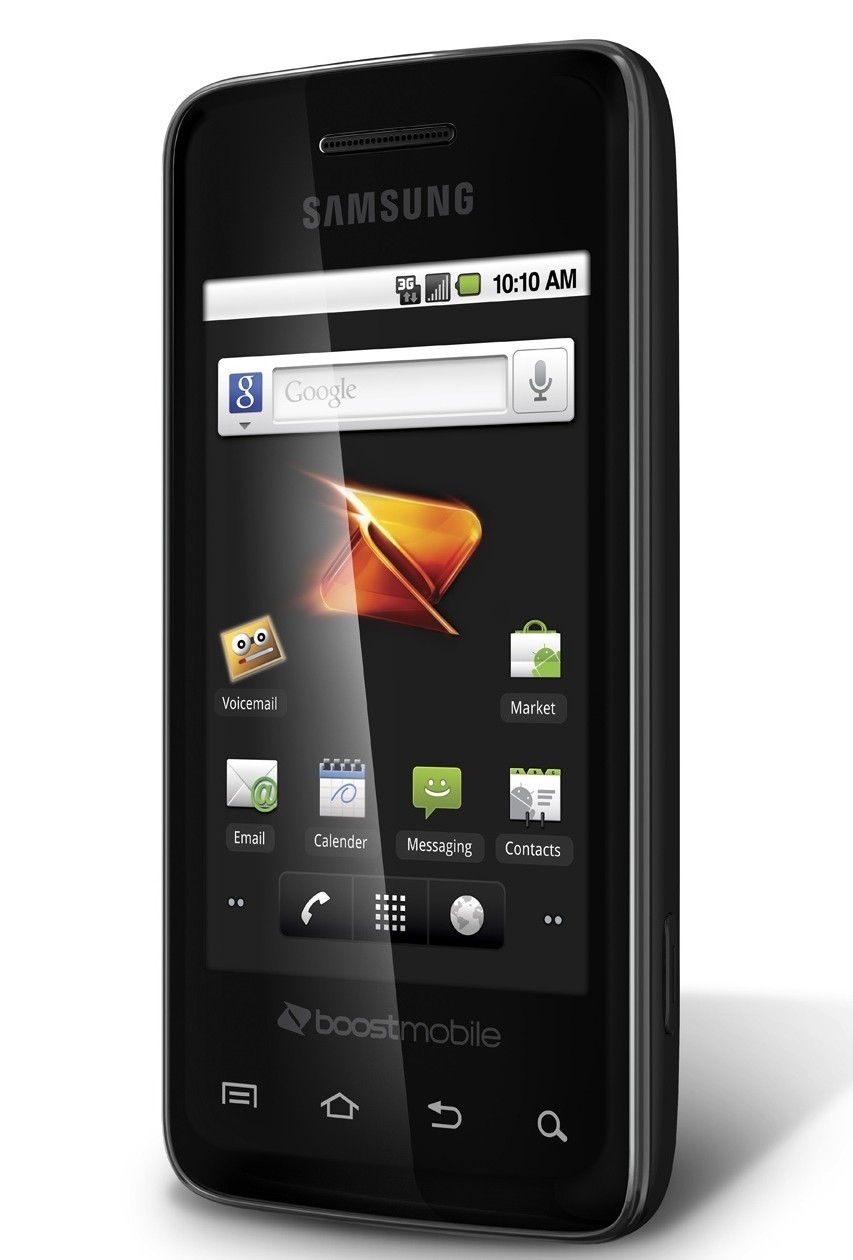 Another Galaxy, the Samsung Galaxy Prevail for Boost has a low-res screen, clunky software, and lots of bloatware. It’s phones like this that give cheap phones a bad reputation. Go for the Moto E.