Remember stand-alone GPS units for your car? The mostly square, chubby little touchscreen devices that barked directions at us as we drove used to be suction-cupped to nearly every auto on the road. Like iPods, portable game players, and walkie talkies, the smartphone has all but obviated the need for dedicated GPS units, outside of specific industries.

But while the popularity of these little personal navigation assistants has waned dramatically over the past seven or eight years, they do still exist, and companies like Garmin are still developing new models. The latest, and most high-end, of these new models is the nüviCam LMTHD, an awkwardly named $399.99 GPS unit that is desperately trying to be more than just a thing that serves directions. 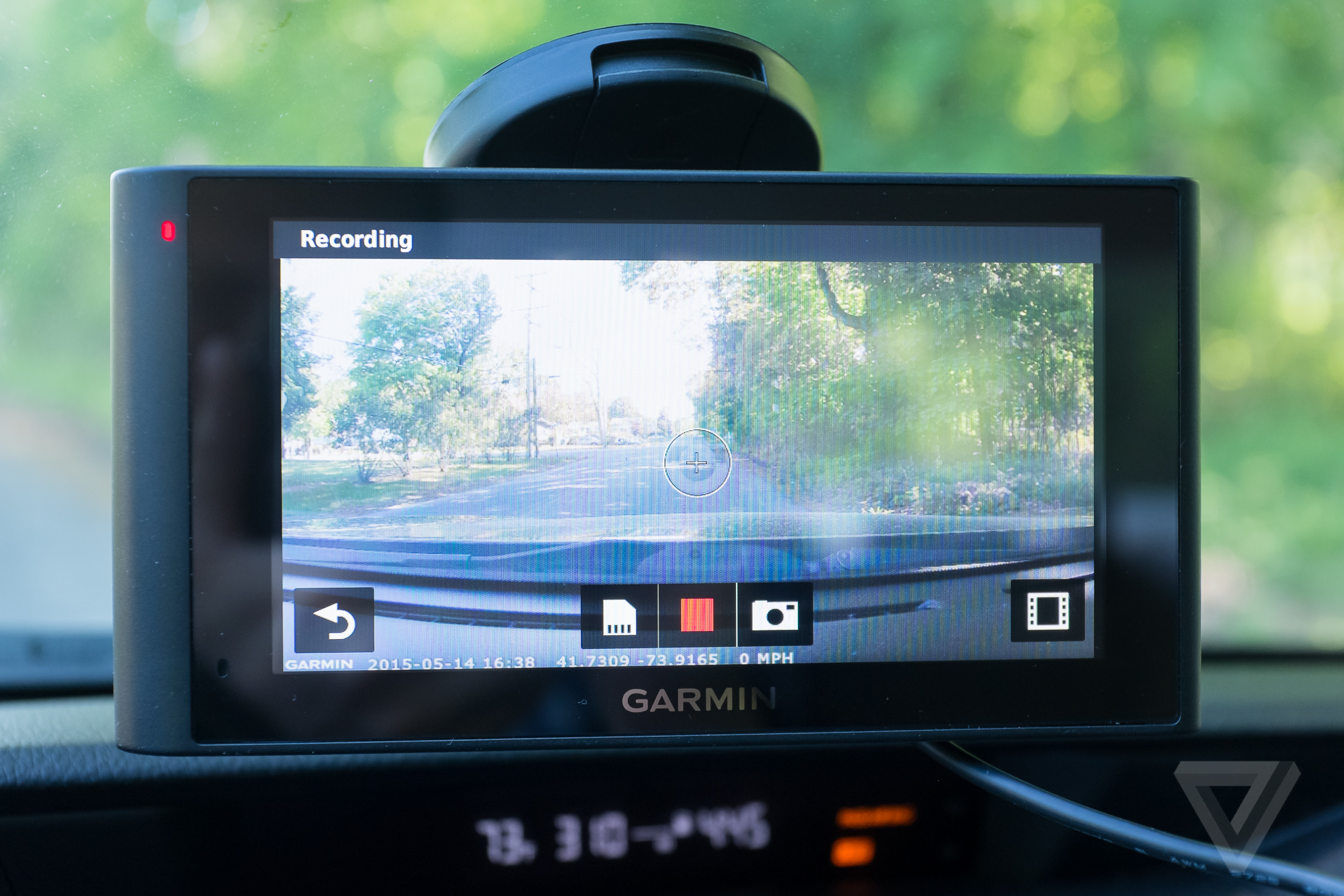 If you used to (or still do) have a GPS unit, it was probably pretty bulky, not very attractive, and it likely had a resistive touchscreen that was obsolete the second the first iPhone was announced. The nüviCam is none of those things: it’s a sleek, tablet-like device with a big, 6-inch capacitive display and a cool magnetic mount that snaps it to its windshield-mounted dock. It’s metal instead of plastic, and while it’s not as thin as the latest smartphones or tablets, it’s certainly far better than the GPS units of yore. It still has a laughably short 30 minute battery life, which is really just there to let you restart your car without restarting the unit.

The 6-inch display has a low, WVGA (800 x 480 pixel) resolution that would be laughable on a smartphone or tablet, but it’s fine here. You’re not reading email or watching video on the nüviCam, and since it’s a few feet away when mounted in your car, you never actually see the pixels of the display. More important than resolution is that the display is visible in bright sunlight, and the nüviCam doesn’t have any issues there.

The 6-inch screen is bright and visible in direct sunlight

But what makes the nüviCam different from every other GPS unit that preceded it is the camera on its backside. The camera serves two purposes: it’s a dash cam that can constantly record as you drive and save clips whenever it detects an impact or possible accident (there are two microSD slots for storage), and it’s a driver safety device that alerts you when you get too close to the vehicle in front or if you drift outside the painted lines on the road.

A clip of me going over a bump in the road (at 0:31), which the nuviCam LMTHD recorded as an "incident." You can also hear the alert when I drift over the solid white line later in the video.

The dash cam functionality has questionable utility. If you’re someone who finds yourself constantly getting into fender benders, it might be useful to have a record of what happened, including audio. But in my time using the nüviCam, I didn’t get in any accidents (intentional or otherwise) and it mostly just kept a record of when I went over significant bumps in the road.

The lane guidance and collision detection features of the camera are a bit more interesting, as they are things you typically only see in newer vehicles. I don’t drive a new German luxury car, but with the nüviCam, even my 12-year-old Toyota Corolla can tell me when I’m getting too close to the person in front of me (when traveling over 30 mph) or drifting outside of the lanes. The nüviCam will flash yellow warnings and beep loudly whenever I cross the double yellow or solid white lines on the road. It’s not very effective with dotted lines, however; I was able to drift across a three-lane highway without a peep from the nüviCam. That makes sense: you wouldn’t want to have the thing light up and throw a fit every time you switched lanes on the road, though perhaps a more subtle notification would be appropriate for dotted lines. It’d be more useful if the nüviCam let me know when a vehicle was in my blind spot on the left or right, but I can’t see how it would do that with its current, single-camera setup.

But even with its fancy dashcam and driver safety features, the nüviCam can’t really escape the fact that it’s still mostly just a GPS unit. Most people should just use their smartphone for navigation in their car (if their car doesn’t already have a built-in system), but even if you have reasons for wanting a dedicated GPS unit, it’s hard to justify spending $400 on this one. Garmin has an entire line of GPS units that cost hundreds of dollars less than the nüviCam and provide the same level of navigation, just without the dashcam or lane guidance features. And again, those features aren’t good enough to justify the higher price. 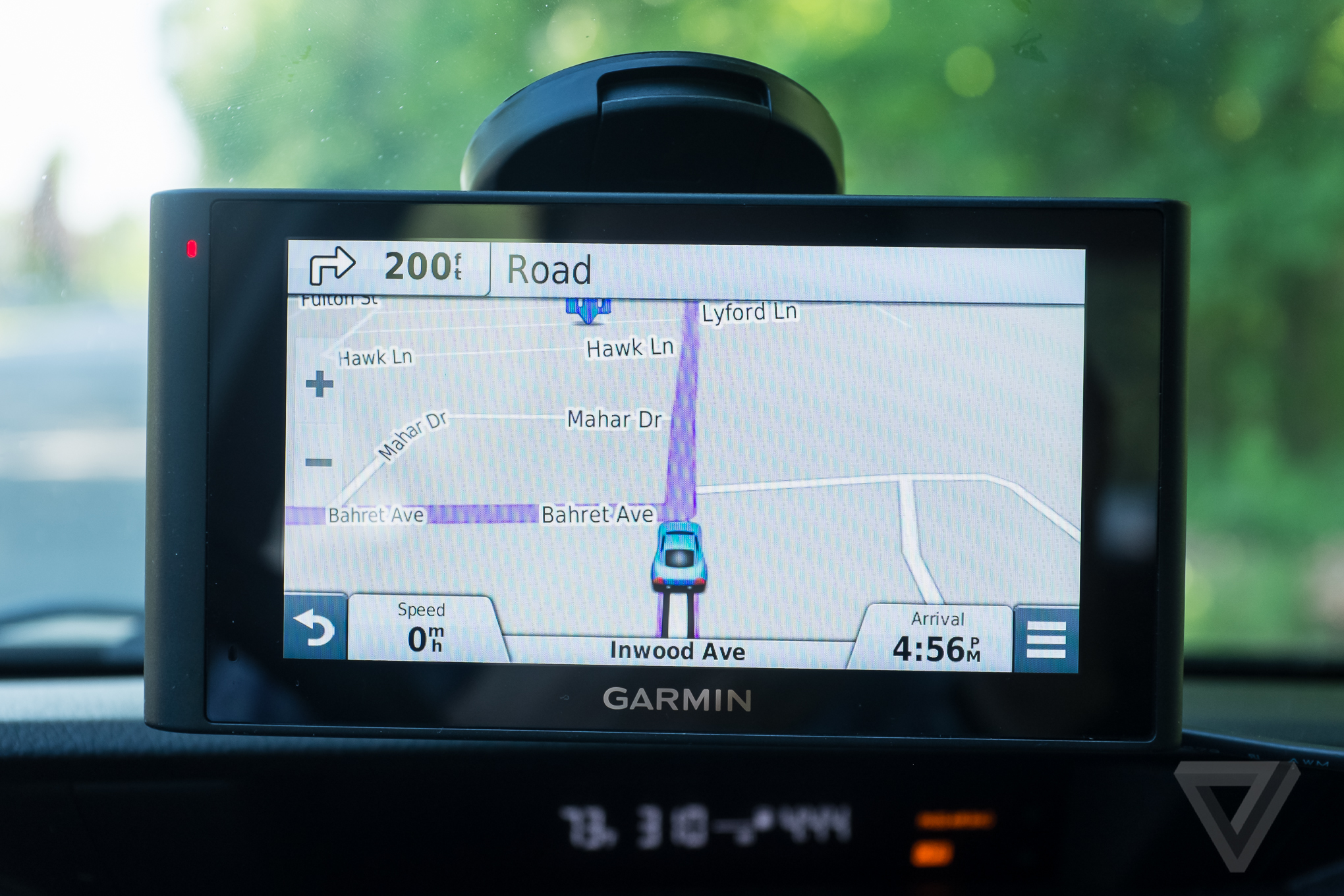