The world of online shooters isn't very welcoming to new players. These games develop fervent, hardcore fans who become so good that it's no fun to play unless you have a few hours a day to spend honing your skills. Last year's Titanfall was one of the rare exceptions, an FPS where even newbies could jump in giant robot suits and get in a few kills. The upcoming Splatoon looks to take things a step further: it's a competitive third-person shooter where you play as strange squid creatures who spray ink in order to conquer territory, and it manages to make the genre more accessible without taking out any of the fun.

But the most surprising thing might be that Splatoon is made by Nintendo, and available exclusively on the Wii U. "It's not necessarily that we started from the point of, 'Okay, let's make a shooter for people who are unfamiliar with shooters,'" says producer Hisashi Nogami. "But when we decided to go with this idea of spraying ink to capture territory, we realized that we were making something that those people could get into and feel like they were contributing to their team's victory. That's something that we're really pleased with." 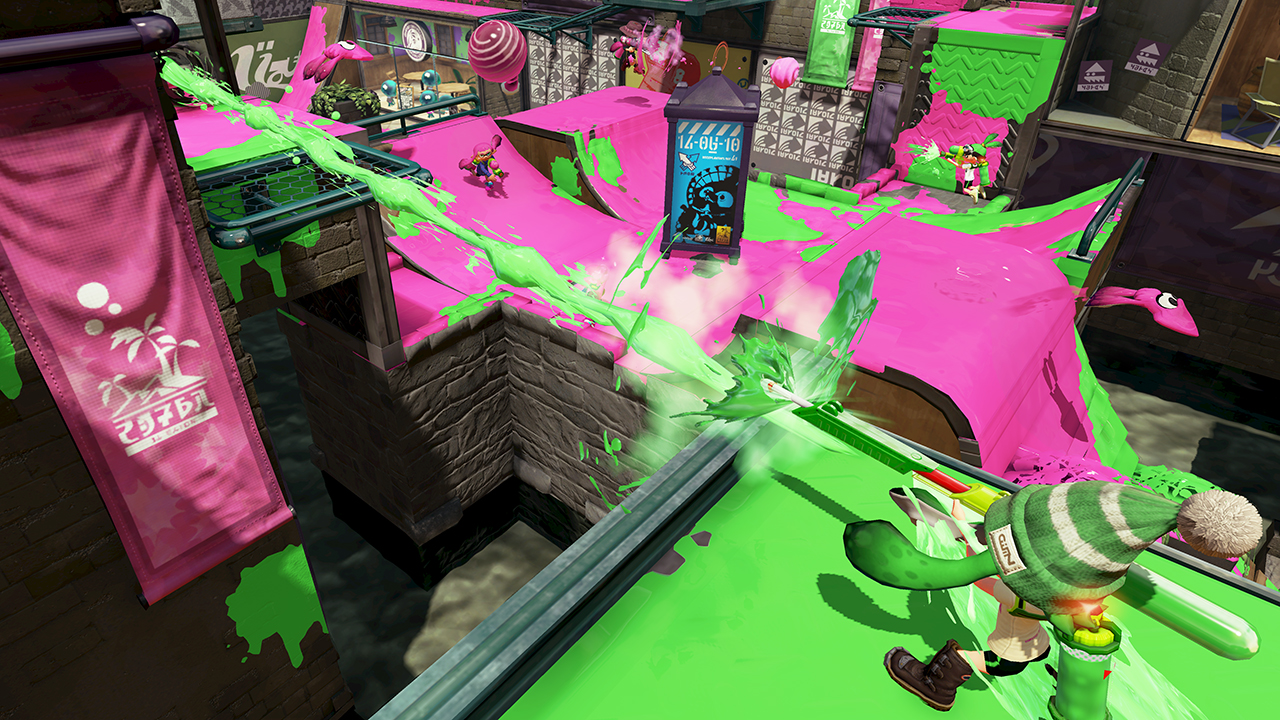 "We wanted to make a new game and a new play experience."

Splatoon features a single-player campaign and a one-on-one local multiplayer mode, but the real heart of the experience is the online play. Here, two teams of four compete with one another to take control of a level. This is done by spraying ink: each team has a color, and whichever manages to cover more of the map by the time the round ends is the winner. As you play, you can upgrade to new, better weapons — including a particularly satisfying giant paint roller — and gear that makes you faster or gives your guns a bit more punch.

One of the defining aspects of the game is its unique sense of movement. The characters in Splatoon are sort of were-squid creatures, able to transform from a humanoid to a squid at the push of a button. In human form they can shoot guns and navigate tricky jumps, while squids can speed through like-colored ink to surprise enemies and refill your ink reserves.

According to Nogami, this unique, somewhat strange set-up is part of the reason why Nintendo decided to build a brand new franchise, instead of simply creating something like Super Mario Paintball. "We started from a point where we wanted to make a new game and a new play experience," he explains. "And once we started to decide on the elements — from the characters to the world — we realized that this was going to be its own thing, and not, for example, something in the Mario series."

Splatoon represents a number of important shifts for Nintendo. Not only is it a brand new franchise in a genre that's new for the company, but it is also the most online-focused game Nintendo has ever made. The company has been infamously slow to adapt to the internet, and while games like Mario Kart 8 have dabbled with online play and DLC, Splatoon is the first major step — Nintendo even has a schedule of free, post-launch content planned, to keep players interested with new maps and gear. 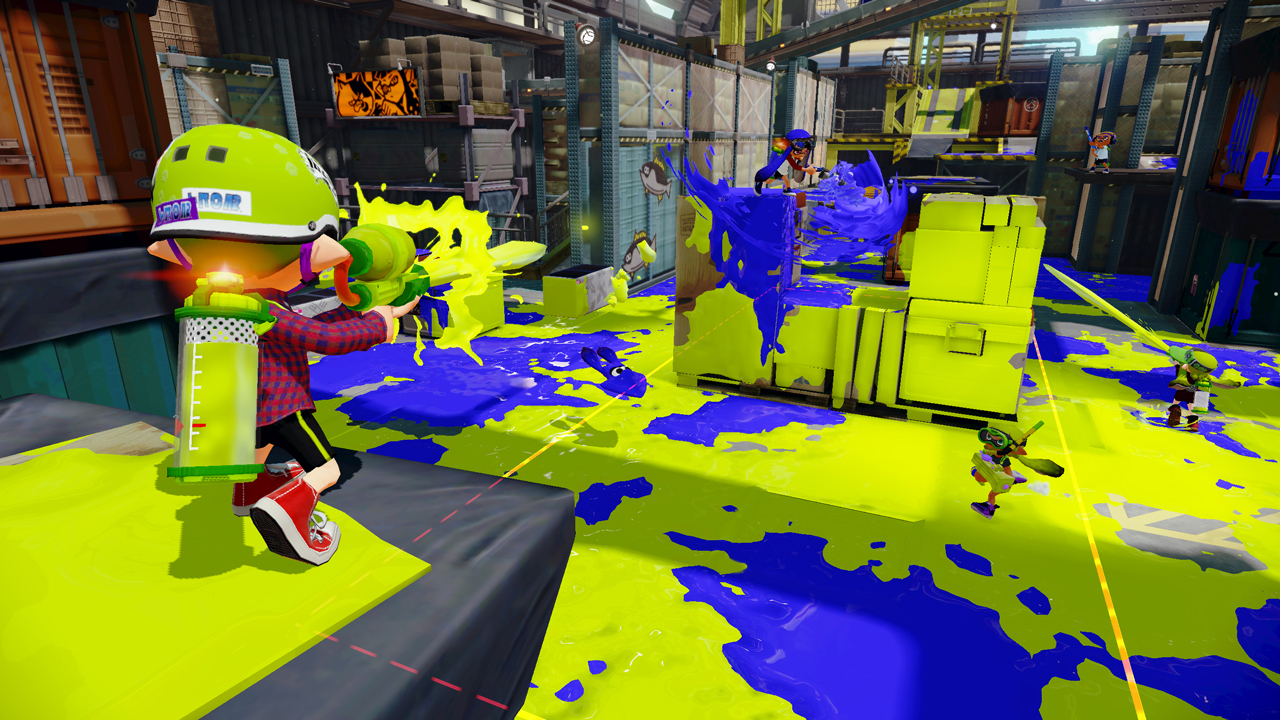 One of the main reasons the game is so focused on online, Nogami says, actually has to do with the Wii U’s unique controller. The development team really wanted every player to use a Gamepad, which provides a very helpful map so you can see which areas are controlled by which team. And since the Wii U console can only support one Gamepad at present, this simply wasn’t possible to do in a traditional, local multiplayer game. "We realized we were making a game in which eight players would be playing in a competitive atmosphere online," he says.

But even though it's a big departure in many ways, Splatoon is also a game that definitely feels like it was made by Nintendo. It's bright and colorful, with action that feels perfectly fine-tuned, and characters that are full of personality. It also doesn't feel like any other shooter out there, in the same way that Smash Bros. feels completely different from other fighting games, while still maintaining that familiar Nintendo charm. And, just like Smash Bros., it's a game you can pick up and enjoy even if you don't really understand what you're doing — but if you are already a fan of shooters, there's a lot to dig into.

"In creating Splatoon, we did want to make a game that people familiar with shooters would enjoy and feel satisfied with," says Nogami. "But we did also want to make an experience that would be welcoming to players new to the genre."

Splatoon launches May 29th on the Wii U.