In preparation for Google I/O later this week I spent Memorial Day reviewing last year’s event. I spotted one of my favorite paintings during the Backdrop demo, a Chromecast feature that turns your TV into a digital picture frame. I hadn’t thought deeply about Georges Seurat’s A Sunday afternoon on the Island of La Grande Jatte (Un dimanche après-midi à l’Ile de la Grande Jatte) in years. What’s remarkable is how prescient the painting remains more than 100 years later.

Seurat's masterpiece addresses working-class relaxation made possible by technology, which, at the time meant the great whirling factories of the industrial revolution. The scene is rendered via a highly systematic and “scientific” technique known as Pointillism, whereby Seurat used tiny dots and dashes of pure color, not unlike the red, green, and blue pixels that combine to display Instagram photos on our smartphones. If you stand too close, all you see are specks of colorful pixels — it’s only with distance that we gain perspective. It’s as if Seurat painted a digital photograph a full century before the first wave of digital cameras would hit retail shelves. 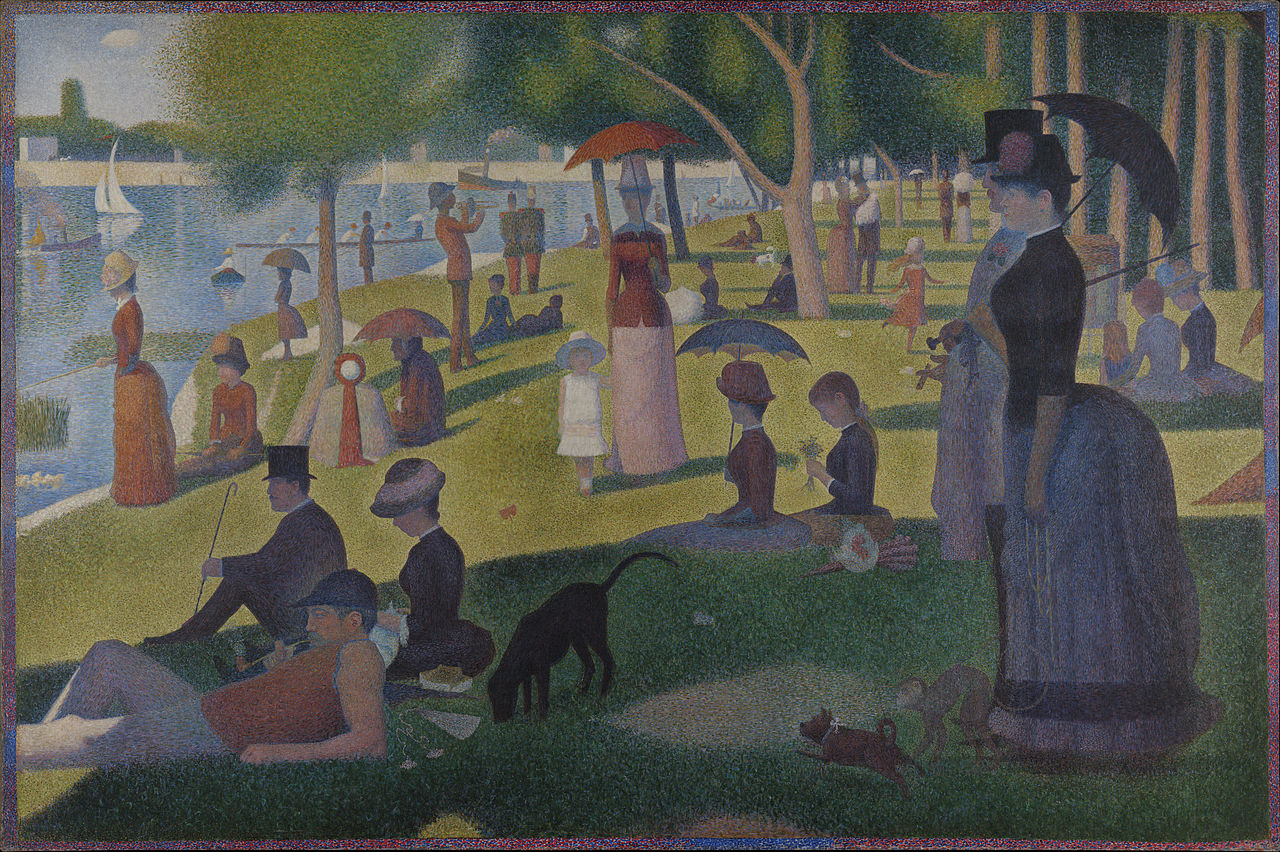 A butterfly flutters just off center as wind, muscle, and steam power the world forward. A hipster knits while another smokes a pipe in repose just like any given Sunday in Prospect Park, Brooklyn. Otherwise, the image is static. Everyone appears to be together but alone; each masked in shadow, nobody making eye contact. Most are spending their day of rest in a collective trancelike state. But instead of staring at their smartphones, they’re staring at the factories that would have dotted the far shore of 19th century Paris. Two rusty talons reach into the scene from behind to complete the sense of foreboding. The middle class is "relaxing" but not fully alive in the moment, much like my own inability to step away from work on a holiday weekend.

Two figures have turned their backs on the technological promise found on that distant shore: a musician and a young dancing girl whose face is the only one lit by the sun. At the center of the painting is a small girl dressed in all white, the only person looking outward at the viewer. Her stare is relentless as if to ask, "what does the future hold?"

Five stories to start your day

Bueller of the day