What is hiding in the negative space of Microsoft's new Edge browser logo?

What is hiding in the negative space of Microsoft's new Edge browser logo?

Microsoft's new Edge browser has a logo that harkens back to the legacy of Internet Explorer's classic "e" surrounded by an orbiting swirl. Or at least, that's the idea. But it also has sparked some strong reactions from armchair design enthusiasts. I can't say that I'm much of a logo design expert (more accurately: I am the furthest thing from it), but I can say that I cannot stop staring at the negative space in the logo.

At first I thought Microsoft's Edge logo had a vaguely Soviet hammer-and-sickle kind of vibe, or maybe even some kind of spinny Sonic the Hedgehog vibe. So I made the easy joke on Twitter, because making the easy joke is what Twitter is for.

I see a foot and a faucet. I also vaguely see a hammer and sickle. And maybe a spinning blue hedgehog. https://t.co/ldt2Zka2Kl

But then I looked again and saw something else, something lurking in that negative space. Negative space, of course, is the area that isn't colored, it's the space between the letters. The most famous negative space in a logo comes from FedEx, which has an arrow between the E and the X, subtly signaling movement, direction, and action.

I think there's something lurking in the negative space of the Edge logo — or more precisely, two things. But I don't know what they are. Witness: 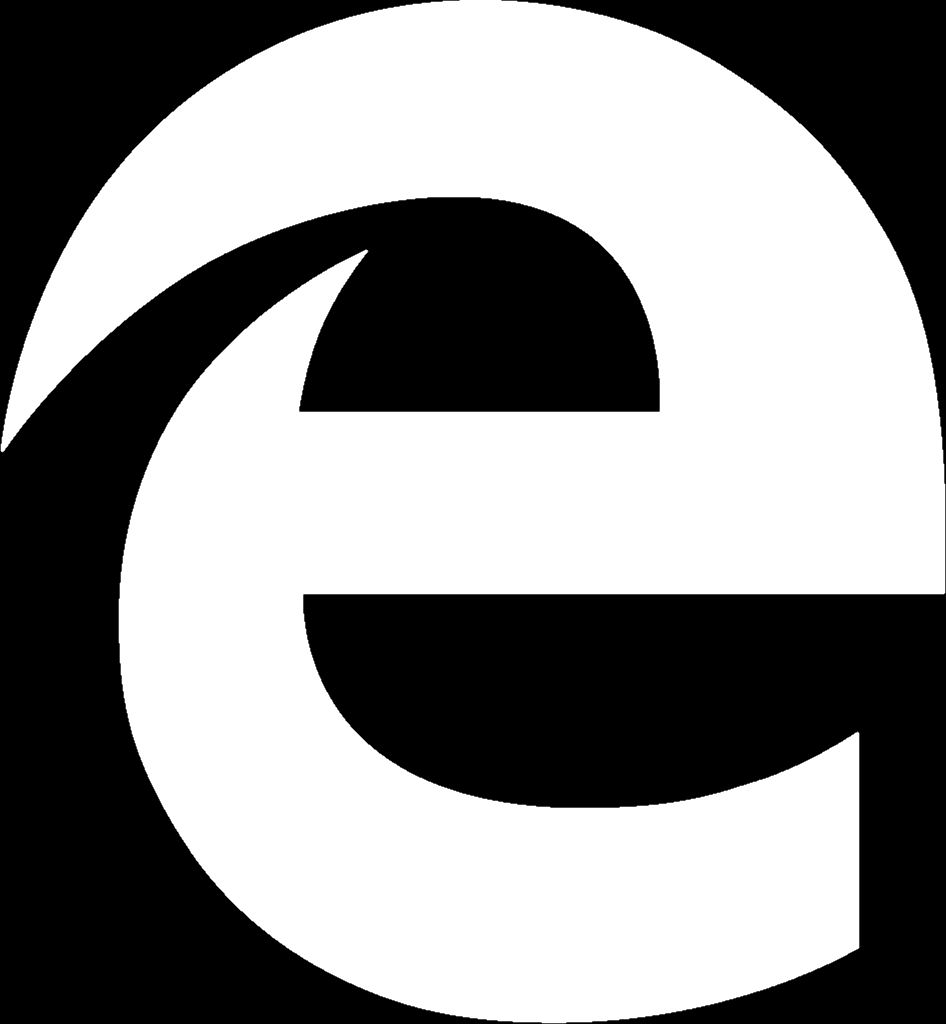 What exactly are we looking at? I have some ideas:

Who will solve this mystery? What does it mean?