Everyone pretty much freaked out when they saw Han Solo and Chewie at the end of the trailer for The Force Awakens, and now we're getting a second glimpse of Harrison Ford reprising his iconic role. A photo of Han Solo (Harrison Ford), Chewbacca (Peter Mayhew), and stars Rey (Daisy Ridley) and Finn (John Boyega) graces the cover of Vanity Fair's latest issue. Oh, and you can't forget about the adorable BB-8 in hiding in the corner. 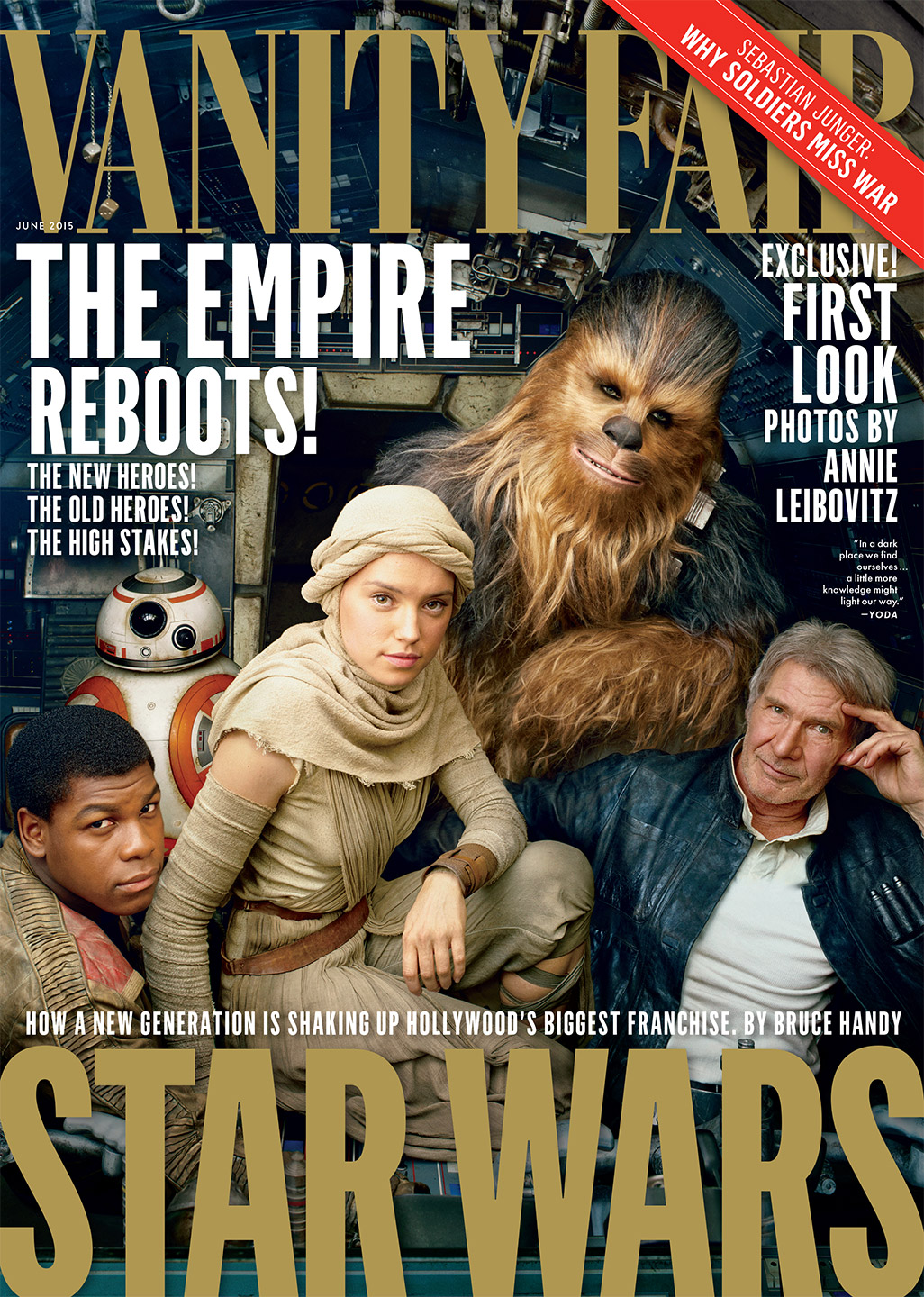 None other than legendary photographer Annie Leibovitz took the shot. A behind scenes video of the photoshoot also gives us a clear look at Adam Driver's character.

More of her portraits of Star Wars actors in costume are promised once the new issue hits the web and newsstands this week for May the Fourth (be with you).