This weekend, Joss Whedon’s film Avengers: Age of Ultron made $191.3 million domestically, and that’s only a small portion of its $631 million global earnings. Within the month, the film should have no trouble passing the billion dollar mark. In terms of competition for commercial viability as a director, Whedon only has himself and James Cameron, the latter of whom is busy with however many Avatar sequels have been green-lit.

So what's Whedon upset about?

Marvel, the comic publisher turned film studio, responsible for Avengers and countless other superhero films, appears to be the culprit. On the press tour leading up to Ultron's release, Whedon made a handful of comments implying a fissure between the superhero factory and its most successful collaborator. The director has already passed on the directorial role of the two-part Avengers finale, with established Marvel movie directors Joe and Anthony Russo (Captain America: The Winter Soldier) taking over in his stead. What’s unclear is how involved Whedon will be in the future of the Marvel Universe.

As his creative profile at Marvel has increased, so have Whedon's frustrations. After the unmatched success of the first Avengers film, Marvel signed Whedon as one of the many creative heads overlooking the Cinematic Universe. Whedon directed the pilot for the television spinoff Agents of S.H.I.E.L.D., and as a writer, he’s consulted on several of the franchise's more recent films, from Guardians of the Galaxy to Thor: The Dark World. But all this time, according to Whedon, the studio hasn't always been open to his advice.

This month, Whedon's irritation has surfaced in a very public way. On the recent Empire Film Podcast, Whedon pulled back the curtain on arguments about the creative direction of Age of Ultron. According to Whedon, Marvel fought for the scene involving Thor, a cave, and cosmic powers; and were far less interested in more character-heavy scenes, such as those taking place at Hawkeye’s home and in a handful of dream sequences.

"It got really, really unpleasant."

"The dreams were not an executive favorite either — the dreams, the farmhouse … these are things I fought to keep," said Whedon. "I respect these guys, they're artists, but that's when it got really, really unpleasant." When the cave didn’t play well with test audiences, Marvel backtracked and considered cutting it all together. "I was so beaten down at that point," said Whedon, "that I was like, 'Sure, okay — what movie is this?'"

And then there are comments like this, from Buzzfeed’s profile of Whedon, about the director’s final weeks finishing the film:

Yesterday, the director deleted his Twitter account, despite being a popular member of the community. On the platform, he spoke passionately about feminism, drawing both praise and scorn. In April, he tweeted that footage for the upcoming Jurassic World displayed 1970s-style sexism, for which he later apologized. During his final days on Twitter, Whedon received his own share of pushback, this time from fans who called his depiction of Black Widow in the Age of Ultron sexist. Whedon says the departure has nothing to do with those critics, rather he wants some quiet time to write. But before permanently signing off, he joked on Twitter about how Marvel executives don’t want him to tweet anything controversial.

All this to say: It’s clear that something soured between the director and Marvel during production of Age of Ultron. And that could be a problem for Marvel, as Whedon has proven to be its editorial ace in the hole.

Given his success, Whedon likely has no shortage of other non-Marvel projects he could pursue. As the director of the biggest franchise in history, he’s now a director of choice for any future blockbuster. Whedon also has a loyal fan following and reputation as a brilliant TV creator, with cult darlings Buffy: The Vampire Slayer and Firefly on his resume. Then there are his unique personal projects, like adapting a Shakespeare comedy in his house or cobbling together a made-for-the-internet musical.

Whedon has the leverage

Whedon seems unhappy and exhausted right now, but he has options and a small bank’s worth of money. He can do whatever he wants. No wonder he’s hinting — and sometimes outright stating — his qualms with Marvel. Whedon has the leverage to demand more creative control of the studio's films. If Whedon sticks with the Cinematic Universe, he could apply said leverage to make the movies with a singular vision. That could help Marvel, who's establishing a reputation for competent movies that seem to be made by a committee of stake holders.

Whedon's the most proven writer, director, and idea person on this grand project. He's not a cog locked into the machine. He can do what he does elsewhere. The real question is whether or not Marvel understands that.

Or maybe Whedon will learn from his Marvel predecessor, Jon Favreau. The director of the original Iron Man and Iron Man 2 hasn’t directed a Marvel film since the latter in 2010, but his name still appears in the credits for both Avengers films beside, in big, blocky letters, "Executive Producer."

That’s the place to be in Hollywood: plenty of money, little emotional attachment. The most powerful players in the game seemingly surrender power altogether. 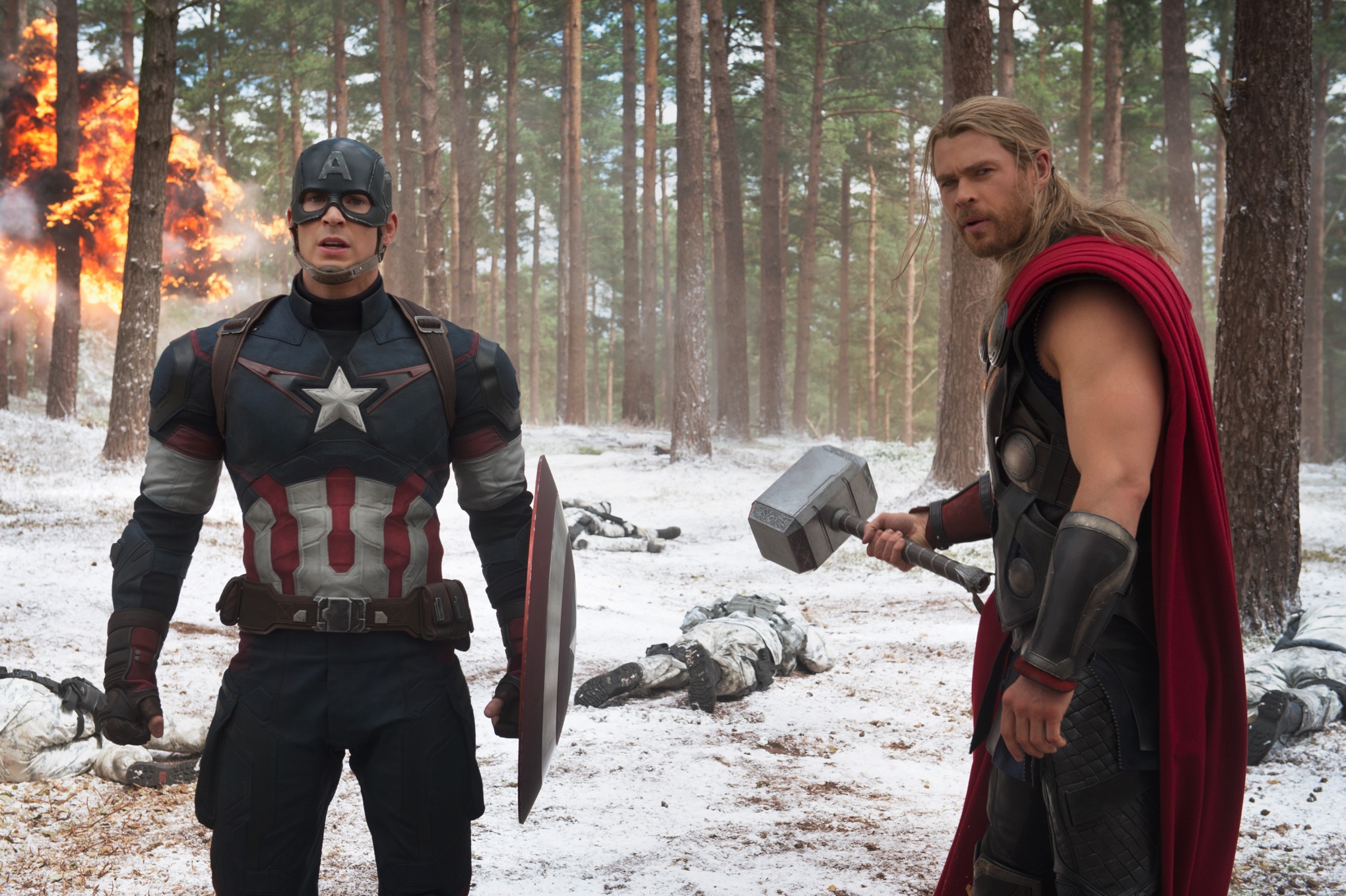 Favreau has found creative happiness elsewhere. Off the success of the Iron Man films, he had the opportunity to launch what once looked like another big sci-fi franchise: Cowboys & Aliens. After that flopped, he returned to his indie roots with Chef. Now the director's filming a big-budget adaptation of The Jungle Book for Disney, set for release next year.

when Whedon wants a big project, studios will be waiting

Other directors have had similar ebbs and flows, starting as indie talents, growing into blockbuster champions, and rotating back and forth through the remainder of their careers. Sam Raimi and Peter Jackson come to mind.

There is most likely the template for Whedon's future. Expect something small and intimate, the movie he wants to make. When Whedon's hungry for something big, Marvel will be waiting. Because no matter how small or large the beef between the talent and the production company, nothing speaks louder than the potential windfall of another Whedon collaboration.

Or he could just jump franchises — word has it the Boba Fett movie needs a director. A Whedon-directed, character-focused film about one of Star Wars' darkest and most beloved characters? At least the fans would be happy.