One for the diehards

In the world of smartphones, Samsung and Apple cast big shadows. Perhaps no company is more familiar with those shadows than LG, which has been chasing Samsung’s mobile phone division for years. Each time that Samsung makes a move, LG follows along a few months later and a little less impressively.

But this year might be different. Samsung overhauled its flagship smartphone in the most dramatic way since 2011, throwing out long-heralded features and incorporating new design and materials. LG, on the other hand, didn’t completely upend its design and approach. The new G4 is very similar to last year’s G3, in both appearance and features. And it still has the features that Samsung dropped from its phones.

The G4 isn’t just a warmed over G3, however. It has some crucial upgrades that make for a much better experience. By not following the crowd, LG may have finally found its stride.

Visually, the G4 is very similar to the G3. It’s made of plastic, has a 5.5-inch display, and has its power and volume buttons on the back — a design trait that LG has apparently decided is a differentiating feature that people actually want. I’m not a fan of their placement: no matter how long I use a phone with its volume keys on the back, it never feels natural to me.

Like any phone with a 5.5-inch display, the G4 isn’t small. It’s noticeably wider than the Galaxy S6, but it’s not as massive as an iPhone 6 Plus. But there’s no getting around it: the G4 is a big phone, and if you don’t like big phones, you’re probably not going to like the G4.

The only meaningful differences between the G4’s design and last year’s G3 are slightly more square corners and a very slight curve. The curve is not extreme — it doesn’t have the banana-like profile of the G Flex 2 — but it’s there and makes the phone slightly more comfortable to hold. LG also says it makes the G4 20 percent less likely to shatter when dropped. I’m not sure how you can actually quantify something like that, but I dropped the G4 onto concrete a couple of times and it didn’t break.

The G4's new display is a real upgrade

The one thing that’s new for the G4 is the optional leather back that looks and feels pretty nice. Unfortunately, my Korean-model review unit has the standard grey plastic back, which feels pretty cheap compared to the glass and metal finishes of the iPhone, HTC One M9, or Galaxy S6. It makes the phone look like something from 2012, not 2015. And it doesn’t have the cool self-healing tricks of the G Flex 2. But the back can be removed easily so you can swap the battery and use a Micro SD card, two things missing from the Galaxy S6.

The design may be familiar and uninspiring, but the G4’s display is a real upgrade. It’s the same size and resolution — 5.5-inch, QHD, 2560 x 1440 — as the G3’s screen, but it’s brighter, has more accurate color, and is more power efficient. LG is using a bunch of marketing terms that don’t mean much to describe the new screen, but the fact is it’s a great smartphone display. I might even be convinced that it’s the best smartphone display. It’s bright, perfectly visible in direct sunlight, has great color that’s not oversaturated, and is just a pleasure to look at. It’s as good, if not better, than the Galaxy S6’s screen, which is already really, really good.

The G4’s other big highlight feature is its new camera, a 16-megapixel unit behind a new, super bright f/1.8 aperture lens. The lens is the brightest you can get on a smartphone, and it lets in a ton of light, which is great when you’re taking pictures in dim lighting. The G4 has the same laser-assisted autofocus as the G3, but it has a new "color spectrum" sensor just underneath the LED flash, which is supposed to make colors and white balance more accurate than other smartphones. It also has a new optical image stabilization system that LG claims is twice as effective as other smartphone stabilizers.

The result of all of this new stuff is a really great smartphone camera. LG thinks the G4’s camera is good enough to replace your DSLR. That’s more marketing than reality, but the G4’s camera is certainly capable of taking great photos. Images are sharp and detailed, with accurate color and balanced exposure. The white balance isn’t as warm as with the S6, and low-light images are bright and detailed.

The G4 also has a new camera app that includes both automatic and manual exposure options while ignoring many of the gimmicky camera modes of years past. The manual camera is particularly fun to use: you can adjust white balance, ISO, focus, and shutter speed all the way down to 30 seconds, which can make for some stunning long exposure images. It’s the most comprehensive manual camera mode I’ve used on any smartphone.

Editor markup for LG G4 sample pictures. This is only visible in the story editor.

But not everything is perfect: despite the laser-assisted focus system, the G4 still hunts for focus more than other phones, and can even miss focus from time to time. And even though the manual camera mode offers a lot, it doesn’t let you adjust the sharpness or saturation of the resulting image, and LG’s default sharpening is far too aggressive for my taste. If that bothers you as much as it bothers me, the G4 lets you shoot in RAW and process the images later on a computer for better results, which is still fairly uncommon for smartphones.

While it pared down its main camera app, LG couldn’t resist adding weird stuff when you use the front-facing camera. The awkward hand gestures used to take a selfie now let you trigger a very slow burst of four pictures, letting you make a different face for each selfie. And you can now launch the camera and take a picture in one move when the phone is completely off by double tapping the volume down key. It results in a lot of poorly framed pictures of your foot or the inside of your pocket, so I recommend turning that off.

New to the G4 is a six-core Qualcomm Snapdragon 808 processor. It’s coupled with 3GB of RAM and handles everything you might want to do with your phone with ease. It never feels as blisteringly quick as the S6 or One M9, but I only noticed that when comparing the phones side by side. The G4 doesn’t exhibit the lag or stuttery animations we saw on the G Flex 2, and I didn’t have any notable performance issues with it. (For the record, that’s how every smartphone should be in 2015.)

The swappable 3,000mAh battery had no trouble lasting a full day of heavy use, and if you’re less demanding on your phone than I am, it will likely last into a second day. It’s better than the Galaxy S6, which just barely eked out a day for us, but I wish the G4 had the S6’s super convenient built-in wireless charging and rapid charging features.

Its battery lasts all day, but the G4 doesn't have built-in wireless charging or rapid charging

The G4 runs Android 5.1 Lollipop with LG’s custom interface on top. Like Samsung, LG says it has trimmed back a lot of the duplicate features it used to include on its phones (there’s only one internet browser, for example). But it doesn’t really feel any different than the G3, and it still has a lot of stuff most people aren’t likely to ever use. You’re not going to get anything near a Nexus-like software experience here, and LG’s software design skills aren’t up to par with Google’s, HTC’s, or even Samsung’s. Ugly color choices combine with confusing menus and obnoxious sound effects to make for a pretty lousy first experience. You can turn those sound effects off provided you find the option in the Settings menu (Settings app > Sound & notification tab > scroll to bottom > tap on "More" > tap on "Sound Effects" > uncheck "Touch sound"). I strongly recommend that you do for your own sanity and everyone around you.

The G4 is a big phone with a great display, great camera, and a battery that lasts all day. It doesn’t have a design that turns heads or an emotional appeal that might come from an iPhone or Galaxy S6. It’s not a bad smartphone — it actually functions just fine — but you’re not going to see it in the hands of every person at the state fair this summer.

The harsh reality is that LG is likely never going to escape the shadow of Samsung or Apple, which are far more popular. The company’s not unaware of that: president and CEO of its mobile division Juno Cho recently told CNET that LG only expects to sell 8 million G4s by the end of the year, a far cry from the tens of millions of units Apple sells each month. But while it can’t match their popularity, it can offer an alternative, which is exactly what it’s done with the G4.

The G4 is really for the Android diehard, the person that loves the Galaxy S6’s camera and performance, but can’t imagine living with a phone that doesn’t have a removable battery or Micro SD card slot. It’s all fast processor and big screen and weird camera features — it’s what most people think of when they think of Android. And that’s exactly what some people want.

Our review of LG G4 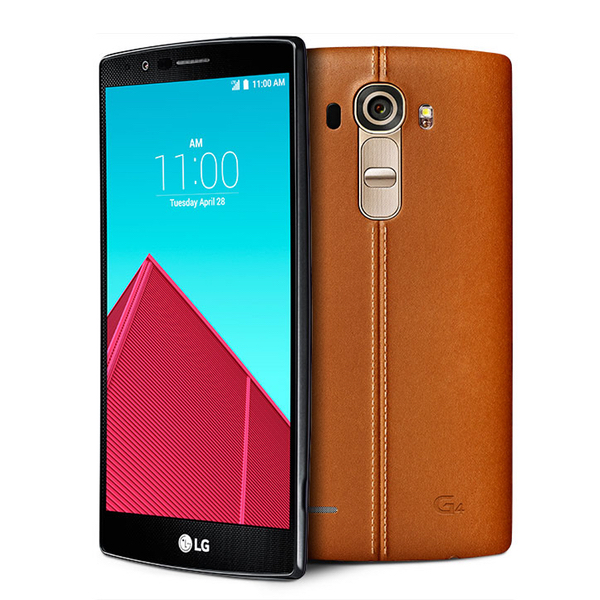