The best stylus for the iPad

If you’re using your finger, you blew it

Share All sharing options for: The best stylus for the iPad

The iPad was built so that you'd never need a stylus. Apple wanted you to be able to pick up a tablet and just start using it, without having to search around for something to control it with. But there are still many reasons that you may want want to use a stylus anyway: we're used to holding something in our hands while writing, drawing, and painting, and a good stylus can make these activities a lot more fun and natural on the iPad.

Just like a pen or a pencil, a good stylus doesn't need to do anything special. You just want one that feels good and lets you use it exactly how you want to. That's surprisingly hard to come by on the iPad, but the good news is that there are a lot of options to choose from. There are capacitive styluses that trick the iPad into thinking they're your finger, and there are Bluetooth styluses that can add special features like pressure sensitivity. You can find either type in all sorts of shapes and sizes.

A stylus may seem simple, but there are a lot of small ways in which a bad one can quickly become annoying — just imagine if your pencil didn't write every time you touched it to a sheet of paper. Fortunately, there's one stylus that absolutely nails all of those critical basics.

Our review of Sensu Artist Brush and Stylus 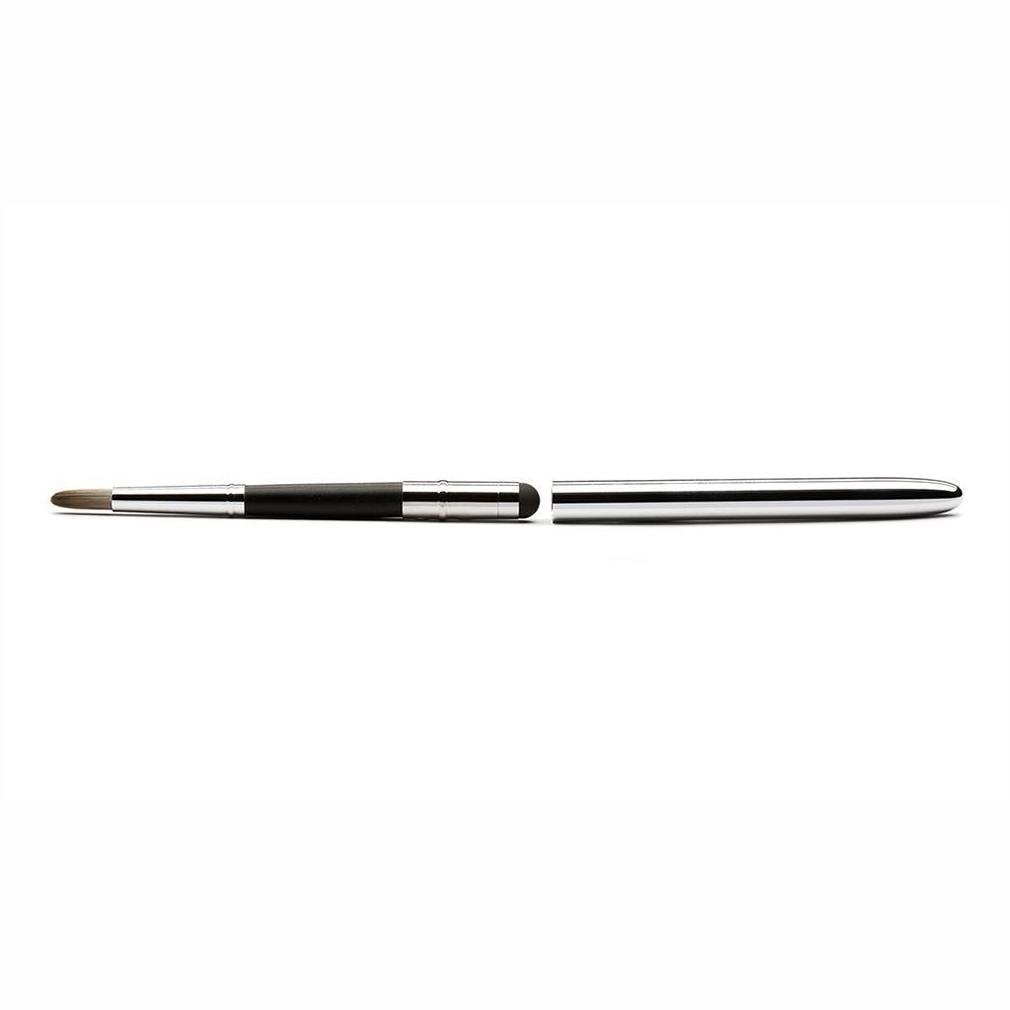 If you want the best stylus for iPad, one that won’t be a hassle and will work every time, you should get Sensu’s Artist Brush & Stylus. It’s a small, sleek, and simple capacitive stylus that always makes the iPad react when you touch the screen. You can also uncap its back to find a capacitive paintbrush that’s great for creating art — it’s not necessary, but it’s a fun addition.

The best part about Sensu’s stylus is the big rubber nub it uses to write. It’s large enough that you can come at the iPad from any angle, no matter how you’re holding the stylus, and still make contact. That’s really important if you’re drawing, but it’s handy no matter what you’re using the stylus for.

The tip of Sensu’s stylus also has some grabbiness to it, so it feels a bit like you’re making a mark on a sheet of paper, rather than just sliding across the iPad’s screen. The nub is relatively firm, too; a lot of other rubber-tipped styluses fall short because their loose tips make them harder to control.

If you pull the cap off the back of the stylus, you’ll find what looks like a paintbrush underneath. I found it weirdly enjoyable to use this for normal tasks, like navigating menus, but the real purpose here is for painting in your app of choice. Because this is a capacitive stylus, it works with any and every app on the iPad, and the brush is a quick and fun — if slightly less precise — tool to use for digital painting.

Drawing, painting, and just generally navigating the iPad — scrolling through menus, browsing the web, ordering Seamless — are as good as you’re going to get with the Artist Brush & Stylus. It’s worth noting, however, that this isn’t quite going to cut it for taking notes. That’s true of every stylus on the iPad: the precision just isn’t there unless you have a steady hand and a lot of patience. But that’s a shortcoming of the iPad, not any particular stylus.

A great stylus may be about the basics, but the basics are where it counts. And when it comes to the basics, Sensu’s Artist Brush & Stylus nails every one of them.

Our review of Adonit Jot Touch 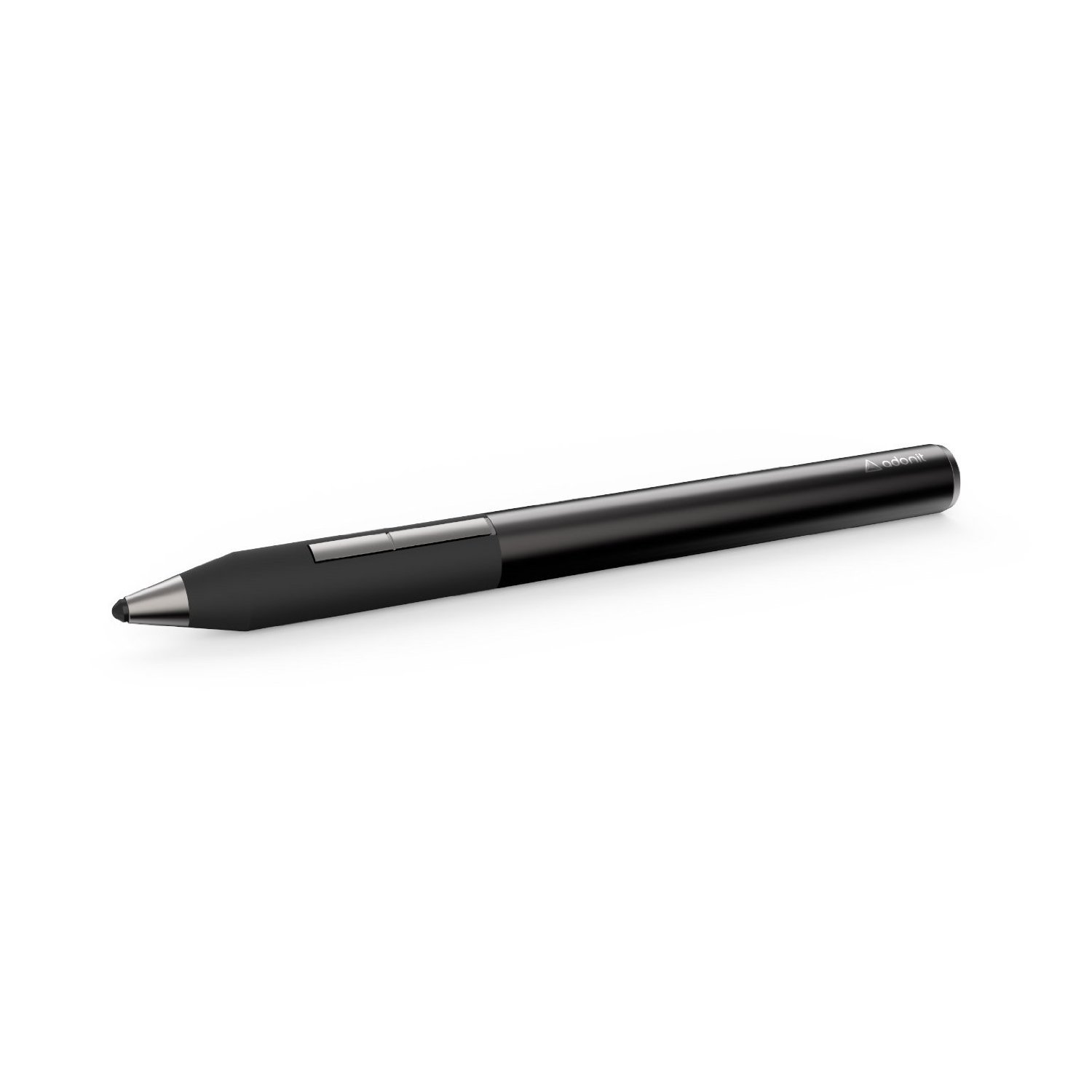 Most people will get along just fine with a capacitive stylus, but iPad styluses can do a lot more if you’re willing to spend more money and put up with a few frustrations, like having to use specific apps and occasionally having the iPad miss a stroke. If you know you need something smarter, the best option is Adonit’s Jot Touch.

The Jot Touch is a Bluetooth stylus that offers pressure sensitivity, palm rejection, and customizable buttons that can command apps to undo strokes, pull up menus, or swap over to an eraser. All of these are huge conveniences that help your hand stay on the stylus and off the iPad, keeping you focused on your work.

Pressure sensitivity takes a bit of getting used to, but the ability to draw thicker or thinner lines, depending on how hard you press the stylus down, is incredibly helpful once you get the rhythm down. Palm rejection, unfortunately, is a bit less impressive: like on all styluses we tested, it just doesn’t work consistently. Sometimes it’s perfect, other times it doesn’t work at all. It can be helpful, but you shouldn’t rely on it. Fortunately, if you just set one of the Jot Touch’s buttons to “undo,” you’ll be in good shape.

Because it’s a connected stylus, the Jot Touch isn’t supported by every app out there. It works with a lot of the best apps, though, including many from Adobe — you won’t find a much better stylus ecosystem than this. And the worst case is that the Jot Touch will revert to just acting like a normal, capacitive stylus if an app doesn’t support it (though you’ll still have to keep the battery charged so that it stays connected).

These are all things you’re going to want if you’re really interested in creating art on the iPad, but know that there are some shortcomings. The most notable being that the Jot Touch — like many other connected styluses right now — can be a little finicky on the iPad Air 2. Sometimes you’ll be mid-stroke, and it’ll just stop drawing. It’s not a deal breaker, but it’s worth keeping in mind if you own the latest Air or plan on updating in the near future; there’s a good chance the next generation of iPads could have this problem, too. You may want to hang tight to see if Adonit or other stylus makers can fix it.

Connected styluses are really great when they’re working right, but the added cost and occasional difficulties in using many of their features means it isn’t going to be worth it for most people. But if you know that these extra capabilities are something you’re going to need, the Jot Touch is your best option.

Our review of Adonit Jot Mini 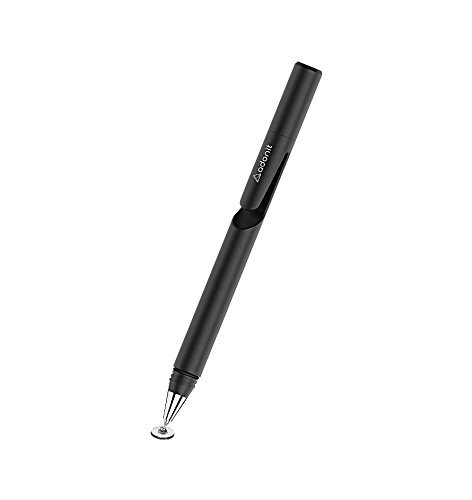 The Jot Mini is a beautifully made stylus that feels absolutely great to hold. It's one of the most natural and accurate styluses to use, too. But it has two problems: you can't draw from sharper angles, and you will very, very quickly lose its removable tip.

Our review of Adonit Jot Pro

Every comment for Adonit’s Jot Mini applies here. There are only two differences: it's taller — closer to the size of a normal pencil — and its tip retracts when pressure is applied to make it feel like you're really writing. Unfortunately, it just ends up feeling creaky. 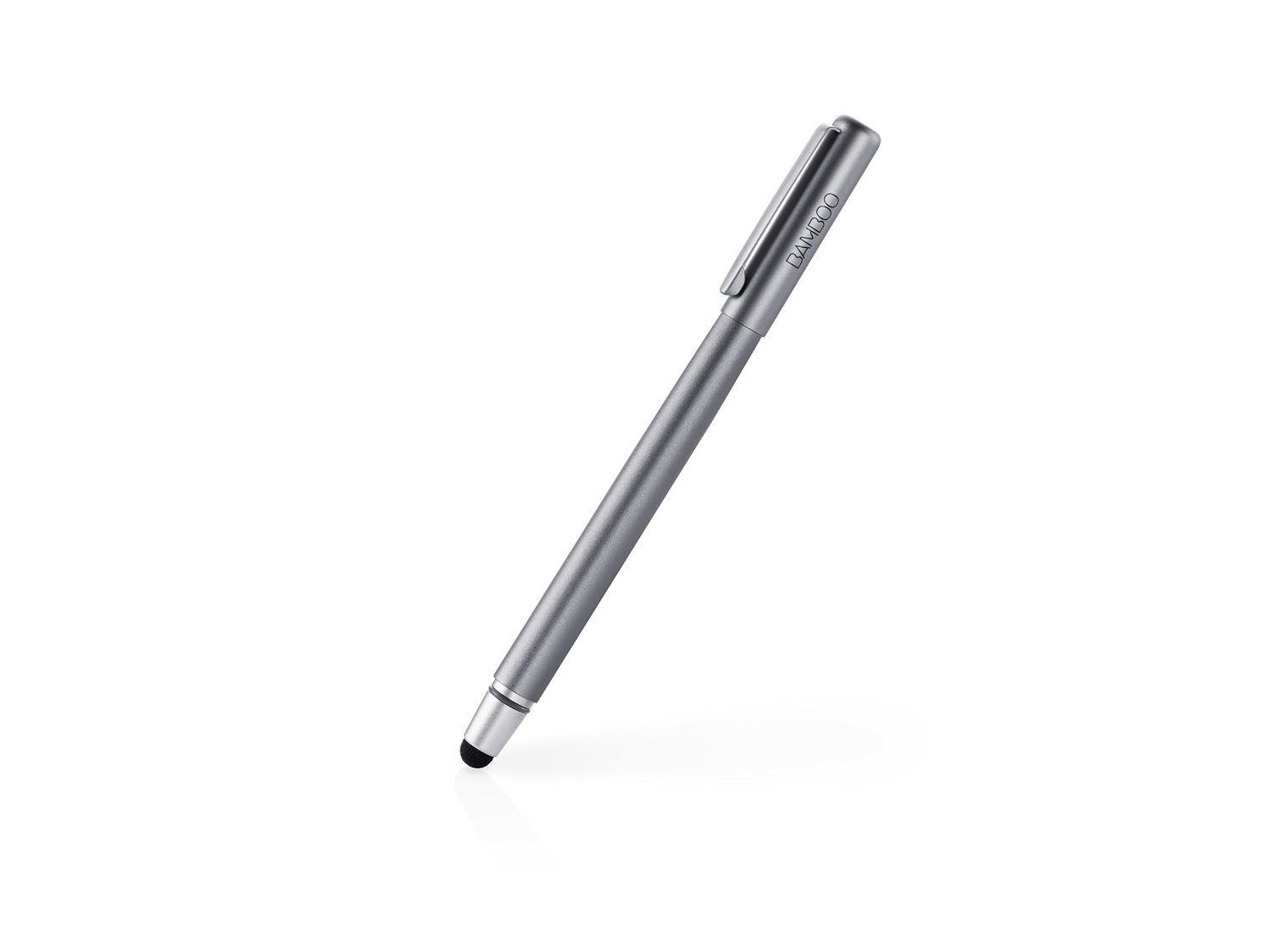 Rather than using rubber, the nub at the bottom of the Bamboo Stylus Solo is made of a carbon fiber mesh. It's really comfortable to write with, though it's a touch on the softer side. It’s also not great at sharp angles.

Our review of FiftyThree Pencil 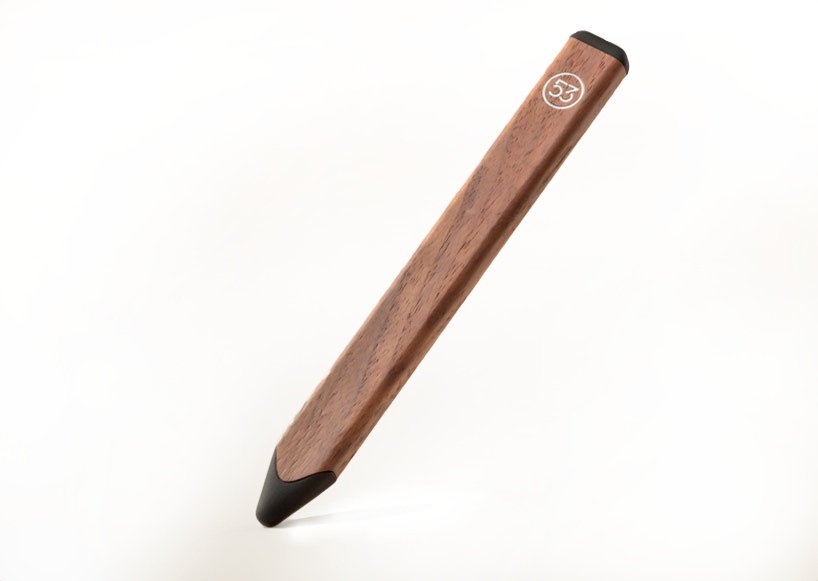 Pencil is easily among the most stylish styluses out there, but it's a bit too limited. Between a too-squishy tip and its lack of pressure sensitivity, you'd be better off spending a little more and getting a stylus that's more capable. (Although, I wish every stylus would steal Pencil's digital eraser.) 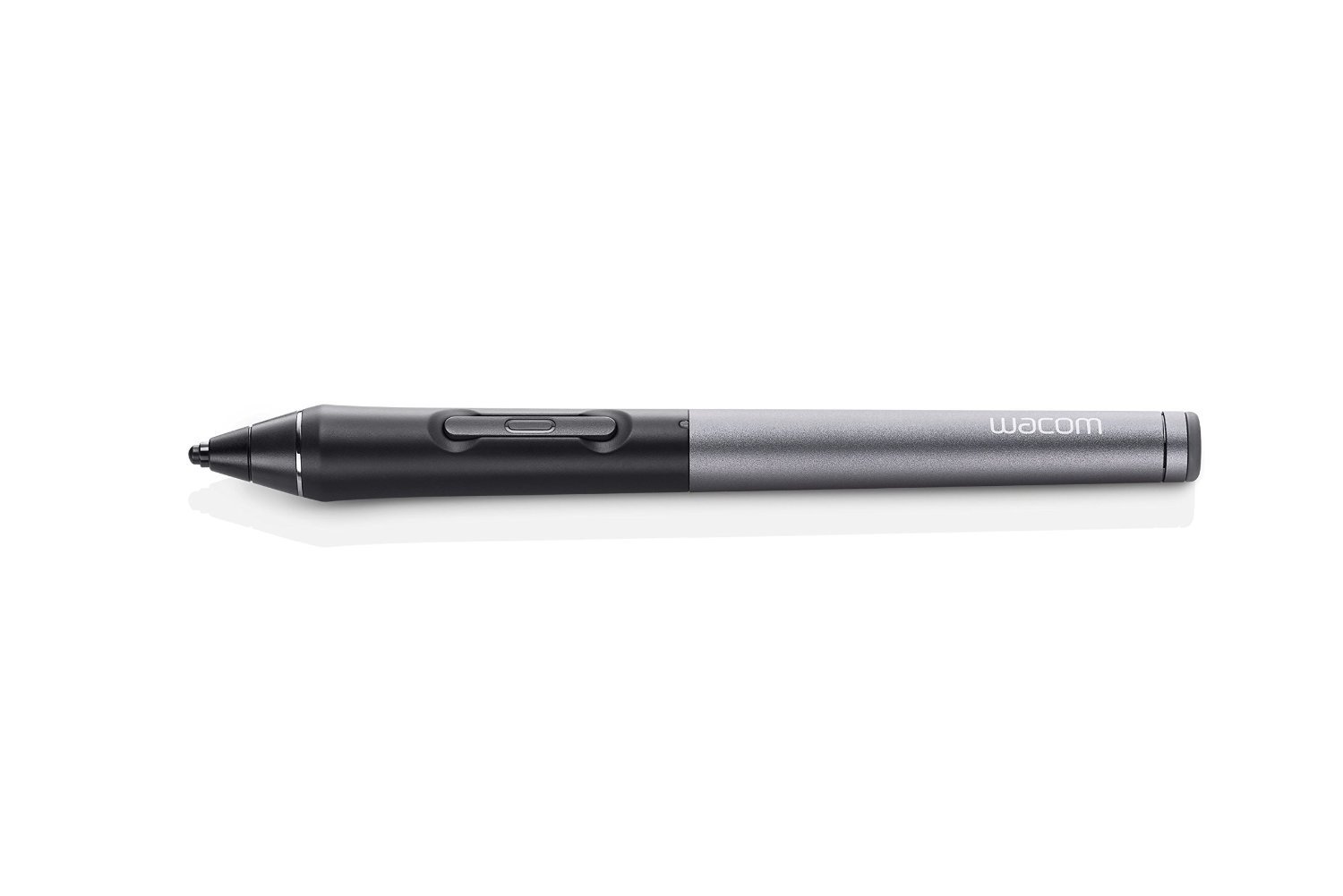 Wacom's top iPad stylus is excellent in almost every way, with pressure sensitivity, wide app support, and customizable buttons. But there's one big problem for the artists it's aimed at: its lines get shaky when they’re drawn slowly. That's a deal breaker.

Our review of Adonit Jot Script 2 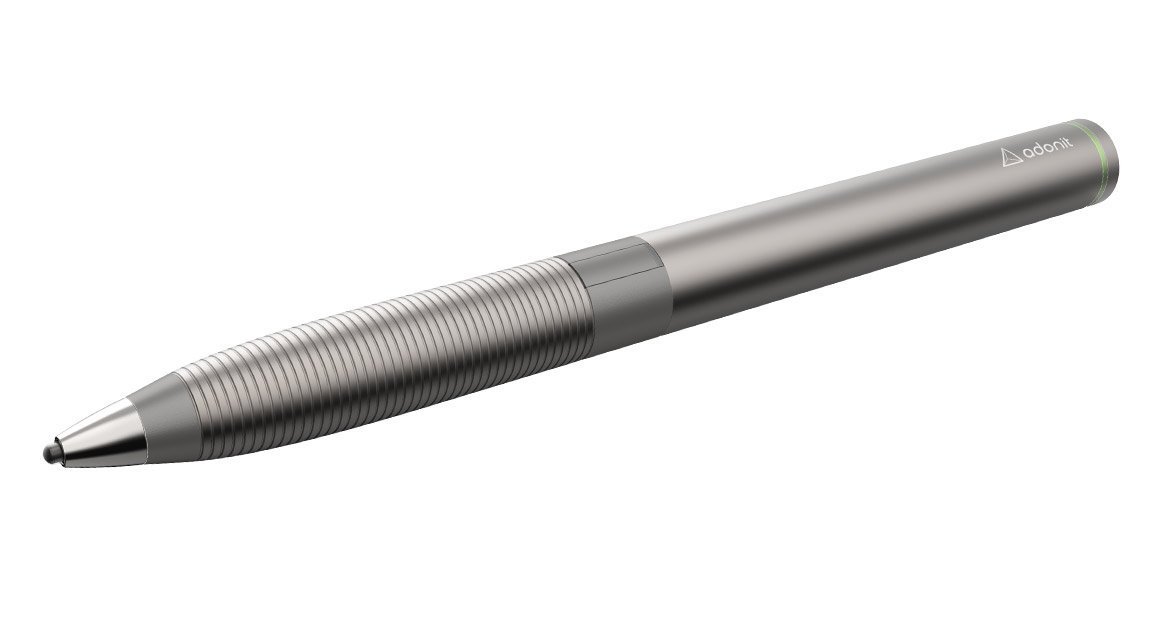 The Jot Script is meant for handwriting, but its palm-rejection feature — like all iPad palm rejection — just isn't reliable enough. Nor is the iPad accurate enough to be a great note-taking device anyway.

Our review of Ten One Design Pogo Connect 2 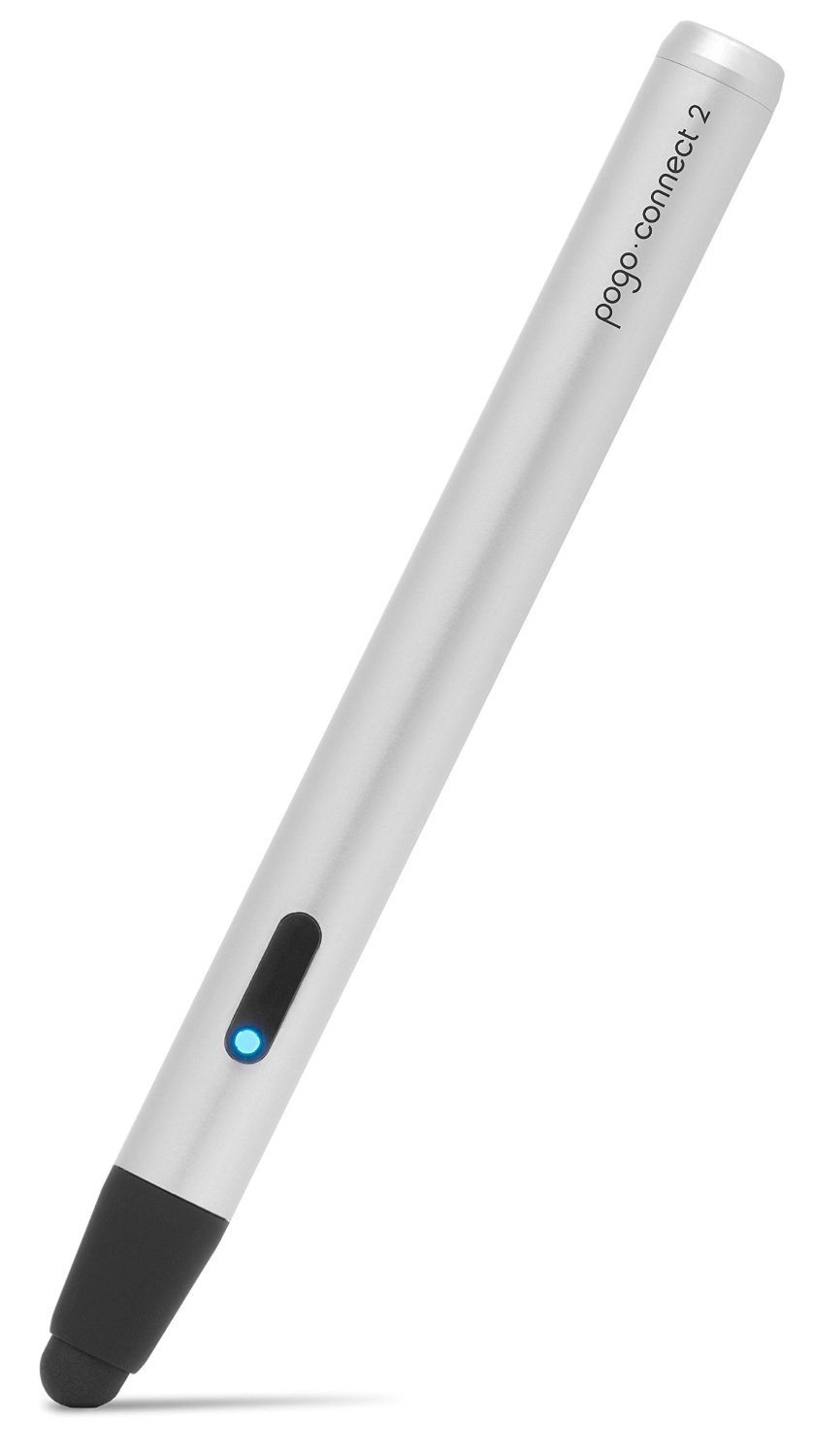 The Connect 2 takes everything easy and convenient about other styluses and totally ruins it. I guess you could get this if you want more frustration in your life, but I wouldn't recommend it.