Nobody wins in this Angry Birds / Sonic crossover

Nobody wins in this Angry Birds / Sonic crossover

Sonic the Hedgehog isn't what he used to be. Once one of the most iconic faces in gaming, now his biggest hits are self-aware tweets. Obviously, there's only one thing that can make him relevant again: Angry Birds. 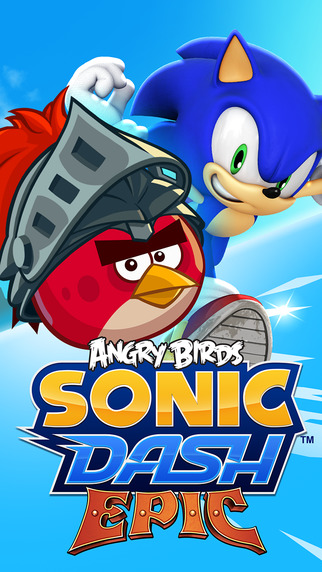 As part of a limited time promotion, for the next three weeks, Sonic Dash — a sort of Temple Run-style endless runner — will also be home to characters from Angry Birds Epic, the RPG spinoff of the mobile series that will not die. You'll be able to unlock Angry Birds characters to play as, including unforgettable names like Red Knight and Bomb Pirate, and you can also buy them with real cash just in case you need them right this second.

Rovio's Wilhelm Taht somehow believes the mashup is "epic," while Sega's Chris Southall says that the characters work together "flawlessly." But let's be real: this is a desperate stab at staying relevant. The question is who needs it more. While Sonic has fallen on hard times, his mobile games are still shockingly popular; Sonic Dash has been downloaded more than 100 million times since 2013. That's a lot! (Though his console outings have seen a steady decrease in sales, culminating in the massive flop Sonic Boom.) Angry Birds, on the other hand, has struggled to recreate its early App Store dominance. Things have gotten so bad that the game developer is trying to find a hit outside of games, and has started publishing YA books.

So Angry Birds will get another chance at reaching a big audience, while Sonic loses what could be the last of its credibility. Let's just hope this isn't foreshadowing a Dr. Mario / Candy Crush crossover.