Read next: The iPad Pro review.

One of the next big products that Apple is said to have in the pipeline is a larger, more powerful iPad, and it looks like Apple is already preparing iOS to support it. Developer Steve Troughton-Smith has discovered that there's a new, larger iPad keyboard layout hidden within the iOS 9 beta that seems to only be shown when the display is set to a bigger size. It's a fairly safe suggestion that the layout is meant for a future iPad, which lends credibility to the growing reports about its eventual announcement. The most recent reports suggest it could come later this year.

Apple will want to tailor iOS to the larger display

It's not uncommon for Apple to prepare for new devices this way: the beta for iOS 6 scaled up to fit the 4-inch display of the iPhone 5 before it was announced, and hints of the iPhone 6's larger display were scattered throughout the iOS 8 beta as well. This is perhaps unintentional, but it also seems unlikely that Apple would mind developers being aware of what's coming down the road.

The larger keyboard isn't dramatically different, but it does expand several buttons and add quite a few others. Most notably, it adds a top row of narrow keys that give quick access to symbols. It also adds a redo key, a tab key, and a caps lock key, although you'd think that Apple could find a more useful button than that.

Apple is likely going to have to make a number of changes to iOS — or, at least, to its core apps — so that the iPad Pro's larger display makes sense. Every time Apple has introduced a new screen size, it's changed elements of iOS in response. In some cases that's been minor, but the bigger changes have been really critical for larger displays, allowing the typically streamlined and focused iOS to do a bit more. We're already starting to see that with the introduction of split-screen multitasking, and this keyboard tweak appears to be one of the smaller next steps. 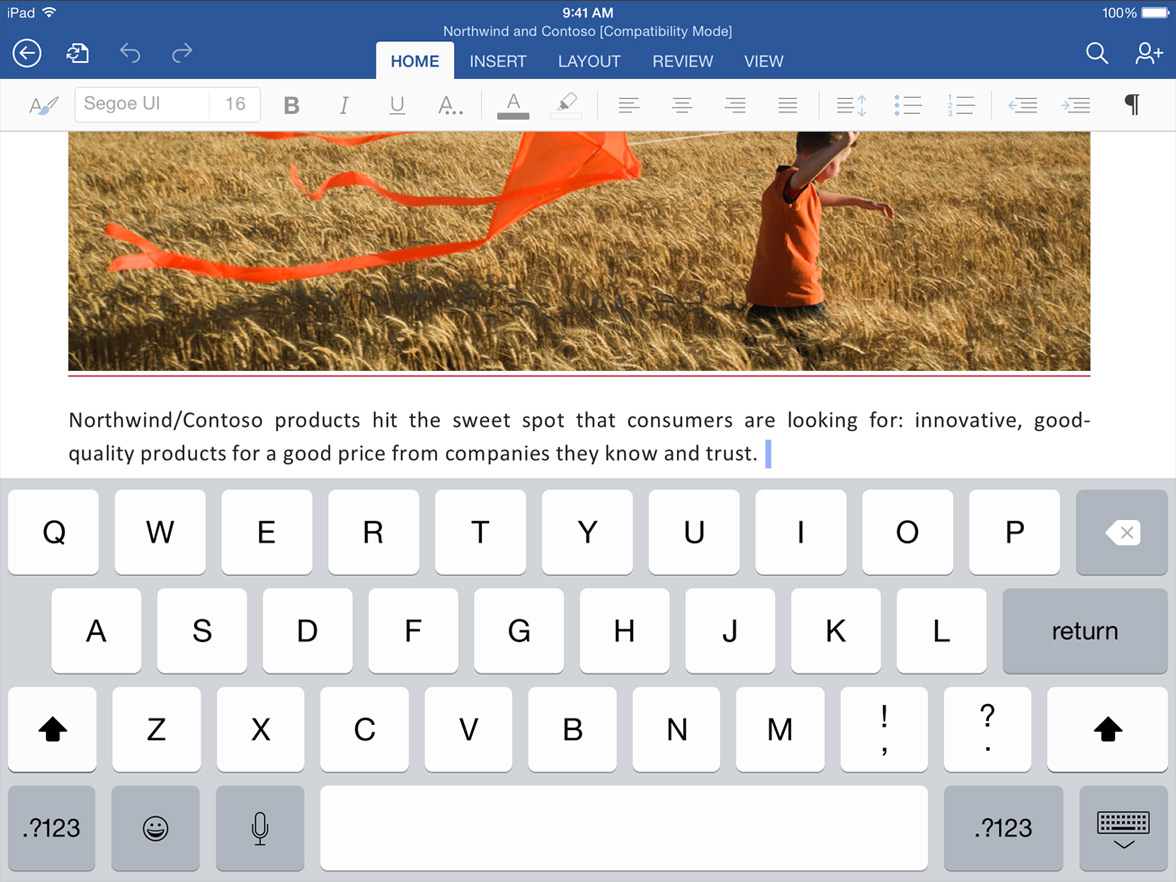