We spoke with the human behind ReBoot's new live-action concept

'Wait to see what we do with it before you overly judge it.'

Share All sharing options for: We spoke with the human behind ReBoot's new live-action concept

"The one resonating thing that I've heard, is 'ReBoot really changed my life,'" explains Michael Hefferon, president and chief creative officer at Rainmaker Entertainment. It seems like tall praise for a show that looks at times painfully dated to our eyes in 2015. But that speaks to how groundbreaking ReBoot was when it debuted in 1994.

You may not have heard of ReBoot, but for a generation of '90s kids, the show was incredibly formative. As the first half-hour, completely computer-animated TV series, it holds a special place in animators' hearts. Now, 14 years after ReBoot's final episode first aired, Vancouver-based Rainmaker Entertainment has officially confirmed the show's return to the small screen.

From the very start, ReBoot was all about computers and "the Net." In the original show, the action took place inside a computer system, where the main characters fight off viruses and protect their home, Mainframe, against the threat of games initiated by "The User."

But ReBoot: The Guardian Code isn't going to be a carbon-copy of the original series. For the first time, the show's characters will become aware of humanity, and its love of technology. And the show won't stick to its former, animated-only approach. The new ReBoot has been reimagined as a live-action / computer-animated hybrid that will center around four human teenagers who discover that they're next-gen Guardians — protectors who must defend cyberspace and humanity, alike.

For a generation of '90s kids, ReBoot was incredibly formative

As you might expect, the show's new format raises a whole bunch of questions for the show's original fan base, namely "why introduce a live-action element in the first place?"

As a Canadian growing up in the '90s, ReBoot was an important part of my childhood. I wanted to know more about the show's revival, so I called Michael Hefferon, president and chief creative officer of Rainmaker Entertainment. Hefferon, who joined Rainmaker in 2012, knows a lot about '90s animated hits. He founded the production company responsible for movies like Fern Gully: The Last Rainforest and All Dogs Go To Heaven II. Now, he's working on bringing ReBoot back to life, and he's got a lot of news to share.

An edited transcript of the interview follows. You can also listen to the interview in full by clicking on the SoundCloud link below, or by subscribing to the Verge Extras podcast on iTunes. 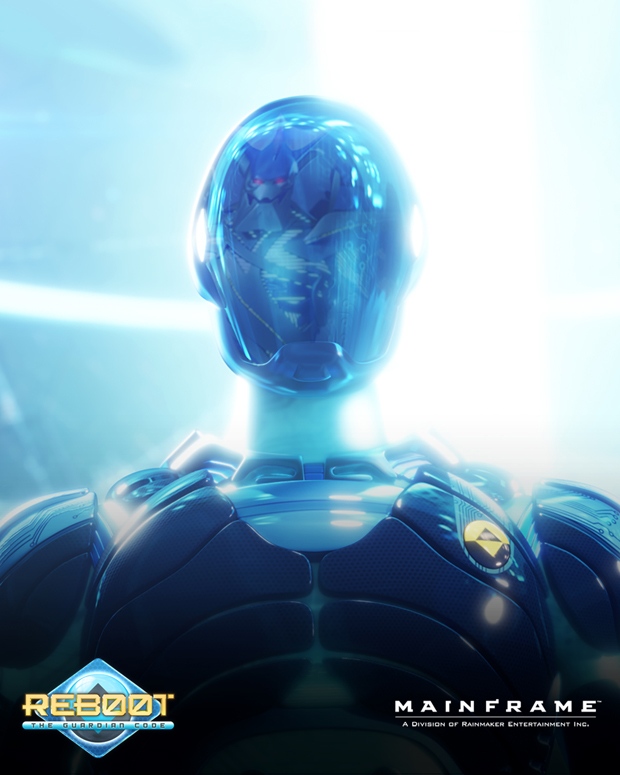 Arielle Duhaime-Ross: A lot of kids who grew up watching ReBoot didn't necessarily have a computer, and not everyone knew what a megabyte or a gigabyte was at the time. Today, children know a lot more about technology. Do you think that the world of ReBoot will resonate more?

Michael Hefferon: I think it'll resonate more. The show isn't just about going into a computer world and having computer references. Part of the whole concept of [why we decided to use live action in the new series] is how we engage now with technology. The way the show is being set up, it's not just about technology or a device. It's how that device is utilized. 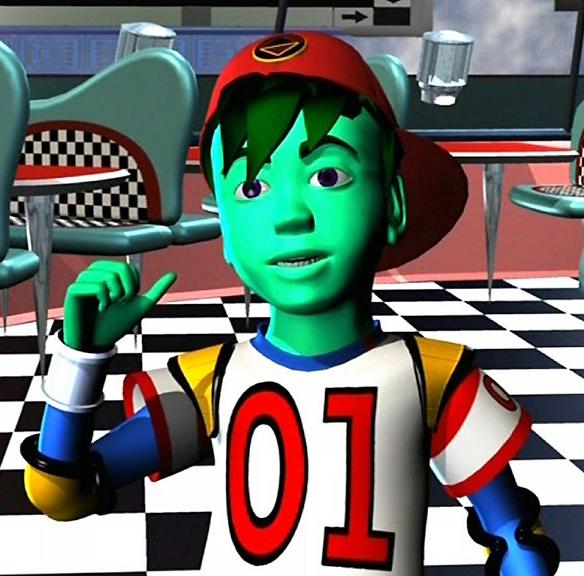 "Just Upgraded to work within the Framework of Today."

Back when ReBoot was first [on TV], computers were quite limiting [in terms] of what they did for us and really what their impact was. Now, everything is controlled by technology and by computers. It's all online. There are all these ways now that technology has either improved our lives in a major way, or left it open to be vulnerable. I mean, your little Furby toys are connected, and all those kind of fun things become real, cool story points. Kids engage differently. They understand technology differently.

Will that have an impact on "The User," which controlled the game and decided when it would start within ReBoot?

Very much. I mean there are limits of how [much] I want to say. I know there's been some comments posted about "well the rules of ReBoot" and "that doesn't sound like ReBoot." But let it play out a little bit. I think people will find the core of the mythology, and how the world works, will be quite similar. It's just upgraded to work within the framework of today.

But I think you'll see how The User works, how the original cast fits in. You're going to have fun. Our new Guardians — which are going to represent kids of today — don't know what a dot matrix is. So there's going to be a great chance for new technology. 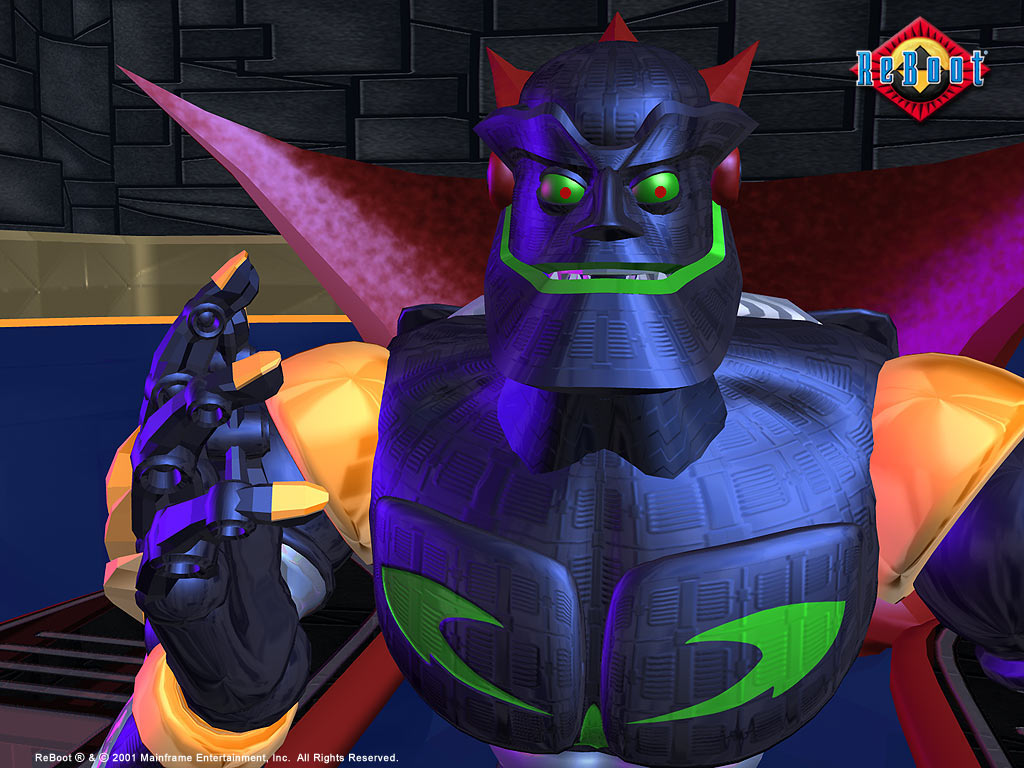 ReBoot was one the first completely computer-animated TV series. But you're taking it in a different direction with the live-action hybrid. What led to that decision?

I know people are getting a little bit caught up in it, and it's interesting because I do read some of the fan boards and stuff. It's not easy to reboot a series. I think probably there have been four attempts [to revive ReBoot]. One thing I was told when I took over as president [of Rainmaker Entertainment] is, "Whatever you do, don't make ReBoot the first project you bring out." I was flat out told that by somebody who's actually a great friend and colleague, too. "Don't make it your first one. Your predecessors have tried to do it. It hasn't worked." Well, you know, I love a challenge. And I listen. For the year before I came up with what the new concept, I talked with people. I talked with broadcasters around the world. The one [resounding] thing — and I hate to break it to the fans — was nobody wanted the reboot of what [the show originally] was. Nobody was willing to buy it.

"For me, What is important is kid empowerment."

So that's where the live action comes in?

Well that's where the concept came in. My thing at the end of the day is "how do I engage a new generation of kids?" When you're rebooting something, that's great, you can reboot it. But you have also got to look and say, "What else is out there? How is the show going to stand out, and how are kids going to feel engaged?"

For me, what is important is kid empowerment. I have a son. My son wants to be Austin (one of the four teens in the new series). He wants to be a Guardian. That's what I want to do with it. I want to basically inspire kids, and adults. [This is] what the live-action element allowed us to do. We couldn't do that if [the action] all stayed within a device.

"The Focus of the show is Still Animated. it's still CG animation."

There was also interest in reaching a broad base. [We weren't] just trying to create an action-adventure show that would be boy-driven. We're really trying to bring ReBoot forward [in a way] that's inspiring for a new generation of kids — whether they're boys [or] girls.

In a rough breakdown out of a 22-minute episode — it's roughly seven minutes of live action and 14, 15 minutes of animation — the focus of the show is still animated. It's still CG animation.

How much of the original crew is involved?

I would say almost a third of our [production] company people had worked on the original ReBoot series.

As far as writers and stuff, as we're going forward, we're certainly going to talk with everybody. In some cases everyone has to realize that for some people, it's been 20 years since they might have first started work on it. Kids' television has changed a lot. Some of the writers aren't writing anymore. But we're definitely reaching out and definitely will be reaching out and engaging people all across the board. As much as we want to move forward, we're certainly looking to take along the essence of what made ReBoot such a fantastic show from the very beginning.

I grew up in Canada, and I watched ReBoot religiously as a child. To me, this is all very exciting, and I know that a lot of people that I grew up with are also very excited about this as well. How has the response been since the announcement?

I think we're just getting an incredible response. The mandate I was given when I came on is bring back ReBoot. Maybe I'm not bringing it back exactly the way everybody would like it. It's interesting. There seems to be a split on people's take on liking the new idea or not.

Part of what I can say is give it a chance. Wait to see what we do with it before you overly judge it. I think you'll be pleasantly surprised. It's going to be very exciting.

Gucci built a persistent town inside of Roblox