This light bulb pulls double duty as a wireless speaker

Twist can make your apartment smarter in two ways

If you live in a small apartment, the idea of a "smart home" is a hard sell. But lighting and audio are two things your landlord doesn't have control over, and now a new company called Astro wants to sell you a smart home product that handles both at the same time. It's called Twist, and it's an LED light bulb with a wireless speaker inside.

Astro isn't the first to do something like this. A number of companies, including Sony, already have similar products on the market. Almost all of those work over Bluetooth, but the Twist speaker bulb streams music with AirPlay. That means you'll have to own an Apple device to use it, but the benefit is you get a much higher quality stream than you would with those competitors.

Of course, that doesn't matter much if the speaker is bad. But Twist actually sounds pretty good. In a brief demo in our office, it sounded better than most of the cheap Bluetooth speakers (think Logitech's UE Mini Boom) on the market. The bass won't rattle the dishes in your cupboards, and in general it's not going to get extremely loud, but the bulb's audio was very clear in the low, mid, and high ranges. (The Twist speaker bulb uses a driver made by Tymphany, a company that supplies components for the likes of Sonos and Bang & Olufsen.)

As far as the light goes, the bulb can get as bright as 750 lumens. That's the equivalent of a traditional 70-75 watt bulb, but Twist draws about one-sixth of the power, Astro CEO Shaun Springer tells me. The bulb also uses an algorithm to shift the temperature of the light throughout the day from cool to warm. You can't, however, tweak them to match any color you wish to see. If you want to fill your bedroom with aqua blue light, you're still better off with something like Philips Hue. 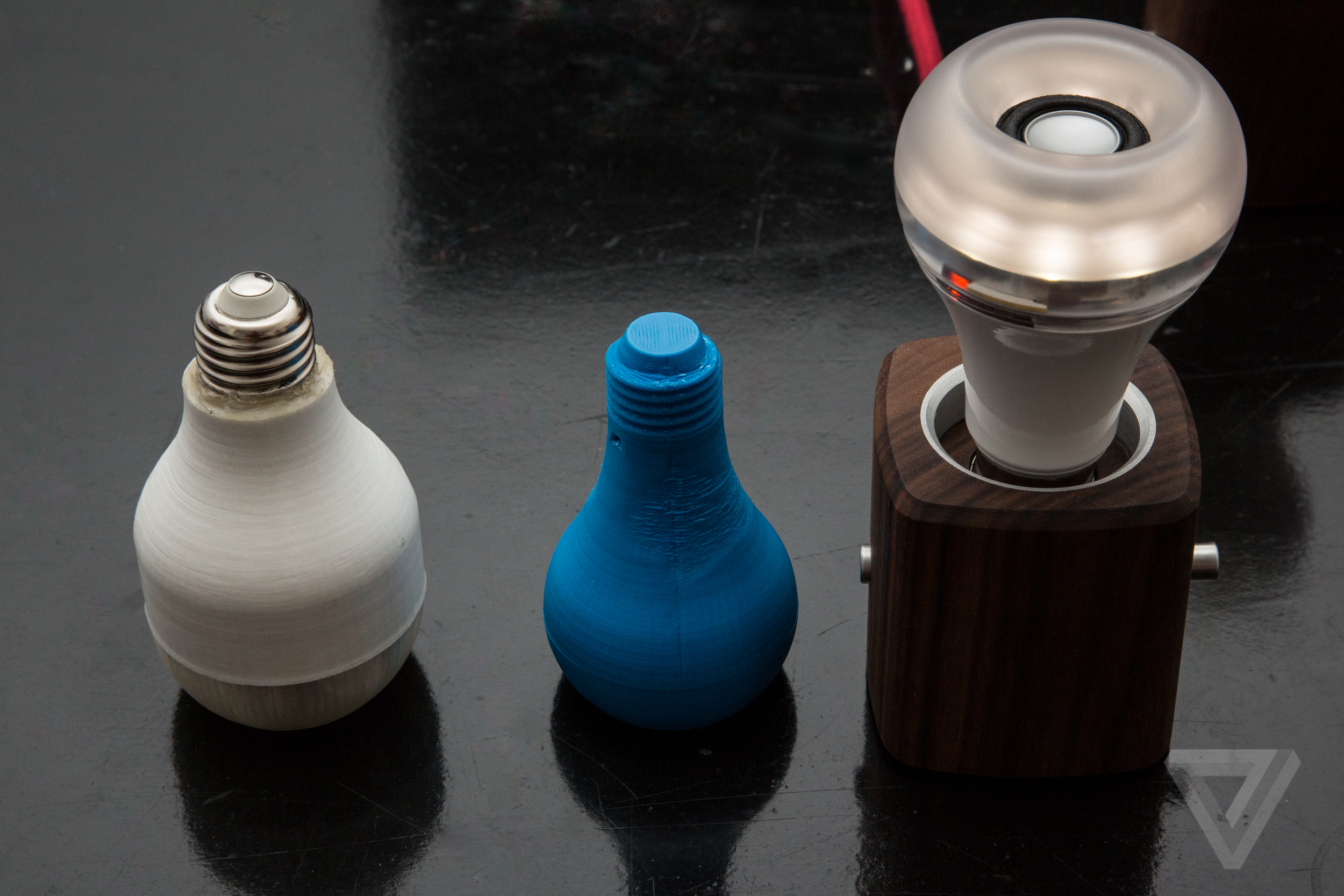 The Twist speaker bulb next to some early prototypes

As strange an idea as it seems, I can see how Twist might be the right solution for some people — myself included. It sounded better than the portable Bluetooth speakers I already own, and I have enough light fixtures in my apartment that finding one where the bulb's sound fills the room wouldn't be a problem. Twist was also surprisingly fast. The audio stream connected right away, and the two bulbs I tested responded immediately with the dimmer switch. (While the speaker uses AirPlay, but the bulbs do sync their brightness with Bluetooth.)

Astro is taking preorders today on a starter pack that comes with one speaker bulb, two speaker-free bulbs, and a dimmer switch for $249. The first units will ship in early 2016.