There's probably no control simpler than the light switch. It's something that you're quickly reminded of when setting up and installing the multiple parts that go into the first connected light switches and dimmers to work with Apple's HomeKit: first the hub, then the dimmer, then plug it all in, then sync it, et cetera, et cetera. But as soon as you get it up and running, you're rewarded with one of those surprisingly magical experiences that every so often new tech can give you. At least, you might be.

Over the past two weeks, I've been playing with Lutron's Caséta Lighting Starter Kit, and earlier this week I received Insteon's own HomeKit hub along with some connected dimmers. These are the only two products currently shipping with support for HomeKit, the new smart home system that Apple has built into iOS. HomeKit allows any product branded with its seal approval to be controlled by Siri. Those products can also be controlled by apps, even apps made by other companies.

These first two products are a bit more complicated than necessary. Most HomeKit devices will just hook right into the iPhone, and that's it. But these two are smart home hubs, which bridge you over to other smart home systems that don't integrate directly with Apple. So rather than having your phone directly control a connected dimmer, your phone is actually controlling a hub which is then controlling the dimmer. That's all hidden once you have it set up, but it makes the process a bit more convoluted than it's supposed to be. More than likely, these products will be most appealing to existing Lutron and Insteon customers, but they still serve as a first look at what Apple’s platform can do. 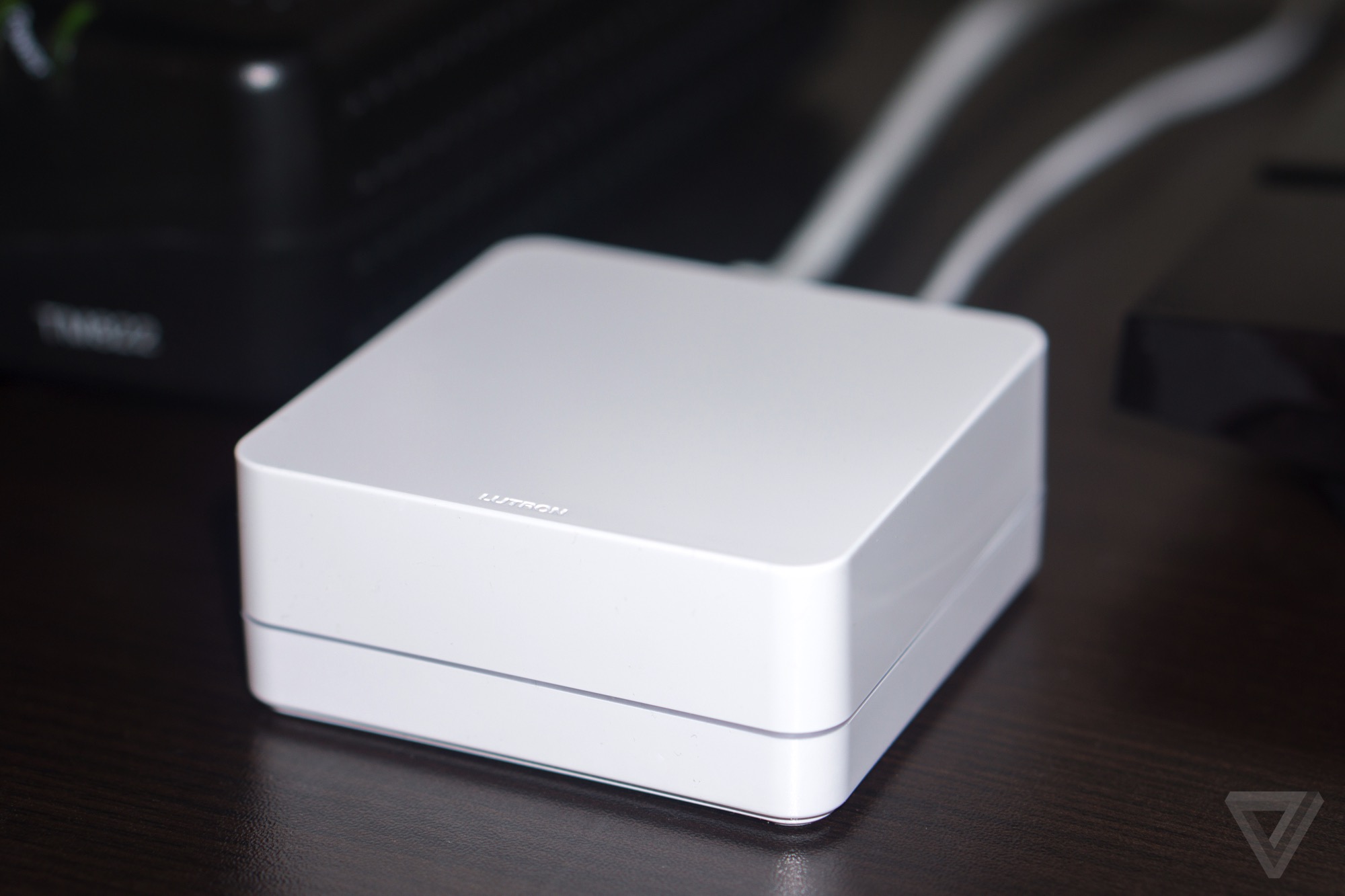 For the most part, setting up a HomeKit product — even these HomeKit products — is fairly easy. My first time through, with Lutron, everything went so smoothly that I had almost no expectation that it would actually work when I first asked Siri to turn off the lights. But Siri heard the command and my light faded off just a moment later. It left me impressed with lighting in a way that I probably haven’t been since discovering The Clapper as a kid.

With Lutron's dimmer, you can have Siri turn on, turn off, or dim any lamps that you have plugged into it. It’s critical that you know how to format these commands for Siri. While turning lights on and off is pretty natural ("Turn off my lights" or "Turn on the living room lights"), I couldn’t figure out how to dim my lights by more than 5 percent at a time until Apple published a support document on it today. You also can’t turn on or off individual lights unless you set specific scenes for them; and not every app lets you manage every HomeKit function, so I had to go into Insteon’s app to make a scene out of my Lutron lights — it’s not very straightforward. The other HomeKit partners I’ve met with (who don’t yet have products out), largely seem to be keeping their apps limited to their own devices, so HomeKit owners are probably going to have to look around for the best app. Or, you know, Apple could just make one itself and clear this up.

If you're anything like me, you'll immediately begin using this ability to mess with the people you live with: turning off lights so that they're sitting in a dark room, turning on a light while they're set up to watch Netflix. I didn't see the Siri control as much more than a novelty at first, but the utility became more apparent once I set up two lamps in the same room. At that point, it became easier to turn them on and off simultaneously with Siri than to walk over to each one individually. It's a basic start, but there's so much more you could do once additional pieces of the home become connected.

As with most things involving Siri, the experience here oscillates between wonderful and frustrating. More often than not, Siri heard my smart home commands and controlled my lights after only a brief pause. Occasionally, Siri wouldn't be able to find the lights, and I'd have to wait a moment before trying again. If you have an Apple TV, Siri can even control these products when you’re outside the home, but for some reason, it worked far more reliably when I was on Wi-Fi. It wasn't until today that I managed to successfully control my home over a cellular connection. (This section has been updated to note that Siri can in fact control your home over cellular; it wasn't working prior to publication.)

Setting up all of your rooms with Siri really is easy. And what's even easier — impressively easy — is sharing those commands with the other people you live with. Just enter a person's Apple ID into a HomeKit-enabled app, and they'll be asked if they want to accept control of your home the next time that they check their phone. That person won't even need to download an app — it'll all just work with Siri, immediately.

There are still kinks in the system

All that said, the entire HomeKit experience is far from perfect. While setting up Lutron's hub went smoothly, everything went quickly awry when I tried to get the Insteon hub working this week. The hub connected over HomeKit just fine, but the dimmers use Insteon's own system, which clearly still has some bugs — they basically didn’t work at all. After much failed troubleshooting, I ended up with the hub unable to reconnect to HomeKit; it also broke the Siri integration that I had set up through Lutron.

I suspect those issues are due to bugs in Insteon’s app, rather than issues inherent to HomeKit, but it's still a loud signal that flaws remain in the HomeKit ecosystem. Still, I'm hopeful. HomeKit, when it's working, makes it easy to start building a connected home piece by piece. It's only dealing with the foundations of that home right now, but plenty of other products are coming. Apple's smart home is growing fast, and soon it’s going to be very easy to starting building your own.