Inside the $499 aluminum NES that’s crafted like a Leica

Who would spend more than the cost of a PS4 on a video game console that only plays NES games? Well, who would spend thousands of dollars on a digital camera that can’t autofocus? Leica shooters, of course, and people of similar persuasion might just be interested in the Analogue Nt for their gaming needs. The Nt is a modern Nintendo Entertainment System hewn from a solid block of aluminum, and retails for $499 (plus an extra $79 if you want HDMI output and hardware upscaling).

There are countless knock-off consoles out there that play original cartridge games from systems of yesteryear, but few have focused on anything but functionality. Analogue’s Nt is designed to be an object of desire in its own right — a console that goes above and beyond its source material.

“We went through an incredible amount of effort to produce a product at this quality — we’ve always looked up to the standards of companies like Leica — and our ethos as a company is to be somewhat of a Leica of video game hardware,” says Analogue owner Christopher Taber. “We think the Nt has achieved a remarkable level of quality — something never before seen in video games.”

Even the Nt’s printed circuit board is beautiful, with the electrical signals painted on a black substrate looking a world away from the cheap green materials you’d expect. "We designed and manufactured the Analogue Nt’s motherboard with an extraordinary focus on detail," says Taber. "It is designed and constructed like a piece of art." The process costs around four times as much as a regular PCB would, according to Analogue.

"It is designed and constructed like a piece of art."

"You’ll notice visible and raised copper traces," points out Taber. "This is the real material it is manufactured from. Unlike the usual colored mask facade, the Nt is finished with a transparent solder mask which shows off the true material the PCB is actually manufactured from. This is sort of like a person standing naked — you are seeing uncovered, unguarded actuality."

This has little to no bearing on how the Nt actually functions, of course. But Analogue believes that it’s energy worth expending. "For us, the quality and aesthetics of a product should be carried all the way through," says Taber. "Putting this much effort into designing something that most customers will never end up seeing may seem superfluous — but we couldn’t imagine making something any other way." 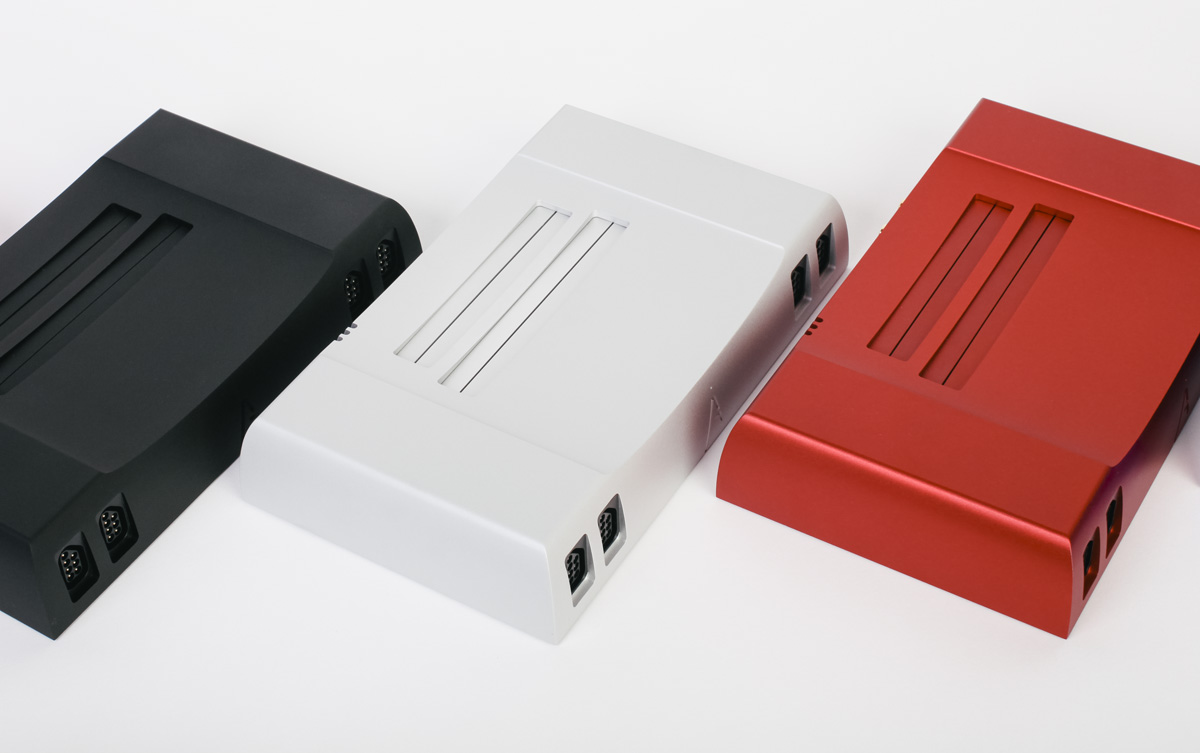 Taber calls the NES "the most iconic video game system of all time — a pivotal part of video game history." The Nt will be able to play more than 2,000 games out of the box, running natively on the hardware with no need for emulation. "We created the Analogue Nt to experience this pivotal part of gaming history with the quality and justice it deserves," says Taber.

The Analogue Nt offers compatibility with the US NES as well as the original Japanese Famicom and its add-on, the Famicom Disk System. It’s powered by original Ricoh CPU and PPU chips that have been salvaged from a batch of disused Famicom systems. The optional, internal HDMI adapter, meanwhile, is designed to optimize image quality on modern TVs — lead video hardware engineer Kevin Horton says it "upscales digitally, directly from the PPU and CPU. This means no lag and zero signal degradation." There's even a built-in scanline generator, if the resulting image is too clean for you.

But will anyone really spend north of $500 to play NES games on their HDTV, given the wealth of emulation options available from Nintendo and elsewhere? "We produce products with the philosophy ‘buy less, but more quality,’" says Taber. "I’d rather save up and buy something that’s really nice, that’s going to last for virtually my entire life. Something to cherish forever. The Analogue Nt was developed in this light and I think the people who are interested in the Nt share a similar perspective."

The Analogue Nt is available to preorder now from $499; Analogue says it'll get to you in July, though it's worth noting the product has suffered delays from its planned ship date of last summer.