A little bit of everything

iOS 8.4 with Apple Music is here, so of course we didn't waste any time taking it for another spin after our original hands-on back at WWDC. As Walt Mossberg wrote at Recode, it's an impressive if slightly confusing first cut at a full-featured music streaming service. After you get through the usual Terms of Service agreements that you won't read, you're dropped into the classic Beats Music interface that lets you choose your favorite genres and artists. I did my level best to get my late '90s and early aughts bands to show up there, but only a handful did. Perhaps Apple has better taste in music than I do (Apple probably has better taste in music than I do).

After that, you get your five tabs. It starts with "For You," which presents music largely based on the choices you just made. It's a mix of Apple-curated playlists and bands it figures you'll like — and the fact that it dropped deep Flaming Lips cuts with Grizzly Bear's Yellow House pretty much means it nailed what my music tastes are / were the last time I heavily used iTunes, in the days before Rdio and Spotify.

But here's Apple Music in a nutshell: it's ambitious. It borrows ideas from nearly everybody: it has a clean UI like Rdio, a massive catalog like Spotify, a lot of music management buttons like iTunes, and human curation like Beats.

Read next: how Apple Music compares to Spotify, Tidal, and other streaming services 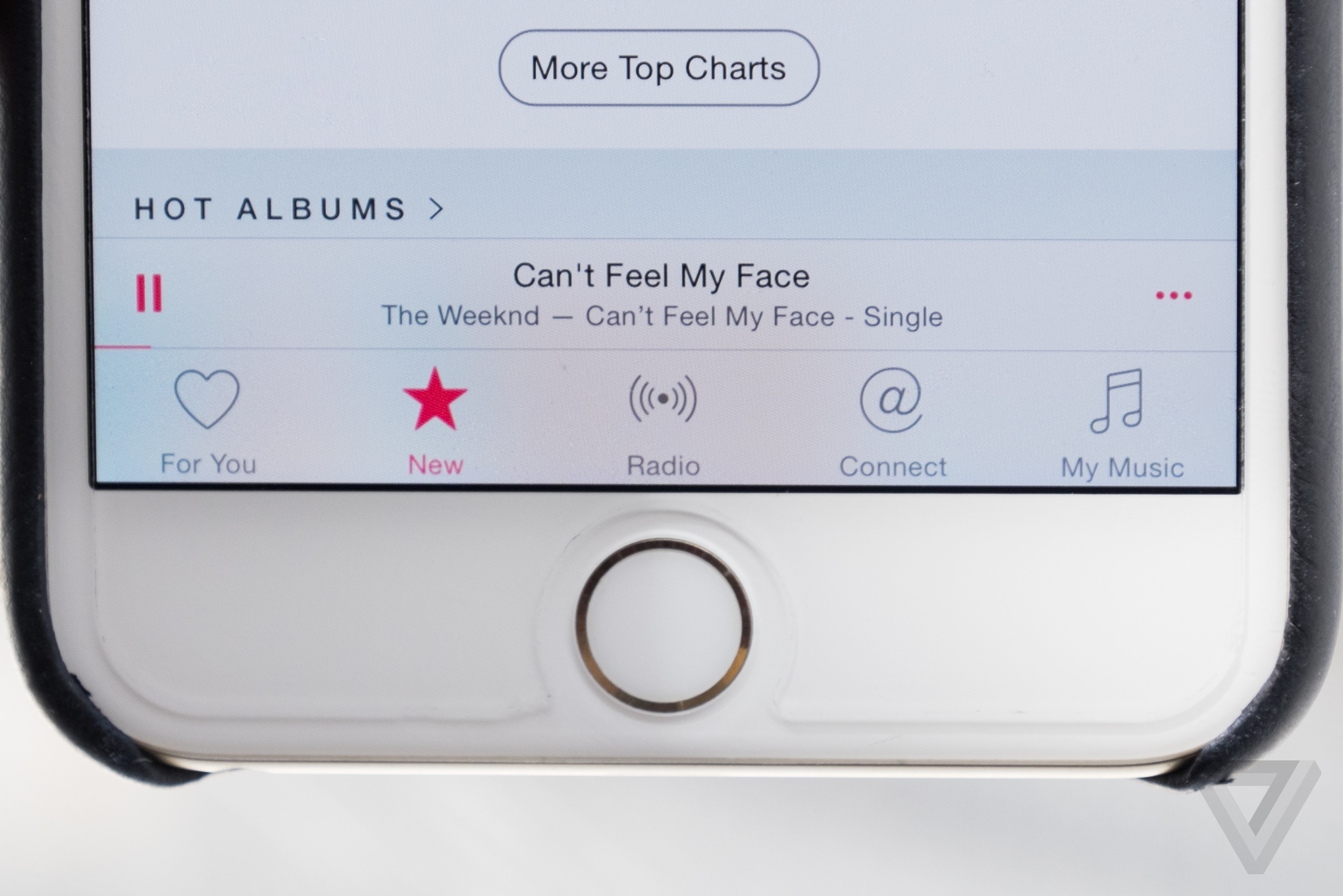 The next tab is "New," and it does exactly what it says on the tin: there are artists, music videos, and specific songs it thinks you might like. Drill into the "Apple Music Editors" section and the app presents you with panoramic images for different genres that lead to playlists and songs within that genre.

Keeping your sense of place within the app can be difficult 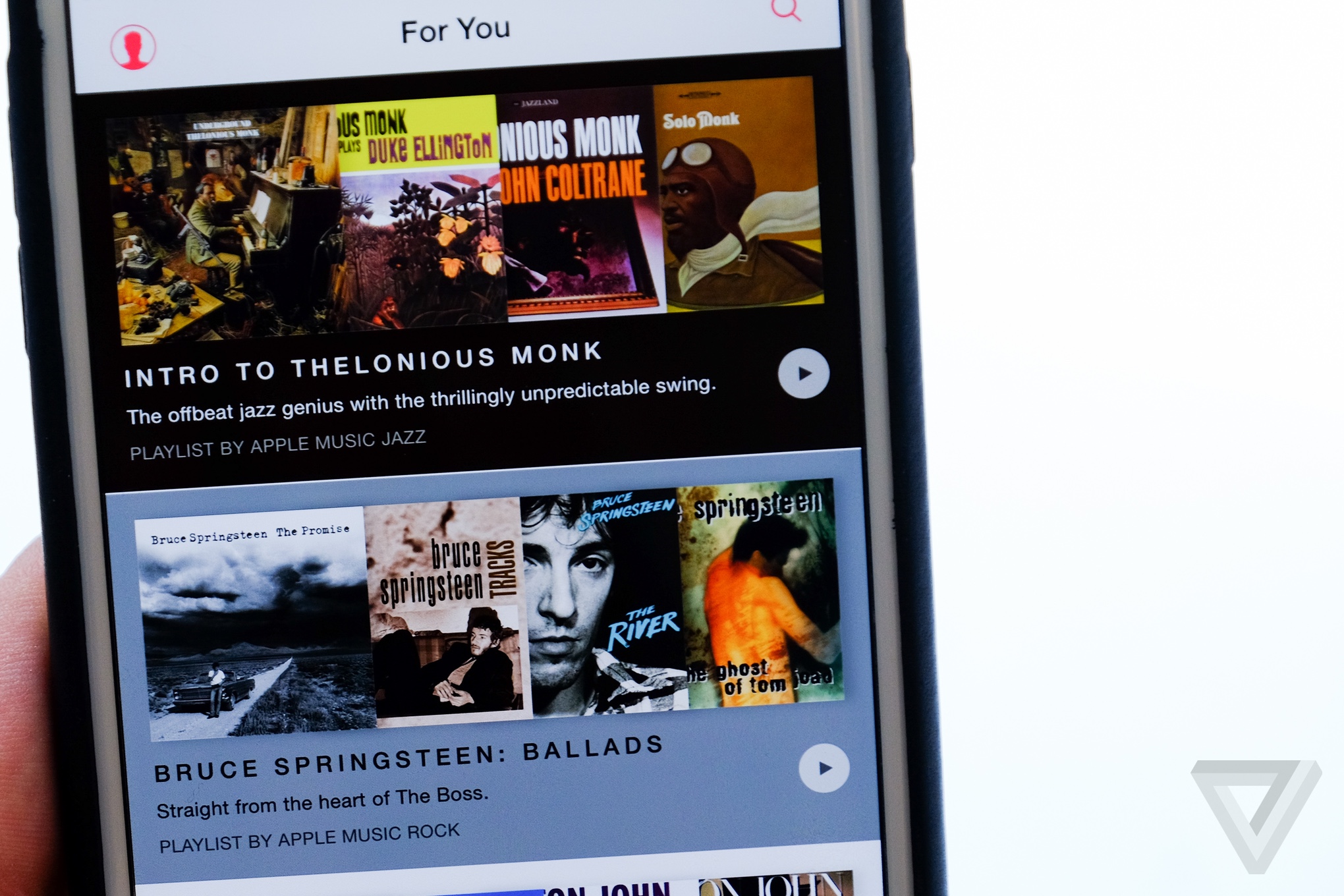 And here's where it starts to get just a little confusing. Keeping your sense of place within the app can become difficult as you tap and swipe around. There are ever-present three-dot buttons that pop up menus that let you follow things like genres or artists, add stuff to your own music library, or add to an "Up Next" music queue.

Some of that is going to be inevitable: trying to cram a classic iTunes-style music library, a full-featured music discovery service, and a radio station all into one app is a very tall order — and to be honest, the fact that Apple made it as clear as it did is impressive. It doesn't take too long to get the basic UI, and even if you get lost deep in some section, you can usually swipe back to find your place. A few taps is usually all it takes to find what you want, but you'll find yourself hitting that three-dot menu a lot to make stuff available offline and generally try to manage your library.

That extends to the Now Playing UI, which defaults to a small bar that persists at the bottom that extends up to show you more information about what you're listening to. There's a button for your music queue, a star that lets you tell Apple Music to "play more like this" and all the rest of the usual music controls. On many of the songs I played, I could tap the album art to see the lyrics for the song I was listening to. You can swipe down to minimize the full-screen player, which means the play / pause button turns into a surprisingly small target to hit.

Moving on: the Radio tab is where Apple Music Radio (neé iTunes Radio) lives, with its curated, genre-specific radio stations. (As of this writing, Beats One just officially launched after playing a bunch of Brian Eno for the first hour. DJ Zane Lowe has decided that he ought to insert his voice into the beginning of each song he plays. He also has high praise for Beck.) In a station, that star button becomes a heart, a signal to Apple you like a song and want to hear more like it.

Getting this many options into a single app is hard, but Apple may have pulled it off 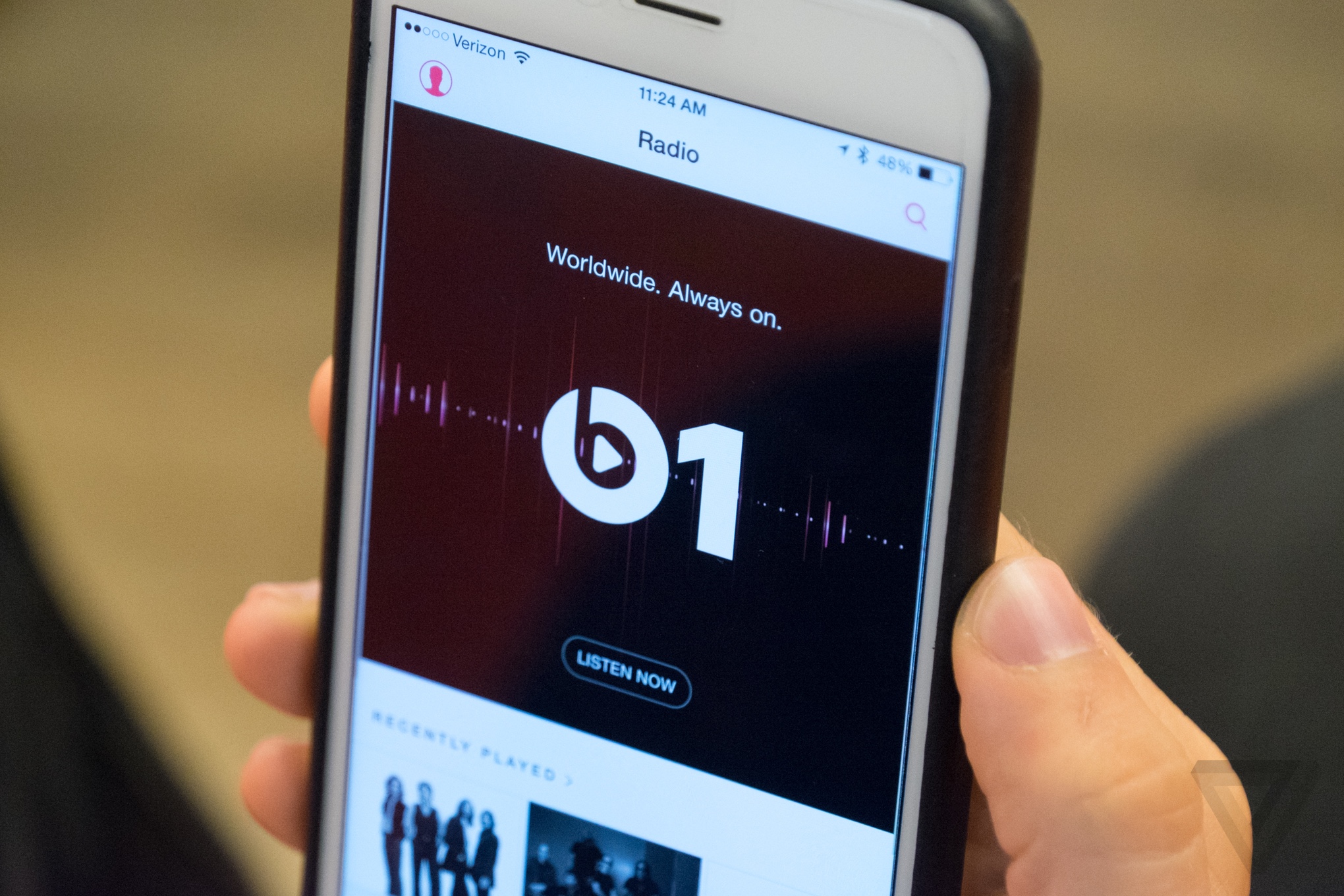 Connect, the tiny little musician Tumblr inside Apple Music, is more of a mixed bag. I suppose if I were a superfan of a particular band or artist I might enjoy Rufus Wainwright welcoming me to Connect more. If nothing else, as of right now it looks like somebody at Apple is heavily moderating the comments. You'd expect an open comment section on a global music service to be a mess, but it isn't (yet?). For what it's worth, my comment of "Hi Rufus" appeared right away. Somehow I'm following 106 artists already, so maybe if enough of them take advantage of Connect I'll run into some happy discoveries there.

And the last tab: My Music. It works like the old music, basically, but the old tabs you're used to have been variously moved and buried into different places in the UI. Some of the stuff you've already learned how to do on the iPhone, like making a playlist, requires hunting down a little "new" button. Try as I might I couldn't find the place to tap to find more music from an artist that's already in my library. That sent me to the search button, which thankfully has a clear set of tabs which lets you know whether you're searching your own music or the full Apple Music corpus.

There's more to say (and we'll say it in our full review), but our first impressions are that although there are some unavoidable places where you can get lost, Apple Music has pulled off the basics of what you'd expect from a streaming music service. You can find the music you want (including, yes, Taylor Swift), and if you just want Apple's curators to help you stop being An Old who only listens to Built to Spill because he stopped paying attention to music 10 years ago, you can do that, too. I'm looking forward to finding more.