Apple's playbook is famous at this point. It finds a market that isn't living up to its potential — MP3 players, smartphones, tablets — and then marches in late with something way better that ends up bringing in way more money than anyone has ever made in that field before. It's a challenging strategy that relies on Apple's ability to regularly create remarkable products, but it's one that's been working for over a decade. And today, we learned about Apple's latest target: the streaming music business.

It's about time Apple got started on streaming

This is an area that Apple, by many accounts, should have entered years ago. Spotify has been establishing itself for nine years; Rdio has been scraping by for almost five years; and even Google has been on the scene for two. But as digital music sales really start to decline, it's finally time for Apple to replace them. Subscription streaming services appear to be the future. To reach most consumers, they’re the obvious choice.

But in making its new streaming service, Apple Music, Apple isn't playing by its typical playbook. It's playing by the rules that it turns to when there isn't much else to do: cutting deals. And not just deals that are favorable exclusively to its own success — it wants labels to cut off Spotify's free, ad-supported streaming option, which would only be detrimental to consumers.

That's probably because it's hard to make a music service stand out when, for the most part, there's little difference between them in terms of price and content. For a single person, Apple Music costs $9.99 per month and include access to 30 million songs. So does Spotify. Rdio and Google Play Music are exactly the same. And Tidal comes in just short with 25 million songs. Apple's biggest win here is a family plan that allows six people to gain access for only $14.99 (so long as they’re willing to put up with iTunes’ Family Sharing). Spotify already says that it plans to match this shortly.

Apple is largely trying to distinguish its 30 million songs with curated playlists and an exclusive radio station hosted by Zane Lowe, a DJ who frequently premiered major tracks on his former BBC show. Those are nice perks, but they're a small piece of what people are buying. Apple is also giving artists a way to connect with their fans by posting images, videos, and new tracks in a portion of Apple Music called "Connect." That could be really cool if they decide to use it — or if Apple pays them enough to use it — but Apple oddly speaks of this feature as though it were awe inspiring and revolutionary.

It's hard to distinguish the same catalog of songs

Back in reality, this has been happening for years. Taylor Swift already has 33 million followers on Instagram. Lorde dropped "Royals" on SoundCloud (and broke out because of it). Solange posts incredible photography and fan art on her Tumblr. One of my favorite guitarists already spends all day giving bizarre Q&As on Twitter. And importantly, people already check those networks. It might be nice if they were all in one place, but it’s not exactly natural. (To drive this point even further: Apple had The Weeknd debut a new song at the end of WWDC — it's now being hosted on his YouTube channel.) So it's not a stretch to guess that Apple is paying this initial group of musicians — including Drake and Pharrell — to be on Connect.

The other streaming services are doing their best to stand out, too. Spotify has a small number of exclusives. And it's only a matter of time before a Tidal artist (be it Beyoncé, Kanye West, or Daft Punk) puts up something worthwhile that you can only find there. On Apple Music, Drake is supposed to do something, but we don't yet know what or if it'll actually be exclusive. It's possible that Apple does have some important streaming exclusives, like The Beatles or Taylor Swift, but so far it isn't say. It's an irritating war, and one that all of us lose — it's not like we're eager to subscribe to three of these things just to get all the music we want. 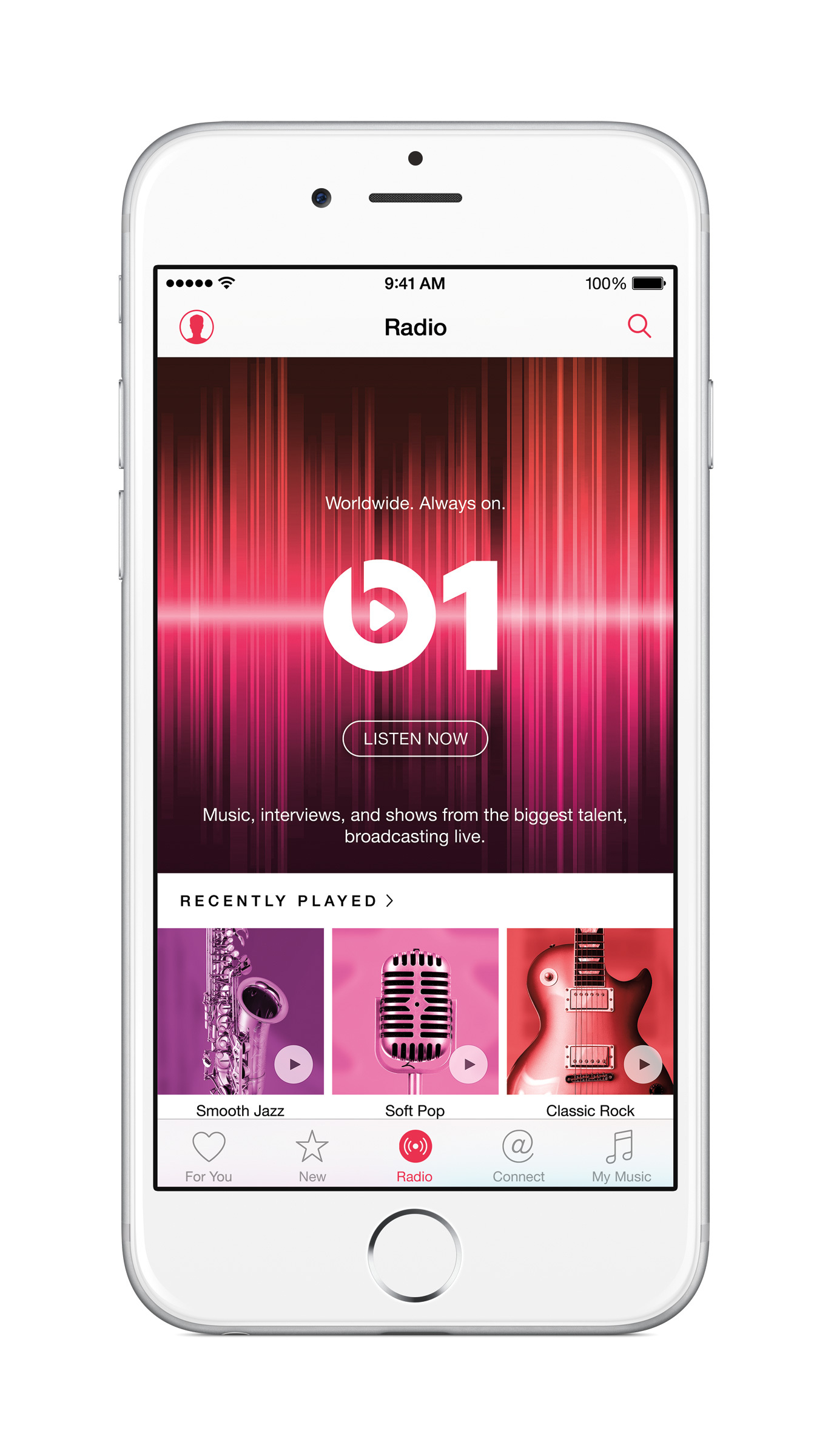 What the battle comes down to is software and convenience. And while Spotify isn't perfect, it's winning because so many people already use it — Spotify streaming buttons are everywhere. It's just assumed that you have it. There are other benefits to Spotify, too. It has social features between listeners that Apple will likely never touch, and it's even started to reproduce Google Play Music's best feature, with playlists that are designed to fit a certain time of day or mood. And, perhaps more important than all of that, you can start using Spotify for free before getting hooked and subscribing. Apple offers three months for free, but that might not be enough to become entrenched and addicted.

Going forward, Apple Music certainly has an edge on convenience, with its service living right inside of the Music app that iPhone and iPad owners already use. It's a fine-looking app that includes all the features you'd expect, including offline playback and curated playlists. It can even be controlled by Siri. But do any of these feature make Apple Music the best streaming service? No. Is there any flaw making it worse than the others? No. It's just another streaming service. And if you use Apple devices — and already have your credit card on file in iTunes — it'll probably be a pretty convenient choice.

That's why Apple seems to know that it all comes back to deals. There's no easy win here: It tried to get a lower price for subscribers. Didn't work. It tried to get huge exclusives. Didn't work. It tried to cut off Spotify's free tier — and we'll see if that worked down the road. What it got is some exclusive social media updates. When everyone's the same, it's about using your company's prowess in the board room to get on top. And when you're dealing with record labels, that's not an easy task.

So maybe Apple Music isn't better (or worse) than Spotify. To Apple, it probably doesn't matter. From the outside, it may seem like Spotify has won the streaming music fight, but it's more like it has an early lead in an ultramarathon: Spotify currently has 15 million paying subscribers (and 60 million active users total), but Apple wants to hit 100 million, according to the Associated Press. The battle is just getting started.

Being built into the iPhone gives Apple Music a huge advantage

For Apple, what matters now is how well it can leverage iTunes to convert listeners from buying to streaming. This won't be easy. Just because people are already using iTunes to buy music doesn't mean they'll want to use Apple Music to stream music — you can look at how quickly everyone forgot about iTunes Radio to see that. Of course, Apple will likely be pushing this service much more prominently, but it'll still have to convince its customers to move from buying singles that they already enjoy to streaming anything and everything (and paying regularly to do so).

Apple opened the iTunes Music Store 12 years ago. Between that and the iPod, it quickly redefined how we bought and listened to music. Apple Music could be a second act — Apple wants so badly for it to be one. But on day one, it's hard to say that it's revolutionary. Although, Apple Music does have one big thing going for it: come June 30th, it'll be sitting inside millions of iPhones. That’s not a bad feature to bet on.