I never wanted a scooter until I met the Gogoro

The Gogoro Smartscooter is as adorable as it is technologically advanced

I was in Taipei this past week, hunting for the coolest and most futuristic new technology to be exhibited at the 2015 edition of Computex, Asia’s preeminent tech show. Little did I know, however, that the most exciting thing I’d find in the city wouldn’t be at Computex at all. A few minutes’ walk to the east of the exhibition halls is the Gogoro Experience Center, a sparsely decorated store dedicated to showing off the upcoming Gogoro electric scooter.

The first time I, and most of the rest of the world, heard about Gogoro was at CES this January. It was a triumphant debut for a company formed by a splinter group of former HTC designers and engineers that had been operating in stealth mode for four years. The Gogoro Smartscooter earned The Verge’s Best in Show award and was universally hailed for its ambitious, potentially revolutionary vision for fast battery swaps and independence from the dreaded long recharge times. As exciting as it was to read about those things, though, it wasn’t until I saw the Gogoro in person that I properly understood its appeal. 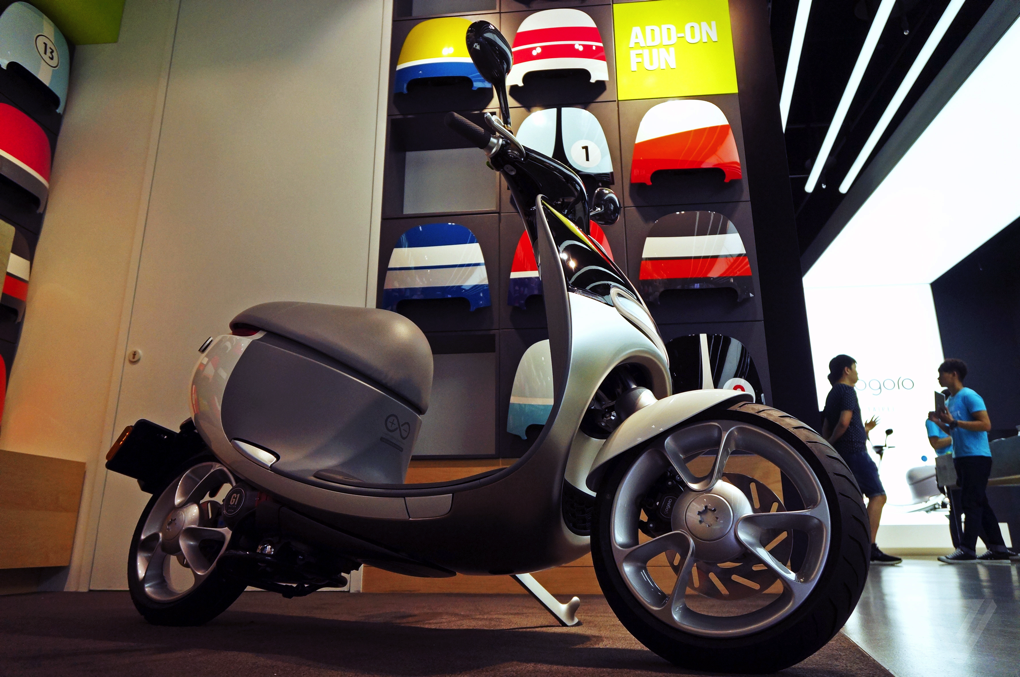 Everything about this scooter has been thought out. Every design decision feels right. The roundedness of the Gogoro gives it a friendly appearance, but it also helps it accommodate a full-size helmet alongside the two batteries in the storage compartment under its seat. A Bluetooth dongle acts as the key to unlocking the scooter and there is, of course, a big "GO" button in the middle to get you up and running. All the little design touches, like the small winglets that pop out on the sides for a passenger to step on to, just add charm and humanity to the Gogoro.

As I walked around the Experience Center, all I could think was that this is how I’d run a business of this kind. The store is stripped down to the essential basics, eschewing unnecessary decorations to put the scooter front and center. It’s young, hip, clean, and simple — just like the product it’s trying to sell. Potential customers can either mount the demo Gogoro units stationed around the Center or ask for a test ride out on the streets of Taipei. Gogoro’s Jason Gordon, one of the HTC alumni on the team, tells me that no one else offers this sort of personal touch when it comes to buying scooters. They’ve been a commoditized industry for a while — where innovation has been supplanted by iterative updates — and he sees a lot of potential for Gogoro to stand out with the friendliness of its service. 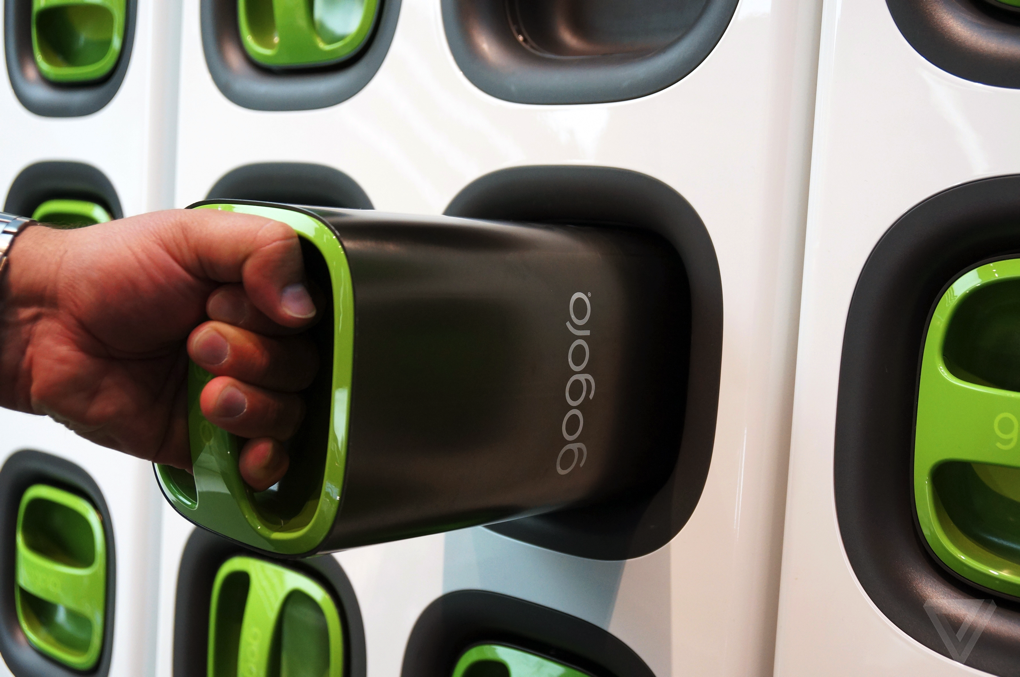 That’s the thing about Gogoro, it’s about a lot more than just the scooter. The purchase of one of the company’s Smartscooters is just the beginning of a relationship. Starting with Taipei this summer, Gogoro will install battery-swapping stations all around the cities in which it operates, freeing you from the need to recharge anything yourself. And those stations are as cleverly designed as everything else from the company. The only way to take a battery out of them is to put your old one in, at which point the system selects the best battery — in terms of current charge and number of charging cycles it’s been through — and pops it out for you automatically. Each battery is then associated with your scooter’s serial number in Gogoro’s systems, meaning that if it’s ever stolen, the thief would be immediately identified the next time a recharge is needed.

This is the Internet of Things you actually want connected

Gogoro is building up an impressive electronic infrastructure as well. The company runs diagnostics of both the scooter and the battery when the latter is plugged in, plus it also does periodic tests via an associated smartphone app. It’s the sort of Internet of Things project where you actually want the thing connected because it helps you — to find the nearest station with ready batteries, for example — instead of because it’s the hot new trend in tech.

I’m also a fan of Gogoro’s plans for the batteries after they’ve served their useful number of charges. The company rates each battery to last for 2,000 recharge cycles, but expects to lose 20 percent of the original capacity after a quarter of that usage. So, after 500 cycles, Gogoro batteries are taken out of circulation — in order to ensure reliability for users, who are told to expect a 60-mile range from a pair of fully charged batteries. The discarded batteries will then be repurposed to help power data centers, home appliances, and offices. A good example is energy time-shifting: charging up the batteries at night, when the price of electricity is lower, and then using them to power something like a refrigerator during the day. Once that second life is over, Gogoro’s aim will be to give the batteries away to impoverished areas around the world where people have no easy access to electricity. 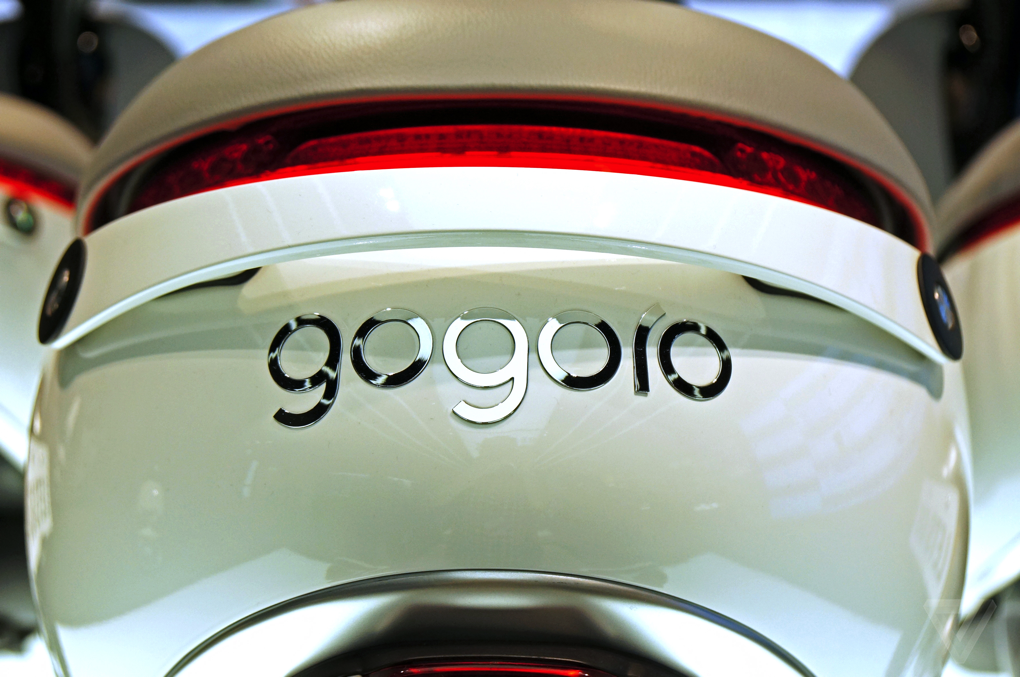 It’s unusual for me to be so singularly enthusiastic about anything, but unlike most new technology products, the Gogoro doesn’t have many obvious weaknesses. Of course, its price could be prohibitive — whether for the buyers, who will have to pay a subscription fee for unlimited battery swaps, or for the company, which will need to spend lavishly to ensure its recharge station coverage is dense enough. And if Gogoro’s battery network lets you down, you don’t have the easy option of plugging the scooter in at home. But just this once, I’d prefer not to curb my enthusiasm.

The Gogoro Smartscooter is a beautifully and thoughtfully designed piece of mobile technology. It has the potential to do for electric scooters what Tesla did for electric cars. And guess what, it rides like a dream too! I only got to try it briefly in the nearby parking lot, but it was enough to impress me with its instant torque and easy control. The Gogoro is the most interesting and exciting new thing we can look forward to in the near future, not least because — if all goes to plan — it could help shape the distant future as well.