Who Won Comic-Con? Day 1: The Hunger Games dominates, and Street Fighter gets booed

Who Won Comic-Con? Day 1: The Hunger Games dominates, and Street Fighter gets booed

How is anyone supposed to compete with a video game that comes with its own beer fridge?

Comic-Con International finally kicked off on Thursday, packing the halls of the San Diego Convention Center until the festival overflowed onto the streets of the Gaslamp Quarter. Outside, attendees wandered through parkour courses and selfie stations and "escape rooms" as brand-wrapped buses and streetcars rumbled by. Inside, thousands of people lined up for the day's biggest attraction, a Hunger Games panel in the cavernous-but-never-big-enough Hall H — many of them giving up a night's sleep so they could be there when Jennifer Lawrence touched Josh Hutcherson's face.

But not everyone was lucky enough see that moment in person, friends, because Comic-Con is a callous game from which emerge both winners and losers. For every Cumberbitch who makes it into Hall H to hear his favorite actor deliver a prerecorded video message promoting the upcoming Sherlock Christmas special, there's an anguished Whovian collapsing in despair as the trailer for series 9 makes its world premiere while she's still half a mile back in line.

And that's nothing compared to the pressure faced by brands, who pay hundreds of thousands of dollars on their Comic-Con stunts and spend four days flogging them relentlessly to their fans. If you're attending Comic-Con, the thinking goes, you're the kind of person who is seeing their movies on opening weekend, buying Blu-Rays of their television shows, and preordering downloads of their video games. They're going to try to milk you for billions, if only they can whet your appetite for the content to come. Comic-Con is an effort to trigger a stampede of influencers. It's the running of the bulls, but for marketing.

By now you've seen Thursday's trailers and memorized the release dates, but still a question gnaws at you: who is winning Comic-Con, and who is losing? We spent all night crunching the numbers, and are happy now to share the results. 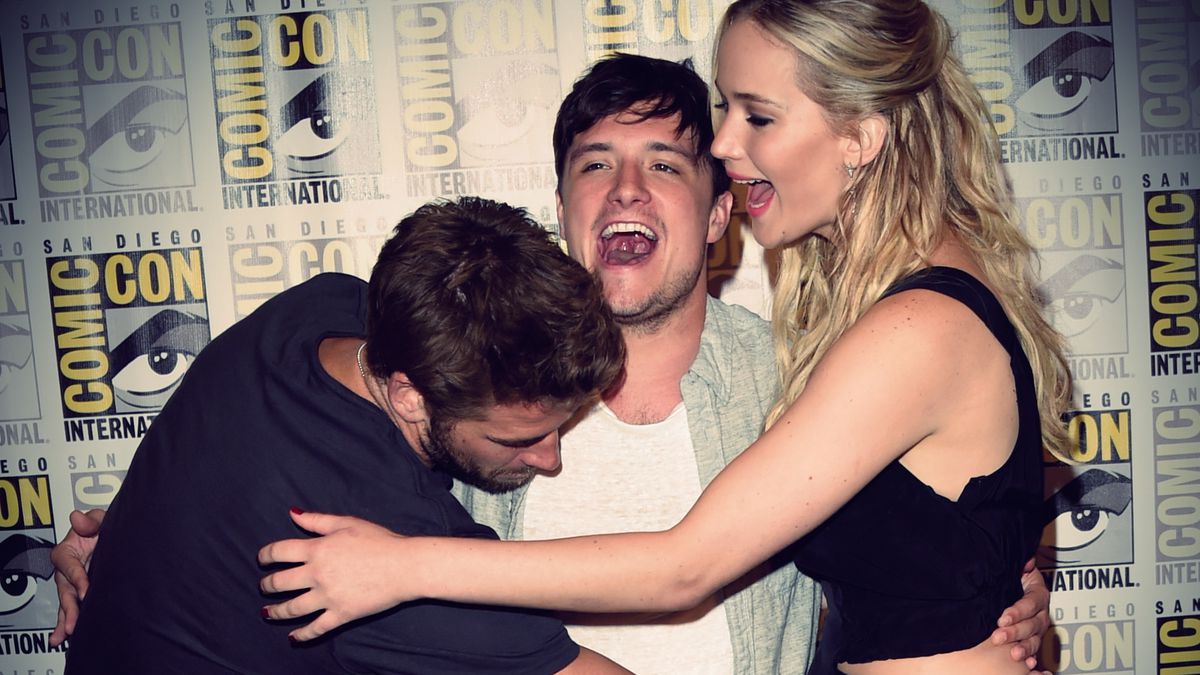 WIN: Thursday opened strong with Lionsgate's panel for The Hunger Games: Mockingjay — Part 2, the final dystopian gasp of the franchise. A new trailer was shown featuring **explosions** and a sense that the series was returning to action after the grim, plodding Mockingjay — Part 1. It hasn't hit the internet yet, but Verge reporter Kwame Opam certified it as dope from his seat in Hall H.

The trailer was followed by a genuinely strange Q&A with the cast, which Conan O'Brien moderated as Josh Hutcherson made squirrel noises. Team Coco's involvement makes it likely that highlights of the panel will be broadcast on one of Conan's daily broadcasts from the convention, the sort of buzz-building content synergy that's gonna move some Fandango tickets come November.

LOSS: Next up, Hall H delivered a taste of the upcoming season of Doctor Who, the long-running BBC show watched by all the least sociable kids in your dorm. Doctor Who is the kind of show that never seems to create new fans, but rather exists to inflame debate among seasoned experts as to who the best "doctor" and "companion" were. The teaser trailer showed off fractional glimpses of episodes from the coming season, all of which indicate the series' lo-fi camp value has continued into this, its 52nd year. "I'm the doctor, and I save people!" bellows our current Time Lord Peter Capaldi in the trailer, which makes one long for the relative catchphrase sophistication of the Teenage Mutant Ninja Turtles' "Cowabunga!"

LOSS: Across the way in a lesser hall, Street Fighter fans were getting a first look at some new characters. The venerable 2D fighting game went hilariously out of its way to "confirm" that Ken will be in the forthcoming Street Fighter V, which is a little like "confirming" you've included Bart Simpson in your new Simpsons video game.

But in my favorite moment of the day, a Capcom executive announced an upcoming crossover comic book in which Street Fighter supervillain M. Bison will team up with G.I. Joe's hated Cobra Commander to seize control of the world, an announcement which was lustily booed by an audience that appeared to be on the brink of throwing things. It was an important and necessary reminder on the first day of Comic-Con that brand synergies are fragile, dangerous compounds that can explode on you at any time. Do I have to remind you what happened when Scooby Doo met the Harlem Globetrotters?

WIN: Happily, Call of Duty, the world's most profitable cross-platform murder simulation, appeared on stage next for the kind of killer crossover that Comic-Conners can rally behind: brain-eating zombies. Shadows of Evil is a zombie-themed adventure from the upcoming Call of Duty: Black Ops III, and as the lights dimmed for Activision's world premiere of the trailer, the disaffected teen next to me illicitly Snapchatted the screen and told his friend nearby that he found the presentation "sick" — a huge brand win in the game's core demographic.

And that's to say nothing of the game's Juggernog Collector's Edition, which comes with a functional mini-fridge that holds 12 cans of beer. A video game that comes with a goddam refrigerator: that's some next-level, brandfluential content leadership, and it cemented Call of Duty into a bona fide Comic-Con winner.

And props to the woman in the wheelchair dressed as Batgirl — a real-life Barbara Gordon, a combination Oracle and Batgirl. I did not get a picture of her, but please do imagine her, for she is the beating heart of this place, and I shall remember her always.

See all of the San Diego Comic-Con news right here!

Verge Video: This is the digital age of comics