I own a Surface RT, it has been dog slow the last few months. So this weekend I decided to blitz it and do a fresh install of Win RT.

I downloaded the recovery OS from MS and booted from USB. 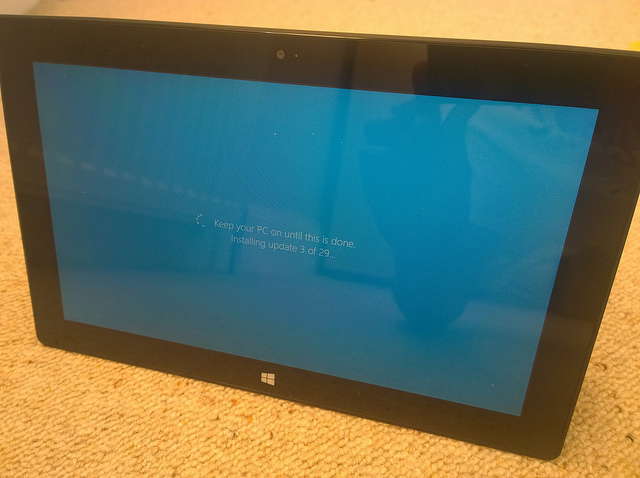 +28 hours later I am still no closer to having a working Surface RT. The first update check identified 60 critical updates (approx. 1GB)...these all eventually installed after a few hours.

I then did another forced update check. This identified a further 20 critical updates (~300 MB).

Few hours later I did another update check and got another 29 updates (~500MB) to install !!! I left it running overnight hoping all would be done when I woke up in the morning but NO. I awoke to find the update process had frozen on num 3. NOOOOOOO!

UPDATE: The 29 updates finally installed....I thought that would be the end of it but I just did another check for updates and you wont believe it. It come up with an additional 100 important updates to install !!

The following screenshot scrolls for another 5 pages in vertical orientation. 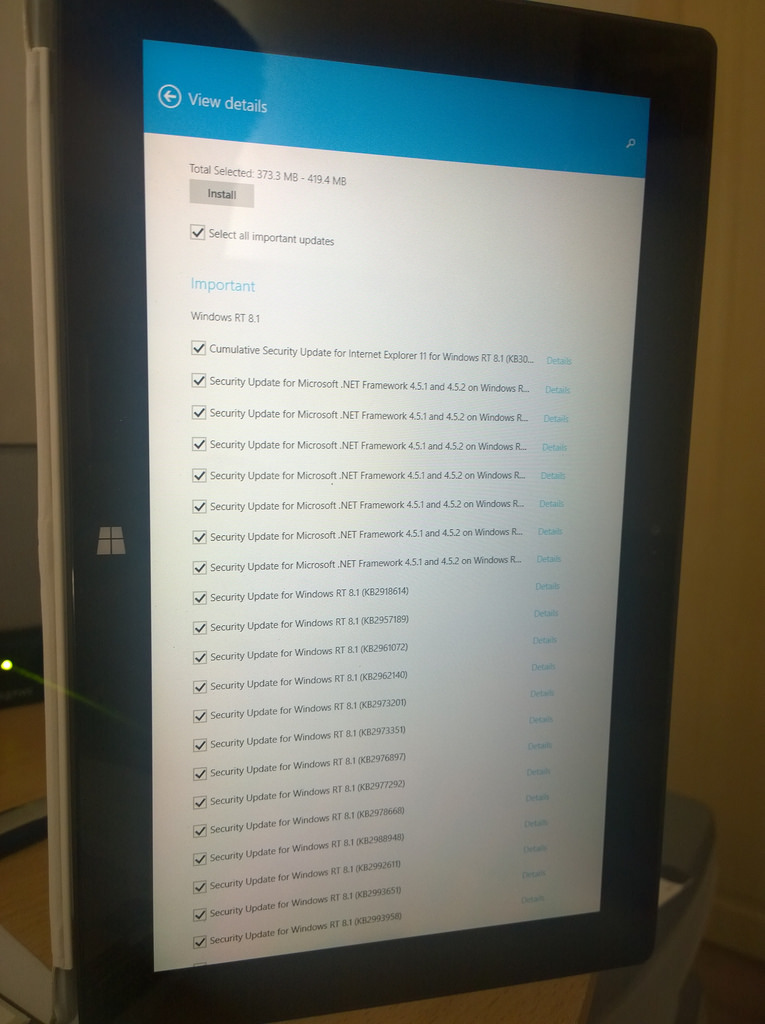 Seriously MS, is this some kind of joke? Why would you put a user who already has a slow computer under the pain of and wasted time of installing so many updates?!

When MS offers a recovery OS why cant they wrap up all the latest updates to create a base build so users don't have to go through this pain when restoring their PC?

THANKS FOR CRIPPLING MY Surface RT MS.