Marvel's Ant-Man comes out tomorrow, which because the entertainment industry is weird means screenings actually start tonight. I posted my review last week, but it's hard to dive into certain plot details and spoilers without giving the game away for those that have yet to see the film. Instead, I've created this thread where we can talk about Ant-Man: what you thought worked, what didn't, and where we can discuss that post-credits tag without upsetting anyone.

Alright then, consider this your final warning: there be spoilers ahead! 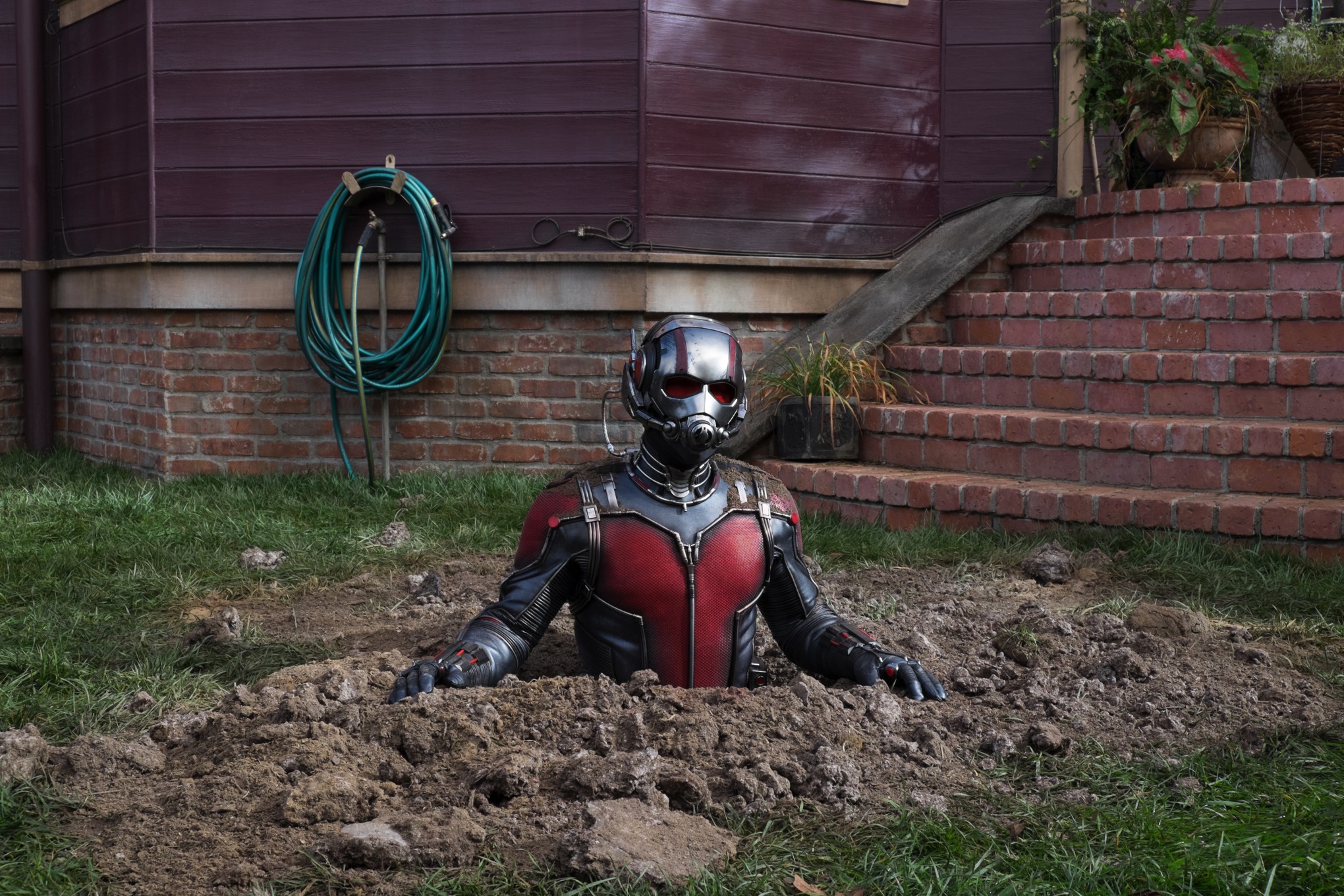 I have to say, I am still shocked by how much I enjoyed this movie — and I value it even more after having seen how serious all the DC footage was during Comic-Con. But the tonal shift with the end credits tag gave me whiplash. Handheld! Gritty! Cap! Bucky!

It clearly seems to be footage shot by the Russo brothers, but it's unclear if it's literally a scene pulled from Civil War — it certainly could be, given that we're jumping in with Bucky in custody after vanishing at the end of Winter Soldier, and the feel-good vibes at the end of Age of Ultron have vanished — or a simple tease that was shot during production of that movie, but either way it's setting the stage for where things are going.

Also, if they are going this dark and this grim, just how exactly is Scott Lang going to fit into it all? In Ant-Man, the character only works because he's an ass. It's why we're along with him in the first place, and transporting that to something as dark as Civil War seems... iffy?

Case in point: Ant-Man's fight with Falcon. Falcon loses, and more or less looks like a fool by the end of it — you know, because he's getting beaten up by a tiny invisible dude. It's ridiculous. It has to be ridiculous; you can't take it seriously, or else it becomes even more ridiculous. So how do you put that character in the same frame as Tony Stark and actually have it play?

The other real question: how long is it going to take Marvel to actually deliver on that Evangeline Lilly mid-credits scene where she's given the Wasp suit? From what we know so far, she's not in Civil War, so are they going to keep her on the back-burner until Avengers: Infinity War? Until Ant-Man 2 (should it warrant a sequel)? Or is it just one more example of Marvel showing that they could have a capable female action hero... but they just don't feel like it?

Have at it — comments are open.