Thirty years ago, Back to the Future was released and became an international phenomenon. To celebrate this anniversary, Universal is re-releasing the film along with its two sequels on Blu-ray and DVD. Better still, the studio is also bringing the trilogy back to movie theaters. On October 21st, 2015 (the date that Marty and Doc travel to in Back to the Future Part II), the films will "go back to the big screen," says Universal. At this point in time (ha!) there's no word on how widespread the release will be, but the film studio says that fans should "check local listings for show times."

Catching a movie on the big screen is obviously a great experience (especially if you've not seen it that way before), but the new Blu-ray and DVD editions of the trilogy should also attract some fans. They're being released the day before the films hit cinemas on October 20th along with all 26 episodes of the Back to the Future animated series. The full bells-and-whistles box set (Back to the Future: The Complete Adventures, DVD and Blu-ray) will include the animated series, the three main movies, a 64-page book, light-up "Flux Capacitor" packaging, Looking Back to the Future, and hours of additional content. Great Scott! 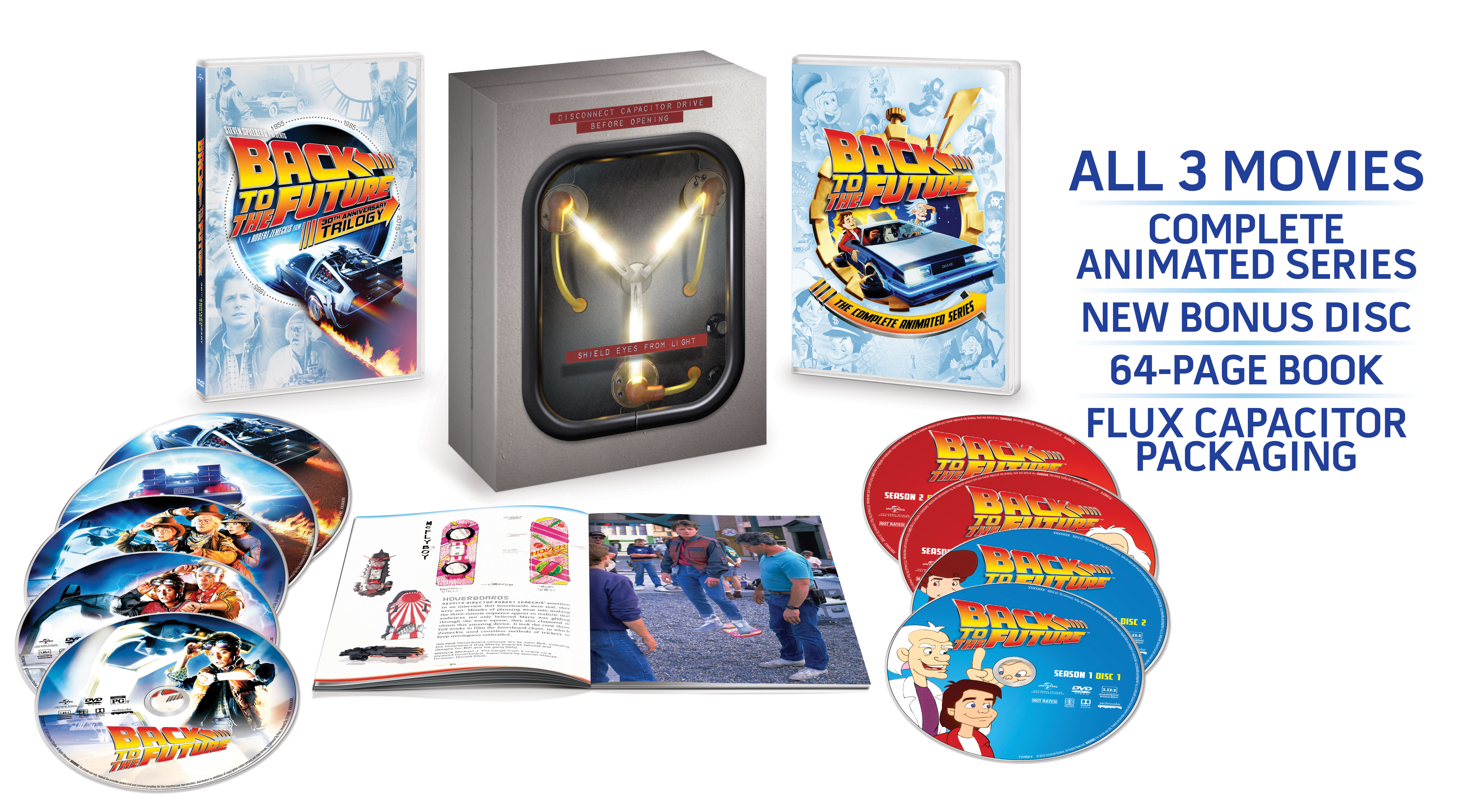 The Back to the Future: The Complete Adventures box set. (Universal)