It doesn’t even have a USB port

“We’re walking into the cipher phone age." That's the way Turing Robotics Industries CEO SYL Chao introduces the Turing Phone, an Android smartphone that aims to put security, durability, and fashion above all else. In a myriad of ways, the Turing is anything but your typical phone. There's no headphone jack, and the thing doesn't even have a USB connector. Instead, you charge it with a plug that looks like a clone of Apple's MagSafe.

But Chao would have you believe that the Turing Phone makes up for these unconventional design choices in other ways. First off, the device's frame and exterior chrome are made of "liquidmorphium," or liquid metal, which is claimed to be stronger than steel and titanium — and impervious to bending. The reflective qualities of liquidmorphium are unique, and Chao likens the mirror-like appearance to a skyscraper. "There’s always a new material that sets the stage for the upcoming era," he says. 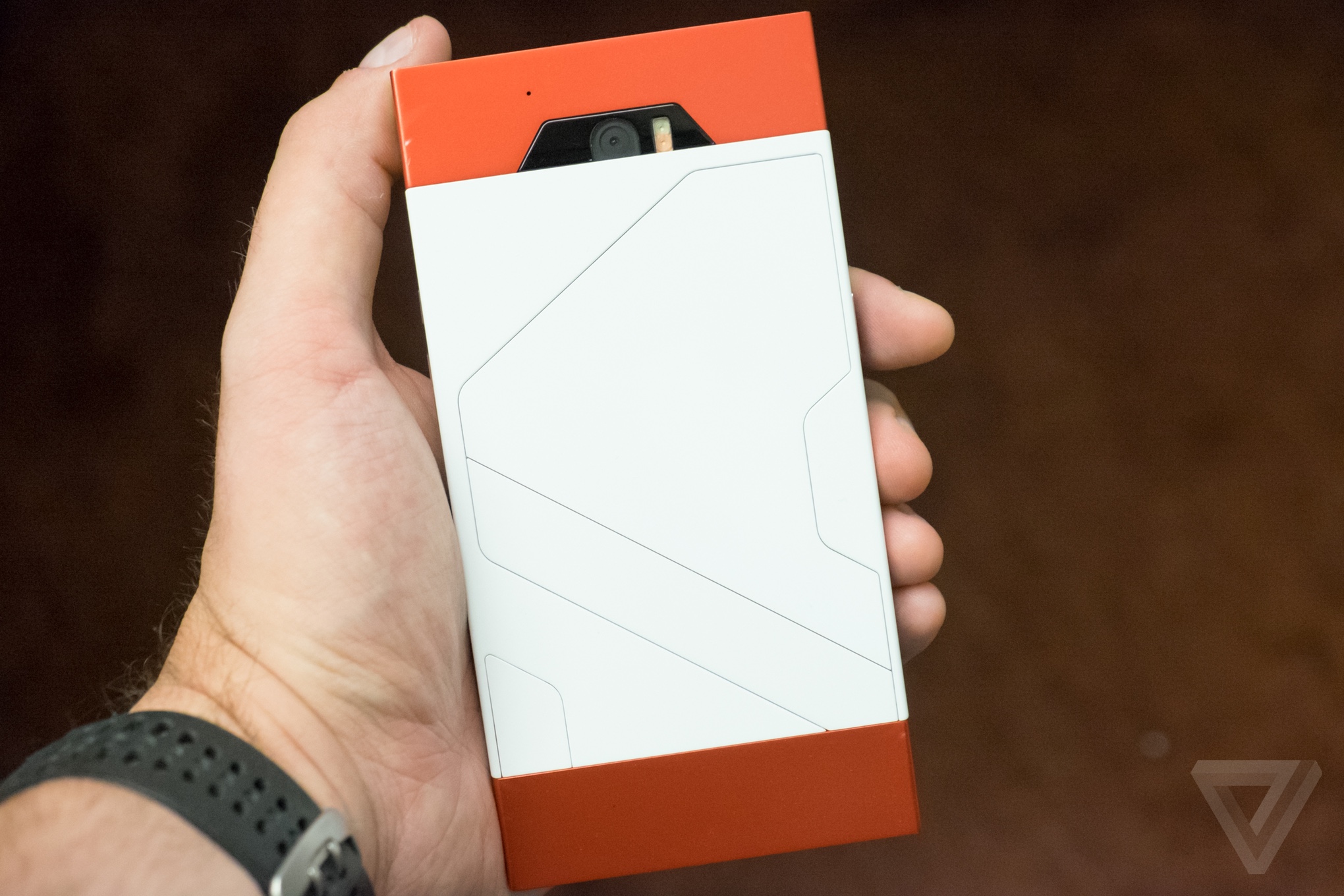 That "era" is one in which companies make security, encryption, and safeguarding your data their top priority. "Consumers shouldn't have to worry," Chao says. But so far, even after the Snowden disclosures, most consumers still aren't in the mindset where they'd seek this kind of thing out. The standout feature of Turing, according to Chao, is the Turing Imitation Key. Rather than rely on third parties for authentication and encryption duties, Turing Robotics has built its own end-to-end, decentralized authentication scheme that is fully functional offline since it relies on your phone's private key.

"It changes the paradigm completely," Chao says. This makes it difficult for outsiders to intercept or compromise your messages and sensitive data contained in Turing's apps, though Chao admits nothing is uncrackable. "If they put 10,000 men on the machine, surely they can crack it." As it's based on Android 5.1, the Turing still allows full access to Google Play and popular apps. No one would bother with it otherwise. The unfortunate custom skin you see in the images below isn't final; Chao says the finished interface will differ substantially. Still, potential buyers will probably want to install a custom launcher.

waterproof and made from liquid metal

The Turing is also fully waterproof thanks to a nanocoating that shields its internal components. It can survive dunks in the pool and most submersions without issue. Those internals aren't top of the line, however; the Turing is powered by an aging 2.5GHz Snapdragon 801 chip and features a 5.5-inch, 1080p display that falls short of today's big-brand flagships in terms of sharpness. But Turing Robotics isn't Samsung, and in fairness the screen looked fine.

Around back is a 13-megapixel camera, non-removable 3,000mAh battery and integrated NFC chip. But in yet another far out, strange idea, the phone comes with a built-in cryptocurrency called Turing coin. Chao says the device could appreciate in value if it somehow catches on. That sounds like a dream, which is maybe something you can say about this entire project. Is anyone actually going to buy this thing? Chao seems to think so, and there are even plans to open a New York City retail store next year. That makes this seem more like a Vertu rival than a true mainstream gadget, but Chao disagrees. "This is mass market, but geared towards the designers and fashion-consious individuals. The elite." If you think you fit that bill, you'll be able to preorder the Turing Phone starting July 31st for $610 (16GB), $740 (64GB), or $870 (128GB). 10,000 of them will be made to start.

There's no shortage of reasons why this product may fall on its face. Google already has an enormous security team working every day to keep Android safe, and here you're trusting a lesser-known company with protecting some of that data. And then there's the missing headphone jack and weird charging port, two hardware decisions that will almost definitely prove too inconvenient for users. But at the very least, it's interesting and fun to see something this out of the ordinary pop up amid the regular rotation of smartphone announcements. Don't count on it kicking off the "cipher age," but it's still intriguing.

The Turing Phone's "Beowulf" color option features a purple, black, and gold design.
Most Popular
From our sponsor
Advertiser Content From