This could be Samsung's big and curvy Galaxy S6 Edge Plus

This could be Samsung's big and curvy Galaxy S6 Edge Plus

Source All About Samsung | Via Engadget

German Android fan site All About Samsung has posted images of what appears to be Samsung's Galaxy S6 Edge Plus, the upcoming super-sized version of the company's curved S6 Edge flagship. The S6 Edge Plus looks to be around the same height as the Galaxy Note 4, but slightly less wide, its curved screen reportedly clocking in at 5.7 inches — much larger than its baby brother's 5.1-inch display.

Full technical specifications are yet to be released, but details apparently leaked earlier this month suggest the phone will have 32 GB of storage, 16-megapixel rear and 5-megapixel front cameras, and will run Android 5.1.1. The new device is expected to launch alongside the Galaxy Note 5 on August 12th, in an apparent bid by Samsung to avoid competing with Apple's new slate of iPhones, likely to arrive in September. If these leaks are accurate, the S6 Edge Plus would be a curvier alternative to Apple's iPhone 6 Plus, and future phablet-sized iPhones. FCC filings made last week appear to confirm that Samsung's new model will be coming to the major US carriers, including T-Mobile, AT&T, Verizon, and US Cellular. 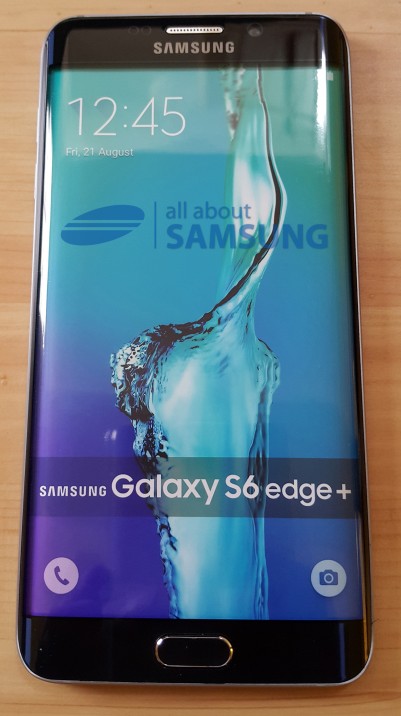