FIFA 16 will finally add female players to the long-running video game series, but they won't just be in the game: they'll also be on the cover. EA announced today that the North American versions of the game will feature female stars on the box; in the US forward Alex Morgan will be on the cover, while team captain Christine Sinclair will do the same in Canada. Also featured on the cover of both versions will be venerable Barcelona star Lionel Messi. 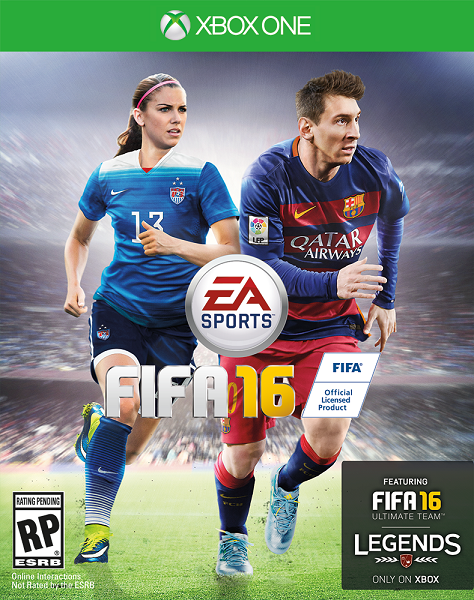 EA announced the addition of playable women's teams back in May, just ahead of the Women's World Cup, which kicked off in Canada in June. That event proved to be a big draw, especially in the US; the final match between the US and Japan saw an average audience of 24.4 million viewers, a record for a soccer game in the country. "This year's World Cup showcased the unbelievable talent and skill in women's soccer," Sinclair said in a statement. "I'm thrilled that EA Sports is celebrating female athletes in FIFA 16."

According to FIFA series head David Rutter, the reason women hadn't been in the game previously came down primarily to technology. "We needed to have tools and technology in place that could differentiate between men and women," he said in June. However, their inclusion is relatively limited, with only a dozen national teams available, compared to literally hundreds of mens teams, across both national and professional clubs.