The battle against antibiotic resistance just got worse

Bacteria become resistant when they encounter antibiotics in their environment in doses too small to kill them. This encounter allows them to adapt to the drugs in ways that help them survive larger doses later on. And that's a big problem. In the US alone, the cost of treating resistant infections is $21 billion each year. And unfortunately those treatments aren't always successful; each year, antibiotic resistance causes 2 million annual illnesses in the US — and claims about 23,000 lives.

The resistant strains were more infectious

But here's the thing: until recently, scientists thought they knew how to reduce this global threat. If they could convince doctors and farmers to stop automatically administering antibiotics to their patients and livestock, respectively, researchers might be able to bring back old, drug-susceptible strains. And because these strains didn't suffer the cost of adapting to antibiotics, they would be able to outcompete resistant strains, killing them off in the process.

Now, it seems that this scenario might never play out, which means that getting rid of certain species of resistant bacteria will be a lot harder than scientists thought.

In the study, researchers inserted mutation-causing DNA into a bacterium called Pseudomonas aeruginosa — a common cause of multidrug-resistant lung infection. The process resulted in the production of over 300,000 different mutant bacterial strains. Then, the researchers infected mice with each of these strains, all at once.

The ensuing experiment was a battle royale of sorts, where the scientists tracked which strains outcompeted the others. Then, to make sure that the strains that had overtaken the mouse weren't getting a boost from each other, the researchers pitted a single mutated strain against the original unmutated bacteria by infecting mouse lungs with both strains at once. Thanks to this approach, the researchers were able to determine that mutations that convey resistance to antibiotics don't weaken a strain — they actually make it fitter. 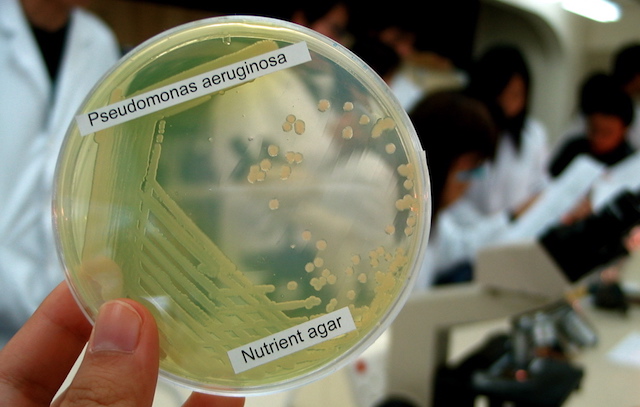 The researchers repeated the mouse experiments using Acinetobacter baumannii, another common cause of hospital infections. They also used rabbits to test their findings with the cholera-causing Vibrio cholera. In both instances, they found the same results: the mutations that caused resistance also made the strains stronger and deadlier.

The study is "convincing — at least for these strains," says James Johnson, an infectious disease researcher at the University of Minnesota who didn't work on the study. "It's not entirely surprising that some mutations that lead to resistance enhance rather than reduce fitness, but surprising that nearly every mutation they studied had this effect."

The results don't demonstrate that every single species of bacteria becomes stronger post mutation. Scientists already have solid evidence that a specific resistant mutation in the bacterium that causes tuberculosis weakens its ability to spread and infect other organisms. But the researchers who conducted this latest study say this result was only obtained for a particular mutation, so it's unclear if other resistant mutations that arise in that species might also cause the strain to be less infectious.

Some bacterial species really are weakened by the resistant mutation

"We think both situations are possible" — depending on the bacterial species in question, explains David Skurnik, a microbiologist at Harvard University and a co-author of the study. Philip Salvatore, an epidemiologist at Johns Hopkins who didn't work on the study, agrees. "There is certainly good evidence that some pathogens will revert back to drug susceptibility over time, but there are just as many exceptions to the rule," he says.

Bacteria continue to develop new mechanisms for resistance, and humans are playing catch-up, Skurnik says. And as this latest study shows, simply changing the way doctors and people in the meat production industry use antibiotics won't be enough to fight off certain strains of resistant bacteria. Other interventions will therefore have to be developed.

"The final take-home message of this and similar other studies is that we cannot assume that drug-resistant bacteria will simply go away on their own over time, with or without new drug development," Salvatore says. "Some drug-resistant bacteria may die off on their own; others may cause more severe disease, may be more contagious, and are certainly more difficult to kill."