Over a quarter of people in the US expect to leave the doctor's office with a prescription for antibiotics when they come in because of a cold, a viral infection that can't be treated using antibiotics. The findings, published today by the CDC, paint a gloomy picture of improper use of antibiotics in the US.

Antibiotic resistance is widely considered to be among the biggest threats to humans worldwide. In the US, $21 billion are spent each year to treat resistant infections. But those treatments don't always work. Every year, antibiotic resistance in the US causes 2 million illnesses, claiming 23,000 lives. Antibiotic resistance surfaces when bacteria encounter antibiotics in their environment — a human gut, for instance — in doses that are too small to kill them. There are many reasons why that might happen; livestock farming practices that rely heavily on antibiotics are certainly to blame. But resistance can also arise when people don't finish a prescription, or when they use antibiotics that have expired and are therefore less effective. That's why assessing how people use antibiotics in the US is so important; it's a crucial step in reining in resistance.

A total of 7,546 US consumers answered an internet survey — 1,000 of which were Hispanic — in 2012 and 2013. The researchers also received answers from 1,503 health care providers. By analyzing these answers, researchers found that about 26 percent of patients expect to obtain a prescription for antibiotics when they visit the doctor for a cough or cold. And a little over half of health care providers think their cold-afflicted patients expect antibiotics.

"Provider perception of patient expectations for an antibiotic is important, because it has been shown to be a reliable predictor of overprescribing," the authors of the report write. In other words, if a doctor thinks antibiotics might assuage a patient's worries, they may be more likely to prescribe them — even if the drugs won't do a damn thing.

Race and culture also had a large impact on antibiotic use. The researchers found that Hispanic people are three times as likely to use antibiotics without a prescription — say, by using drugs left over from a previous illness — compared with the general population. And close to half of Hispanic people think that antibiotics can help reduce cold symptoms, compared with a quarter of all survey respondents.

Hispanic people were more likely take antibiotics without a prescription 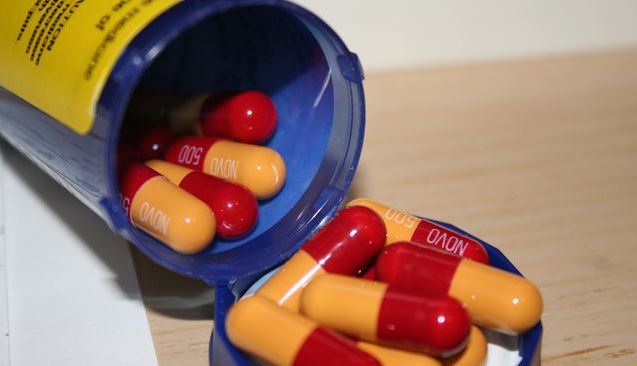 The report's findings weren't all bad. Over 90 percent of health care providers said that they were most commonly deterred from prescribing antibiotics because of the risk of antibiotic resistance. The authors also note that when patients visit a health care provider because of a cold, 42 percent of them did so because they wanted reassurance that, presumably, they were going to be okay. And 60 percent of Hispanic people expected suggestions for symptom relief. That suggests that a few reassuring words from a doctor or nurse might be just as satisfying as a prescription for antibiotics.

Most respondents were non-Hispanic

Finally, the researchers only surveyed people with a phone line, a stable address, and sufficient literacy (if needed, computers and internet were provide to respondents). Given that 14 percent of the US population is considered illiterate, that means that a significant portion of the population wasn't asked about how they use antibiotics.

The differences between Hispanic people and the entire population of respondents highlights the importance of considering cultural factors in public health messaging. And in general, the study indicates that a doctor who reassures patients and provides symptom relief might help reduce people's expectations for antibiotics. Nothing is that simple of course — there are a number of social and economic factors at play here — but the survey does demonstrate where government officials and health care providers can make the most impact.