The other night, my Apple Watch buzzed right as I sat down for dinner. I had just finished cooking, cleaning, and setting the table, and there it was: Tap Tap. "Time to stand!"

Activity tracking is one of the most exciting things that wearables and smartwatches can do for us. But it's also something that they still need to work at. When I got the Apple Watch, I was excited to measure how much (read: how little) I was moving each day, but its activity tracking has quickly turned into something entirely different for me.

That's because, Tap Tap, one big piece of the Apple Watch's activity tracker is kind of wonky. As in, it doesn't really work — but it also doesn't work with such incredible regularity that it actually helps me to tell the time.

The Apple Watch is supposed to track three things each day: how long you've exercised, how many calories you've burned, and how often you stood up. It's that last one that starts to get weird. The Watch challenges you to stand up at least once during 12 different hours in a single day. It sounds simple, but you'd be surprised at how lazy we all really are.

The Watch really makes you work to meet its standing goal, too. Hanging around my standing desk for an hour doesn't count. Even walking around my apartment cooking and cleaning won't always set it off. You have to get up, walk an appreciable distance, and only then will it give you credit.

The way you know that either you or the standing tracker is failing is that the Apple Watch will alert you with a pair of taps and a message — "It's time to stand!" — if it thinks you haven't stood up in a while. And more often than not, I get this alert whether I've been standing or not. At first I found it frustrating — I wanted credit for the incredibly basic activity I'd completed! — but eventually I started to find its failures oddly helpful.

The standing reminders, it turns out, are perfectly reliable: they always come at 10 minutes before the hour. I don't get all that many notifications sent to my Watch, so whenever I feel those two taps, it's easy to tell when they mean that another hour has almost passed. 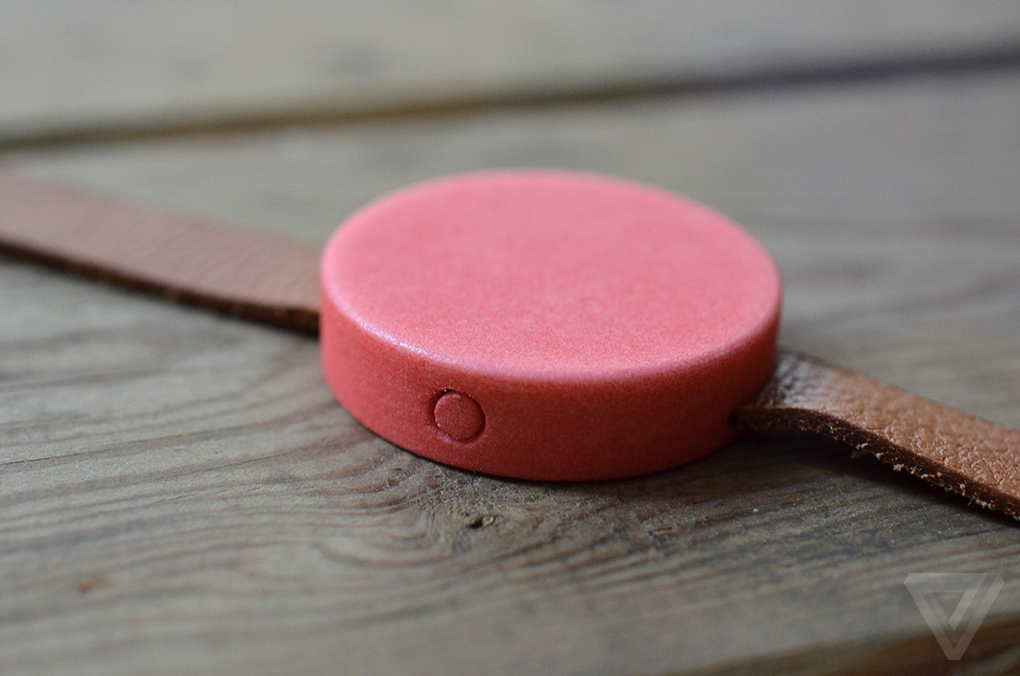 Using the standing reminder this way has turned my Apple Watch into light version (or maybe a hyper-intelligent version) of the Durr, an odd watch that came out last year with no face on it. Made by a pair of designers, the Durr lightly vibrates every five minutes, and that's it. It doesn't tell you what time it is. It just tells when that time is passing. Wearing one is an interesting experience — sometimes you just entirely ignore its vibrations, but other times they'll shake you out of a trace and really get you moving. Time is passing. You need to get things done.

This is far from the high-tech health feature that Apple dreamed of, but it's also probably the best way to deal with the odd side effects of a confused computer strapped to your wrist. Getting a vibration once an hour on the Apple Watch isn't quite as meaningful as feeling the Durr's vibration every five minutes, but it still delivers a sliver of that same sensation. Not only does the standing reminder's regular pair of taps serve as a signal that time is passing, it's actually able to tell you the time. There are 10 minutes until the next hour begins: Maybe you have a meeting. Maybe something's due. You might want to wrap up what you're doing and move on.

Speaking of which — Tap Tap — I'd better wrap this up. I'm supposed to be somewhere soon.