Rise to the Surface - Potential TL;DR fodder ahead! :D 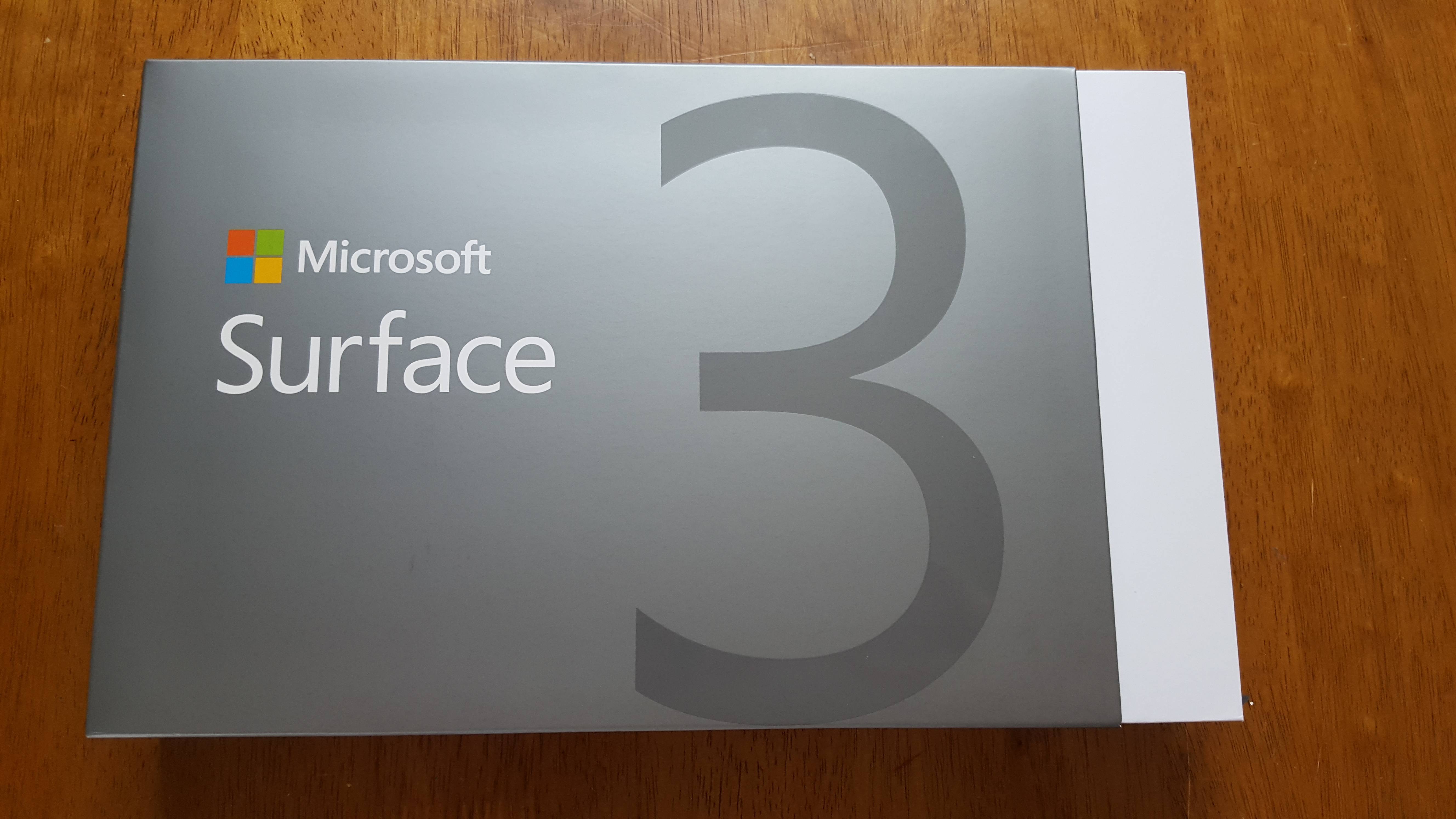 Yesterday marked another step into the Microsoft world for myself, someone who pretty much used Google services exclusively historically with the purchase of a new Microsoft Surface 3 with a Type Cover.

I never saw this coming but I've been moving more and more towards Microsoft's services as they offer some of the best in value and capability out of all the main players today in my opinion and it's those strengths that have enticed me to switch.

So, what's changed for me exactly?

My wife and I both used to use Google Drive paid subscriptions but, with the offering of Office 365 and the sheer value of having the family plan shared with my family it was a no-brainier to switch. The value of the storage alone was great but the addition of the Office suite of applications for all those that I've shared it with (up to 5 PC's) is like an added bonus.

Add to this the ease in which I can use the Onedrive app on my iPhone (and my recently purchased Samsung Galaxy S6) with auto camera backup and all is golden.

I've started to use my ancient Hotmail email address again and my Outlook alias. Outlook email synchronisation on iOS is far better than GMail in the iPhone mail.app thanks to EAS and works effortlessly on my new S6's mail application. I've exported my data from Google Calendar and Contacts and was set up with Outlook in no time at all - the switch was simple to perform.

This is quite a big move for me but I've started using Bing more and more thanks in part to Siri and I've set Bing as default in Chrome on Android/Windows and Safari on my iPhone to have it on all my devices. I'll say it now, Bing isn't perfect, there are simply times I have to copy and paste my searches into Google to get what I want but seeing as Google know me so well they do have a good few years of search data on me to guide me to what I want.

I plan to keep plugging away at Bing to see how it goes and expect things to improve in future.

I was an avid Google Music user but, like so many others that like to switch devices, I soon hit the 10 device activation limit so I abandoned it as I couldn't be bothered to deal with Google support to get my device list cleared. This may be a trivial thing to do but I doubt it'd be long until I hit that limit again and have to go through it all again so I've come to the conclusion to give it up.

I'm eventually going to upload all of my music to OneDrive to stream my songs from there but, for my whole families use we do have a Plex server set up and that does the majority of our media streaming. For now, local music on my devices and streaming via Plex is the best solution.

I definitely want to give Cortana a try on my iPhone and S6 to see how it does on both of those platforms (I can see it being better on Android myself as iOS's limitations may get in the way).

I'm primarily relying on Chrome to browse on Windows/iOS and Android. The synchronisation of my data between all devices is what's kept me on Chrome but would love to switch to Edge come Windows 10, especially if Edge ever does come to Android. I'll have to wait for the launch of Windows 10 for Windows sync at least as I still have machines on Windows 7 indoors - roll on the 29th so I can get Edge on all of my systems to try.

For all of our Windows machines still languishing on 7, I've got the upgrade reserved so a complete Windows 10 household on Desktop, Laptop and tablet awaits.

So, what has changed within MS to make me move?

Microsoft of the past always seemed a little introverted and always seemed to be geared to work best within their own platforms and ecosystems, unlike Google of old where I knew I'd be able to use my data however I wanted on whatever devices I'd own at the time but Nadella's Microsoft seems different. I know I can pick up any Android, iPhone or WP handset and have my Outlook data and OneDrive on tap, ready for synchronisation.

The changes Microsoft have made recently have had a hugely positive impression on me of the new, modern and nimble company that seems to have its services open to all (which makes sense from the services company perspective)

The Surface 3 - My brief thoughts.

My one is the lowest-end model:

It's been said by many on various comments and posts, but what a fantastic, versatile little device! I can't get over the feel of the actual tablet and the type cover is amazing given it's thinness. This whole post was written on the type cover and I've taken to the keyboard like a duck to water. My only bugbear is the trackpad but at this size, it was never going to have a lot of travel for my fat fingers.

The three setting kickstand works wonderfully and the display is superb. It's such a well built machine.

I've tested some Steam home streaming which worked great and even ran a few titles natively on the device and it worked surprisingly well.

3DMark Skydiver results for all my systems

It isn't a performance powerhouse but its just right for what I've thrown at it so far. 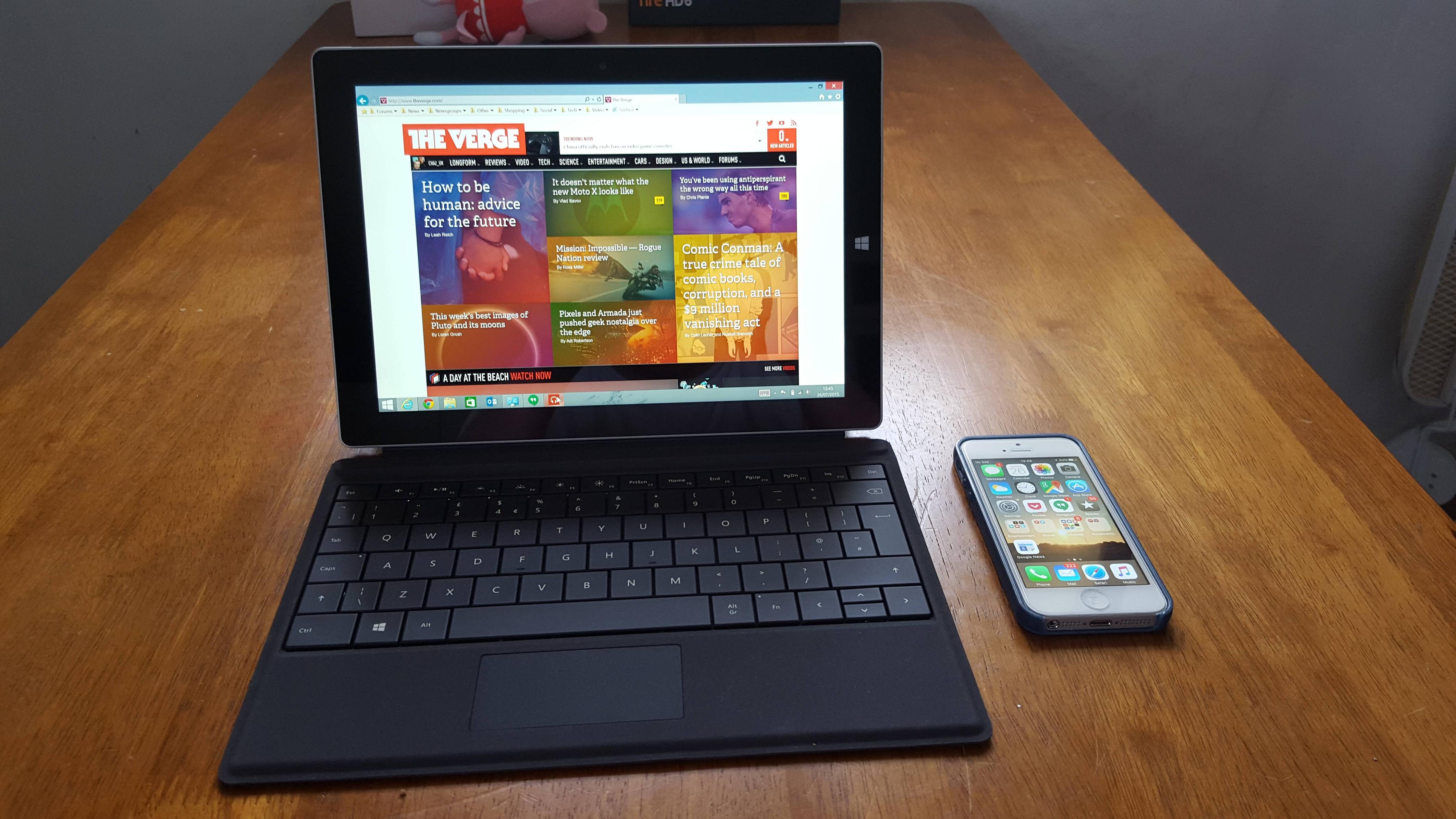 When the Surface RT launched, I thought it was another typical Microsoft move to get people locked into the Windows ecosystem, limited to only the Windows store and longed for a lower cost Intel Atom based Surface and here we are.

I never would have thought I'd see the day where Microsoft and the services it provides would give me openness to jump between rival devices and platforms but that is exactly the Microsoft we have today, and you know what? I'm glad to have a company take the place of the Google I used to know.

I see lots of posts how people are going away from Google out of spite for the company for one thing or another but I've moved, not out of spite or disdain for Google of any type but out of the improvements that Microsoft have made to what they offer and if people like me are gravitating away from rival services to Microsoft's in a positive way, this can hopefully only mean good things for the company.

Anyone else here been switching to Microsoft services from it's rivals and if you care to share them, what were your reasons to?

Thanks for making it this far and enjoy the rest of your weekend. :D