Although the overwhelming majority of PC gamers run Windows, it would be fair to say that their relationship with Microsoft has been fraught throughout the years. The disastrous Games for Windows Live initiative was a tone-deaf attempt to turn online gaming on Windows Vista into an Xbox-like experience. Windows 8, meanwhile, brought an unfriendly interface and a half-hearted App Store pricing model, which was met with a collective shrug by countless gamers worldwide who stuck with Windows 7. Valve CEO Gabe Newell told The Verge that “Windows 8 was like this giant sadness” that “just hurts everybody in the PC business.” Minecraft creator Notch said, “I’d rather have Minecraft not run on Windows 8 at all than play along” with Microsoft’s attempt to sell games itself.

Now, Microsoft is making a fresh push into PC gaming with Windows 10, and it comes at an interesting time for the company’s Xbox ambitions. Following the troubled launch of Windows 8, Microsoft proceeded to torpedo Xbox’s reputation by making its new console less powerful than the PlayStation 4, more expensive due to a mandatory Kinect bundle of dubious value, and more focused on entertainment features to the detriment of gaming.

“It was a tough time for the team, a tough time for what we were trying to do with Xbox,” says Microsoft’s Xbox chief Phil Spencer in an interview with The Verge. “Because a lot of the original ideas around Xbox One didn’t meet the expectations that Xbox fans have of what we should do with our product.” But after taking over from Don Mattrick, Spencer’s gamer-focused approach has started to pay off after hard decisions like unbundling Kinect; Microsoft’s E3 keynote last month was universally well received.

But, quite understandably, PC gamers might prove a hard bunch to convince.

Every Windows 10 installation includes the Xbox app, a major attempt by Microsoft to put its stamp on the PC gaming experience. It has much in common with the basic Xbox One interface — in fact, if you have an Xbox One, almost everything you see will be pulled from there. Your friends list, software library, and achievements are accessible through the app, as are features like messaging and party chat. The middle of the app is dominated by an activity feed that shows what you and your friends have been up to in chronological order.

You’re also able to connect to your Xbox One directly, control it from your PC, and stream games straight to your computer’s monitor. This is a cool feature that seems easy to set up, but I’ve been unable to get it to work — the Xbox app crashes every time I try to start a game. (Other Verge colleagues have had better luck.) It’s a shame, because I’ve gotten used to decoupling my Wii U and PlayStation 4 from the TV by beaming them to secondary screens.

All of these features are potentially neat for Xbox One owners, but the problem is that the vast majority of PC gamers don’t own an Xbox One — and at this point, the Xbox app is only really useful if you do. Here’s an example: I own a Steam copy of Ori and the Blind Forest, a game that launched this year on Xbox One and PC with considerable backing from Microsoft. If I play Ori in Windows 10, there are some things I can do through the Xbox app; pressing Win-G or the Xbox home button on my controller to take screenshots or record footage, for instance. But attempting to share those images or videos from the Xbox app brings up an error message that the game hasn’t been recognized. "Try making a capture from a newer game," says the optimistic pop-up.

So the Xbox app only really works best, or at all, if you buy most of your games through Microsoft. But right now, the company isn’t making much of an effort to make that a possibility. There is a Store button in the Xbox app, but all it does is launch the Windows 8-era store and jump to the games section. Xbox Live-enabled games didn’t exactly take off on Windows 8; as of today the store is populated with little more than mobile ports and Microsoft’s new, social versions of games like Minesweeper and Mahjong. The one big Windows 10 game to hit the store today is a new version of Minecraft, ironically enough given Notch’s prior statements on the Windows Store. But Microsoft can do things like that when it buys a studio for $2 billion. 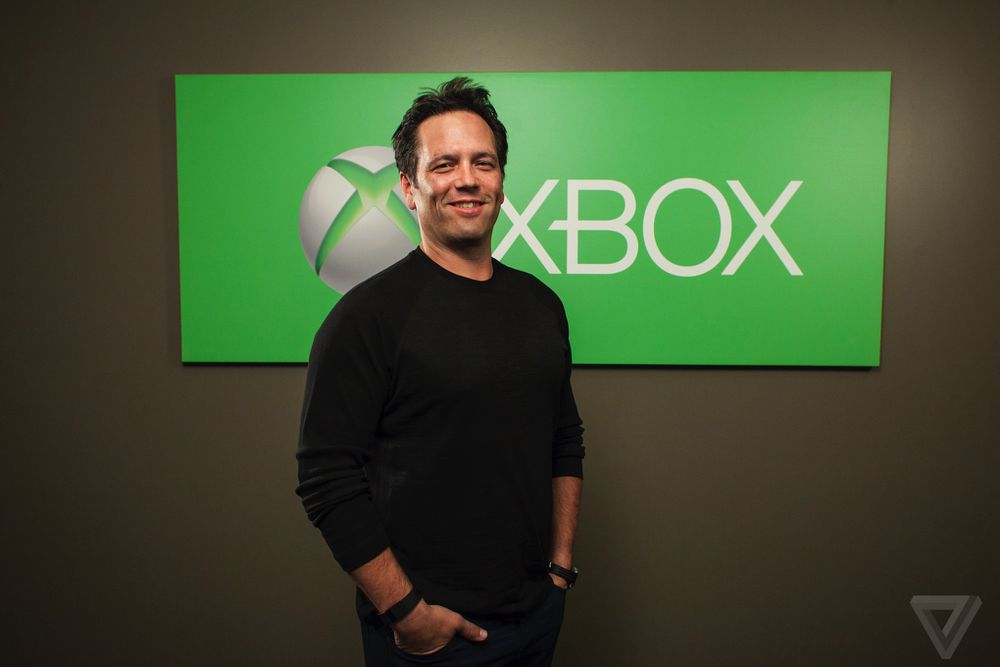 The problem with trying to own a slice of the PC ecosystem is that there’s a de facto ruler already: Steam. The PC’s open nature is one of its biggest strengths — Spencer correctly points out that Minecraft’s success came down to "a dude just creates a Java app, throws it up with a PayPal link, and all of a sudden it becomes massive." But in practice, most PC gamers are so entrenched in their Steam libraries that almost anything else is an unwelcome distraction. You’d be hard pressed to find anyone who enjoys firing up EA’s Origin or Ubisoft’s Uplay just to launch games from each publisher.

But Microsoft believes the Xbox ecosystem has something unique to add to Windows. "Back in the day with Games for Windows [Live] when it was out, really there was a sentiment inside the Xbox group that if we could only get those Windows people to play games on the console, that would help us sell more Xboxes," says Spencer. "I love selling more Xboxes. [But] more than selling more Xboxes, I love having people have fun on Xbox Live. I look at the opportunity on Windows to connect the ecosystems."

"Five years from now I want Steam to be incredibly popular and successful."

For existing Steam users who don’t care about the Xbox One, it’s unlikely that Microsoft will be able to propel its Xbox-on-Windows initiative beyond an occasionally-opened annoyance. But it may be able to get a foothold through the tried and true method of exclusive content. Microsoft has indicated that it’ll bring upcoming Xbox One titles like Fable Legends, Gears of War: Ultimate Edition, and Gigantic to Windows 10, with features like cross-platform multiplayer and the integration into the Xbox app that Steam games will miss out on. Looking at that lineup, though, it’s hard not to get the feeling that Microsoft’s gaming ambitions remain centered around selling Xbox consoles. Why no Halo 5: Guardians? Why no Gears of War 4? Why no Forza Motorsport 6? Microsoft doesn’t seem too invested in the concept of a PC gaming store, let alone the prospect of taking on Steam.

"Steam is massive and they’ve been incredibly important to the Windows gaming ecosystem," says Spencer. "Five years from now I want Steam to be incredibly popular and successful. We don’t have a strategy that Steam somehow takes anything from us. I look at the health of Steam as a harbinger of the health of Windows gaming." 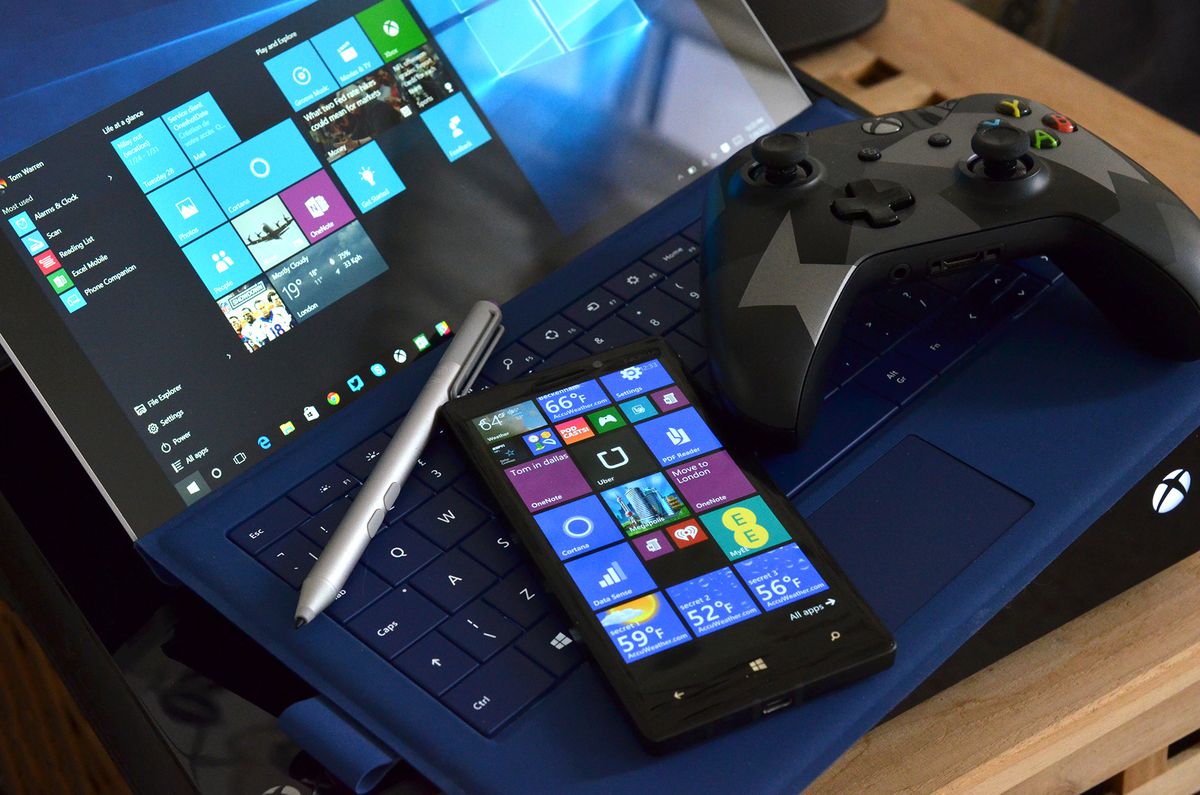 But even if the Windows Store never takes off, that doesn’t mean there’s nothing in Windows 10 to interest PC gamers. DirectX 12 will be a big deal when it’s adopted fully; the latest version of Microsoft’s gaming API will take better advantage of multi-core processors and multiple GPUs to offer potentially much stronger performance. AMD, which makes the CPU and GPU inside the Xbox One and PlayStation 4, says its new R9 390 GPU could show up to 15 times the theoretical detail under DirectX 12 than 11 — though you won’t necessarily need new hardware to see the benefits. (I should also note that I haven’t had any problems getting existing PC games to run well on Windows 10, which was an issue for many when Windows 8 launched.)

And for console gamers, some of the benefits of Windows 10 will also trickle down to the Xbox One. Spencer says that universal Windows apps will finally come to the Xbox this fall, and a unified store will follow. Shifting the underlying Xbox One operating system to Windows 10 — along with a dramatic UI overhaul — should improve performance, too. "Sometimes we see spinning circles more often than we would like, when we’re navigating the Xbox," he says. "There’s a lot of work that we’re doing to streamline — and we’re getting a lot of the usage data of really how an Xbox One is being used now — to streamline the UI. Windows 10 is making the Xbox UI faster, which is great."

It’s also worth noting, of course, that Windows 10 is the best-designed and most usable version of Windows in recent memory, and that if you do anything with your PC beyond gaming you’ll probably want to upgrade at some point anyway. It’s free, after all. But while Windows 10 itself seems likely to succeed, Microsoft’s gaming strategy remains harder to pin down. For Xbox One owners, Windows 10 comes with a bunch of neat features and integration. But if you’re a PC-only gamer, you may get more of a sense that Microsoft is trying to sell you an Xbox.