Chris Plante: You need to watch The Bachelorette. This season has been a trainwreck, giving viewers every reason not to watch the smoldering caboose sputter into the station of these final episodes. Hell, I have enumerated many of those reasons. The program has a regressive perspective of female empowerment, first giving a group of men the right to vote on who would be this season’s bachelorette, and later giddily shaming a woman’s sexuality to boost ratings. But, and this is a but that undermines much of that, the star of this season, Kaitlyn Bristowe, is a revelation. She’s brash. She’s funny. She’s the most real person to have ever appeared at the center of a reality television show.

I’m not the first to notice Bristowe’s uncanny ability to be a normal human, which is to say someone as flawed and fickle as they are charming, funny, and thoughtful. Through better and worse, she has flouted the rigid expectations that come with dating a couple dozen men on broadcast television, and instead experienced a month-long world-wide trip with so many suitors as one should: with abandon.

A woman is dismantling the hypocritical fairytale exterior of reality TV

Tonight, the show will give Bristowe the time it allots each season for her to sleep with a predetermined number of contestants. But the bachelorette has already spent "private time" with one of the men, an act the show presents as a travesty, and any adult who has dated sees as perfectly benign.

Right now a woman is dismantling the hypocritical fairytale exterior of reality TV’s biggest dating show, and you would be remiss to skip it. Even if, like my friend Emily, you have somehow resisted this season till now. 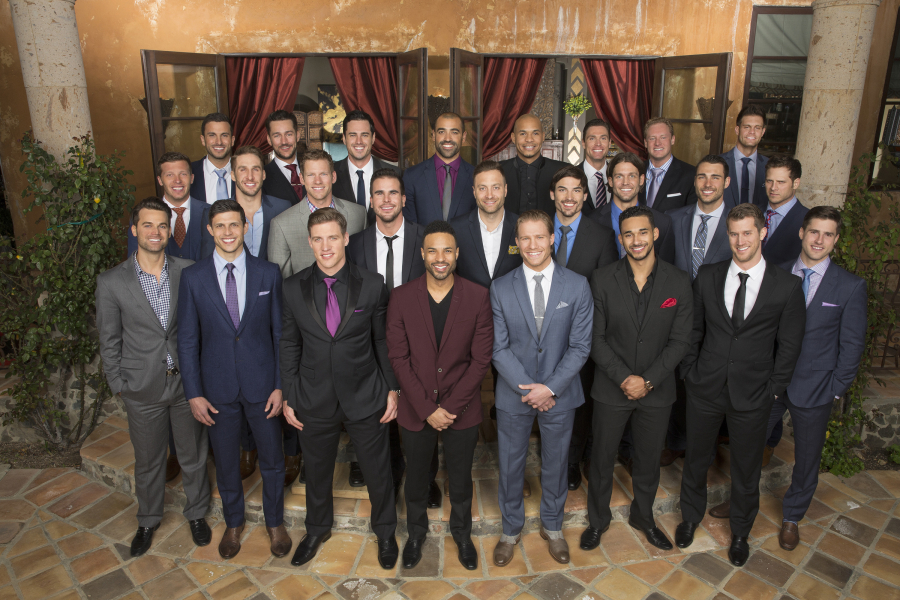 Emily Yoshida: It happened sometime in the hours after Chris Soules bestowed the final rose upon his (now ex-) fiancée Whitney Bischoff. We — by we I mean Bachelor Nation, whose 2016 presidential ticket would obviously be Chris Harrison b/w Michelle Money — had finally reached the end of another dramatic, shocking season, a season yours truly may have at one point described as "sublime." And as Harrison got ready to unveil the next bachelorette(s) to a rabid studio audience, I had something like a moment of clarity: I was done with this franchise.

I had something like a moment of clarity: I was done with this franchise

From the outside, it may have seemed like I was quitting just at the peak of the Bachelor fan experience — a truly weird Bachelor season that was leaps and bounds ahead of its predecessors as far as production and storytelling, a gimmicky double-Bachelorette season on the way. But my estimation of the just-finished season fell precipitously the moment Chris Harrison confirmed for us what a wild, dramatic, and unprecedented season it had been in Bachelor History. He does that every season, and it’s always a callback to the premiere episode, in which he promises a wild, dramatic, and unprecedented season in Bachelor History. Chris Soules’ season had felt in constant danger of flying out of The Bachelor’s already tenuous orbit of sanity, and for that reason, this time the crash back down to reality was all the more sobering. No matter how it perfects its formula, The Bachelor is the donut of reality shows: the fun is in the anticipation and the moment when you’re actually biting into it. But its regret margin is infinitesimal, and it takes almost no time once the digestion process has started to feel as if you’ve wasted your time (unlike, say, the noble Oreo, which continues to feel rewarding long after you’ve eaten too many).

As a recent recovered resident of Bachelor Nation, I’m here to tell you, Chris, that The Bachelorette is not going to give you an unconventional dismantling of the very social structures that keep it in operation, and if it does, it will 100 percent be on its own terms. When you think you’re watching Weird Bachelor or Anti Bachelorette you’ll still be trapped in its sticky, network-approved web. It’ll make you feel free, but when that first Bachelor In Paradise promo goes up and you feel your serotonin begin to spike, how free are you, really? 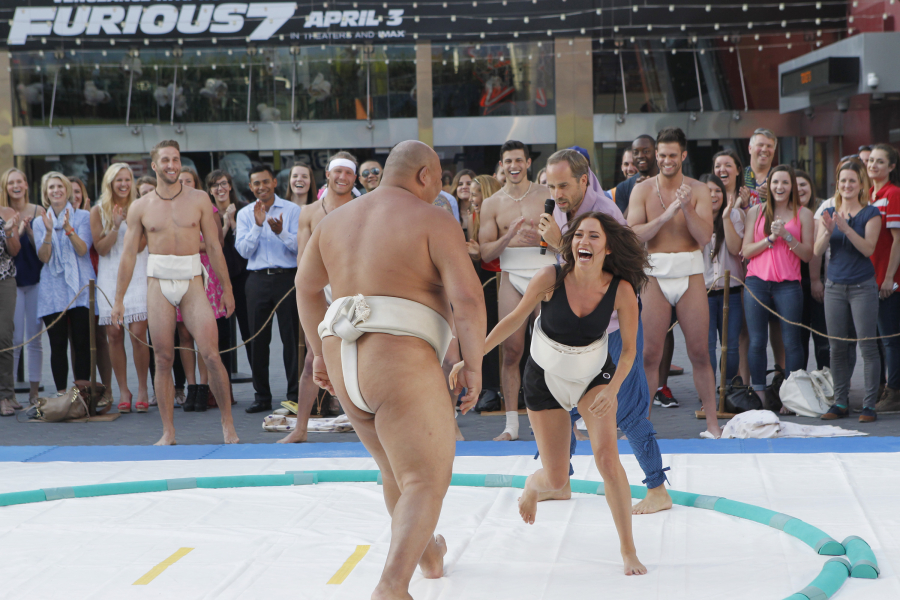 Plante: You’re right — if The Bachelorette is to be dismantled from within, it will only be because its producers have calculated such a thing will attract the highest number of potential viewers and a plump ad rate to match. And you’re also correct that the anticipation and hype that the show conjures is more often better than the show itself.

But let’s be real: a claim like "The Bachelor is the donut of reality shows" is bigger than both the donut and The Bachelor franchise. Pop culture has been and always will be junk food, and to enjoy with nominal regret requires a willingness to find the good within all the bad. If we want to talk about a hard crash back to reality, let’s recall the despondent viewers of Age of Ultron, shuffling from the theaters this summer, trying to convince themselves what they saw warranted a year-long hype-cycle.

Pop culture has been and always will be junk food

Unlike Age of Ultron, and so much pop culture, what brings me back to The Bachelor franchise is its occasional, but sincere glimpses into the lives of real people trying to make sense of the weird world of love we live in. Does The Bachelorette bear any resemblance to dating in real life? Of course not. But dating in real life today is unlike dating any time before it. We have the luxury of choice at a scale that surpasses this show. We have apps dedicated not just to dating, but the various purposes dating serves. We have countless methods to stay in contact, and countless ways within each method to fuck things up. And thanks to social media, our romantic lives have a constant, hungry audience.

The Bachelorette is the closest mainstream culture has to a shared therapy session about our modern love angsts. I have a feeling more people can relate to this breakup between Brooks and Desiree than, well, any break-up on any sitcom of the last decade.

But perhaps more importantly, The Bachelorette is a safe option for us to publicly gab about the relationships of people we don’t know the way we privately gab about the people we do know. It’s also a prompt for conversations about social norms. The slut shaming of Kaitlyn Bristowe on ABC has been horrid, but it’s inspired countless op-eds about a woman’s right to her own sexuality, and surely inspired some healthy conversations in American living rooms.

And so I concede that yeah the show is sort of awful… awfully good at making us talk about our deepest fears and anxieties, that is! I’ll see myself out. 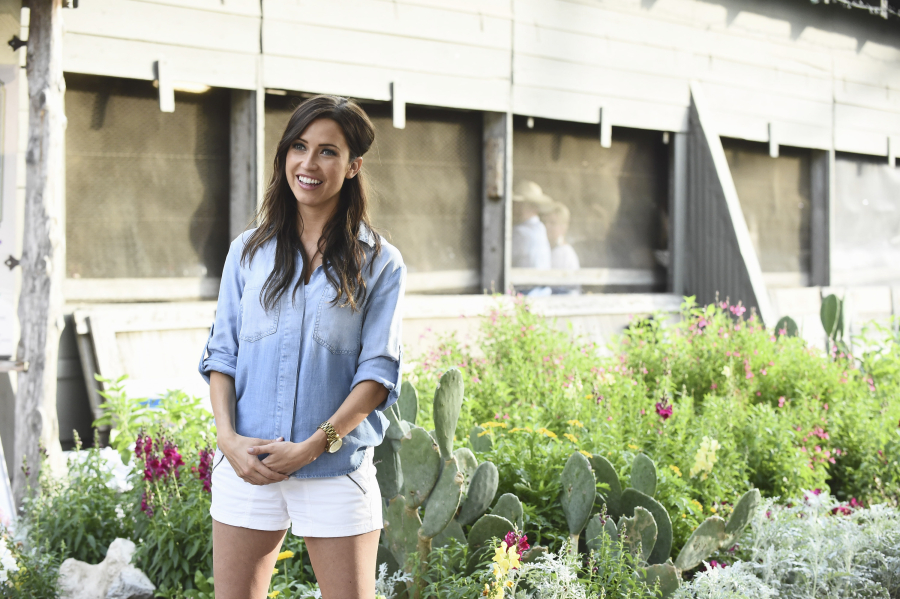 Yoshida: The best moment of each season of The Bachelor/ette is when the disgraced runner-up comes back for the reunion show to sit in the hot seat opposite Chris Harrison. Any normal human, when asked about the experience of being broken up with on television, would probably not have very good feedback, but the reject is always groomed and glowing, emphatic that they still believe in love / the power of television, and are ready to be the newest bachelor/ette. It’s so much of our modern experience in a nutshell: a fundamental belief in the goodness of the world that’s become so entwined with mercenary narcissism as to make the two halves indistinguishable.

But it’s also a direct mirror of our experience as viewers: we’ve been disgraced by the end of the show (as well done as the show can be, a dull final third is basically a fact of each season by now which we keep bullishly plowing through) but we try to spin it as a learning experience, if only to explain where those 26 hours of our lives went. Don’t get me wrong, there’s lots that we can learn via Kaitlyn and The Bachelor — not everything, but a large percentage of what I know, I learned from The Bachelor. But at this point I feel like I’m ready to graduate and learn about something else. Big Brother, maybe?