NASA is having a very glitch-filled week. On Saturday, the space agency's Pluto-bound New Horizons spacecraft encountered an anomaly that caused the probe to stop communicating and switch to its backup computer. And now, it looks like NASA’s Dawn spacecraft — which is currently orbiting above dwarf planet Ceres — also suffered an anomaly in its system on June 30th that caused it to go into safe mode.

Fortunately for NASA, both of the issues were resolved relatively quickly. Space agency officials noted that they discovered the source of the New Horizons glitch within a few hours and were able to get the spacecraft back operating on its main computer by Sunday. As a result, a few scientific observations were lost over the weekend. NASA claims neither the probe's hardware nor its software were damaged during the incident. New Horizons resumed its normal scientific operations today and is still on track for its July 14th flyby of Pluto.

As for Dawn, NASA says the spacecraft experienced its anomaly as the probe was preparing to move to another orbit configuration around Ceres. When Dawn turned on its ion engines, the probe detected a glitch in the software that controls its orientation. The vehicle responded much like New Horizons did — by switching to its backup computer. Engineers have since been able to return Dawn back to its normal operating mode, but the spacecraft will remain in its old mapping orbit until the flight team figures out what went wrong. The good news is Dawn also didn’t suffer any irreparable damage to its systems, according to NASA.

Still, what an eerie and unfortunate trend for NASA this week. Glitches: gotta catch 'em all. 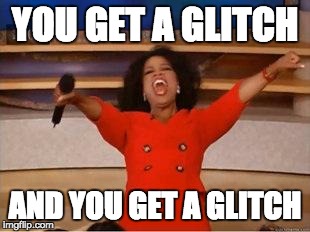