The Iron Giant is coming back to theaters this fall

The Iron Giant is coming back to theaters this fall

Warner Bros. and Fathom Events are teaming up to bring The Iron Giant back to life. The beloved 1999 animated film is being remastered and augmented with new footage, and it's coming to select American theatres as what the studio's calling the "Signature Edition" on September 30th. There'll also be an encore presentation in select theatres a few days later on October 4th.

The original film, an adaptation of Ted Hughes' 1968 novel The Iron Man, marked Brad Bird's directorial debut. Bird would go on to direct the phenomenally successful Pixar films The Incredibles (2004) and Ratatouille (2007) before leaping into live action with 2011's Mission: Impossible — Ghost Protocol. Tender and thoughtful, The Iron Giant was an instant critical sensation, but it failed to impact the box office in any significant way.

The movie influenced a generation of smart, ambitious animation

Despite its commercial failure, the movie launched Bird's career and influenced a generation of similarly smart, ambitious animated features. And if you were one of the legions of fans who fell in love with Vin Diesel's Groot in last year's Guardians of the Galaxy, you may have The Iron Giant to thank — Diesel gave an evocative, affecting performance as the titular robot.

There's still a lot of information yet to be revealed about the Signature Edition: tickets aren't on sale yet, and we don't know which theaters are going to be showing the movie. (If you're interested, you might want to set an alert — I have a feeling this'll be a hot ticket.) But we do have a poster — Bird tweeted it this afternoon — and a confirmed presence at this week's Comic-Con festivities. 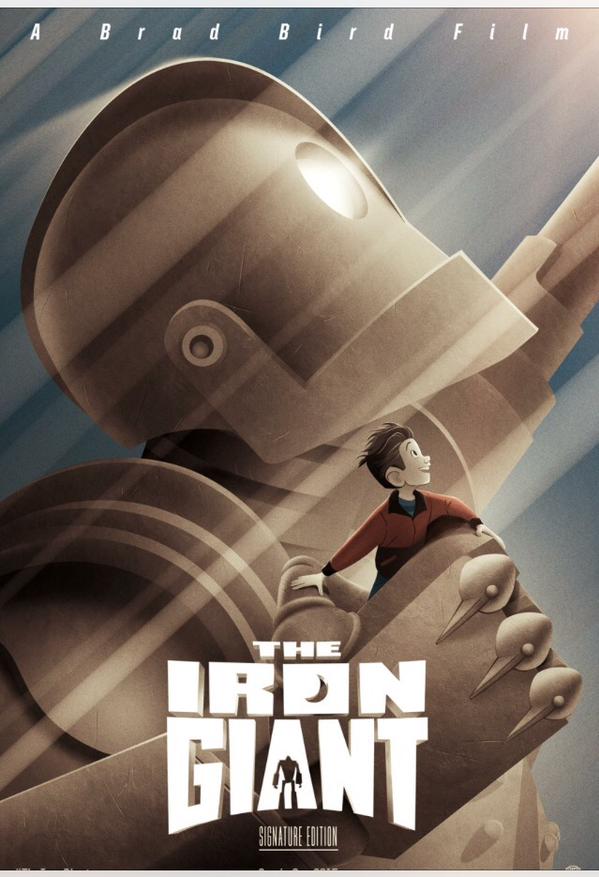